Danakil Depression | The Most Uninhabitable & Hottest Place On Earth

Known as the “gateway to hell”, the Danakil Depression in Ethiopia is scorching hot and one of the most alien places on Earth. 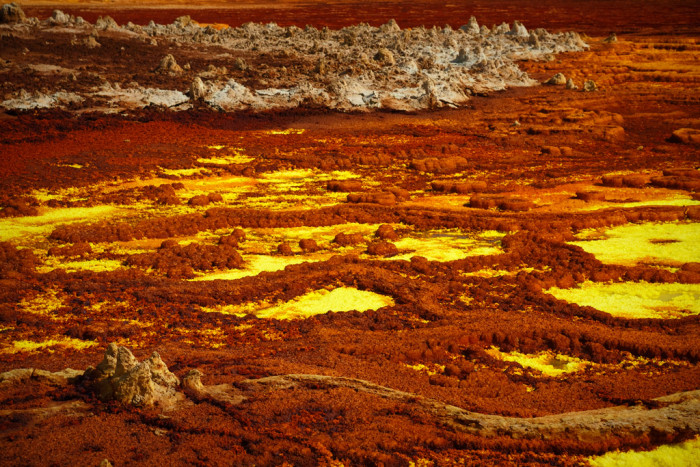 The Afar Triangle in Africa is a desolate and deserted region, which is also home of the Danakil Depression, a place where only the brave dares to go. It's the hottest place on Earth and during the summer months, it can get up to a high of 55 degrees Celsius (131 degrees Fahrenheit) thanks to geothermal heat. Danakil is dotted with lava lakes that bubble inside the volcanic calderas of the Dallol area, and hot springs and hydrothermal pools permeate the air with the distinct rotten-egg smell of sulfur.

The youngest volcano, called Dallol, is relatively new. It first erupted in 1926. The whole region is more than 100 meters below sea level, making it one of the lowest places on the planet. Amazingly, despite its toxic environment and lack of rainfall, it's home to some life forms, including microbes.

Source = "Amazing Places on Our Planet"

For such an extreme place, Danakil also has some extreme features. There's a large salt dome volcano called Gada Ale that measures two kilometers across and has spread lava around the region. Nearby bodies of water include a salt lake, called Lake Karum, 116 meters below sea level, and another very salty (hypersaline) lake called Afrera. The Catherine Volcano, a shield volcano, has been around for just under a million years, covering the surrounding desert area with ash and lava. There are also major salt deposits in the region. The Afar people mine it and transport it to nearby cities for trade via camel routes. 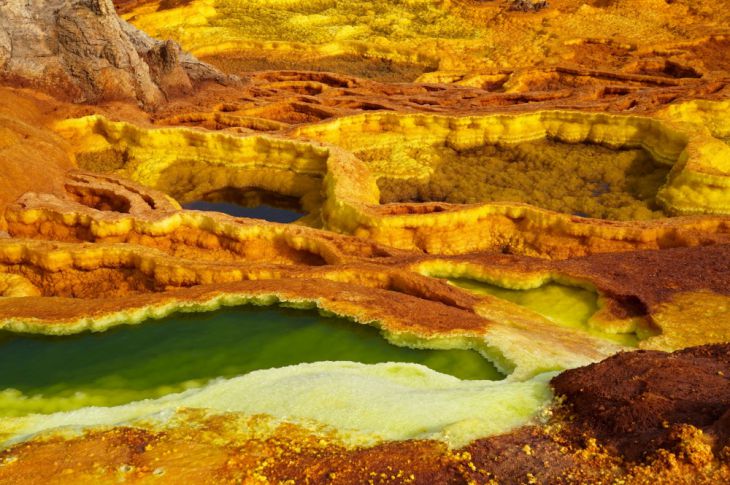 The hydrothermal pools and hot springs in this region are teeming with microbes. Such organisms are called "extremophiles" because they don’t thrive in extreme environments, like the inhospitable Danakil Depression. These extremophiles can withstand high temperature, toxic volcanic gases in the air, high metal concentrations in the ground, as well as high saline and acid content. Most extremophiles in the Danakil Depression are extremely primitive, prokaryotic microbes, some of the most ancient life forms on our planet. 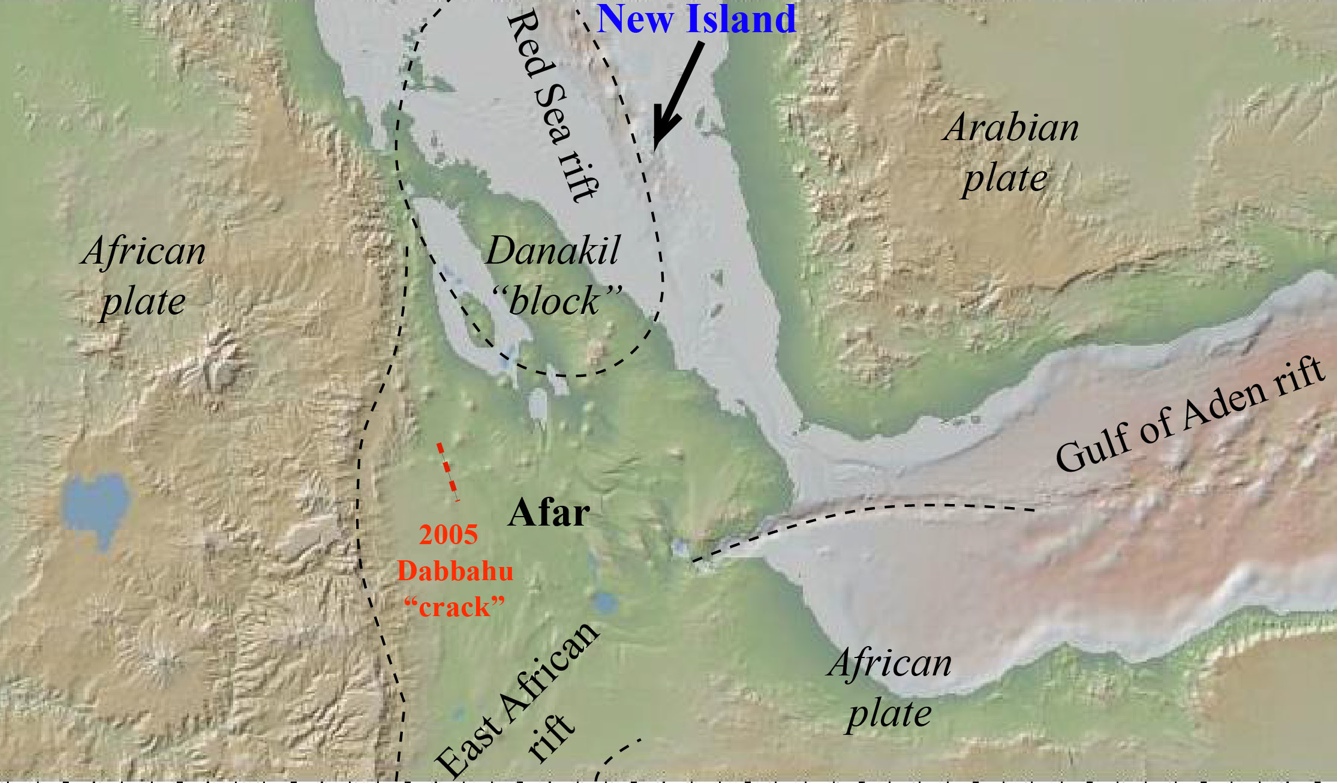 As the tectonic plates underlying the Danakil Depression continue their slow movement apart (at about three millimeters a year), the land will continue to drop farther below sea level. Volcanic activity will continue as the rift created by the moving plates widens.

In a few million years, the Red Sea will come pouring into the area, extending its reach and perhaps forming a new ocean. For now, the region draws scientists to research the types of life that exist there and map the extensive hydrothermal "plumbing" that underlies the region. Inhabitants continue to mine salt. Planetary scientists are also interested in the geology and life forms here because they may hold clues to whether or not similar regions elsewhere in the solar system could also support life. There is even a limited amount of tourism that takes hardy travelers into this "hell on Earth." 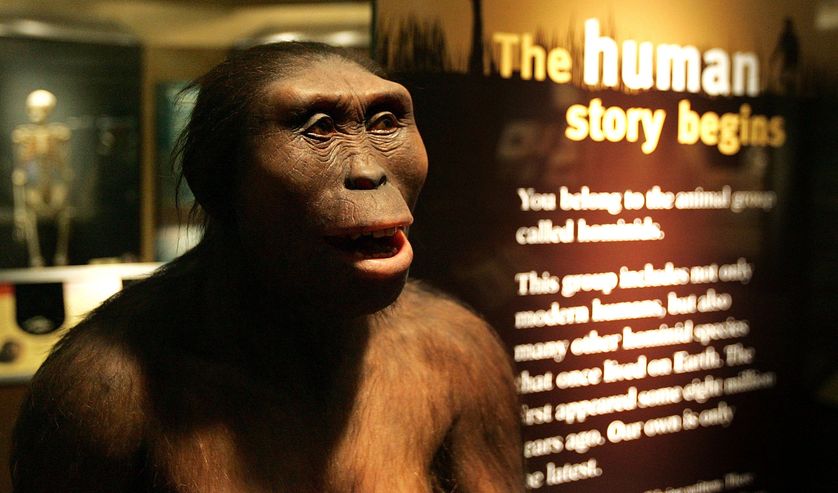 As inhospitable as the environment is around Danakil, it seems that this area played a role in the evolution of humanity. In 1974, researchers led by paleoanthropologist Donald Johanson found the fossil remains of an Australopithecus woman nicknamed "Lucy". The scientific name for her species is "australopithecus afarensis" as a tribute to the region where she and fossils of others of her kind have been found. That discovery has led to this region being dubbed the "cradle of humanity".

Strange places like these are intriguing to say the least, which attracts adventure tourists and researchers 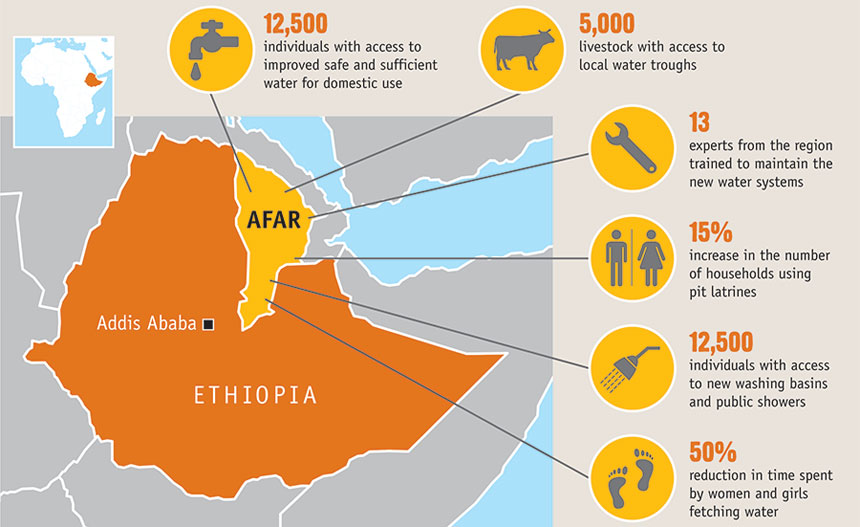 Trips to the Danakil Depression can be organised through tour operators in Addis Ababa, Mekele and elsewhere. Tours starting in Addis usually enter or exit from the south via Serdo, with formalities handled in Semera. From the Mekele side, registration and hiring of security is done in Berhale.The going rate in Mekele is US $ 600 per day with a big-enough group, but all prices are negotiable – remember, however, that obtaining a discount may be a false economy as the operators may then be forced to cut back on essentials such as food and water.

Two days is a minimum for visiting the Danakil, including a visit to Irta'ale Volcano, but three- and four-day excursions are also possible; the latter will enable you to visit Irta’ale, Dallol and Lake Asale. 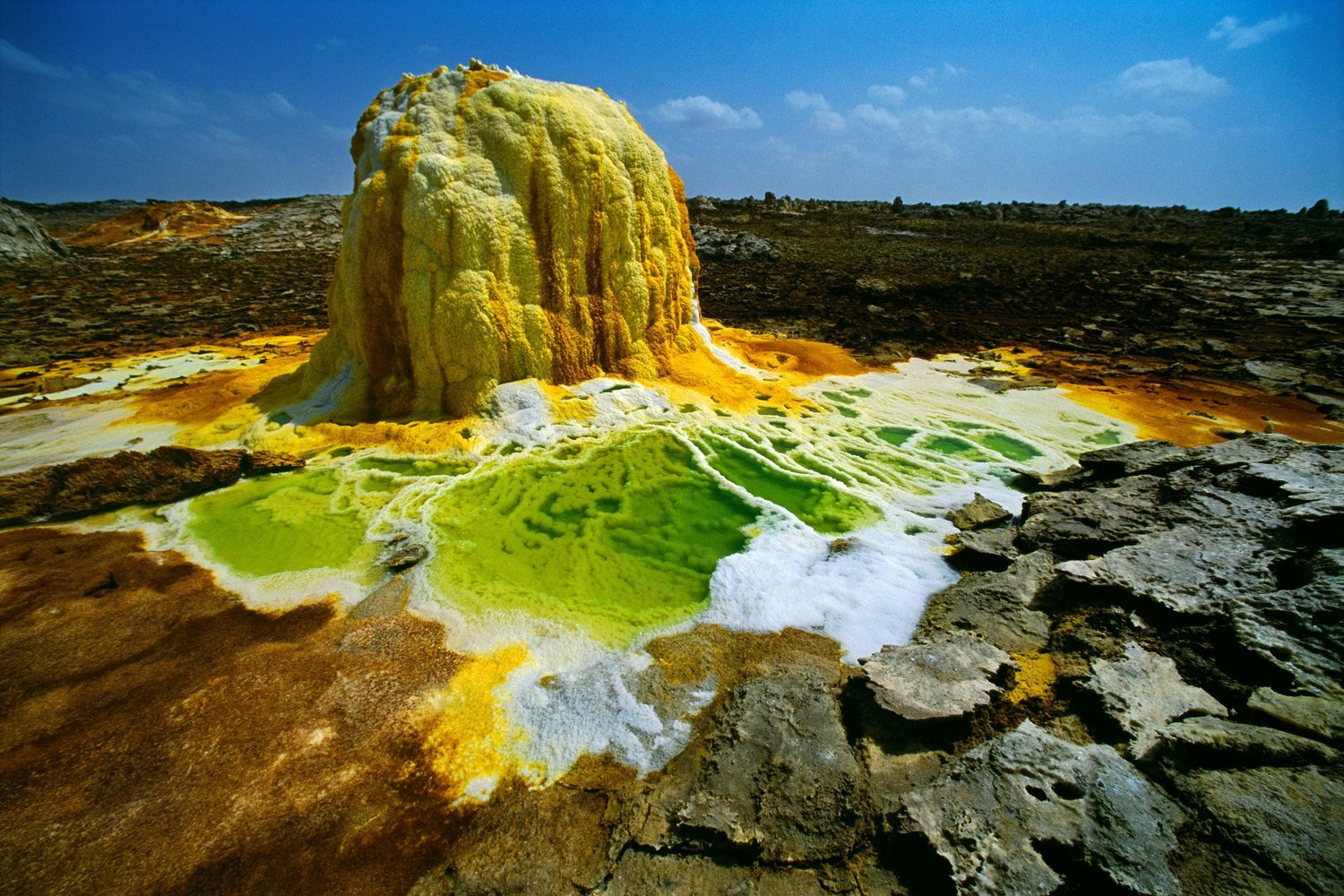 One of the Danakil’s must-sees is Dallol (125 m below sea level at its base), about 20 kms north of Hamedela, where great warts of twisted sulphur and iron oxide paint a yellow and orange landscape that looks more like a coral reef than anything you’ve ever seen above the waterline. The base of the hill is the lowest place in Ethiopia and the hottest place on Earth, with a year-round average temperature of 34.4°C. The dry, cracked bed of Lake Asale alongside Dallol is where the Afar people hack blocks of salt out of the ground. The famous camel caravans load up here and you can stop to watch. 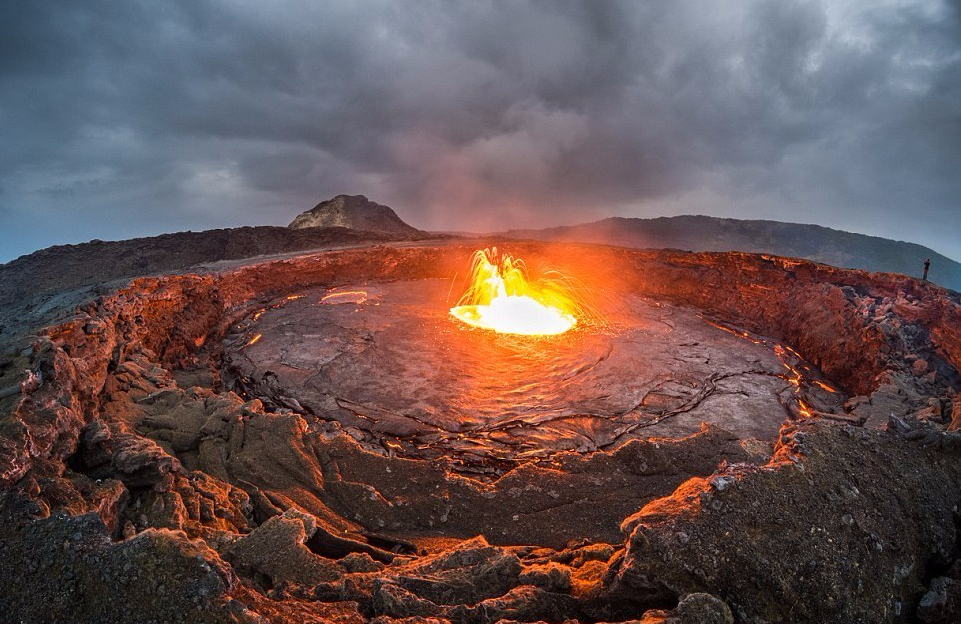 The Danakil’s most amazing site is Irta’ale Volcano (613 m), which has been in a state of continuous eruption since 1967. Its small southerly crater is one of the only permanent lava lakes on the planet. The climb is long (15 km; three to four hours) but not steep; the heat and darkness (you climb after dinner) create the difficulty. Camels will transport the gear for the night and riding one is an option. You’ll need a torch and it can get cool enough at the summit that you may want a light jacket or sleeping bag – make sure the operator organising your expedition has all of these covered. 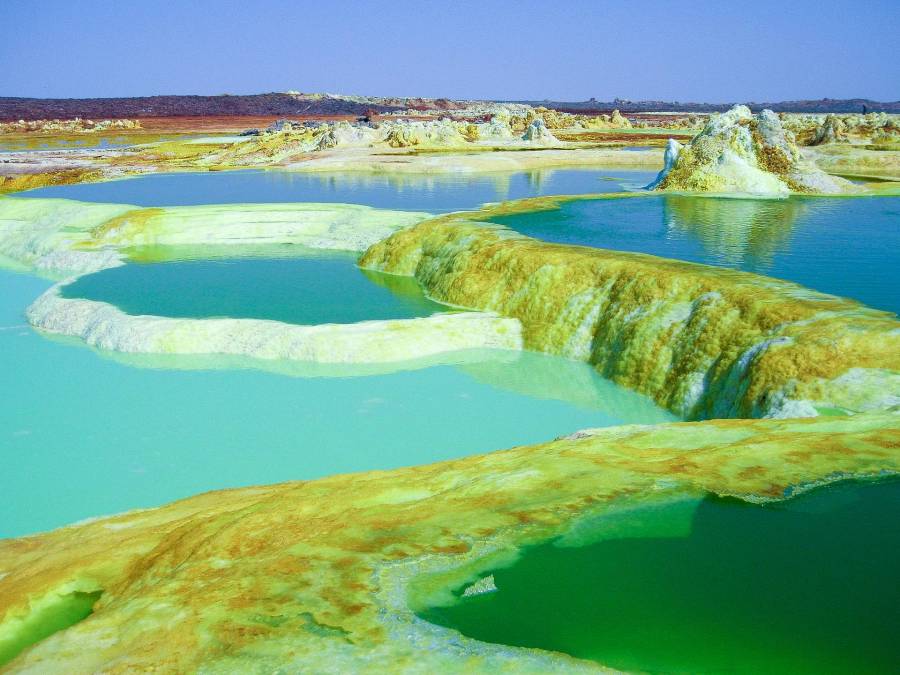 Seldom visited (usually only by tours starting in Addis) is Lake Afdera (102m below sea level), sometimes called Afrera, which is 60km (up to six hours by 4WD!) south of Irta’ale. Salt is extracted from its green waters and you can swim in it or the nearby hot springs.

Ethiopia Has A Very Diverse Range Of Diseases, So Proper Health Related Preparation Is Essential 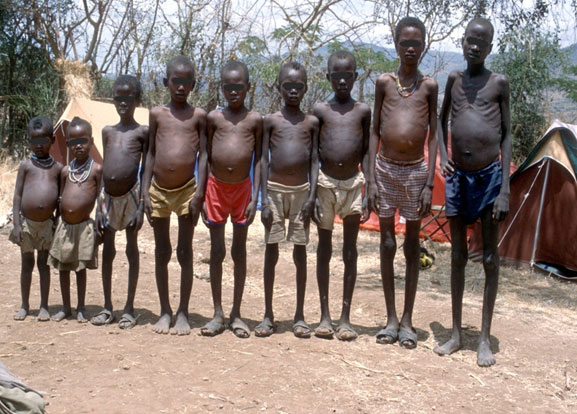 Decent health care is quite easy to access in Addis Ababa, less so elsewhere. Ethiopia certainly has an impressive selection of tropical diseases on offer, but as long as you stay up to date with your vaccinations and take some basic preventive measures, you’re much more likely to get a bout of diarrhoea, a cold or an infected mosquito bite than an exotic disease such as sleeping sickness.

The Biggest Factor Which Directly Affects The Health Is The Environment 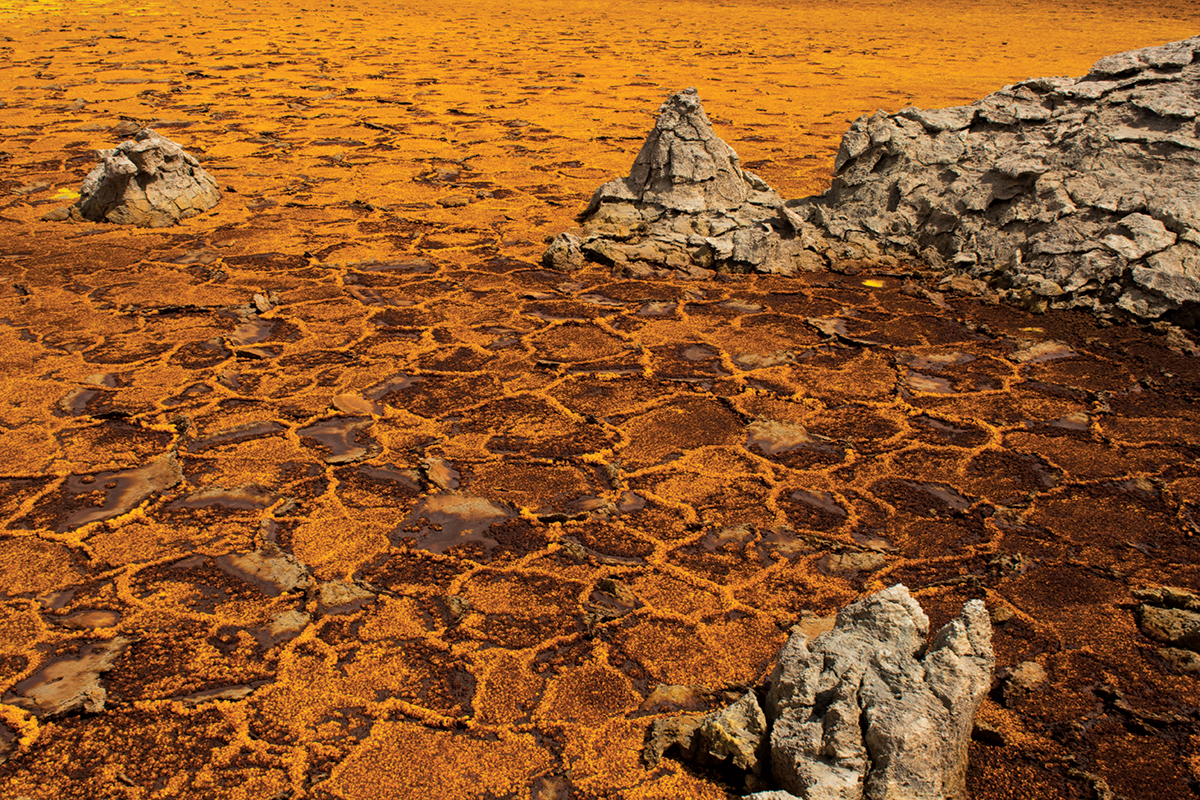 High temperatures mean that you should pay close attention to your fluid intake and make sure that you use some protection from the sun. Bites and stings from insects are common but relatively easy to prevent, while snake bites are extremely rare. 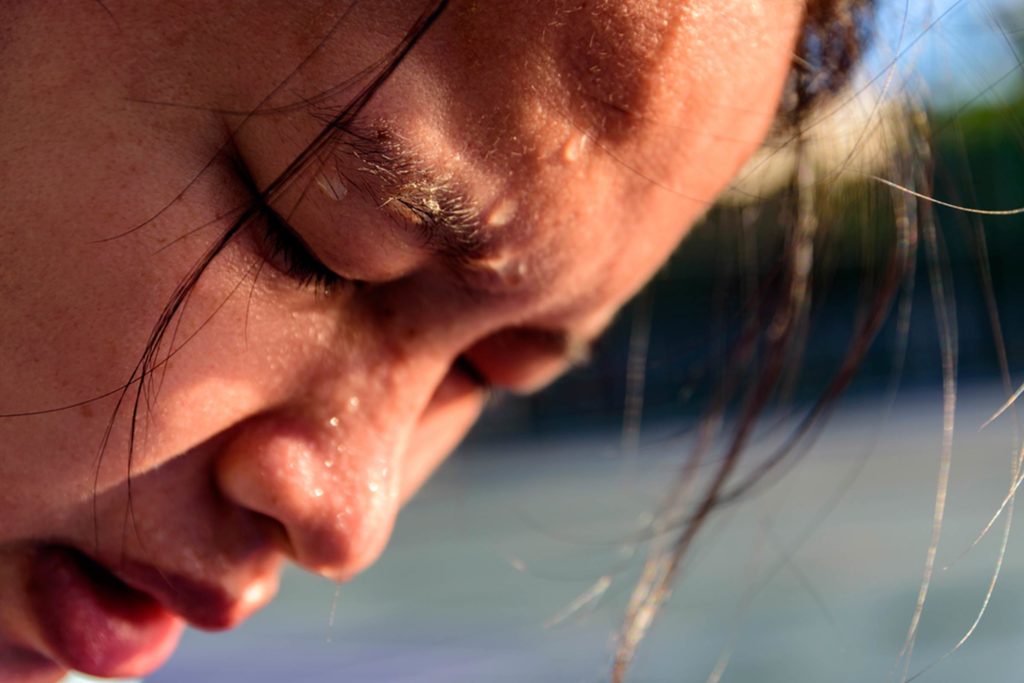 This condition occurs following heavy sweating and excessive fluid loss with inadequate replacement of fluids and salt, and is particularly common in hot climates when taking unaccustomed exercise before full acclimatisation. Symptoms include headache, dizziness and tiredness. Dehydration is already happening by the time you feel thirsty; aim to drink sufficient water to produce pale, diluted urine. Take particular care in the Danakil Depression.

Which Can Be Self-treated 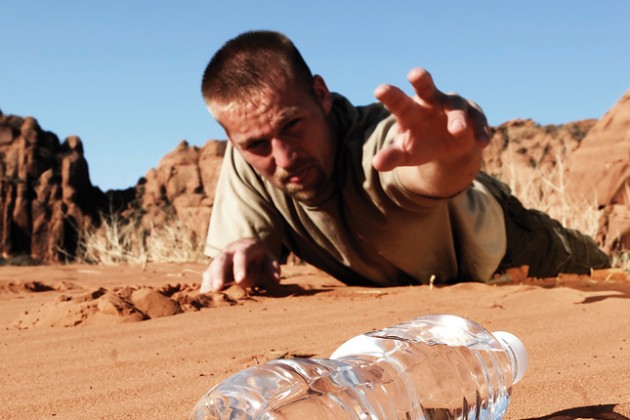 Fluid replacement with water and/or fruit juice, and cooling by cold water and fans. The treatment of the salt-loss component consists of consuming salty fluids as in soup, and adding a little more table salt to foods than usual.

Heat Exhaustion Leads To Heatstroke If Not Treated 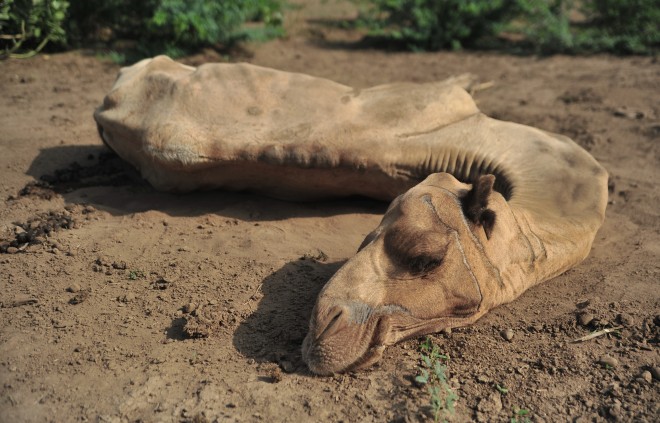 Heat exhaustion is a precursor to the much more serious condition of heatstroke. In this case there’s damage to the sweating mechanism, with an excessive rise in body temperature; irrational and hyperactive behaviour; and eventually loss of consciousness and death. Rapid cooling by spraying the body with water and fanning is ideal. Emergency fluid and electrolyte replacement is usually also required by intravenous drip.

Besides environmental hazards, animals and insects also pose a threat to life

Repellents Can Save You From Malaria/Dengue Causing Mosquito Bites 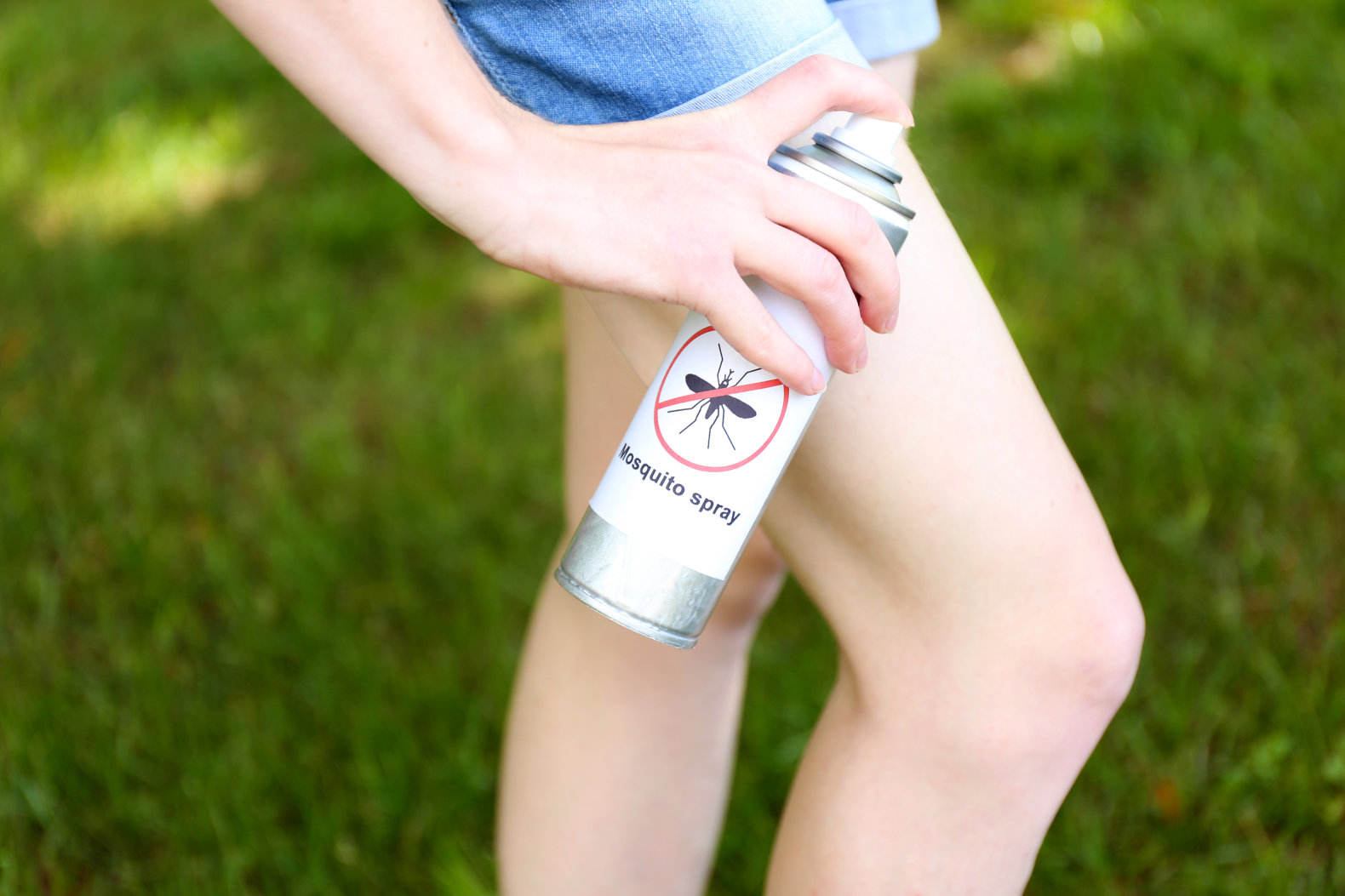 Mosquitoes might not always carry malaria or dengue fever, but they (and other insects) can cause irritation and infected bites. To avoid these, take the same precautions as you would for avoiding malaria. Use DEET-based insect repellents. Excellent clothing treatments are also available; mosquitoes that land on treated clothing will die.

Epinephrine Should Be Carried For Bee And Wasp Stings 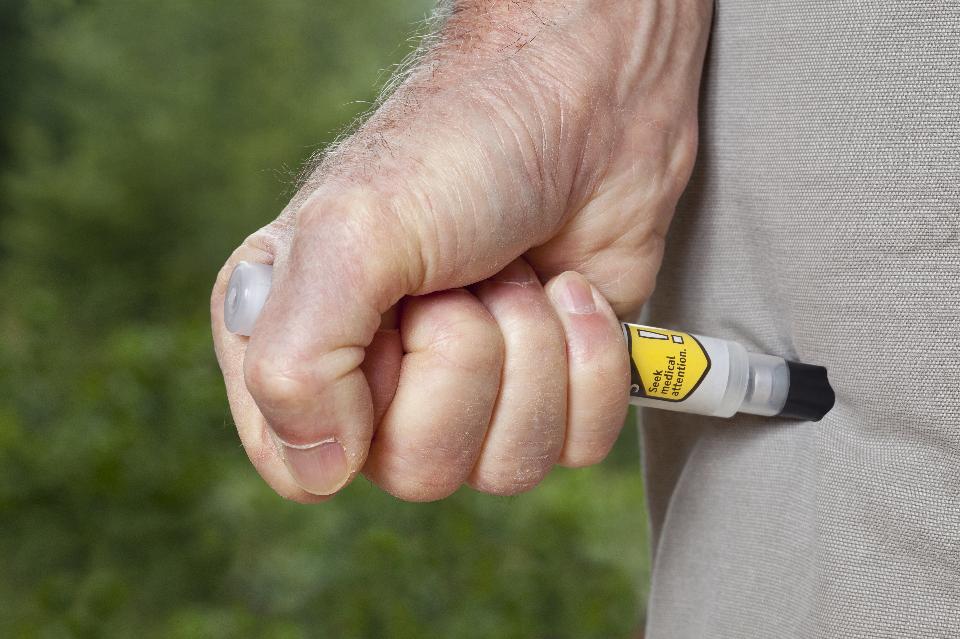 Bee and wasp stings cause real problems only to those who have a severe allergy to the stings (anaphylaxis). If you’re one of these people, carry an ‘epipen’: an adrenaline (epinephrine) injection, which you can give yourself. This could save your life. 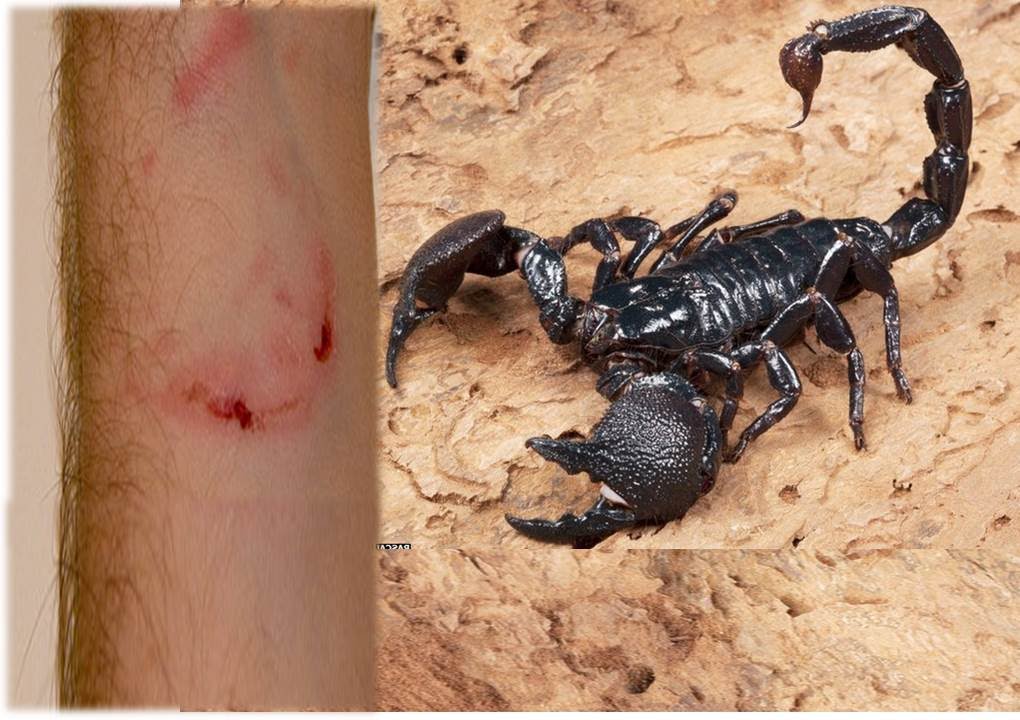 Scorpions are frequently found in arid or dry climates. They can cause a painful bite that is sometimes life-threatening. If bitten by a scorpion, take a painkiller. Medical treatment should be sought if collapse occurs.

Allergic People Should Be Vary Of Bed Bugs And Fleas 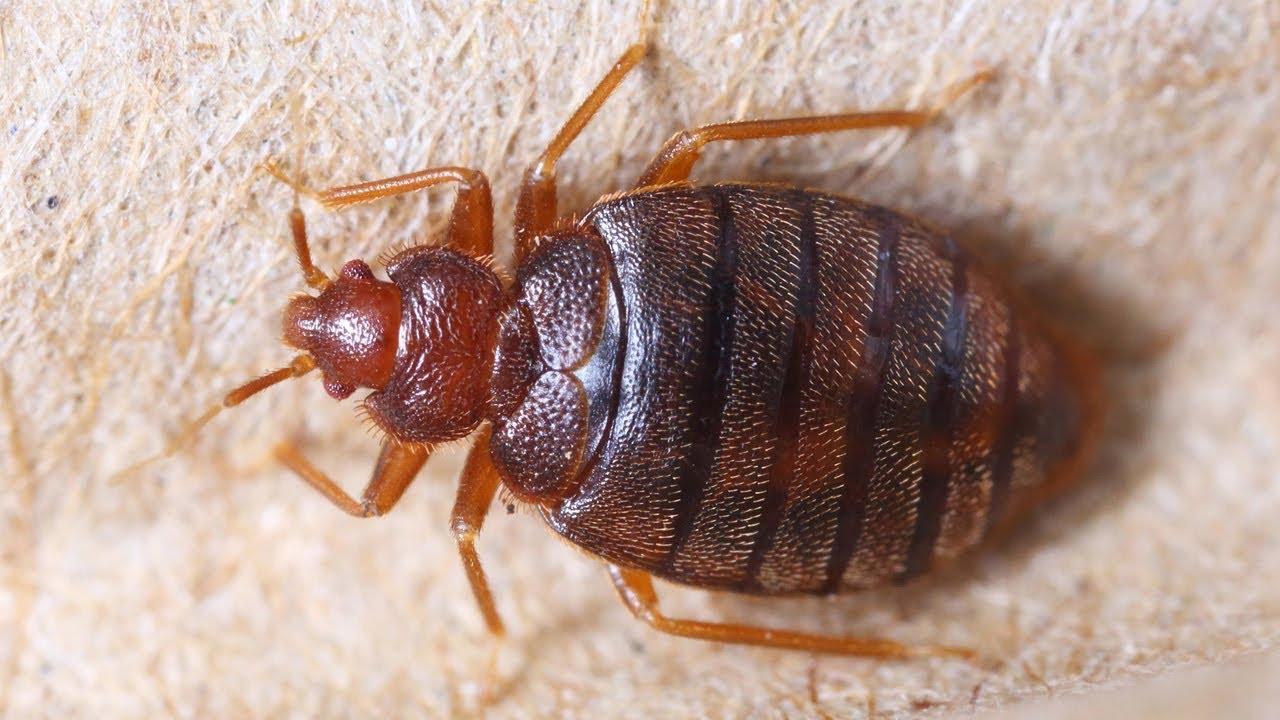 Fleas and bed bugs are often found in cheap hotels. Fleas are also common on local and long-distance buses and in the rugs of some remote churches. They lead to very itchy, lumpy bites. Spraying the mattress with crawling-insect killer after removing bedding will get rid of them.

Scabies Are A Menace But Malathion Lotion Can Cure The Itches 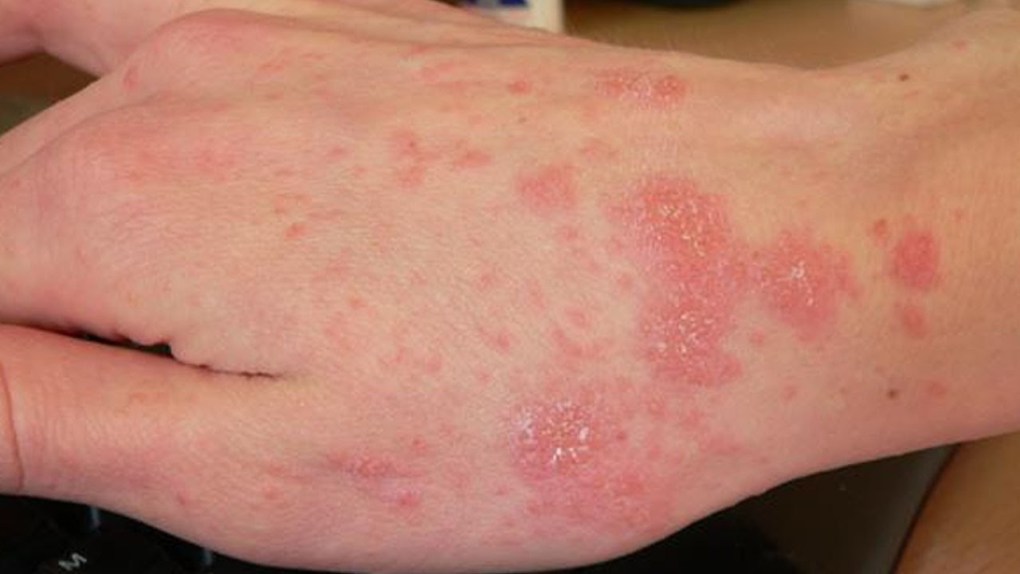 Scabies is also frequently found in cheap accommodation. These tiny mites live in the skin, particularly between the fingers. They cause an intensely itchy rash. The itch is easily treated with malathion and permethrin lotion from a pharmacy; other members of the household also need treating to avoid spreading scabies, even if they do not show any symptoms. 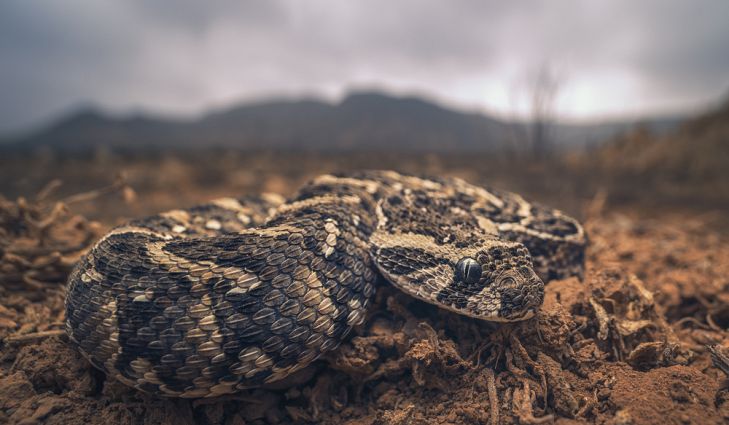 Basically, do all you can to avoid getting bitten! Do not walk barefoot, or stick your hand into holes or cracks. However, 50% of people bitten by venomous snakes are not actually injected with poison (envenomed). If you are bitten by a snake, do not panic. Immobilise the bitten limb with a splint (such as a stick) and apply a bandage over the site, with firm pressure, similar to bandaging a sprain. Do not apply a tourniquet, or try to cut or suck the bite. Get medical help as soon as possible so you can get treated with an antivenom if necessary.

These parasites are relatively common in Ethiopia and the Horn. Eating Ethiopian traditional food like kitfo and tere sega (raw meat dishes) in rural areas is usually the cause. Consider having your stool tested when you get home to avoid future health problems.

Untreated Water Is A Leading Cause Of Major Diseases 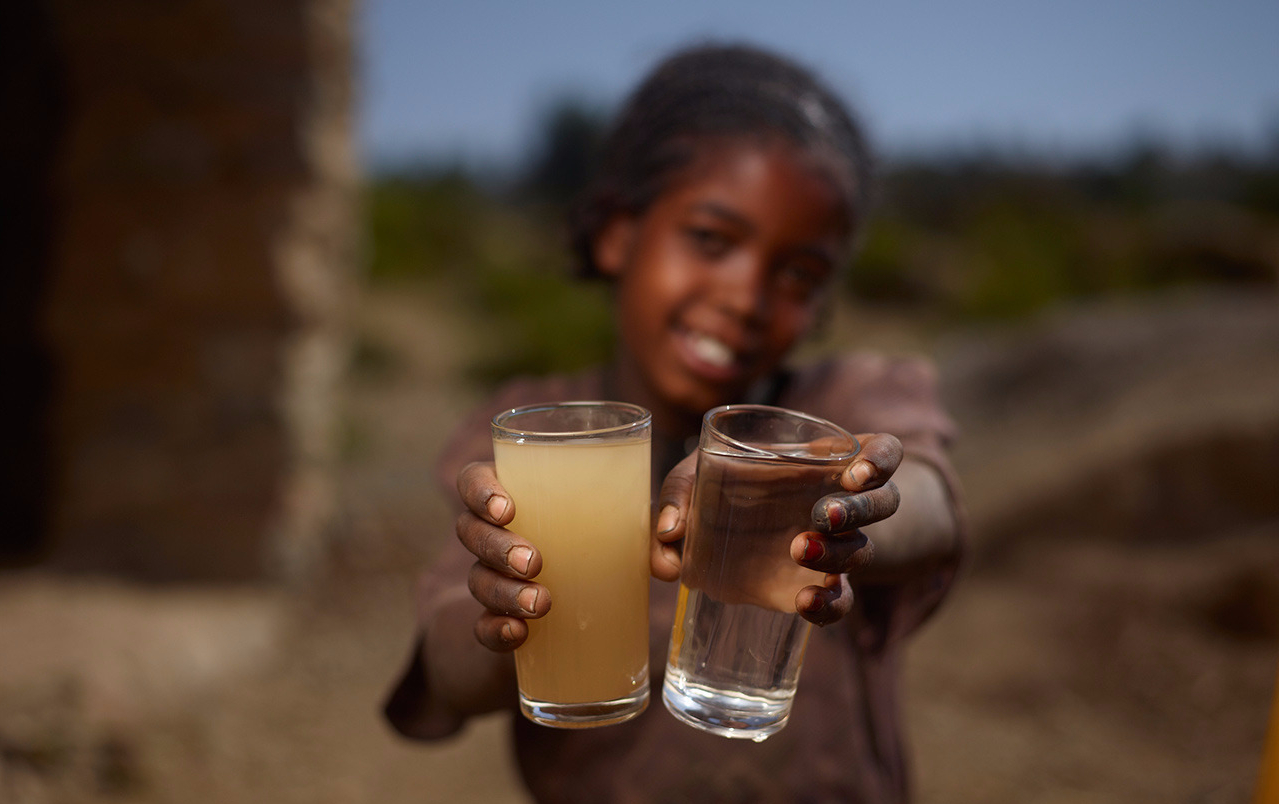 Never drink tap water unless it has been boiled, filtered or chemically disinfected (such as with iodine tablets). Never drink from streams, rivers and lakes. It’s also best to avoid drinking from pumps and wells: some do bring pure water to the surface, but the presence of animals can still contaminate supplies.

Bottled water is available everywhere, though it’s better for the environment if you treat/filter local water.

21 Of The Hilarious & Weirdest Street Signs That Will Make You LOL!