The universe has over 100 billion galaxies and around 100 billion stars in each galaxy. Know about the most bizarre stars in the universe and how they are different from each other.

What do you understand by the term astronomy? It is a natural science and includes everything in the Universe and beyond Earth’s atmosphere. We live in a universe that consists of bright objects like stars, solar systems, stellar systems, galaxies, and asteroids.

The Big Bang theory is the cosmological description of the development of the universe. With so many stars in the universe, it is no surprise to hear that bizarre stars exist in the universe possessing unique properties and behavior.

If you find astronomy exciting, then here’s a quick compilation of bizarre stars in the universe and their features that could help you know about the universe better. The Methuselah Star, or HD 140283, is a metal-poor star about 200 light-years in the constellation Libra. Its magnitude is 7.205 and was already known by 1912 when W.S. Adams measured its astrometry using spectrograph in the Mount Wilson Observatory.

Some say that it dates back 16 billion years old, which is a problem since the Big Bang started 13 billion years ago. Its early position in the Hertzsprung -Russell diagram has been interpreted with its data and models of stellar evolution based on quantum mechanics and the observations of processes in millions of stars to interfere with its apparent age.

Denoted by sd, the metal subdwarf is the star with luminosity class VI under the Yerkes spectral classification system. The term was coined by Gerad Kuiper in 1939.

The term referred to a series of anomalous spectra that were labeled as intermediate white dwarfs. Cool dwarfs produce their energy from hydrogen fusion. The lower metallicity decreases the opacity of outer layers and decreases the radiation pressure.

This results in a smaller, hotter star for a given mass. Hot subdwarfs, on the other hand, are of spectral types O and B and are also termed as horizontal-branch stars.

They represent a late stage in the evolution of stars, caused when a red giant star loses its hydrogen layers. The hydrogen heavy metal subdwarfs are a kind of hot subdwarf star with high concentrations of heavy metals. 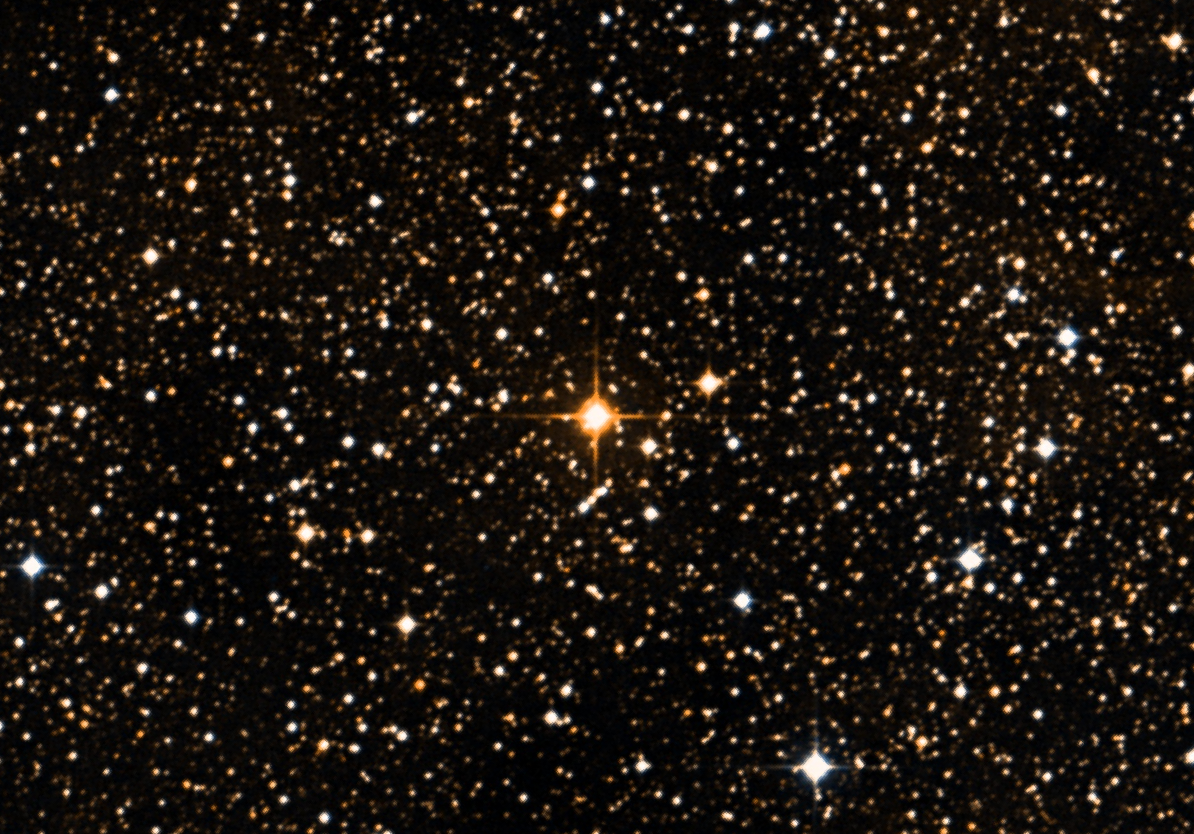 Uy Scuti is one of the most bizarre stars in the universe. It is a red supergiant star in the constellation Scutum. UY Scuti is considered to be the largest star in radius and is also a variable star with a maximum brightness of magnitude 8.29 and a minimum of magnitude 10.56.

It is located a few degrees north of the A-type star Gamma Scuti and northeast of Eagle Nebula. It is a bright red supergiant and is classified as a variable with an approximate pulsation period of 740 days. UY Scuti’s mass is uncertain because it has no companion star by which its mass can be measured through gravitational interference.

After fusing heavy elements, its core begins to produce iron and disrupts the balance of gravity and radiation in its core, and results in a core-collapse supernova. The star is so big that it could swallow a big star and half of our neighboring planets. 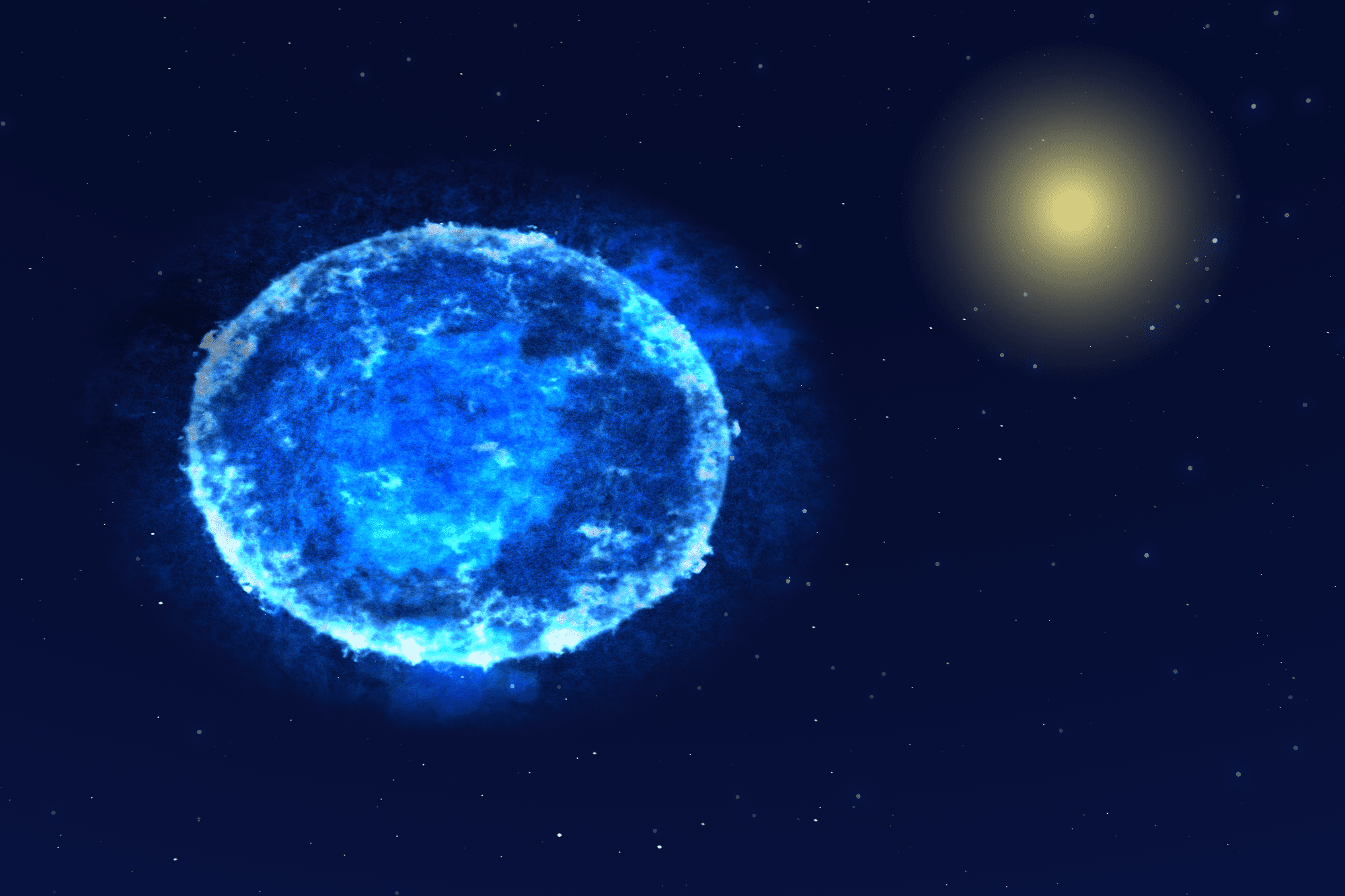 t is the brightest star in the northern constellation of Lyra. It has the designation α Lyrae, which is Latinised to Alpha Lyrae. It has been deeply studied by astronomers and led to the term “arguably the next most important star in the sky after the Sun."

It was the northern pole star around 12,000 BC and was one of the few stars whose distance was estimated through parallax measurements. Furthermore, it is also a variable star that varies in brightness and rotates rapidly with a velocity of 236 km/s  at the equator.

The star can often be seen near the zenith in the mid-northern latitudes during the evening in the Northern Hemisphere winter. This star in the universe became the first solitary main-sequence star beyond the sun that is known to be an X-ray emitter when in 1979, it was observed from an X-ray telescope launched on an Aerobee 350 from the White Sands Missile Range.

The star has a rotation period of 12.5 hours. It became the first star to have a car named after it with the French Facel Vega line of cars from 1954. It is surrounded by a circumstellar disk that might be similar to the solar system’s Kuiper Belt. 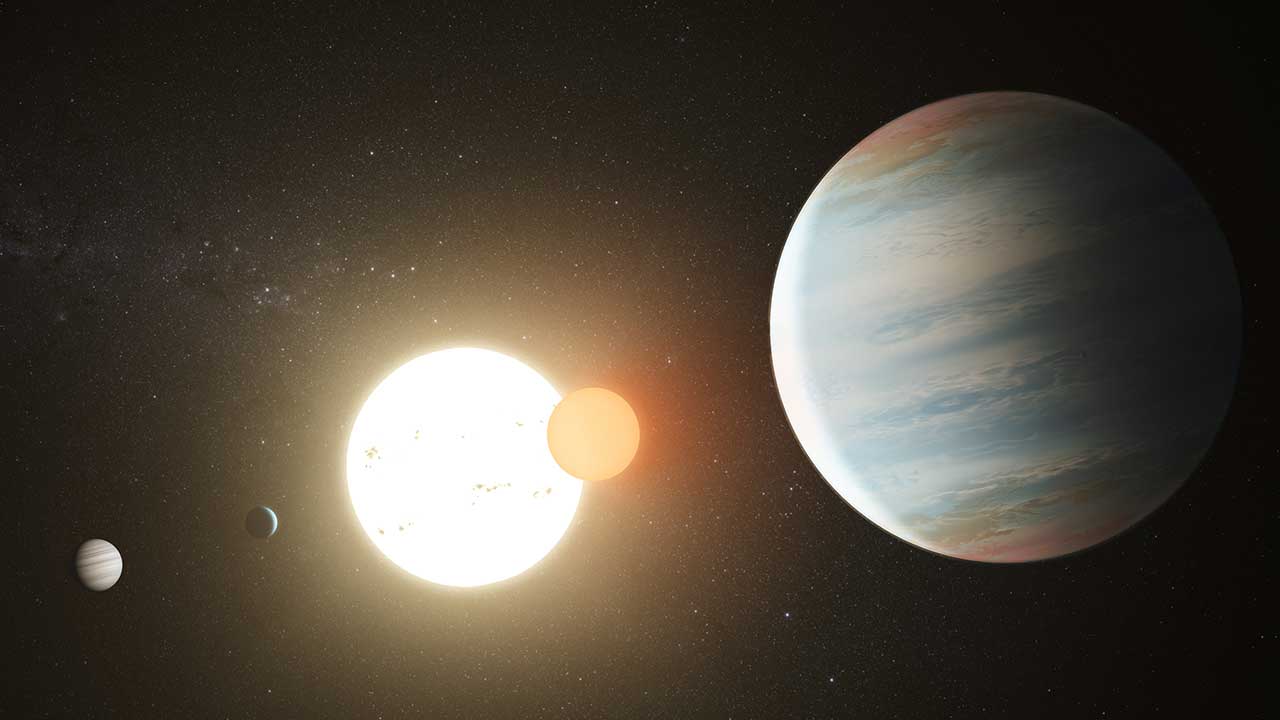 It is a binary star system of the constellation Cygnus and has three exoplanets in orbit around the pair of stars located about 1055 parsecs. One star is equal to the Sun in size and is 84% bright.

The discovery proves that more than one planet can exist in the orbit of a binary star system. The primary star is metal-poor, with a metallicity of about 0.25 and other heavier metals found in the Sun.

Before the discovery of this star by Jerome Osoroz, his colleagues and other astronomers from the university thought that binary stars with multiple planets could not exist. All of the three planets in Kepler-47 have low density.

The low densities of planets are unusual for their mild temperatures. Planets with low densities are hot Jupiters that orbit close to their host stars, known as so-called puffy planets. 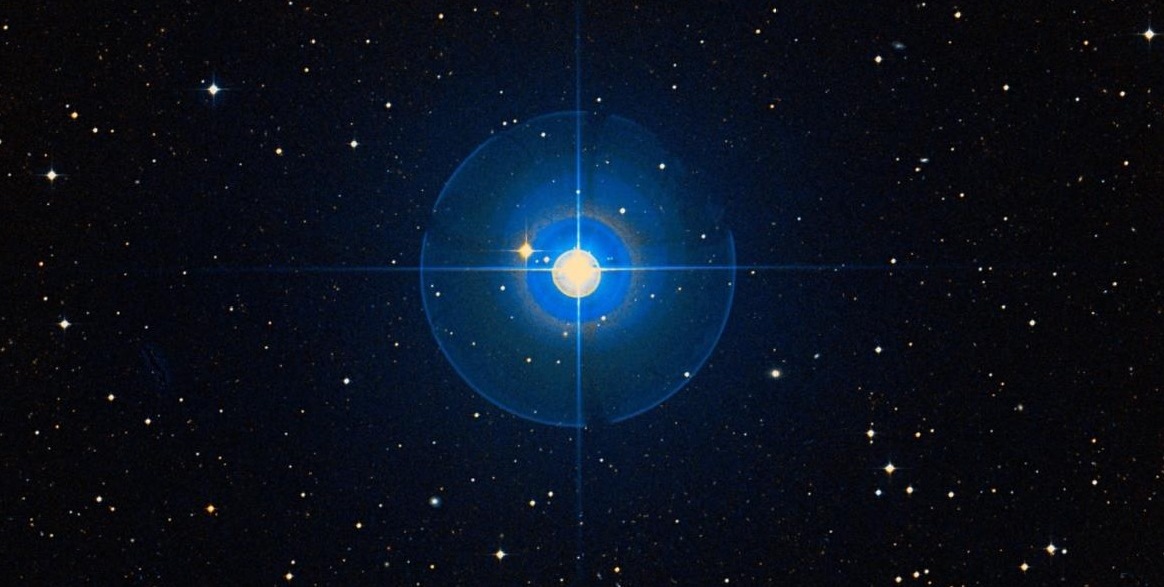 Mira, or better known as Omicron Deti, is a red giant star estimated to be 400 light-years from the sun in the constellation Cetus. o Ceti is the star’s Bayer designation and was named Mira by Johannes Havelius in his Historiola Mirae Stellae.

The distance of this star from the Sun is uncertain. However, it is estimated to be of 299 years, with a margin of error of 11%. Mira A is currently an asymptotic giant branch in the pulsing AGB phase.

The shape of Mira changes and shows pronounced departures from symmetry. It is a variable star, with the highest luminosity occurring close to the time when the star is closest or hottest. In 2007, the observations showed a disc around the companion Mira B.

These observations also hinted that the companion was a sequence star of around 0.7 solar masses and spectral type B. In 2010, the research further indicated that Mira B is a white dwarf. It travels through space at 80 miles per second and has a tail a few light-years long. 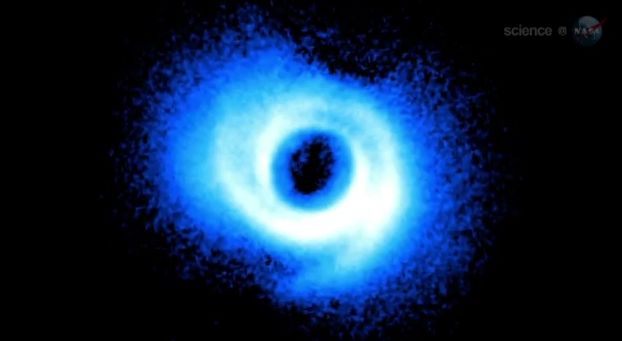 It is a young star surrounded by a circumstellar disc of gas and spiral arms. It can be captured around 460 light-years away from Earth in the constellation Lupus.

With a set of two spiral arms spanning 14 miles, this star in the universe is bizarre and is known to have arms that stars usually don’t have. The presence of spiral arms seems to be associated with the existence of planets inside the disk of gas surrounding the star. 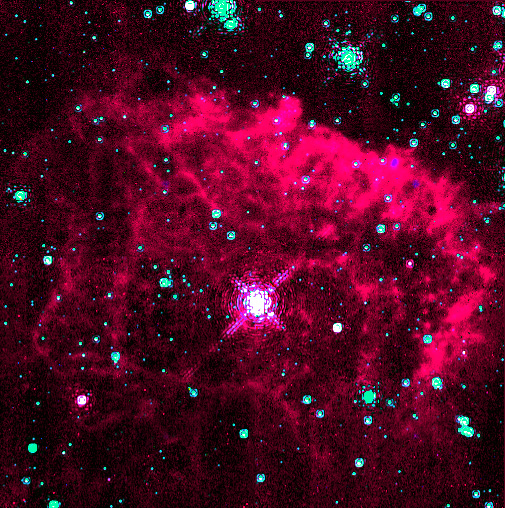 It is a luminous blue hypergiant star in the universe and is massively known in the Milky Way. It is also one of the young stars in the Quintuplet star in the Galactic center region.

Furthermore, the star is located around 25,000 light-years from Earth in the direction of Sagittarius. It has a large mass in comparison to the V4998 Sagittari. It can be visible from the naked eye as a fourth magnitude star.

This star in the universe was discovered using the Hubble Space telescope in the 1990s by Don Figer, an astronomer at UCLA. Its mass is uncertain and thought to be 200 times more than the sun.

The outbursts seen by Hubble are estimated to be nearly 6000 years old. Despite the loss, the astronomers estimate that the star may presently be 100 times more massive than the sun. It is a red supergiant variable star situated in the constellation Scorpius. This star in the universe is also known to be the largest star known by the radius. It is dust-enshrouded and is classified as a semiregular variable star with a period of 714 days.

It is not part of the Scorpius constellation outline. However, it is within the borders of the constellation. It has an apparent magnitude of 7.06. This is the reason why we see bright stars in the sky from the earth. 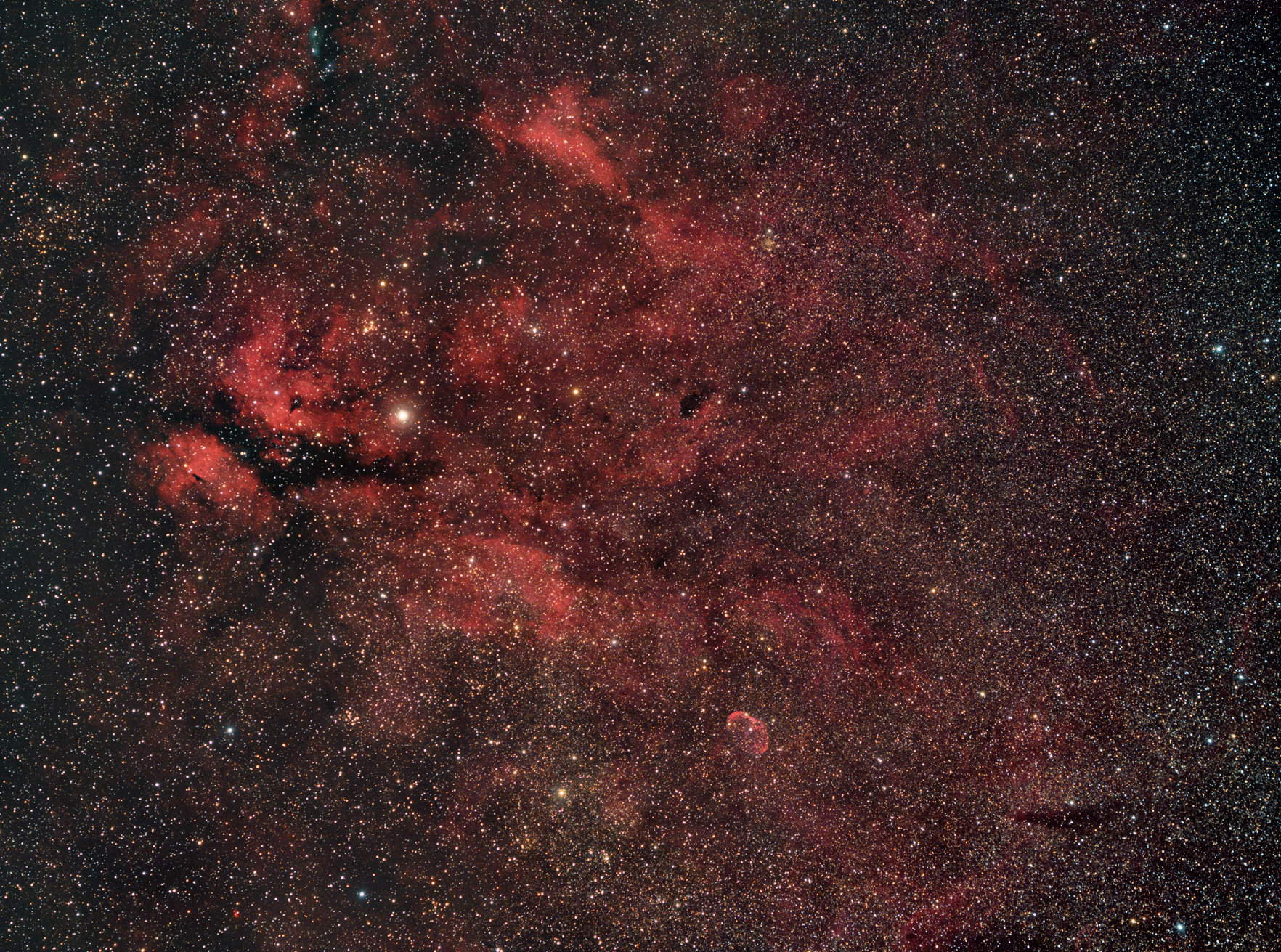 It is a red supergiant of spectral class and located in the constellation Cygnus. The star lies near the bright open cluster and is nearly 3500 light-years away.

It is classified as a red supergiant with a strong stellar wind. Its temperature is around 3500 K, and its other properties are not known. It is a variable star with a large amplitude and no clear periodicity.

Space has several interesting things to explore. Here are interesting space facts that are weird but could help you know the universe better.

Do you know about other stars in the universe and their characteristics? If so, then share them below.