8 Of The Most Cruel & Dreadful Facts About Westboro Baptist Church

Hatred, cruel, awful are some of the words that immediately strikes into our mind when it comes to the WBC groups. WBC, the most hated group in America has includes so many brutal facts let’s explore it here. 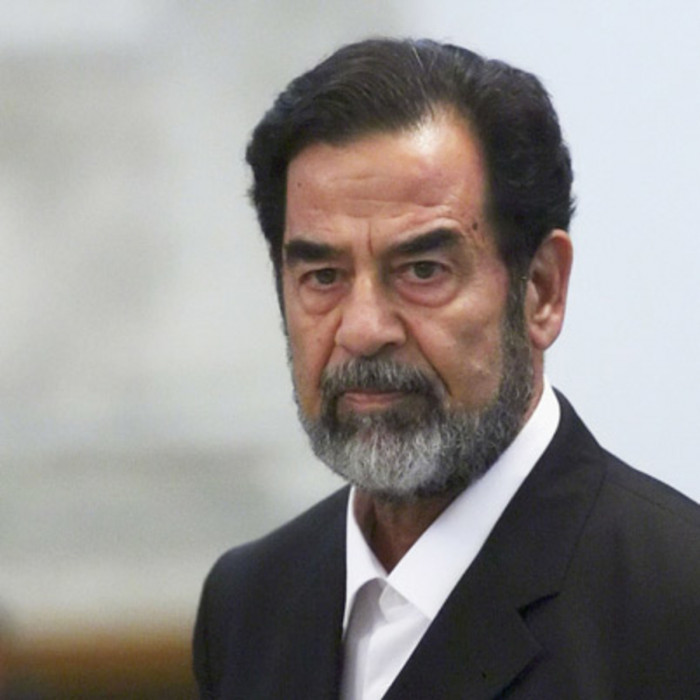 Westboro Baptist Church (WBC) is widely known as a hate group. It is an American church gained so much negative popularity for its hate speech against the LGBT people (gay people), homophobia and transphobia.

In fact, they have issues with a wide array of people including Catholics, Muslims, Romani people, Orthodox Christians, U.S. Soldiers, and politicians.

Majorly the church gains so much awful popularity in 1991 when it has been involved in actions against gay people (Anti-gay Event). The protest become even worse when they actually conducted this protest at military funerals.

Well, the protest was just limited to only gay people but later on it has also been held against Jews and Catholics groups.

The WBC also made some dreadful slogan in order to raised protest, the statements are “Thank God For Dead Soldiers”, “God Blew Up The Troops”, “Thank God For 9/11, and “God Hates America”.

There are many more things allied to this notorious Westboro Baptist Church (WBC), keep on reading this article to unfold some unholy facts about WBC.

1) WBC People And Their Hate Speech 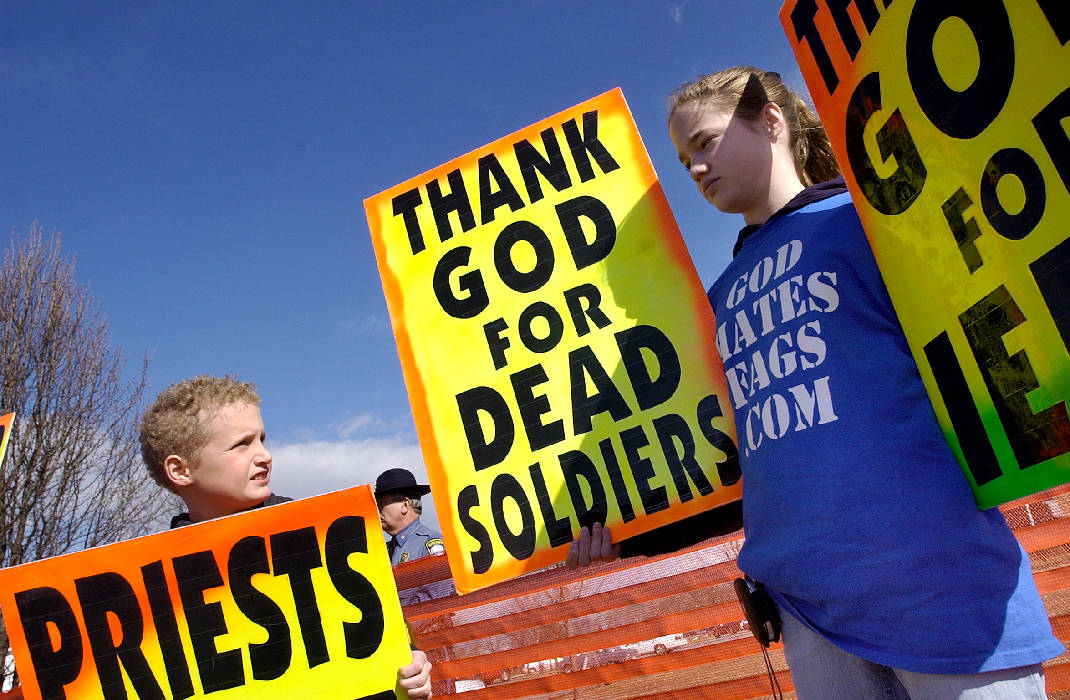 No wonder, “Westboro Baptist Church” is really famous for its “Hate Speech”.  If you ever discovered some brutish messages on the WBC signs then you can easily determine the intensity of their hate speech.

People have tried to sue them and raise their voice against all these but nothing worked because they are actually protected under the freedom of speech. They even didn't realize that their messages are quite hurtful and invasive. Some of their brutal messages are  God Hates America, Thank God For 9/11 and lot more. 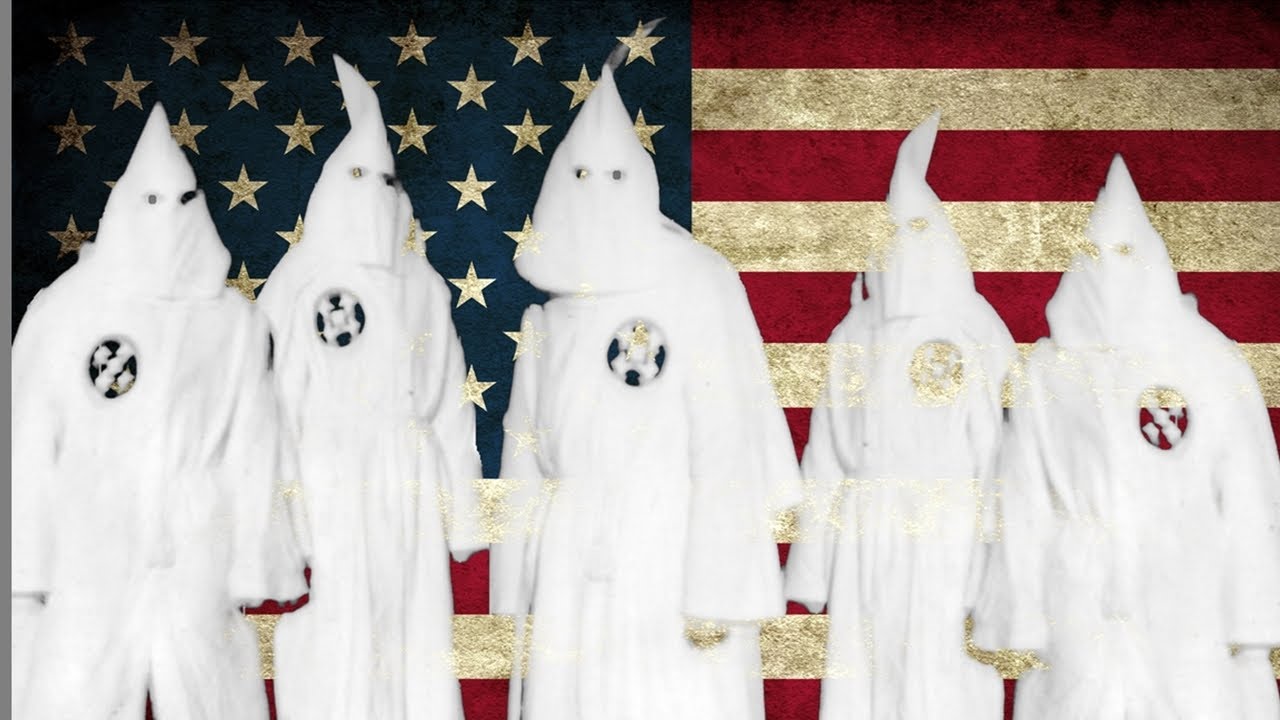 Even the Ku Klux Klan another notorious group is also disgusted by the actions of the WBC as the rest of the Americans. Actually many members of the Klan groups are a veteran soldier and they didn't appreciate the way WBC group use funerals of soldiers in to accomplish their awful events.

3) They Believe That You Will Be Punished For Your Sins, Terrorist Attacks and Natural Disasters 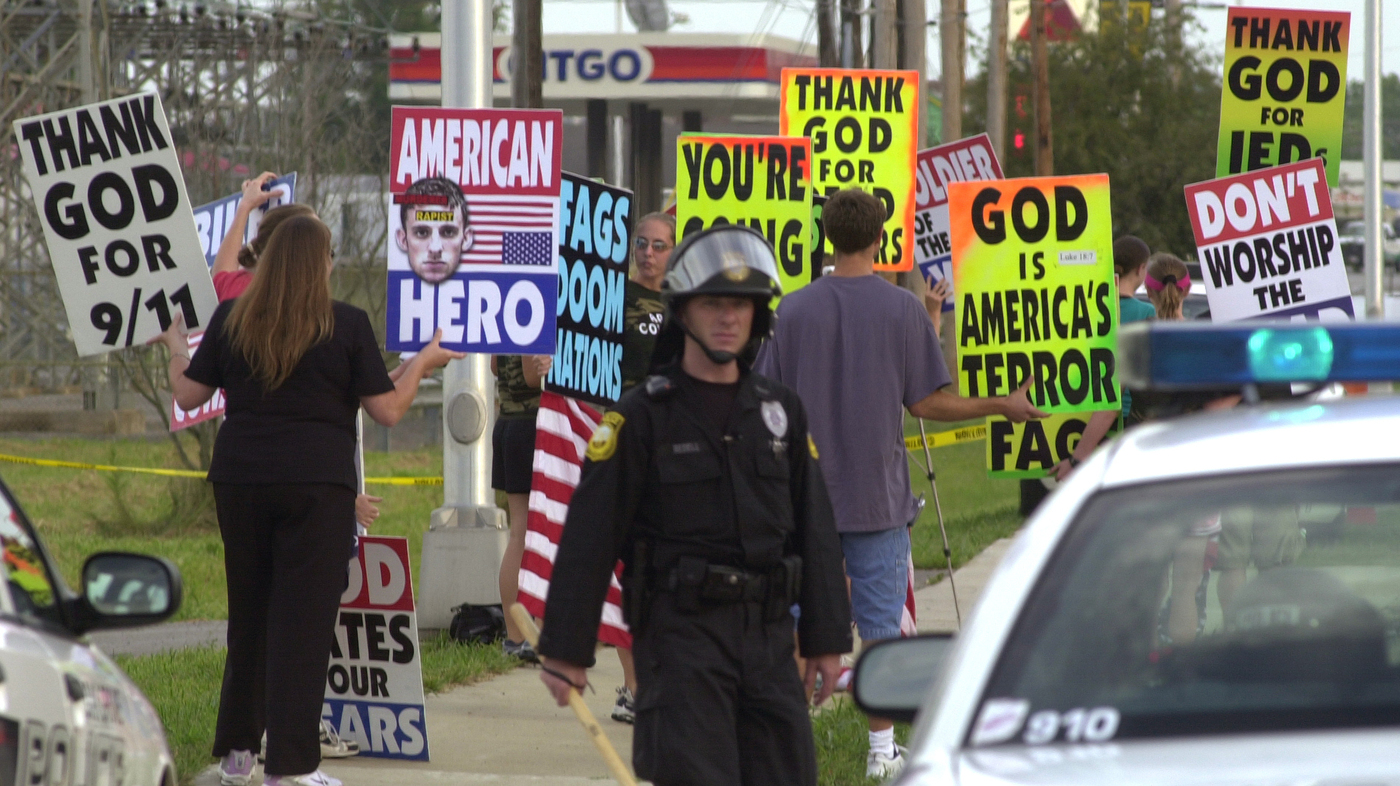 The so-called religious group WBC is not that great as it thinks of itself, they often think that it's their accountability to alert everyone for their sins. They use to say always that God will punish you for your sins, terrorist attacks, and any other natural disasters. That was the time they create the negative slogan such as “Thank God For 9/11”.

4) The Founder of WBC Was The Supporter of Civil Rights Strange but true the founder of WBC, Fred Phelps, was once the supporter of the civil rights. He studied law and received the law degree in 1964. After receiving the degree of the law, he set up his own law firm, even he won a lot of awards for his work. But later on he got involved in WBC thing, well the church never supported the physical violence but they never accept soldier and people of LGBT group either. 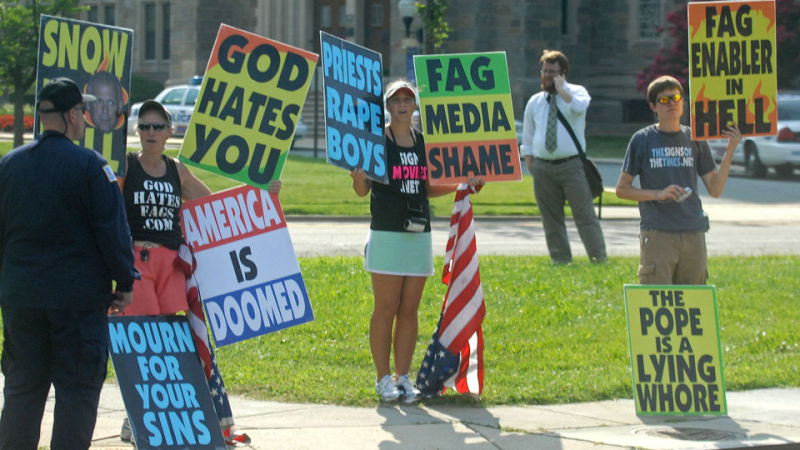 Another shocking thing about Westboro Baptist Church is that they use to follow a procedure allied to their monthly income. They have the culture that each member have to contribute financially and must give 30% of their income to the Church. Also, they are always ready to take some legal action against anybody who tries to stop or ban their protest.  And the sad part is they usually win.

Well, what else we can expect from the members of Westboro Baptist Church, the members use to brainwash their children, they taught the ways of their church and group to their kids. Usually, the adults take part in the protest but, as WBC is extremely hated group so how can expect something normal from them, they even push the elementary school students to the protest which is like insane. I mean they are too young to grasp all these awful things but, we can’t help as it is their famous culture. 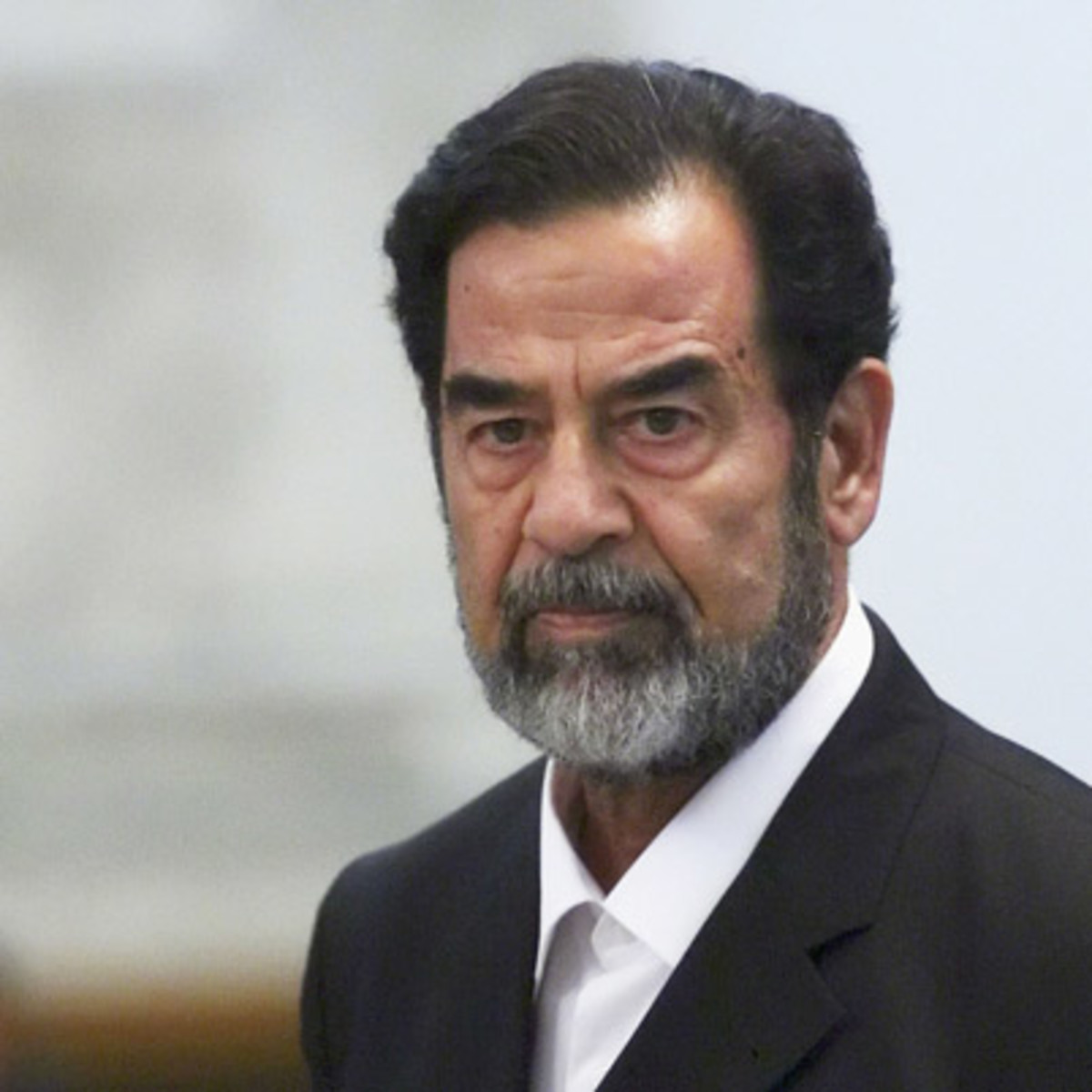 Obviously, WBC is the most hated group in America so, it’s kind of understand that they don’t have too many friends. But sadly he has good terms with Saddam Hussein.

No wonder, he has good terms with such an evil personality. According to some reports in 1997, Fred Phelps wrote to Saddam Hussein and praised him for allowing Christians to preach in Iraq, a Muslim state.

He also asked for the permission to arrange a protest in Iraq against the American soldiers. Sadly Saddam accepted it and WBC to put all their brutal efforts to protest the actions of the U.S. military in Iraq. Not even that the WBC member attacked Bill and Hillary Clinton, not physically but with their signs. 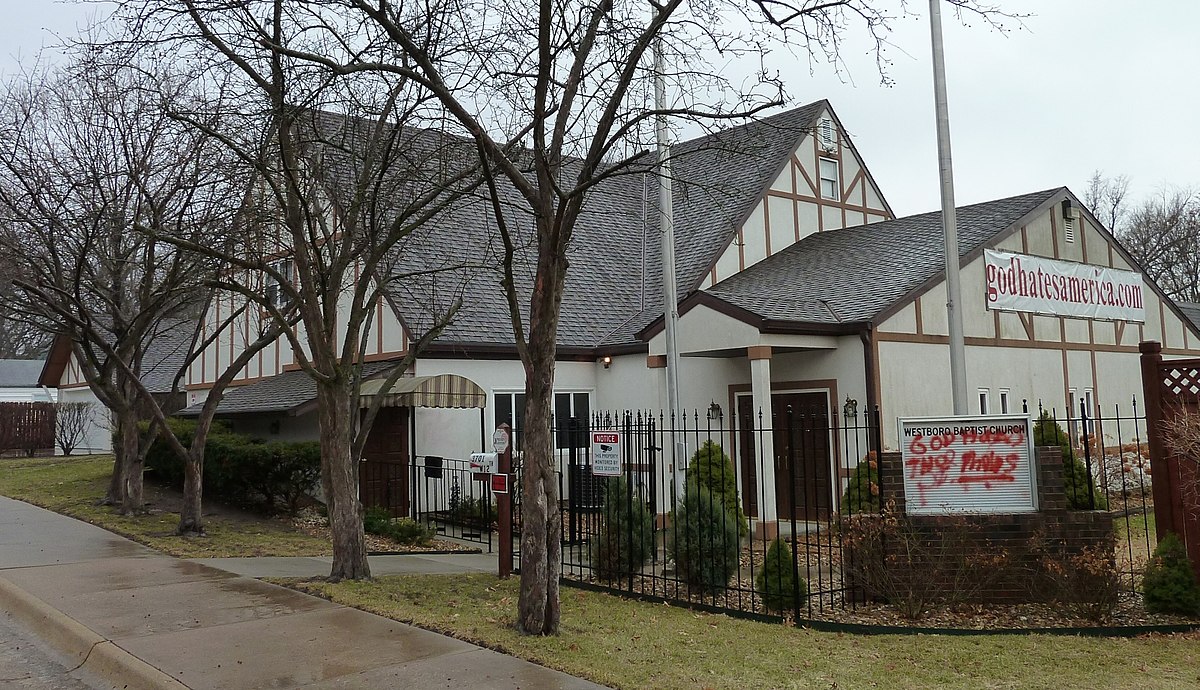 No one likes Westboro Baptist Church and their action that’s was quite obvious. But, their actions were awful enough that some countries just decided that enough is enough and they will not suffer anymore. According to the reports, the Canadian government banned the church in 2008 after they announced their plans to picket the funeral of murdered 22-year-old Tim Mclean.

Also, the UK government banned them to cross the border of their country. Well, we must say the WBC group didn't left any alternatives and that was the master stroke by Canadian and UK government.

We must say The Westboro Baptist Church cross all the borders of cruelty in terms of Jesus. These are the few facts about this WBC group, there is countless story allied to their dreadful actions.