14 Birds With Creepiest Sounds You Never Want To Hear Alone

These are some of the spookiest sounds of birds that are extremely terrifying to hear, invite distress and create a scary setting. They’ll remind you of the creepy encounters which you would never like to face again. 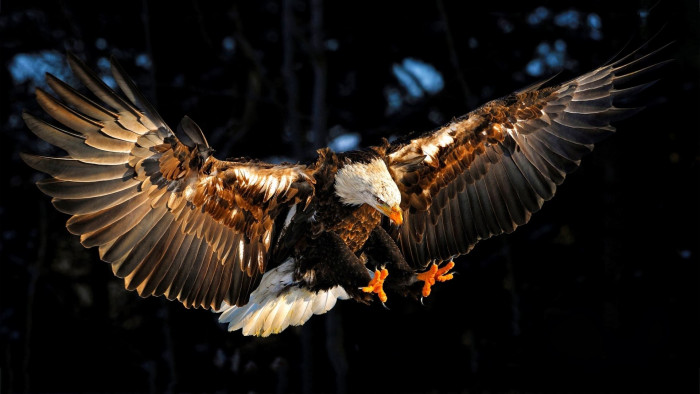 Sounds have their own significance in our lives as they can be indicative of the energies that the nature tries to send us, be it negative or positive. They carry a message and try to communicate to us through varied means. Here is a list of the most uncanny sounds of birds which are very petrifying to hear and disrupt the human imagination causing a deep psychological effect.

So here are 14 bird sounds which are eerie and simply scary! 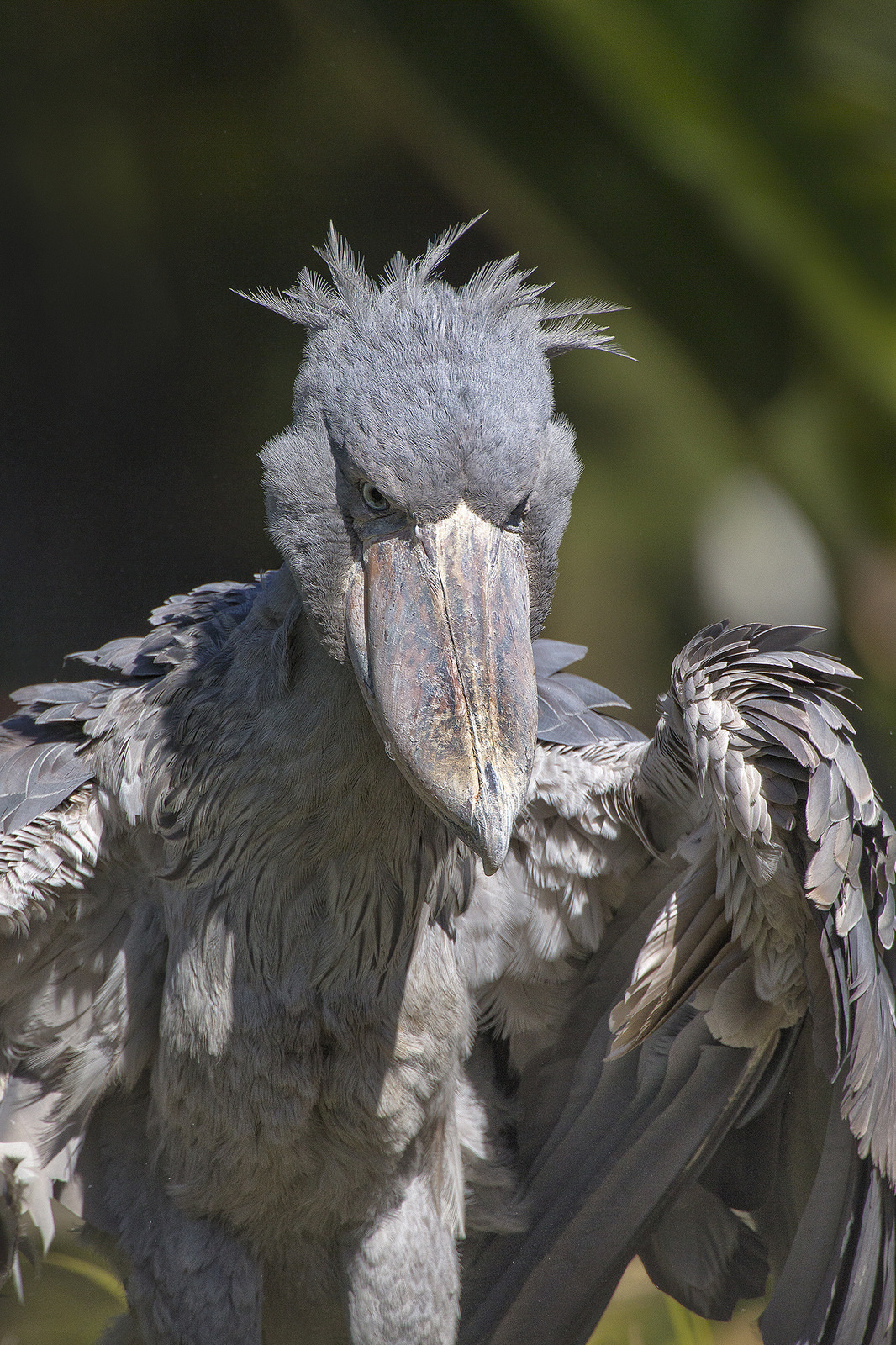 Shoebill stork tops the list with its blood-thirsty appetite and extremely disrupting, scary appearance. This dangerous bird is very tall with a standard height of around 110 cm to 140 cm. It particularly derives its name from its shoe-like bill and has brooding wide wings. It doesn’t create sounds too often, but when it does, it terrifies anyone who is present in its close vicinity. It has a sound like a machine gun when it claps with its bills and scares the shit out of everyone. 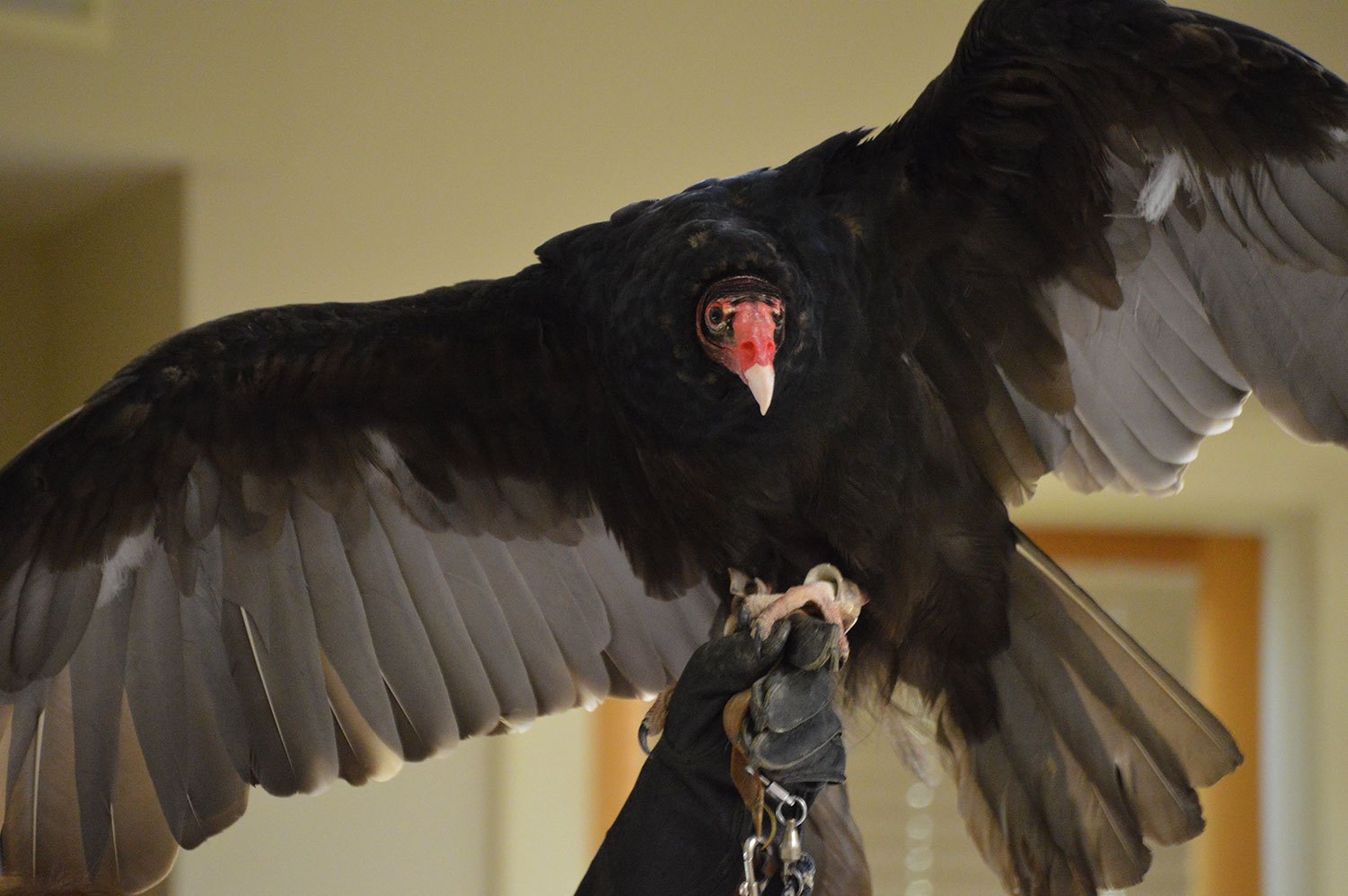 Turkey Vultures are the giant birds which are mostly found in parts of North America and are very large in number with different ancestors in different parts of the world. They generally keep silent and are not good at vocalizing with a fewer capabilities in this regard. They make noises which are low in pitch. Moreover, it would be apt to say that they grunt and hiss when they feel threatened. Nonetheless, the sounds which they make are creepy and frightening. 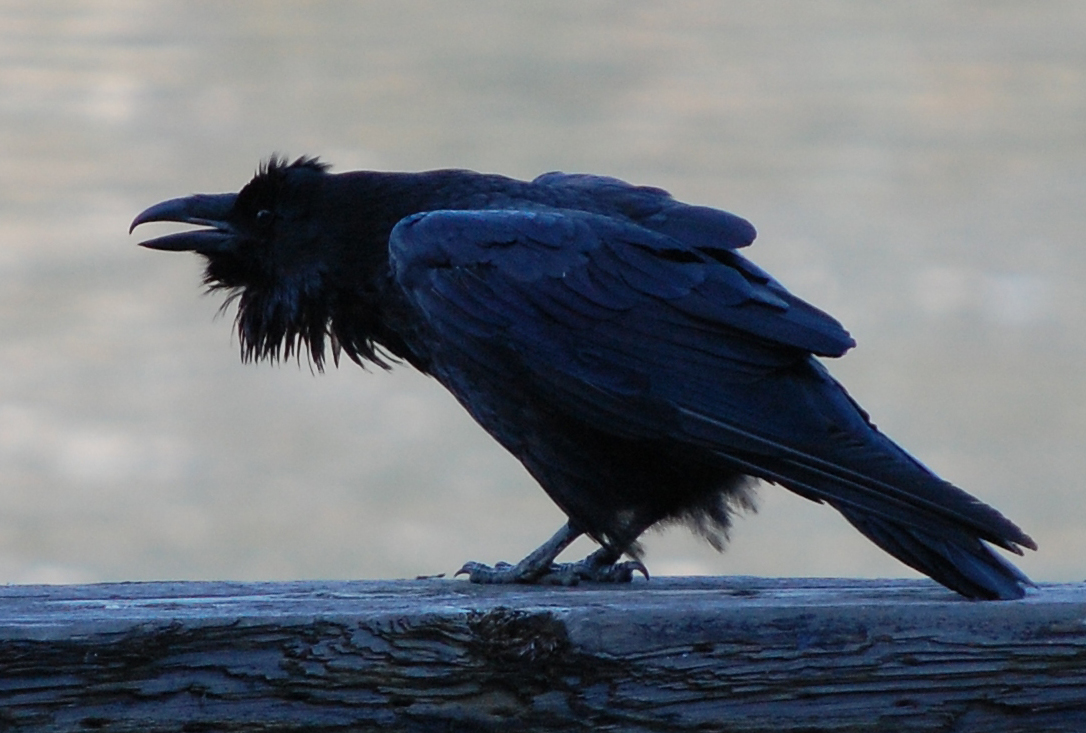 American Crows are omnivorous birds which feed mostly on all types of invertebrates and are also found in parts of North America. They are classified in the category of scavengers and are very active at hunting. Generally, they prey on seeds, nestlings, eggs, fishes, mice and frogs. They usually make a general call as “CAWW, CAWW, CAWW” with a variety of different sounds such as grating of coos, caws, clicks and rattles which feels scary when heard alone. 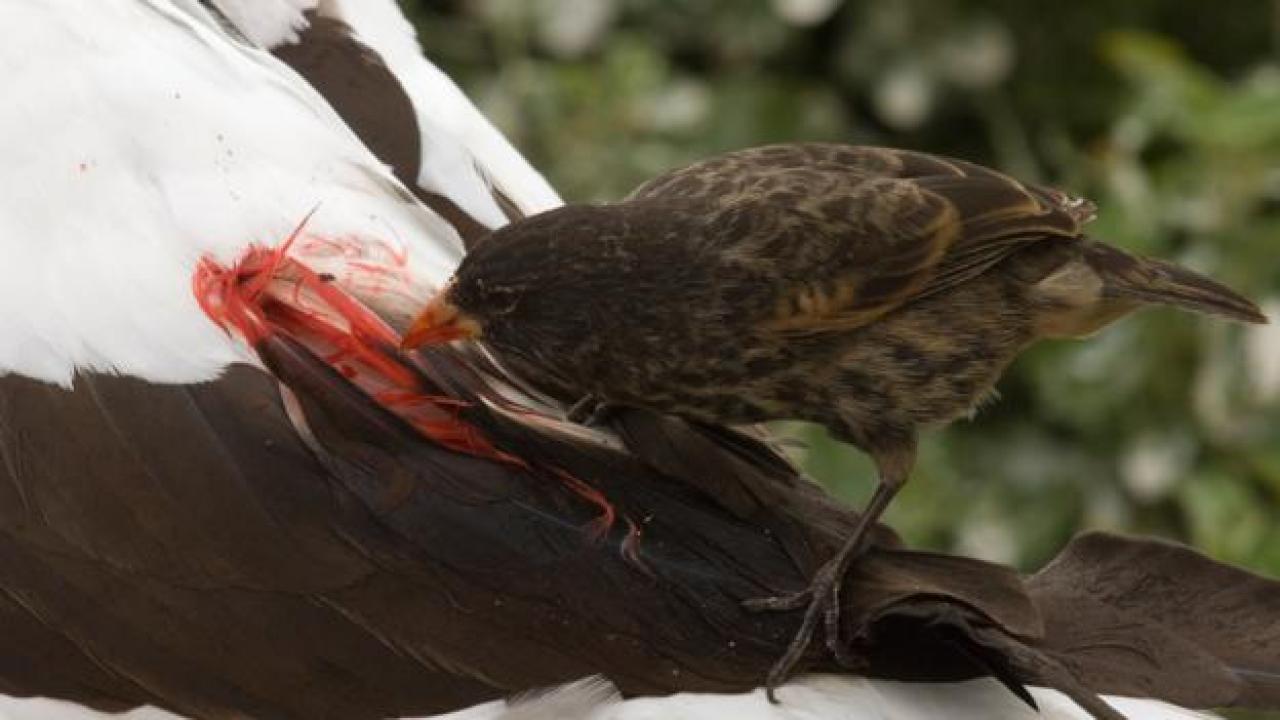 Vampire Finch, also known as vampire ground finch, derives its name from blood-thirsty vampire bats. They are small, distinct species which have sharp beaks and are native to Galapagos Islands. These birds are also scroungers who prey on eggs just after they are laid and sometimes drink the blood of other birds. They mainly have very precarious dieting habits as a result of lack of freshwaters in the climate and the habitat they survive. They make scary whistling calls while buzzing and lilting songs as well. 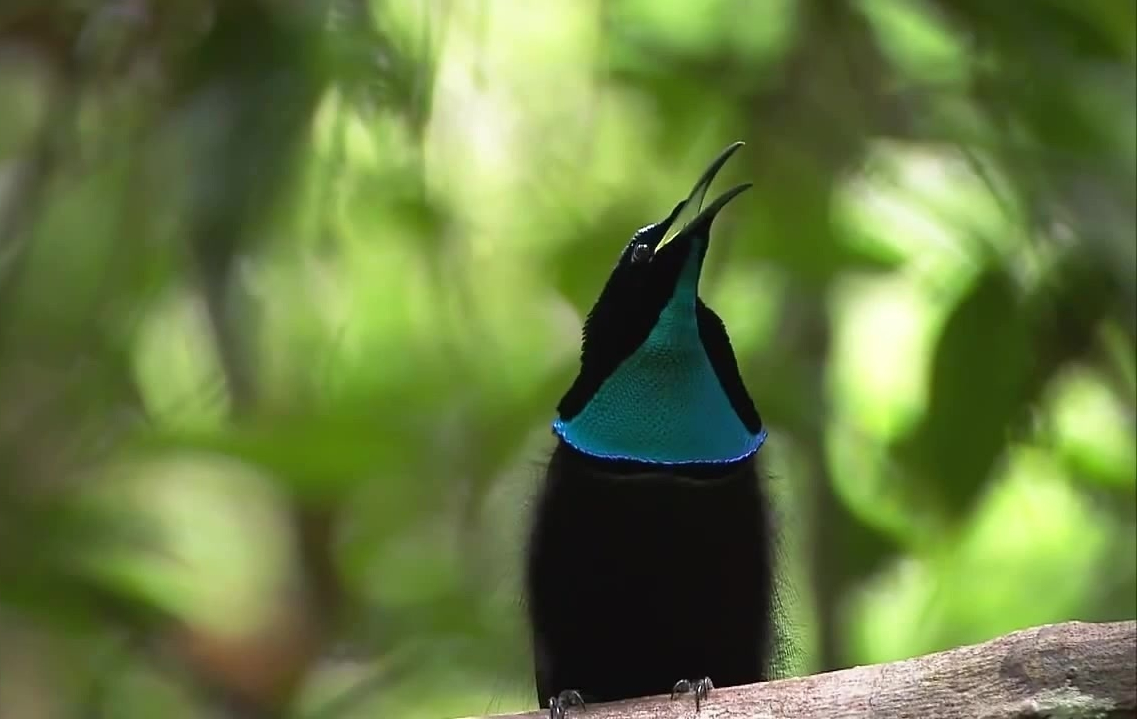 These are the birds, which belong to the animalia kingdom, are widespread throughout the lowland rainforests of western New Guinea (a large island in the continents of Australia and northern Cape York Peninsula). Since they are large in number and are widespread, they are declared as the species of least concern. They mainly diet on fresh fruits and arthropods. However, unlike its name “Riflebird”, they don’t shoot bullets but they definitely do make creepy yet interesting sounds. 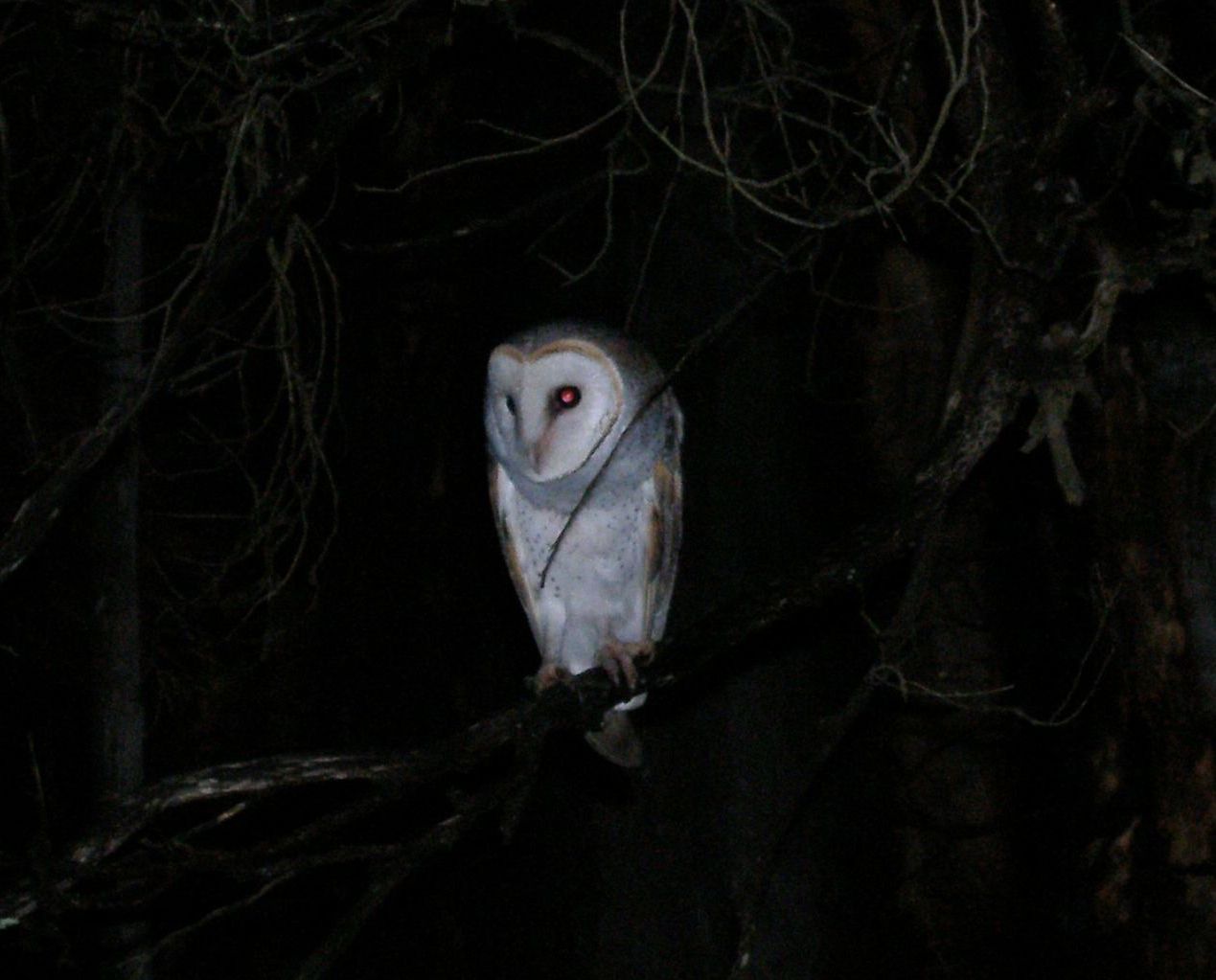 Barn owl is one of the world’s most widespread species and is found in every continent except Antarctica. These are nocturnal species belonging to animalia kingdom who hunt at night and have a peculiar diet which consists of small mammals like rats and sometimes. They are caught while catching fish from ponds and lakes. Since they hunt at night, they have an acute judgement of sounds and locate their target by hearing. Unlike other owls, they make screeching sounds that last upto 2 seconds and feel threatening. 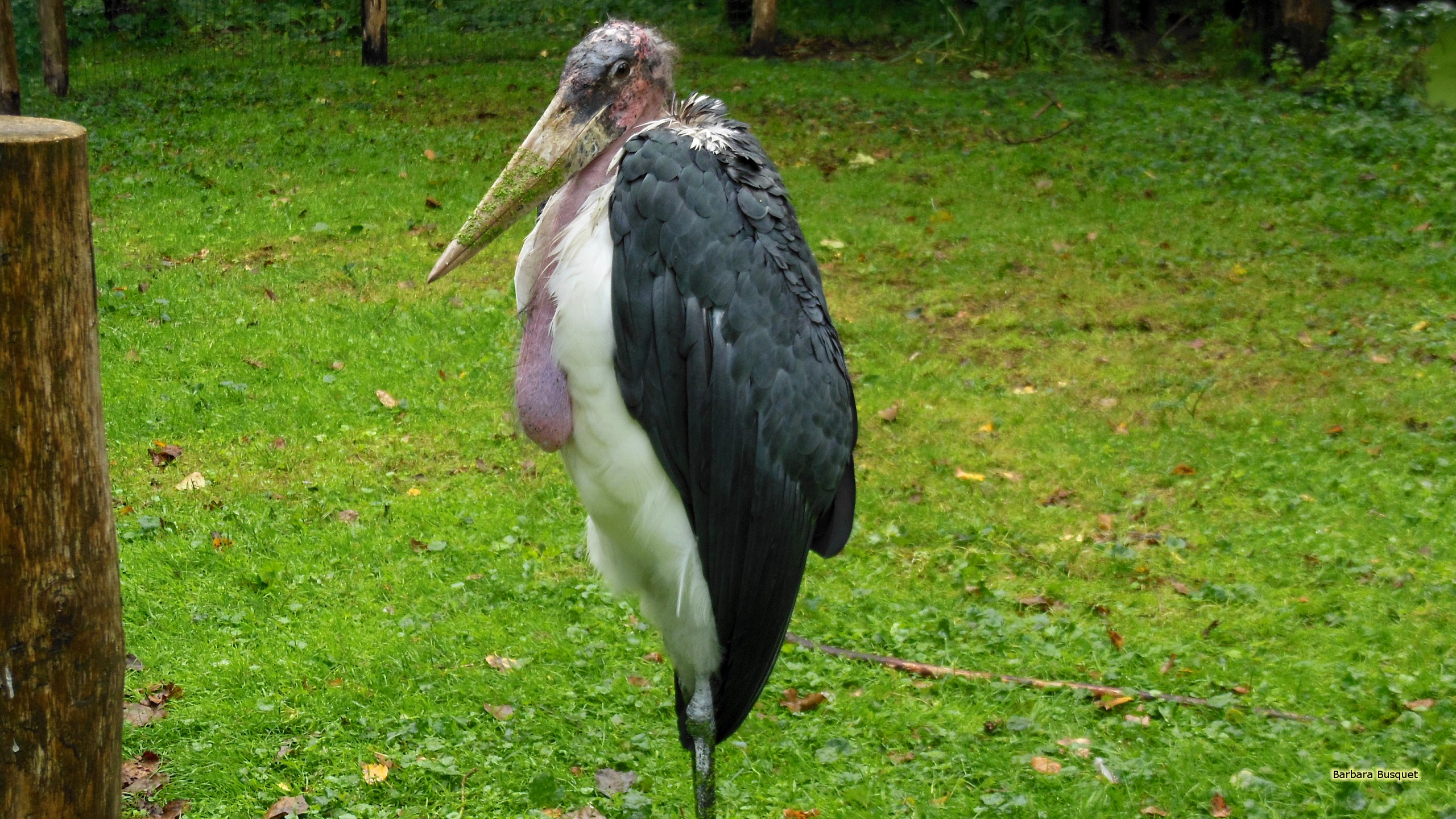 These are wading birds that trudge in both wet and arid habitations as they breed in Africa, south of Sahara. These are often categorised as gregarious species who follow vultures and hunt for their food. Generally, they feed on fishes, frogs, crocodile hatchlings and even snakes and occasionally, they eat other birds and nestlings as well. They are colonial breeders and belong to their large family of varied storks. When threatened, they produce guttural sounds by clacking the beaks which is disrupting to hear. 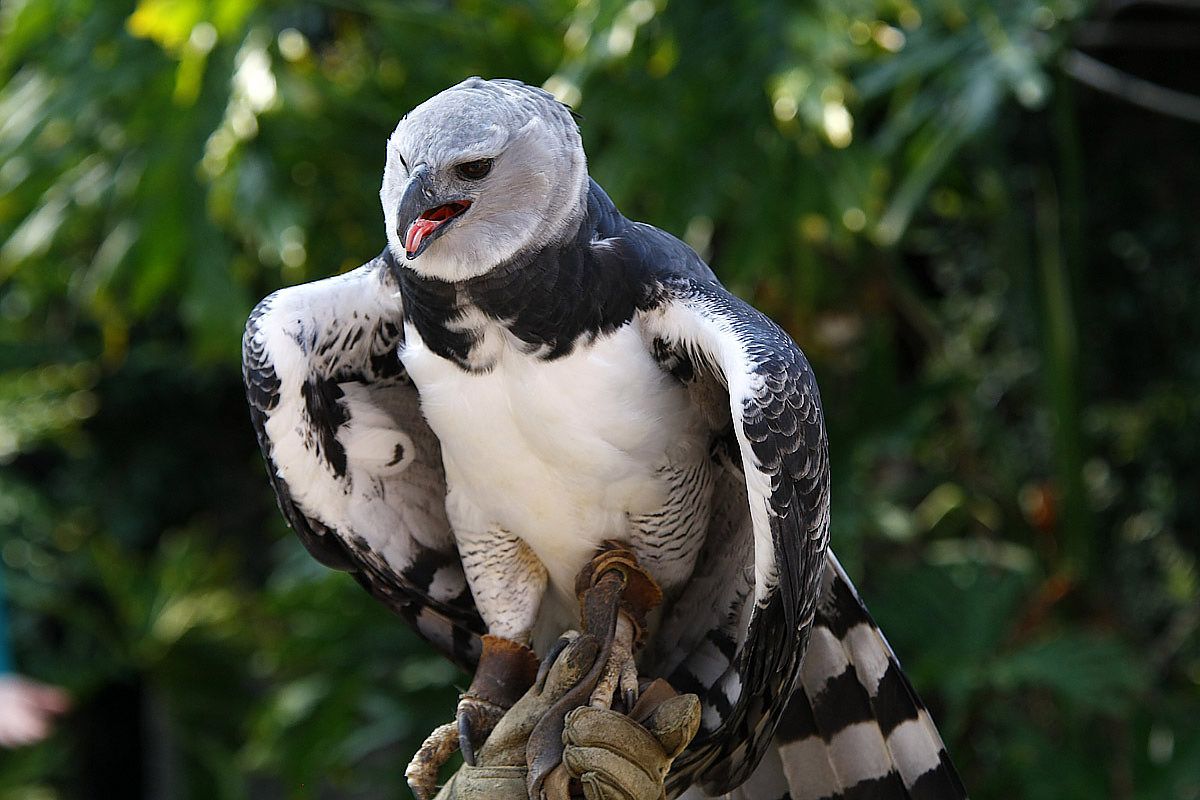 Harpy Eagle, also known as American Harpy Eagle, comes under neotropical species of eagles. It is slightly distinct from the Papuan eagle. It is classified among the rarest species extending from Mexico to Argentina. It generally feeds on tree dwelling mammals such as sloths and monkeys. It is a not-so vocal creature but occasionally makes goose-like calls and sharp screams when the eaglet is hatched and sometimes chirps rapidly which sounds creepy and unnatural. 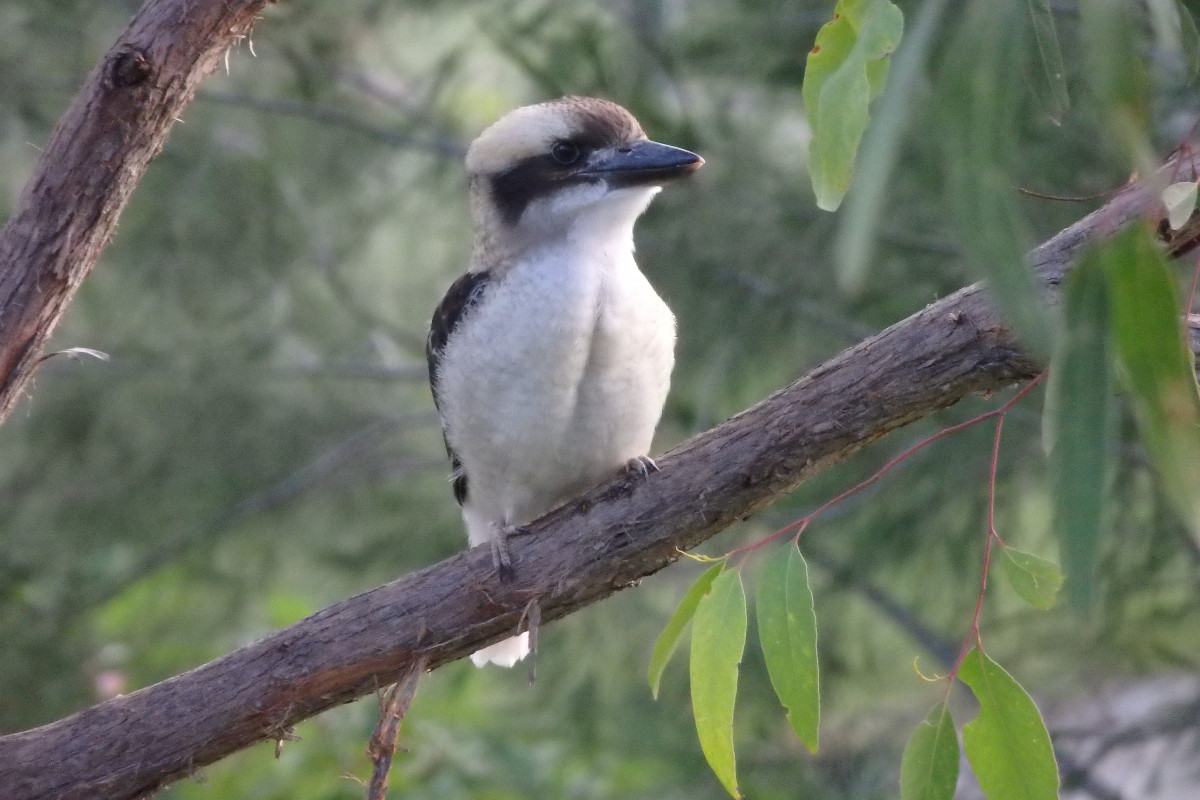 Kookaburras are native to Australia, New Guinea and Aru Islands and have their habitation in humid forests and arid savannas as well. They also belong to animalia kingdom and are exclusively carnivorous feeding on the young ones of other birds, insects, reptiles, mice and even snakes. They are also considered as the territorial birds who live with their young ones from the previous season. They make sounds that resemble human laughter which seems uncanny. 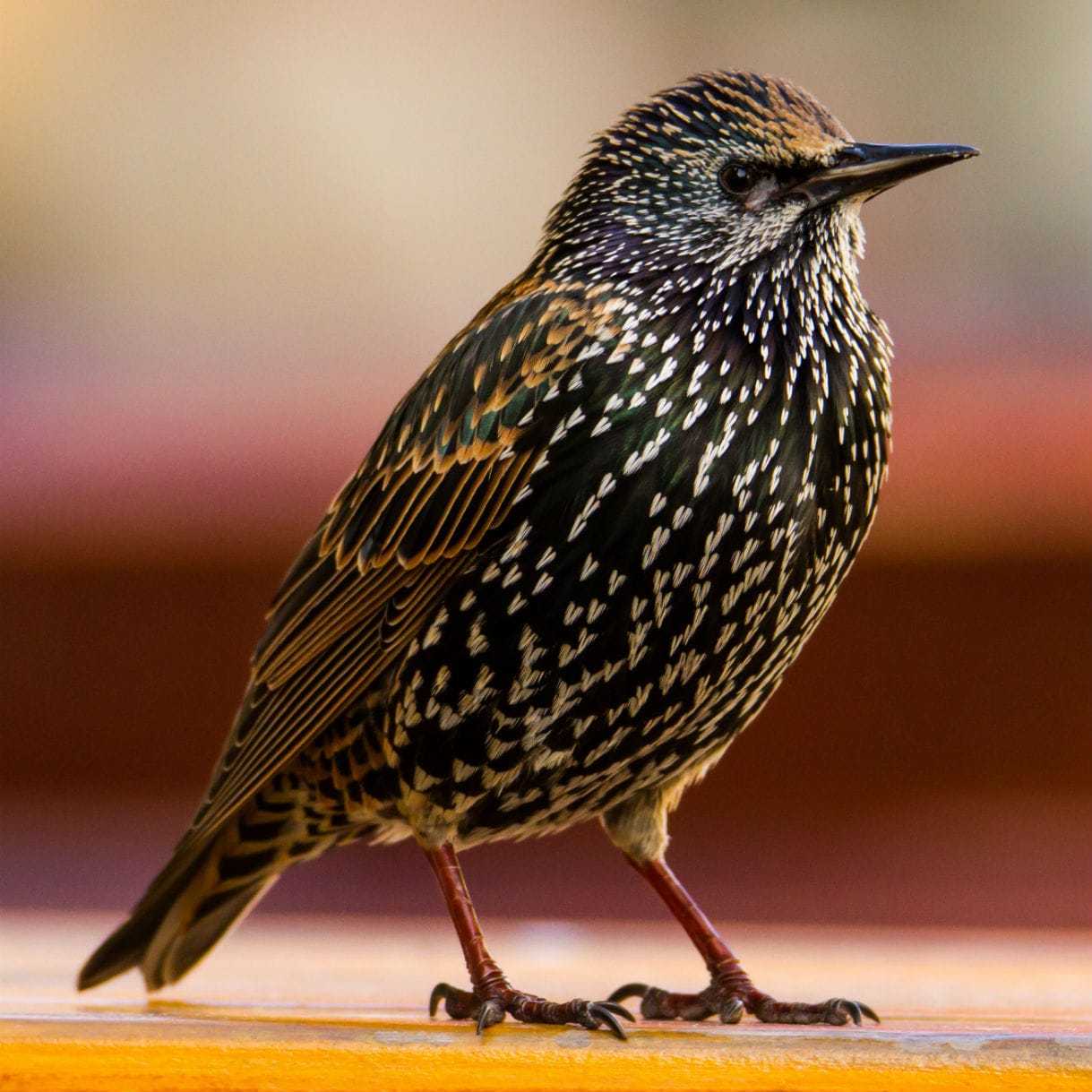 The common starling, also known as a European starling, has a dozen of subspecies ranging from temperate Europe to Western Asia. They generally build an untidy nest to lay eggs. They do not generally feed on flesh but on fruits and sprouting crops. They are considered very noisy birds which make varied sounds from mechanical to melodic and engage in song singing that lasts upto 1 minute. They are also adept at mimicking sounds of other birds. Great Potoo is a nocturnal specie which is found in tropical America and usually hunts at night by scrounging on insects and bats. They have been declared as the species of least concern due to their large number. Although their number is not growing, they are already widespread across regions of tropical America. They are known for their morning groans and they make long moaning sounds which create a horrific and unsettling atmosphere. 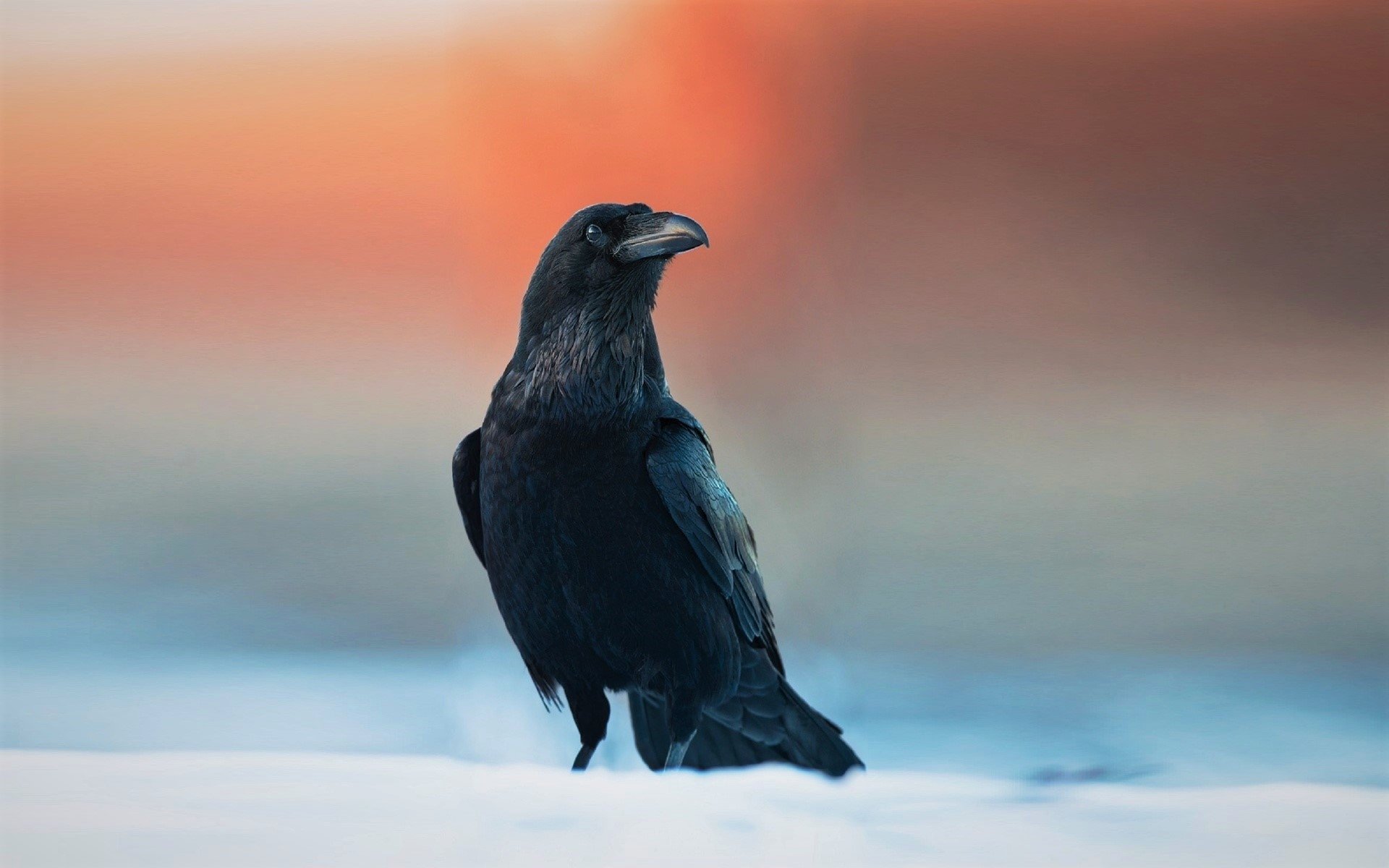 They are unusually smart species which are adept at solving problems and solving puzzles. They are generally found in the Northern Hemisphere. These creatures are so smart that they can trick you by making noises similar to that of human species and they make low gurgling sounds, harsh grating and rattling sounds as well. They also belong to the category of predators as they are omnivorous species with a stark capability of approaching a potential prey and pursuing it in the best way. 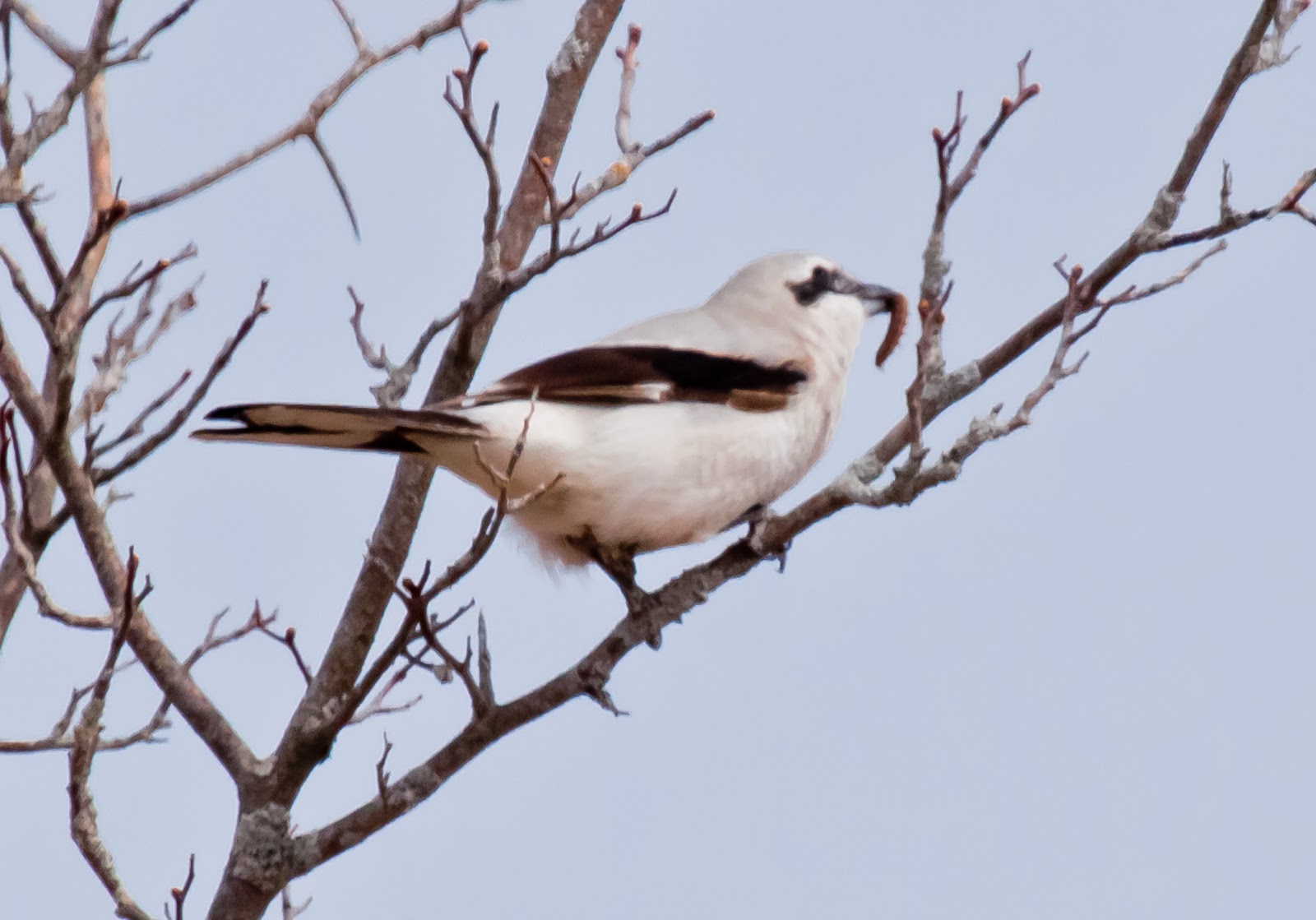 Northern Shrikes are the natives of North America and Siberia. They often sit on poles and tree branches in search of food. They are generally categorized as predators which prey on arthropods like beetles, spiders, grasshoppers and bugs. They usually make rasping sounds like “AAK AAK”. They are known for their songs which have long complex, harsh sounds and disturbing whistles. 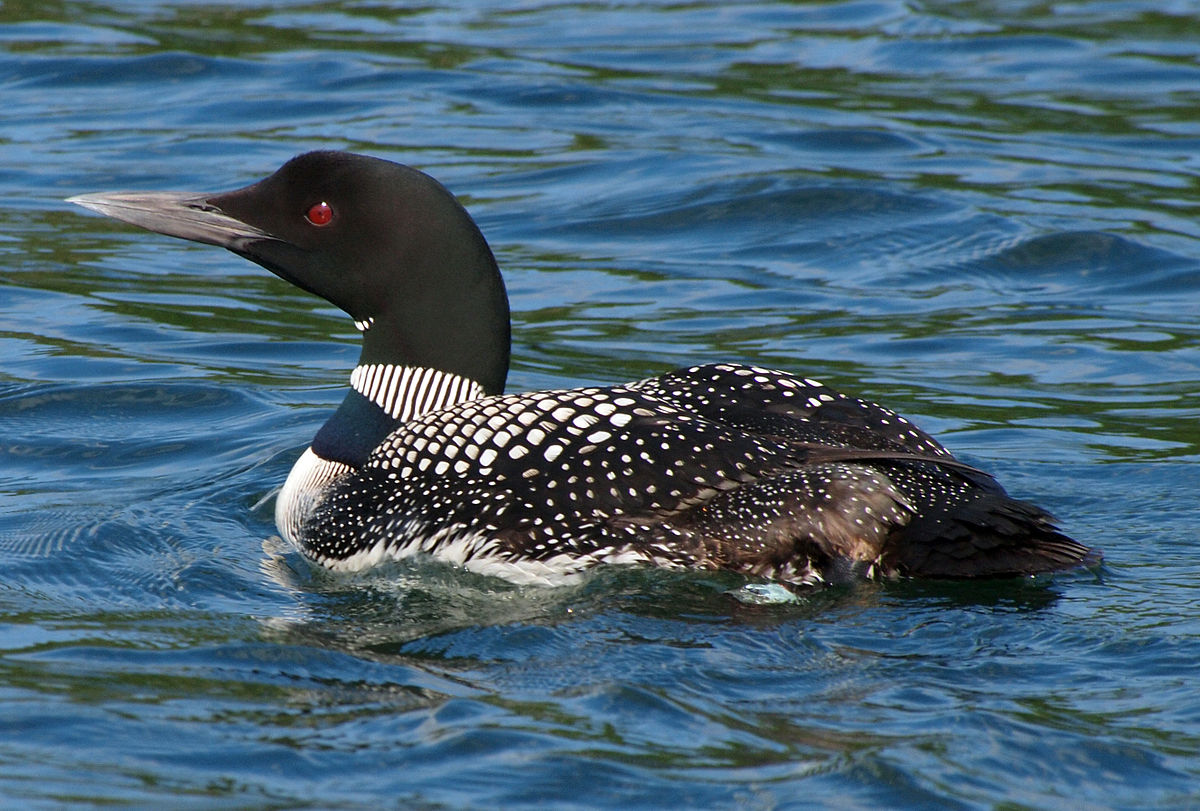 The common loon is also known as the great northern diver. It belongs to the loon family and it mostly breeds around Arctic circle with summer and spring being its main breeding seasons. They forage for aquatic invertebrates like fish, insects, seeds which form 80% of their diet. They usually have the expertise to prey on their target underwaters and are adept at catching them with the help of their large webbed feet. They are vocally very active and produce a variety of sounds depending on the situation and the perceived threats due to territorial disputes.

So get into the backyard of your house and you may experience the spookiness around. That’s all for today to freak you out.

Are Aliens on Mars A Reality or Mere Imagination?