If you ever had spent a time wandering around this huge city of stars, you have encountered a few bizarre stars in the group. 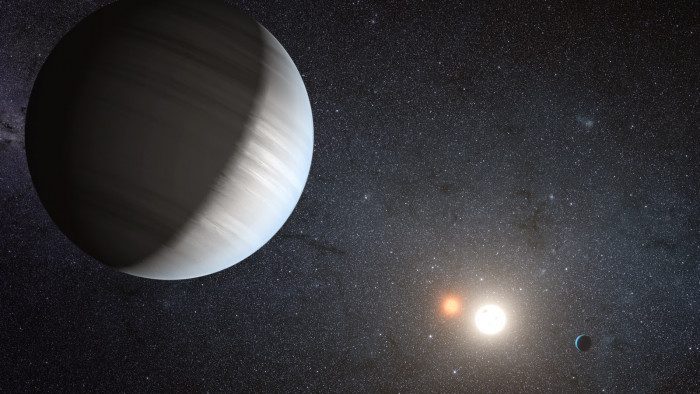 How can you define Milky Way? It can be thought of a huge city of stars. Probably, the Milky Way is a home to more than 200 million stellar inhabitants and still scientists are working to study each one of them. With so many stars in the universe are bound to be strange, there are some brilliant burning balls of gas that stand bizarre in weight, behavior, and size. Just like everything else in the galaxy, there are stars which come in distinct cycles, different breeds and produce some astounding results.

Are you Ready to Hear About the Most Bizarre Stars in the Universe? Let’s read on! 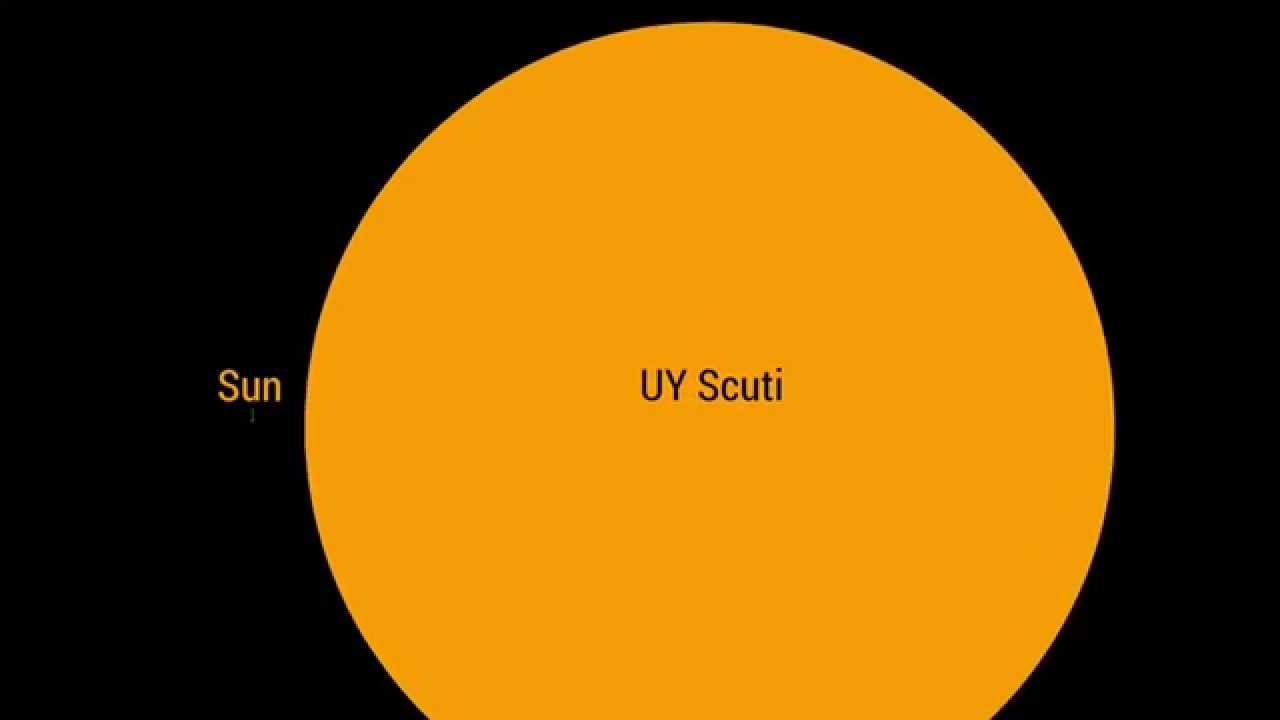 There is a probability that you haven’t heard of UY Scuti. It is a really huge and pulsating variable star in the constellation. The bizarre fact about this stars is, its size is so huge that it could swallow up our star, the entire solar system and half of our neighboring planets. For instance, if UY Scuti is placed in the middle of solar system replacing Sun, its heliosphere would eat Mercury, venus, Earth, Mars, Jupiter and even Saturn (up to some extent). The radius of UY Scuti measures 1700 times larger than the radius of the sun. 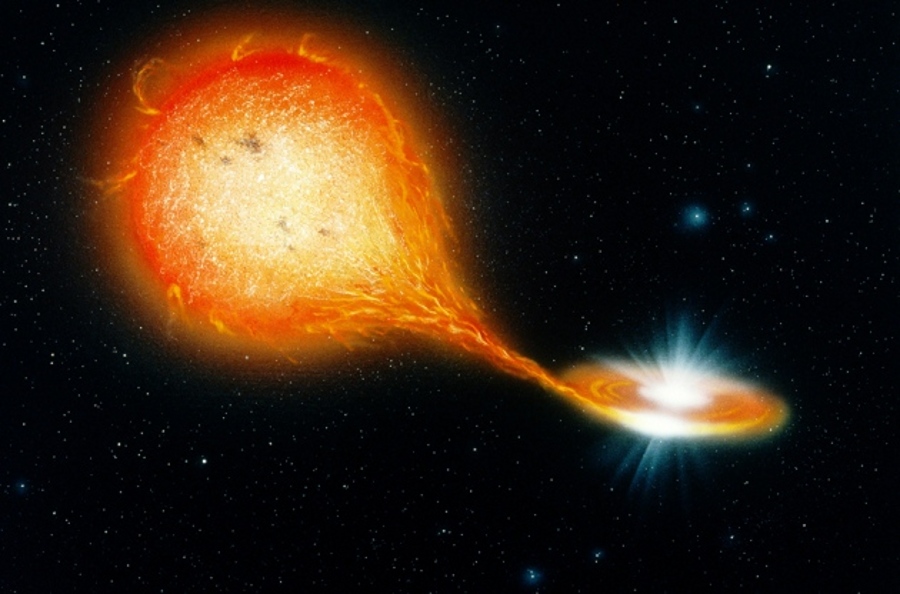 Thorne - Zytkow Object isn’t just unique but is known as the two-star hybrid. It is a hybrid of red supergiant star and the neutron star that combined to form one star. Remember that a teaspoon of neutron star material can weigh nearly 4 billion while a red giant can have a diameter of millions of mile. Initiated as a theory by Kip Thorne and Anna Zytkow, they discovered a candidate for this kind of star called HV2112.

Red dwarf stars are most common in-universe. There are quite dim, small and blood red as compared to Sun and even not much visible to the naked eye. 2MASS J0523-1403 is possibly the smallest star exists in the universe and it is only 40 light years away. The scientists believe that with smaller size and mass it could live 12 trillion years. (3.1) 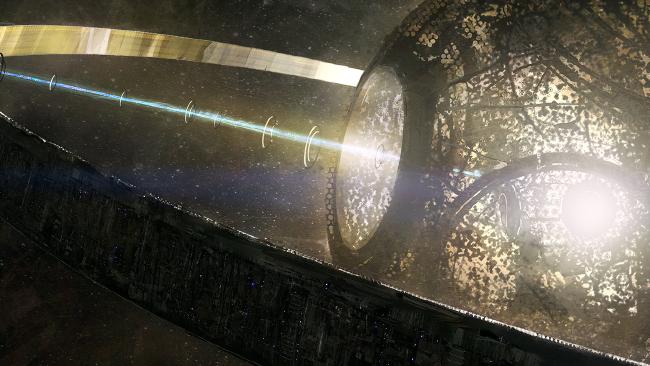 The stellar system KIC 8462852 usually dims up by 20% which literally means something is orbiting it. It is an F-type main sequence star situated in the constellation Cygnus approximately 390 pc or 1280 light years from Earth. Several theories have been proposed to explain the star with irregular changes in brightness by a light curve, but none till date has fully explained the aspects of its curve. 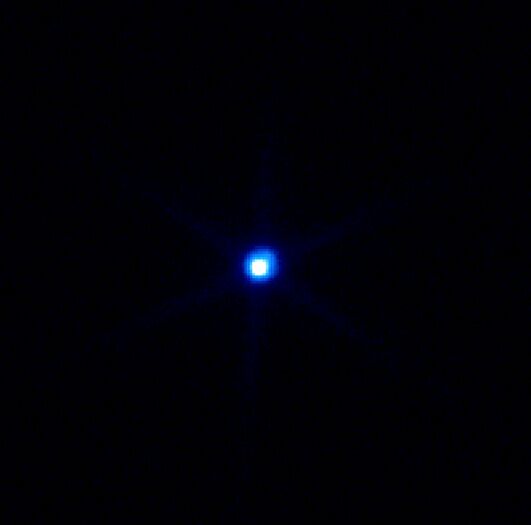 Right from its birth, this neutron star loses energy and cool down. This can clearly indicate that 100,000-year-old star like RX J1856.5-3754 could be so hot and still doesn’t show any signs of activity. According to the astronomer Frederick M. Walter, the star appears to have left the Upper Scorpius Association at the same time that a Supernova ejected the runway O star Zeta Ophiuchus. 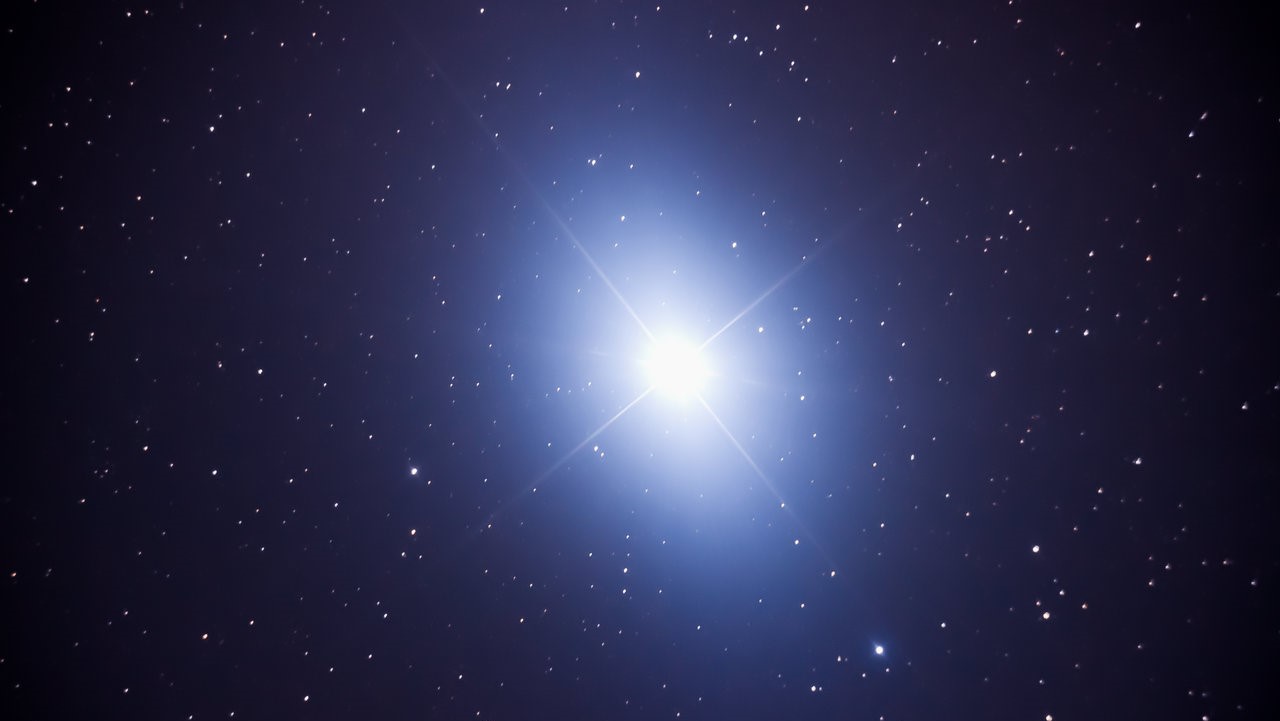 Considered as the 5th brightest star in the sky, Vega rotating speed is what makes it bizarre star in the universe. It rotates 600,000 miles per hour, the speed bends into an egg shape rather than spherical. Another interesting thing about Vega is its temperature variations as it gets cool at its equator. It is a bright star and relatively close at only 25 light years from the Sun. 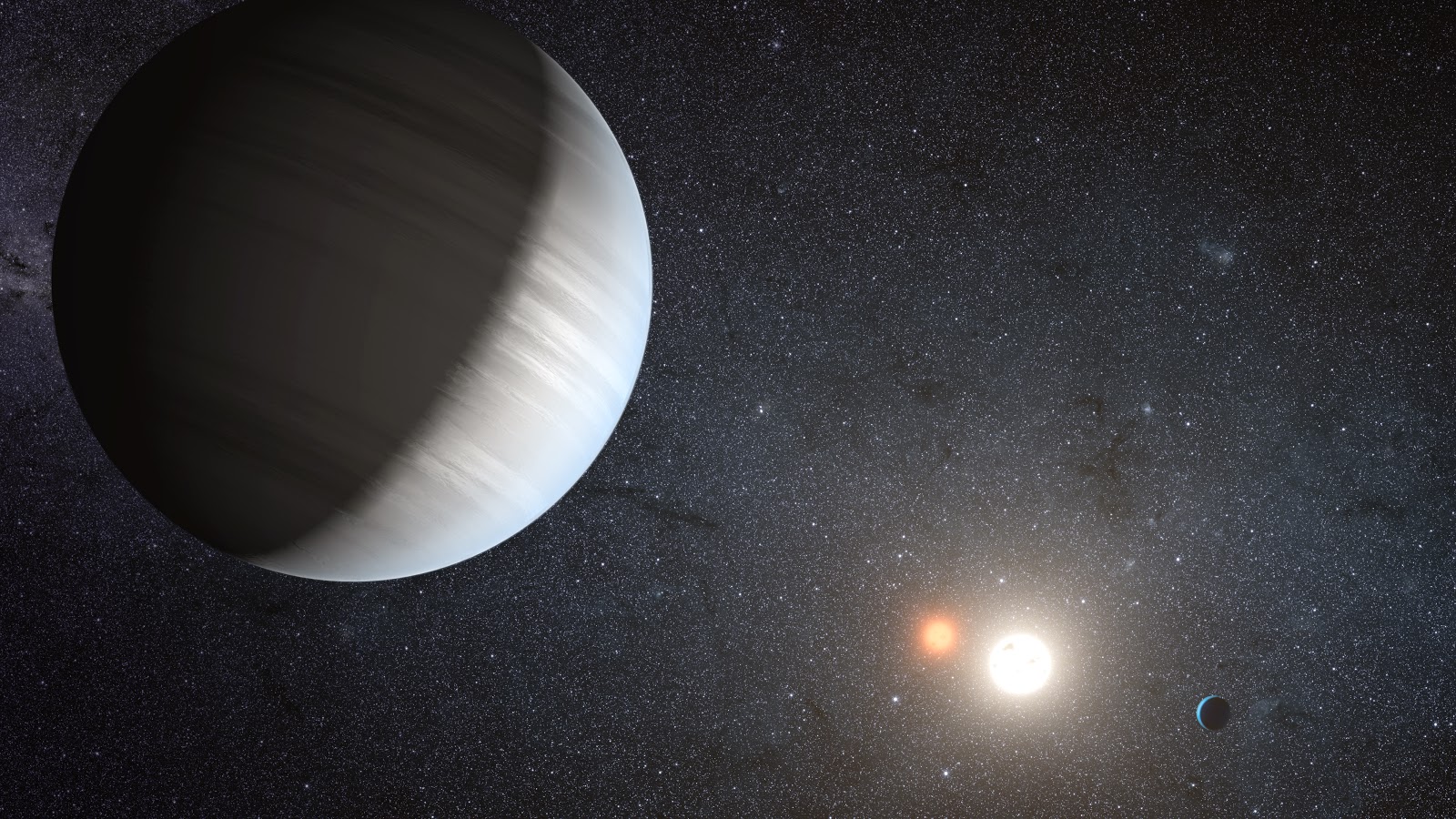 In the constellation Cygnus, astronomers for the first time noticed a pair of planets orbiting two stars. Kepler 47 is a binary system with at least 3 planets in orbit around the pairs of stars situated about 5000 light years from Earth. One star is nearly equal to Sun in size but only 84% as bright. This discovery proves that there could be an existence of more than one planet in the stressful orbit of a binary system. 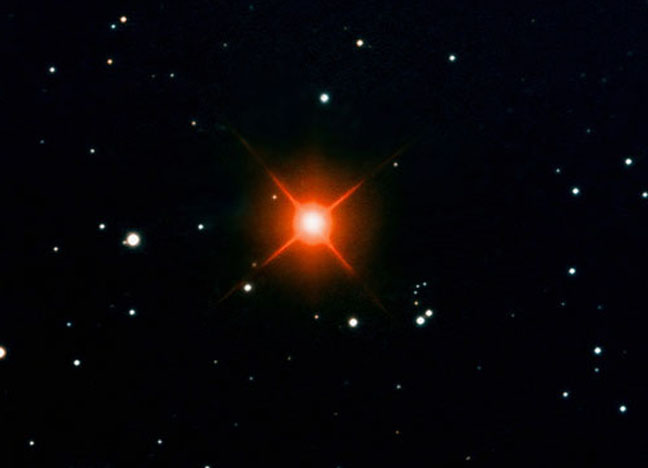 Another huge and the bizarre star La Superba is 800 light years away. It is so bright that it can be seen to a naked eye on Earth. It is the variable star in the constellation and majorly known for its vibrant red appearance. 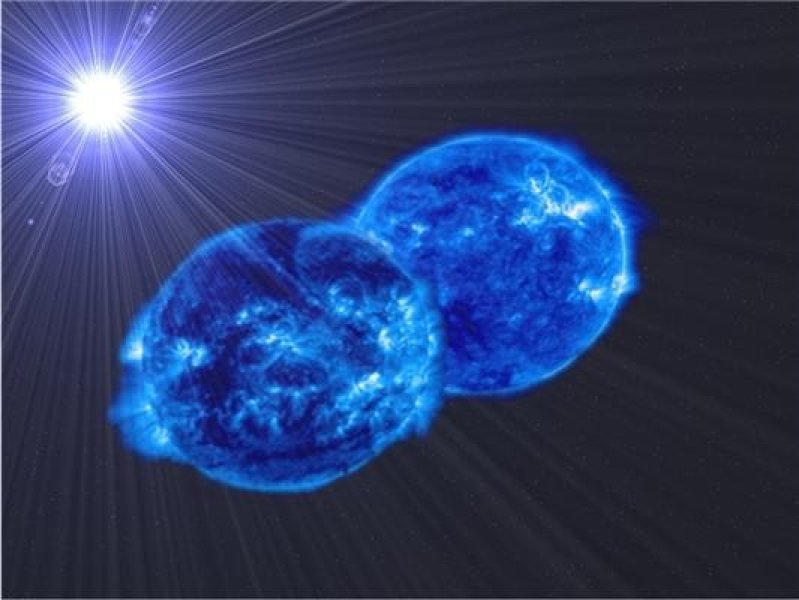 At first sight, My Camelopardalis was thought to be the single bright star but later it was found that there are two stars located very close to each other, they are actually touching each other. No one knows when the two stars get fully merge as the stars are getting melded together to look like one. 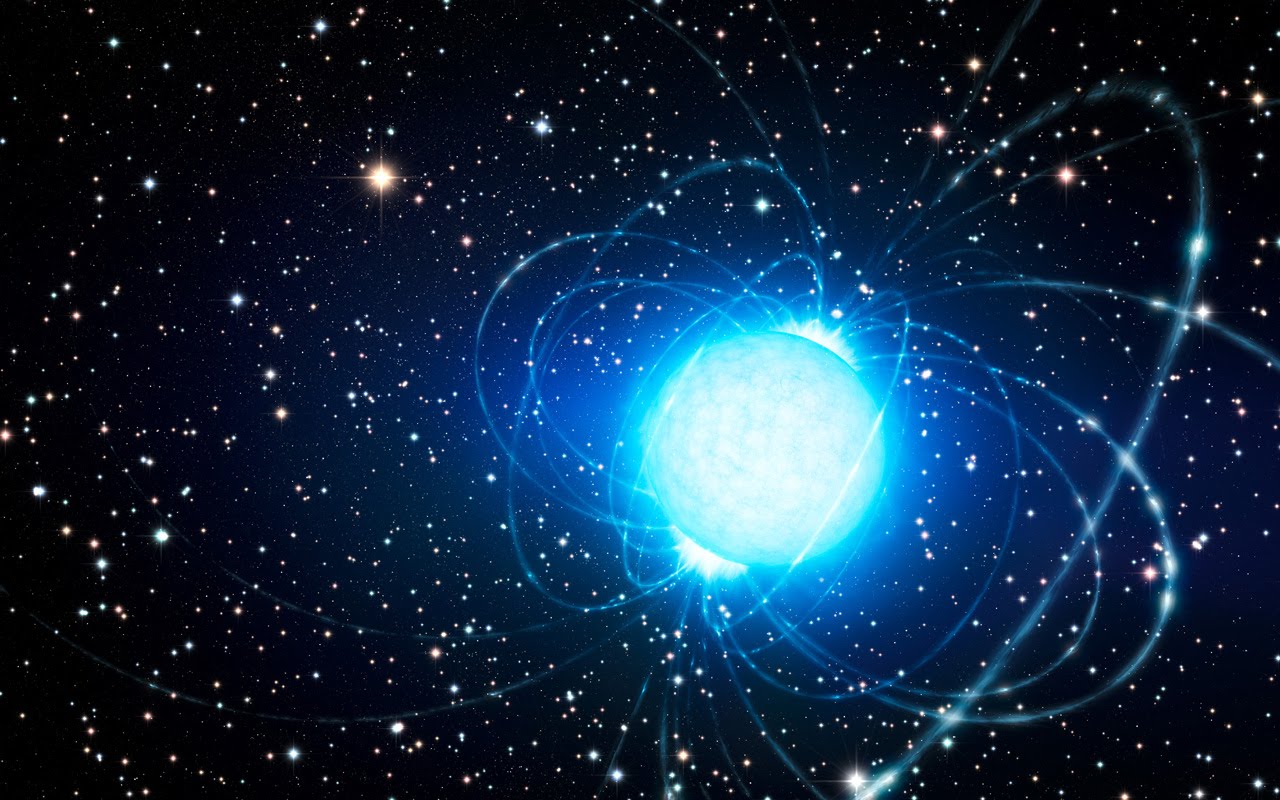 Magnetar SGR 1806-20 is another bizarre star exists in the universe. The star is located 50,000 light years away, astronomers noticed a bright light flash powerful enough that it bounced off the moon and lit the earth’s atmosphere for 10 seconds. It is a type of neutron star with very strong magnetic power that was found in 1979 and identified as a soft gamma repeater.