The story of aquatic humanoids have been depicted in the mythologies of almost every culture, which lends to the conclusion that these creatures once existed and these eminent creatures belongs to history will surely scared you. Come and explore 9 well-known aquatic humanoids creatures here. 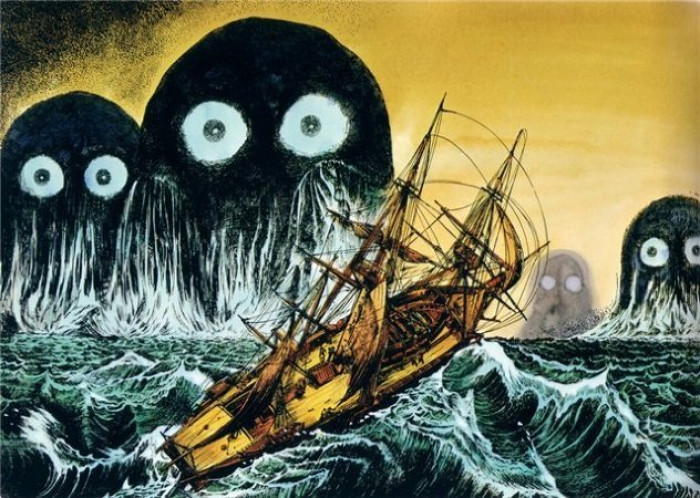 Whether it is about a giant fish, ocean monster, mythical humanoid creatures or aquatic humanoid creatures (Mermaid), historical facts have always captured our imagination. Especially, the stories about Aquatic Humanoid never fail to attract the readers as they often considered it as horrifying monsters. But, this is not a complete truth.

So hold your breath for breathtaking aquatic humanoid creatures

Mermaids or aquatic humanoid are known as ningyo in Japanese. According to an ancient source, this aquatic humanoid is completely different from the western version of a beautiful mermaid. He was described with a monkey’s mouth with small teeth like a fish’s, shining golden scales.

According to researchers, the Ningyo cannot speak but, they produce a pleasant sound like a flute. It was believed that hunting a ningyo can bring misfortune and storms to an entire village so barely any fishermen caught these creatures. Moreover, this aquatic humanoid Ningyo was pretty famous for its flesh and delicious meal. (3.1) 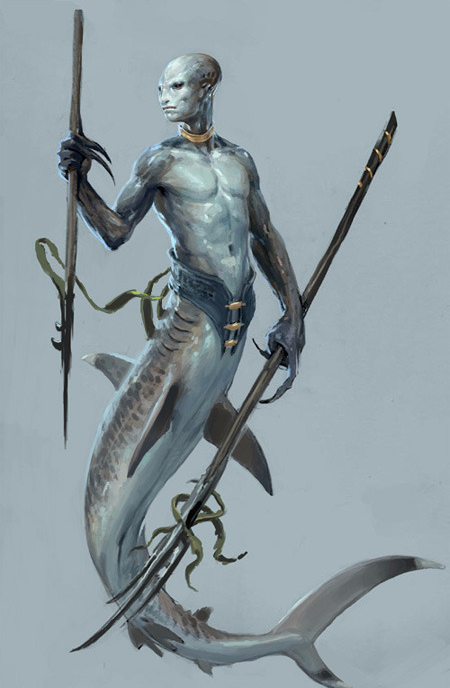 Adaro is a horrific and a unique aquatic humanoid creature from Solomon Island (Pacific Ocean). Adaro is quite a dangerous creature, according to the ancient sources, it appears from the iniquitous part of an individual’s spirit, which can be divided into two parts the Aunga (good) and the Adaro (evil) in which the good part dies and evil one stays as a hazardous creature. The Adaro can be described as a half man and half fish with gills behind his ears, tail and a horn. (3.2) 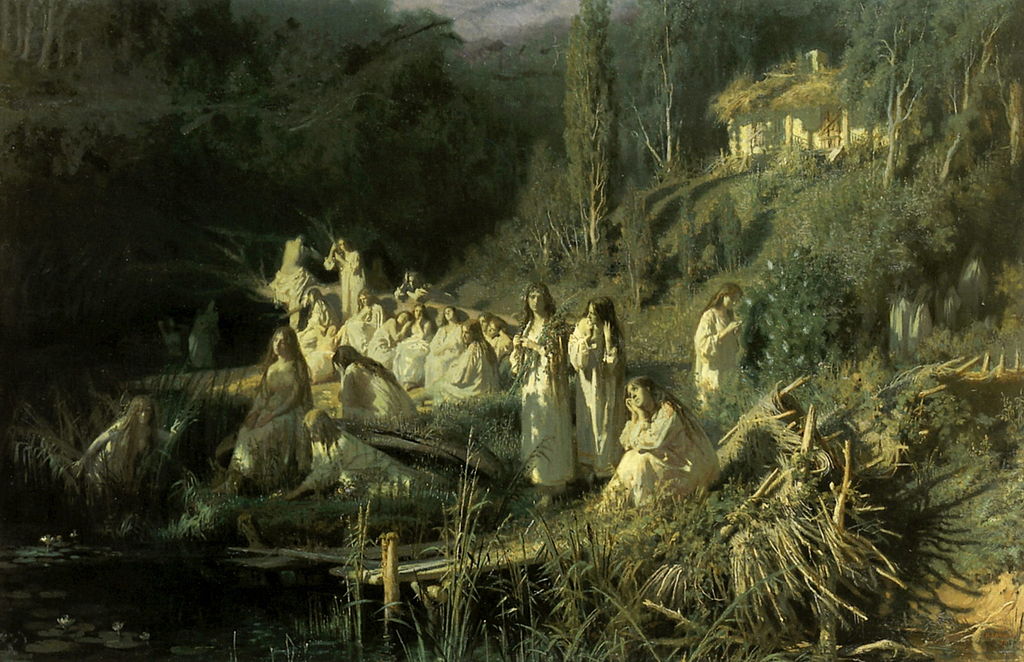 In 19th century versions, a rusalki is a perilous being who is no longer alive and allied to awful spirit. According to some reputed source, young women who committed suicide due to an unhappy marriage or harassed by their partner tends to become rusalki.

However, according to some latest research, not all rusalki are linked with women dying from the water. However, her main purpose was to attract young men, seduced by either her looks or her voice, and then, kill them. (3.3) 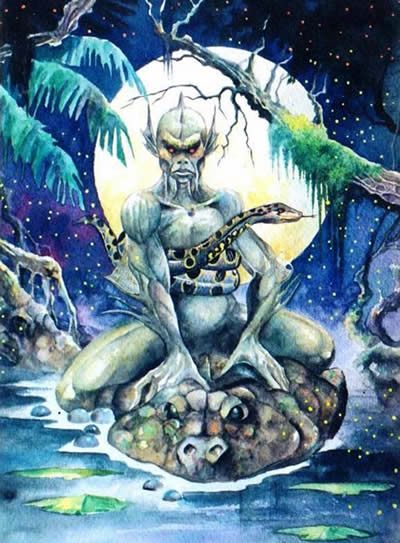 Former people of Amazon believe in Yacuruna an aquatic humanoid or a mythical water people tend to live in beautiful underwater cities. According to some Legend Yacuruna is a man-like creature that is captivating and sexually hazardous who attract humans into the water. Also, they conclude a horrifying fact that if a human was ever captured by a yacuruna, they’d start to remodel into one, starting with their eyes. (3.4) 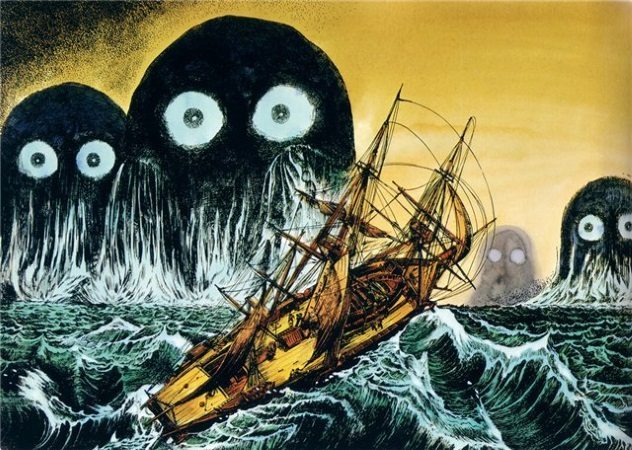 The Umibōzu is another darkest creature allied to aquatic humanoid. According to the legend ocean riding throughout the night is not a good idea, even if the climate is calm and waves are in your favour, as they noticed a black shadow like a huge horrific man which is considered as Umibozu. (3.5) 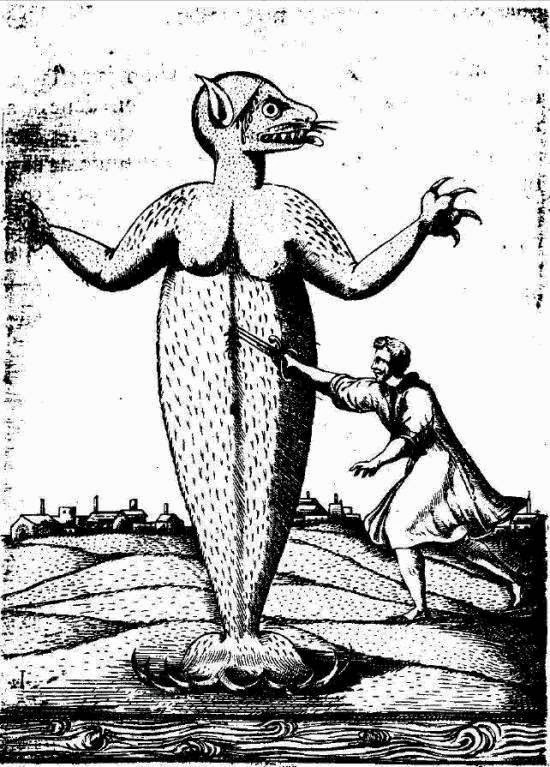 The aquatic humanoid Ipupiara is quite prominent as South American sea monster with terrible appearance. It was concluded by the expert that Ipupiara killed a person too harshly if they dare to cross their way.

According to popular belief, Ipupiara ate parts of their bodies starting from eyeball to fingers, toe and even genitals. Reportedly when the time Brazil was a colony, an Ipupiara was found and killed in the captaincy of Sao Vicente, in the year 1564. (3.6) 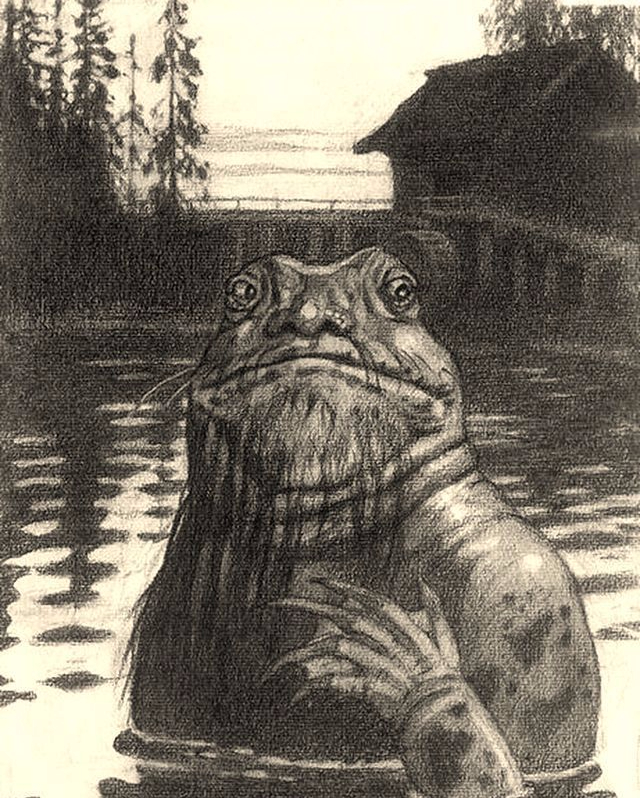 Vodyanoy is considered as a king of all the aquatic creatures. Basically, he was treated as a highly logical person who has command over each aquatic creature. He looked like humans with webbed palms and somehow similar to frog also. (3.7) 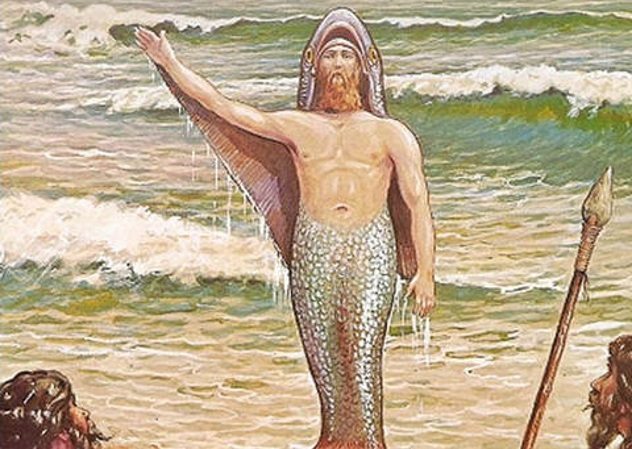 Although, according to legend the most of the mermaid were female and their male counterparts make rarer appearances but this is a myth. As stories have many male mermaids too and Oannes is one of them. He also was known as Adapa and Uanna.

According to some ancient source, he was appeared out of the sea as a fish-human creature to showcase his wisdom to the people. Some traditional stories show that mankind wanted to enrich civilization and they had been seeking for the part of a ship providing the cheapest accommodation for passengers where Oannes emerged from the water to clarify the humanities and science to people. (3.8) 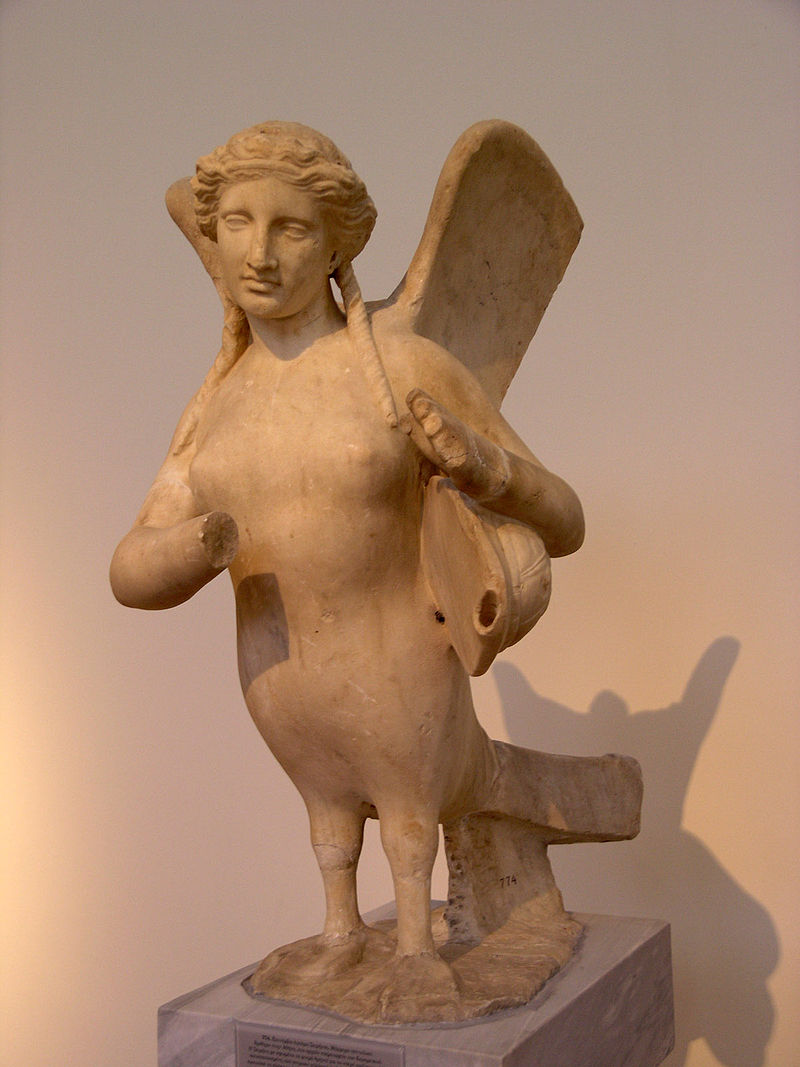 Siren was a half woman and a half bird type creatures belong to Greek mythology. These were fictional creatures who belonged to the historical stories. Basically, siren wanted to combine women and birds in several ways. They used to lure and seduce the humans with their enchanting voice, singing abilities and different tunes. Although, they had some awful and wicked intention behind their motives as after attracting humans they used to drown them in the sea. (3.9)

The never-ending topic “Aquatic Humanoid” and mermaid has a lot to disclose and in this article, we have tried to emphasize the famous 8 mermaid creatures to unfold some facts about them.

Mysterious It Is! Explore How Different Shades Of Supernatural Orbs Influence Your Surroundings