Here is the list of the bizarre trains with unique designs and functionalities and the trains that actually had working prototypes. 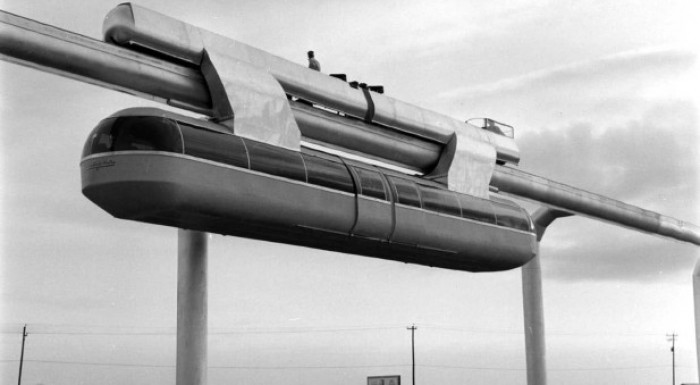 Back in the 1800’s, the Earth’s goods were taken to different countries by ocean’s shipping lines. After a few decades, a concept of trains with their metal rails were introduced. Right from there, the technology evolved to train dieselization.

And now most of the things created are the result of the existing technologies and feedback. So, let’s check out some bizarre trains that crossed some challenge and made it off the board.

Well, you might be aware that the steel tracks ridden by train with steel wheel requires more amount of force, it requires enough amount of money and in turn, even more to maintain them. It is a kind of high-speed train that replaces steel wheel with hovercraft lift pads and railway bed with paved road-life surface.

Back in the 1960’s and 1970’s, American Urban Mass Transportation Administration created two designs: Rohr Aerotrain and Grumman Tracked Levitation Research Vehicle. The TLRV designers hoped that it will reach the speed of up to 300 mph while Aerotrain was hoped to reach 150 mph, the test tracks for both were created in Colorado.

Sadly, before the trains could be developed, the funding was cut and the prototypes were left to crumble. (3.1)

The concept looks amazing, unfortunately, it didn’t collect much interest from across the world and no one invested in this overhead flying train and the project was scrapped in 1956.

As the expansion of train developments is directly proportional to the requirement of railway tracks which in turn leads to the need of more material and thus the project blueprint ended up with unexpected expenses.

The Bennie Railplane was expected to solve this problem, using plane technology that would fly over the existing train lines. Though, the concept was quite amazing it didn’t receive any investor and the plan was scrapped in 1956.

When the rail plane train was being initiated in Scotland, the Germans were trying their hands on their own prop-driven train. Instead of flying overhead existing train lines, this prop driven train would use ground-based railways. It would be powered by airplane propellers, the Germans called this propeller-powered aluminum train the Schienenzeppelin.

The train performed very well and reached a speed of 140 mph. It was one of the fastest trains of its time, but it never made it into production due to some concerns about passengers head decapitation if people come too close to the rear of the train. When Hitler, came to know about this the train was melted down to feed the Nazi War Machine. 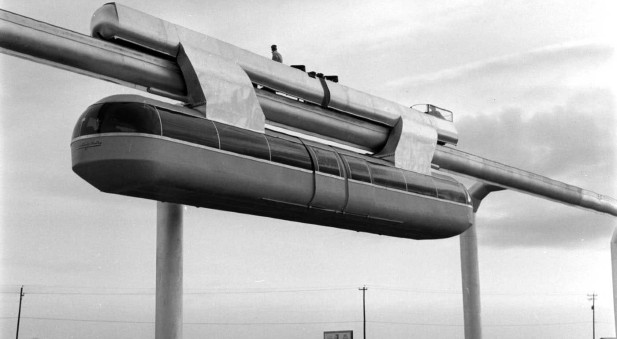 With increasing traffic problems in the city, Monorail Inc in 1956 built a trial track at the city’s Arrowhead Park. The future cars traveled on this monorail carrying more than 50 passengers at around 10 mph. Though, the train gained a lot of attention, the city turned to buses and expanded its freeway system to maintain more private vehicles. Later, the monorail concept was scrapped and shipped to be exhibited in Dallas. 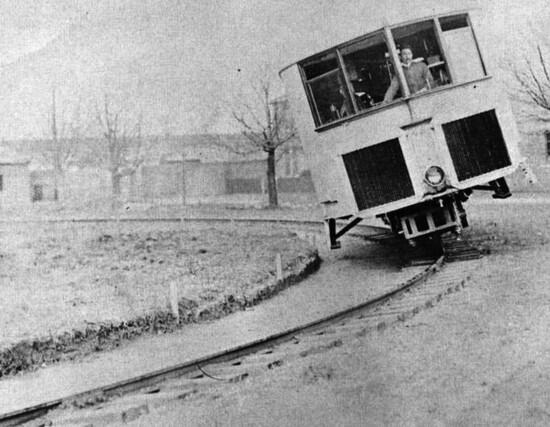 Buying land for trains is really very expensive, to solve this, Louis Brennan – who invented the ‘world’s practical guided missile’, created a plan to solve this issue. He reduced the two tracks into one. He built a balancing train – gyroscopic monorail that balances on single rail using the powers of spinning wheels and physics of balancing.

The train functioned well, and even cleared the trial test with a load of passengers; the only problem was without the operating gyroscope the train would fall anytime. He couldn’t guarantee that if the train can manage that also, unfortunately, investors withdrew their money. 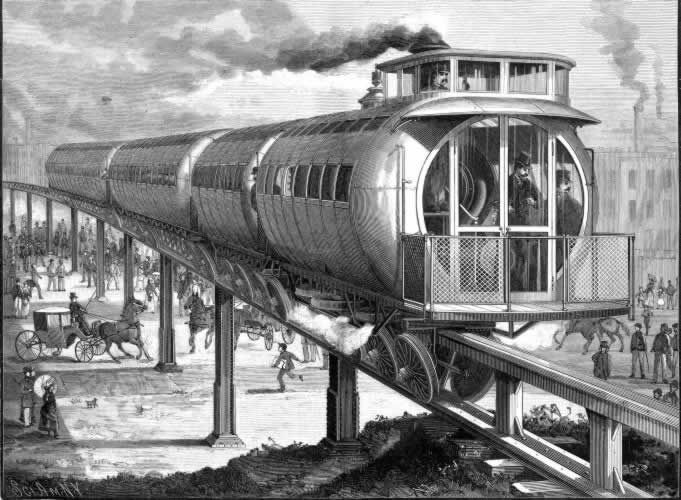 The Steampunk Monorail is a combination of modern and super cool design. It was at the 1876 Centennial Expo in Philadelphia; one of the first monorails was ever built. After 10 years, Josiah V. Meigs built a track and train in Massachusetts. He worked on many technologies and spent many years in functioning train in hopes of contributing to the world.

At that time, the conventional rail technology was rolled out in cities, but citizens’ complaint that the huge structure of train made the streets underneath the tracks too dark. To this, he hoped that his monorail idea would work here with one skinny rail. Unfortunately, his monorail concept was scrapped due to vandalism possible from other competitors.

With the evolution of technology, the method of rail repulsion also changed a little. Mechanical power is transferred to engine which drives the train forward. It can be gas, diesel or electricity but the principle is the same.

It was in 1966 when the New York Central Railroad Corporation tried to modify this by joining two jet engines taken by an intercontinental bomber to a train engine. The outcome was the M-497 Black Beetle which on test track reached the speed of 183.68 mph that remains unbeaten till today. When NY central railroad merged with its competitor Pennsylvania Railroad the project was left abandoned.

China is taking the concepts of mastering driverless cars at another level. Recently in 2017, the CRRC Zhuzhou Institute Co Ltd disclosed the concept train, ART (Autonomous Rail Rapid Transit), this train follows a path made only from painted ‘tracks’.

If there is an accident or heavy traffic on the route, the train can detour around the interference caused. When the project will go live it will have drivers but will soon get automated into a driverless rail train. (3.2) 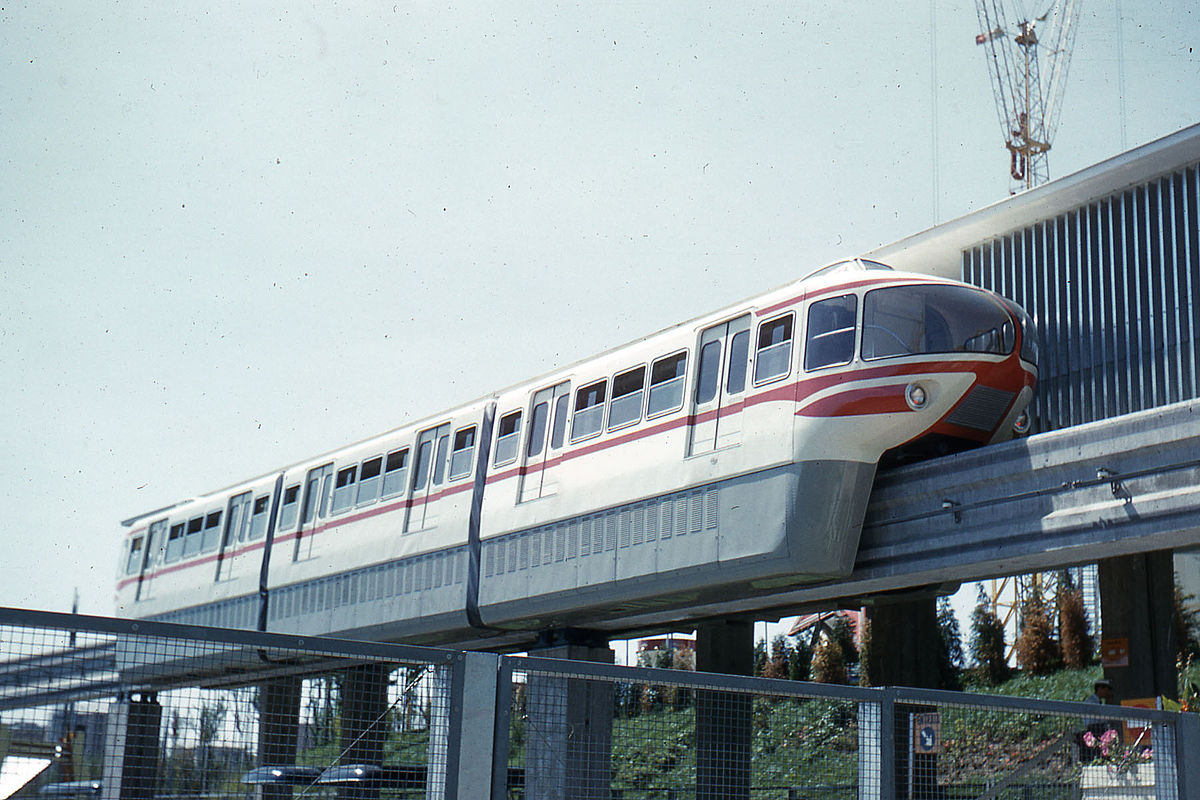 Dr. Axel Lennart Wenner Gren – a Swedish entrepreneur and one of the wealthiest men in the world dreamed of fast trains, and in 1950 initiated the Alweg Transportation Company. He wished to develop high-speed trains that would carry passengers from one destination to another. His train prototypes proved that his trains could easily handle highly banked curves that are of great importance when dealing with terrain.

He didn’t receive any investments but the Monorail system of Disneyland opened in 1959 and another small line was launched in Seattle for the city’s 1962 expo. Alweg system’s failed to attract until it was bought by Japan’s Hitachi Monorail company.

It was in 2010 when a Chinese company initiated a vehicle Transit Elevated Bus that would drive on slits through traffic. The company also released the video in 2016 and showed the concept, but people find it impractical. Tall vehicles with cargo would get struck by the TEB as it passed overhead. Other even concluded what would it do if interact with footpaths and bridges.

Yet to everyone’s question a prototype was built and disclose in summer 2016 in Qinhuangdao. It actually ran on special tracks and could not veer. As it is limited to tracks its name should be TET i.e. transit elevated Train. The makers claimed that it could carry weight equivalent to 40 buses. Its belly towering over the 2 meters high traffic and could pass under small vehicles.

The alarm bells went off when it was announced that the company touting the TET was Huaying Kailai – a blacklisted corporation known for its suspicious scheme. A few days later the officials shut the project down and it was reported that over 30 people were arrested including the head Bai Zhiming. (3.3)

8 Of The Most Cruel & Dreadful Facts About Westboro Baptist Church