Higgs Boson: How it Became Popular & Why is it Called a "God Particle"?

Many of us think that why a particle Higgs Boson got this much popularity? Also, why is it known as “God Particle?” Is it related to religion? So, here we have answers to all these questions. Let’s know! 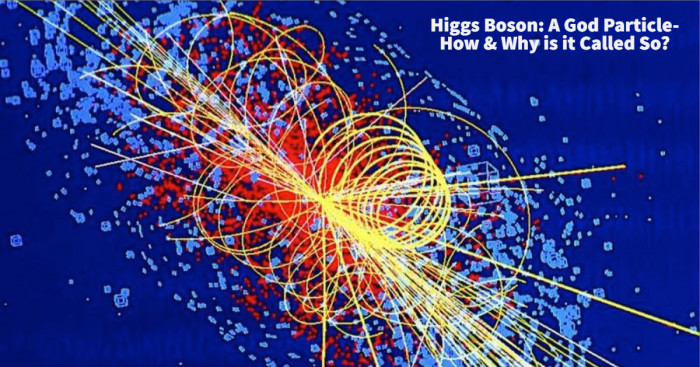 There are rare scenarios when particle physics gets some serious attention like political and celebrity gossips. And, the Higgs boson has gained that level of attention since July 4, 2012.

It was a special moment for all Sciencophiles when scientists at CERN (The European Organization for Nuclear Research) declared that they'd found a particle that behaved the way they expect the Higgs boson to behave. It was also named the "God Particle," and maybe the fame boson earned is because of its controversial nickname.

Well, there is much more to learn about it, especially the fact that why it is called God Particle? Or what is the reason behind its huge popularity? Let’s learn all about this in detail here.

What is Higgs Boson?

Simply put, an elementary particle in the Standard Model of particle physics which is produced by the quantum excitation of the Higgs field (one of the fields in particle physics theory) is what we call Higgs Boson. It is named after physicist Peter Higgs who proposed the mechanism in 1964 and also suggested the existence of such a particle. Further, based on collisions in the LHC (Large Hadron Collider, world's largest & most powerful particle collider) at CERN, its existence was authorized by the CMS and ATLAS collaborations.

Watch a Video by TED-Ed

How Does the Higgs Boson Work?

Well, in the 1960s physicist, Peter Higgs proposed a theory and Higgs boson was part of that theory. Further, in the 1960s, others dived in to explain how particles obtain mass.

That theory suggests that everywhere in the universe, a so-called Higgs energy field exists. And, as particles zoom around in this field, they interact with and attract Higgs bosons which further assemble around the particles in varying numbers.

To understand more, let’s assume the universe like a party. At that party, some relatively unknown guests can pass quickly through the room going unnoticed. However, more popular guests will attract groups of people (the Higgs bosons) who will suddenly slow their movement through the room.

Moreover, particles which are moving through the Higgs field have the same speed and also work much in the same way. It is a fact that some particles attract larger clusters of Higgs bosons - and the more Higgs bosons a particle attracts, the greater its mass will be.

Peter Higgs and François Englert, two of the physicists, were awarded the Nobel Prize in Physics for their theoretical predictions on December 10, 2013. Even though several researchers between about 1960 and 1972 independently developed different parts of it, Higgs's name has come to be associated with this theory (the Higgs mechanism).

Why is Finding the Higgs Boson So Crucial? 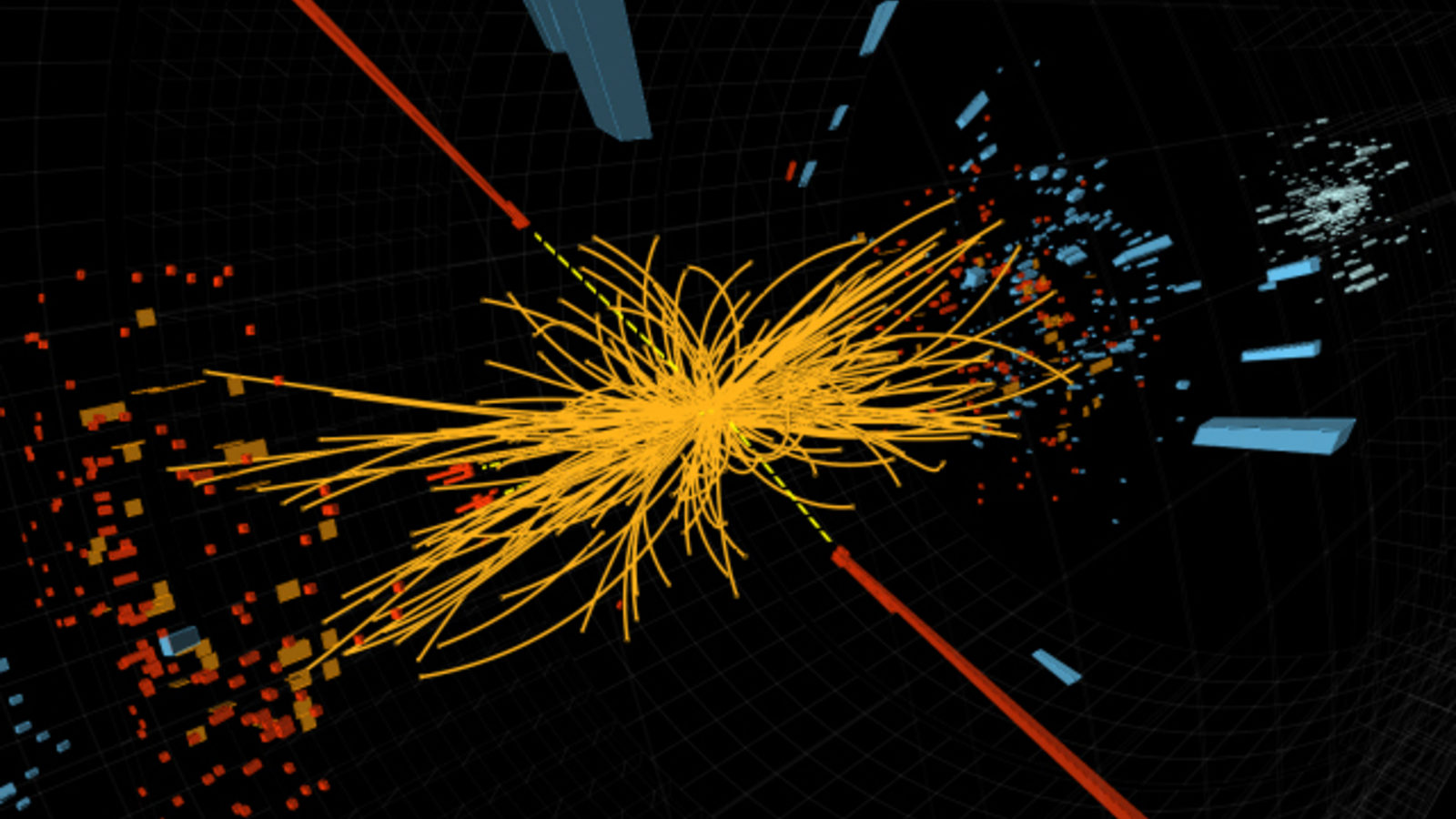 According to experts, Higgs Boson fills a huge hole in the Standard Model that has existed for more than 50 years.

"The Higgs boson is the last missing piece of our current understanding of the most fundamental nature of the universe.
Only now with the LHC [Large Hadron Collider] are we able to really tick that box off and say 'This is how the universe works, or at least we think it does'.
It's not the be all and end all -- but in terms of what can we say practically about the world and how the world is, it actually tells us a lot."

Further, Director of the Michigan Center for Theoretical Physics, Gordon Kane, continued that finding evidence of the Higgs boson would be a "very wonderful success of science and of people for four centuries."

Why is it Called The ‘God Particle?’

Nobel Prize-winning physicist Leon Lederman gave this popular nickname to this elusive particle especially for the title of a book. However, Lederman said once that he wanted to call it the "Goddamn Particle" because "nobody could find the thing."

"God particle' is a nickname I don't really like. It's nothing to do with religion — the only (theoretical) similarity is you're seeing something that's a field that's everywhere, in all spaces."

How Are Scientists Searching for the Higgs Boson? 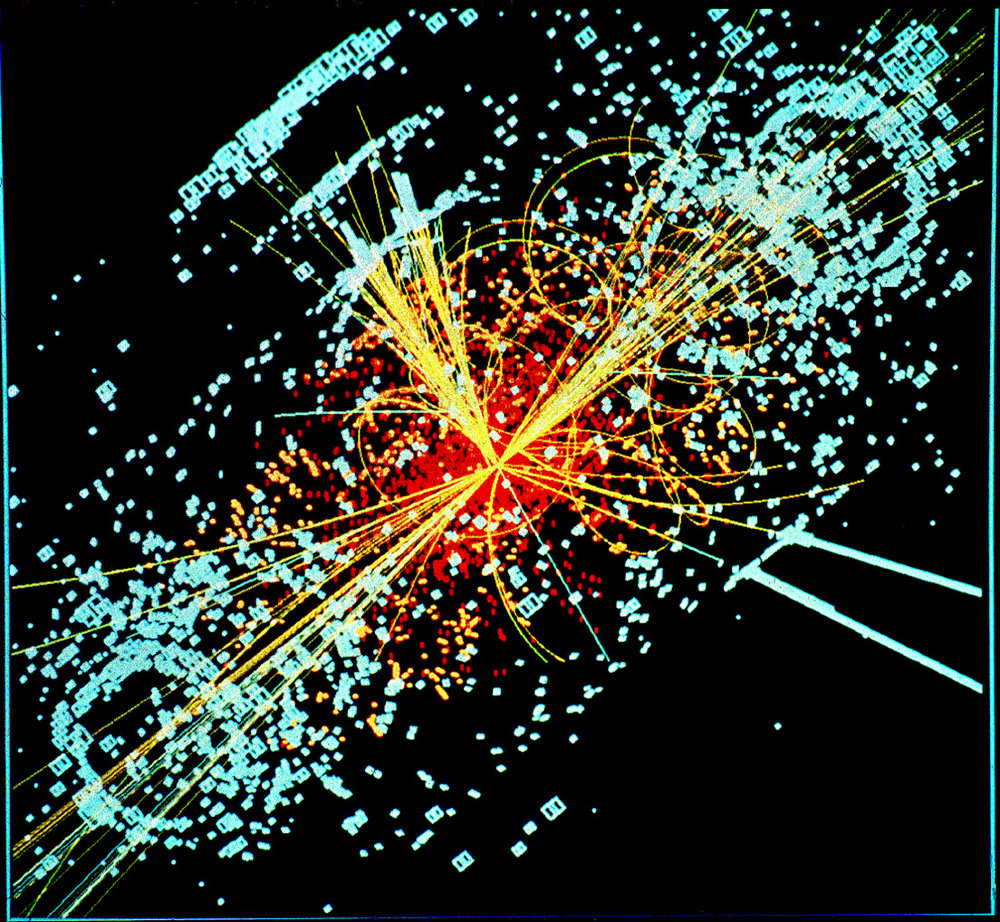 For the past many years, scientists have been searching for the Higgs boson. For that, they have smashed several protons together at high energy in the $10 billion Large Hadron Collider (LHC) at CERN.

Besides, high-speed proton collisions generate a range of even smaller particles that scientists sort through in search of a signal in the data, suggesting the existence of the Higgs boson inside the LHC.

"You're just hoping that somewhere in these collisions that you see something ... some sort of a statistical bump."

Moreover, Archer said that, if Higgs bosons exist, they are elusive, popping up and then disappearing again quickly. It infers that scientists at the LHC will only be able to observe their decaying remnants.

No wonder, scientists took several years to narrow down the range of mass in which they thought the Higgs boson could exist, yet a statistical bump suggests they're on the right track, during the past years.

"Now they're starting to get a bump, the scientists should be able to get that result more and more.”

What if Scientists Don't Find the Higgs Boson?

"It just makes sense within the framework that we've got everything set up in, given that everything else that we can describe and we can see seems to be described in this simple way."

Every scientist somewhere has this thought that the Large Hadron Collider will either prove or disprove the existence of the Higgs boson once and for all. And, experts say if the LHC doesn't find it, it doesn't exist.

Moreover, Martin Archer said that a failure to find the Higgs boson would be even more exciting than discovering the obscure particle.

"If we don't see it, it actually means that the universe at the most fundamental level is more complicated than we thought, and therefore may be the way we've been attacking physics isn't right."

Well-known late British physicist Stephen Hawking warned everyone that the elusive ‘God particle’ which is discovered by scientists in 2012 has the potential to destroy the universe.

He said that the Higgs boson which gives shape and size to everything that exists could become unstable at very high energy levels.

After that, Hawking reported Express.co.uk that it could cause a “catastrophic vacuum decay” that would lead space and time to collapse.

“This could happen at any time and we wouldn’t see it coming -- PROF. STEPHEN HAWKING Theoretical physicist.”

“The Higgs potential has the worrisome feature that it might become mega stable at energies above 100bn giga-electron-volts (GeV).”

Moreover, he said that high destabilization of Higgs could lead to the end of the universe.

“This could happen at any time and we wouldn’t see it coming.”

Further, he said that the possibility of such a disaster is doubtful to happen in the near future, but, the risk of the Higgs becoming destabilized at high energy is too huge to be ignored. 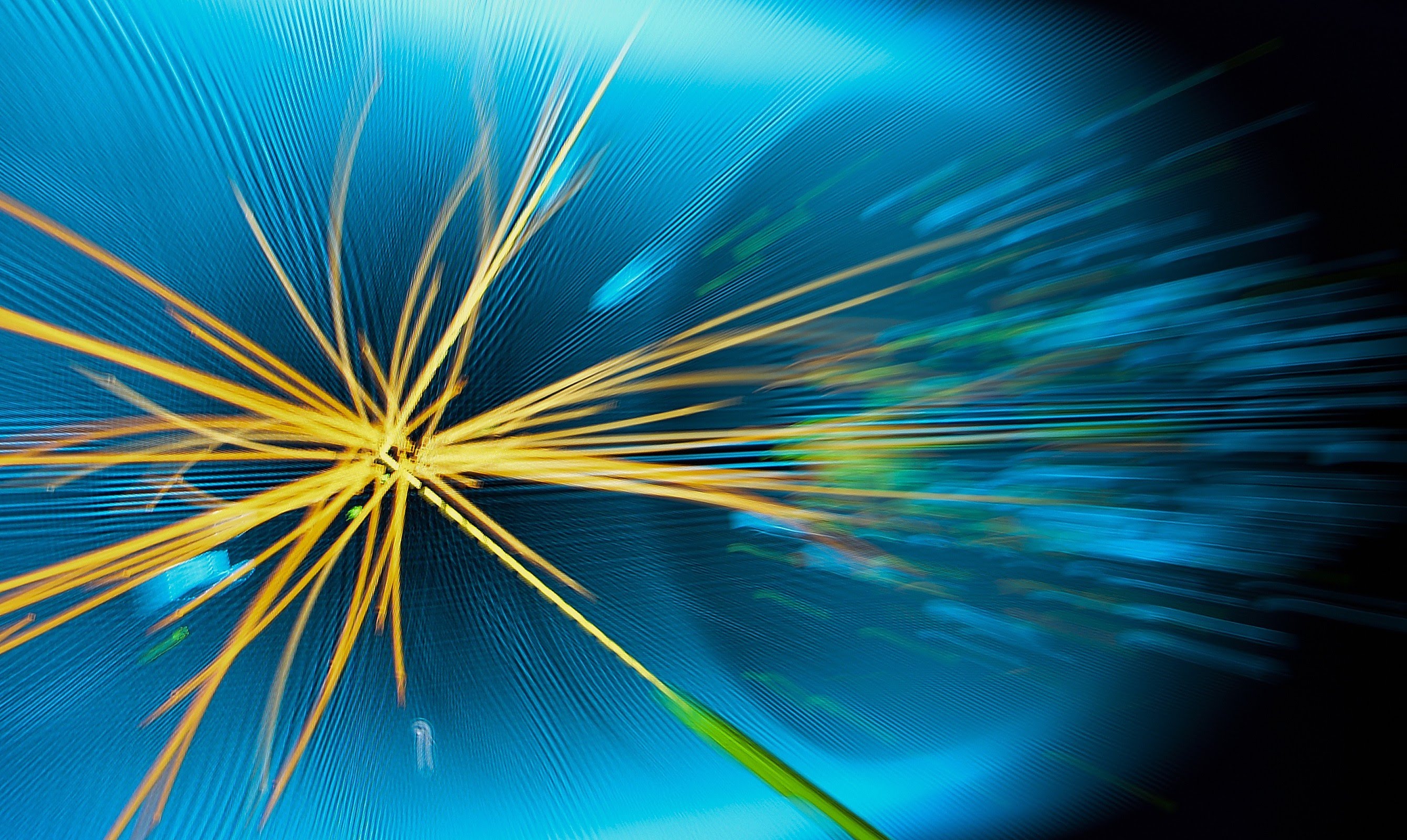 It is called as the God particle only because Leon Lederman gave that name to his book about it. It could be wildly inaccurate, but a marketing genius. Also, it’s not so praised by some scientists.

Well, Lederman and his co-author Dick Teresi did explain in book’s first chapter,

“The publisher wouldn’t let us call it the Goddamn Particle, though that might be a more appropriate title, given its villainous nature and the expense it is causing.”

Even one famous scientist Neil deGrasse Tyson's said in an interview that there is a science joke which is his favorite, related to Higgs. The joke is like,

“Higgs boson walks into a church, and the priest says, 'I'm sorry we don't allow Higgs bosons to come to churches.' And [the Higgs] says, 'But without me, you can't have mass.'"

2. The Mechanism of Higgs Makes the Universe Fascinating

Well, the elementary particles of nature like electrons and quarks would all be massless, if it weren’t for the Higgs field (or something else that would do the same trick). It has been very well explained in laws of physics that the size of an atom depends on the mass of the electrons which are attached to it. That means,

“the lighter the electrons are, the bigger the atom would be.”

The basics of how elementary particles and forces interact in the universe are easily laid out by the Standard Model of particle physics. Although, how particles get their mass is unexplainable by the theory.

Bits of matter or particles vary in sizes. They can be larger or smaller than atoms. And, for instance, we all believe that the subatomic particles that make up an atom are electrons, protons, and neutrons.

Well, many scientists consider that the god particle gives all matter its mass.

4. The Top Scientific Achievement So Far

Scientists say they are almost certain they have proven the existence of the Higgs boson — a never-before-seen subatomic particle long thought to be a fundamental building block of the universe.

Experts say finding the elusive particle would rank as one of the top scientific achievements of the past 50 years.

5. Why Call Them Bosons?

It is one proud feeling for all Indians that it is named after the famous physicist Satyendra Nath Bose. It is mentioned that it was Bose who figured out the behavior of the group of identical photons.

Scientist Bose was much into reproducing the Planck's law of radiation mathematically by using only quantum mechanical ideas. Even his technique laid the foundation of quantum statistics. Further, he then sent his paper to Albert Einstein. He then recognized the value of his calculation. Also, he translated that paper into German and published in the journal Zeitschrift fur Physik.

Further, the technique used by Bose goes under the name of Bose-Einstein Statistics. And, photons or particles which obey these statistics are known as bosons.

Must say, Einstein, did realize the enormous breakthrough Bose made. Only he took Bose’s work much further. Well, to celebrate Bose’s contribution to developing this theory, it was Physicist Paul Dirac who was the first to use the term “boson” to describe the particles that obeyed Bose-Einstein statistics.

So, we have learned many interesting things about Higgs Boson, but this is for sure that Higgs boson would not close the book on particle physics. Also, there is a popular theory called supersymmetry which does predict that there must be at least five Higgs particles. That means if one Higgs particle exists, it surely has relatives as well. Hence, finding the new particle would only be the beginning.