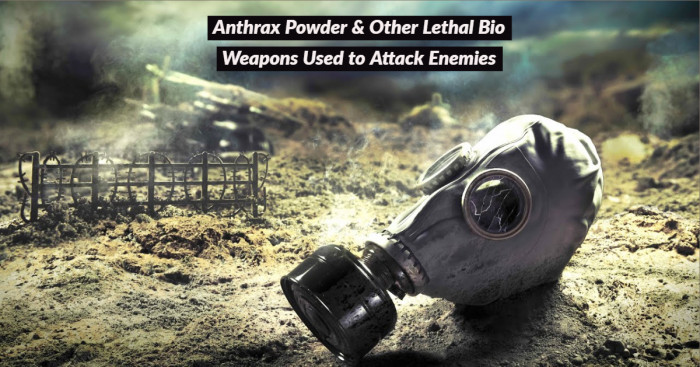 Do you know that Anthrax Powder is majorly used by the military as a bioweapon to attack enemies? Anthrax is spread by contact with the bacteria Bacillus anthracis which usually appear in animal products.

Anthracite or hard coal is the rarest and the most mature coal which accounts only 1% of the total coal reserves. This mature coal has the highest carbon content when compared to bituminous coal, lignite, and sub bituminous coal.

Anthracite is referred to as the black form of coal. It has a very low moisture content and is usually found in the eastern part of the US. Smaller amounts of this hard coal also occur in China, South Africa, and other countries.

Introduction to the World’s Most Dangerous BioWeapons

Do you know that biological weapons are the deadliest weapons ever produced? They are living organisms that replicate within their host victims. Biological Weapons or Germ Warfare is the use of infectious agents such as fungi or viruses to kill animals, humans or plants as an act of war. They are employed in various ways to gain an advantage of the enemy by actual deployments. These harmful agents are targeted against a group of people, agriculture to produce a shortage of foods, animals or even an entire population.

The infectious agents can be enhanced in their natural state and later can be altered to make them suitable for storage and dissemination as weapons.

How is Anthrax Powder Used as a Bioweapon to Kill Senators? 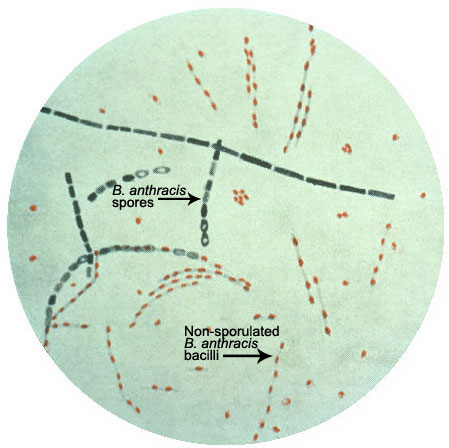 Bio Weapons such as Bacillus Anthracis or Bacillus Anthrax, Variola, when used, result in a devastating effect. Bacillus Anthracis is one of the deadly agents ever used as a biological weapon. It is mixed with powders, food, sprays, and water. The odorless, infectious and invisible properties make Anthracis a harmful bio-weapon.

It is commonly found in soil in low amounts where animals come in contact with spores while searching for the food. It can also be produced in a lab. Bacillus Anthracis effects animals and can be transmitted to humans by handing of an infected animal or by eating meat.

Below are some examples when the military used this deadliest BioWeapon to kill people.

It was on 2nd April 1979 when the anthrax powder was first accidentally released from Sverdlovsk-19a military research facility. This ‘Sverdlovsk Anthrax Leak’ or ‘Biological Chernobyl’ resulted in over 100 deaths. However, the exact number of deaths is still unknown. But somehow, vaccinations, medical interventions, and cleanup save 30 victims. The cleanup method for anthrax uses oxidizing agents such as ethylene oxide, chlorine dioxide, ozone gas, sodium persulfate and products containing sodium hypochlorite. These agents destroy bacteria spores and increase the chances of survival. 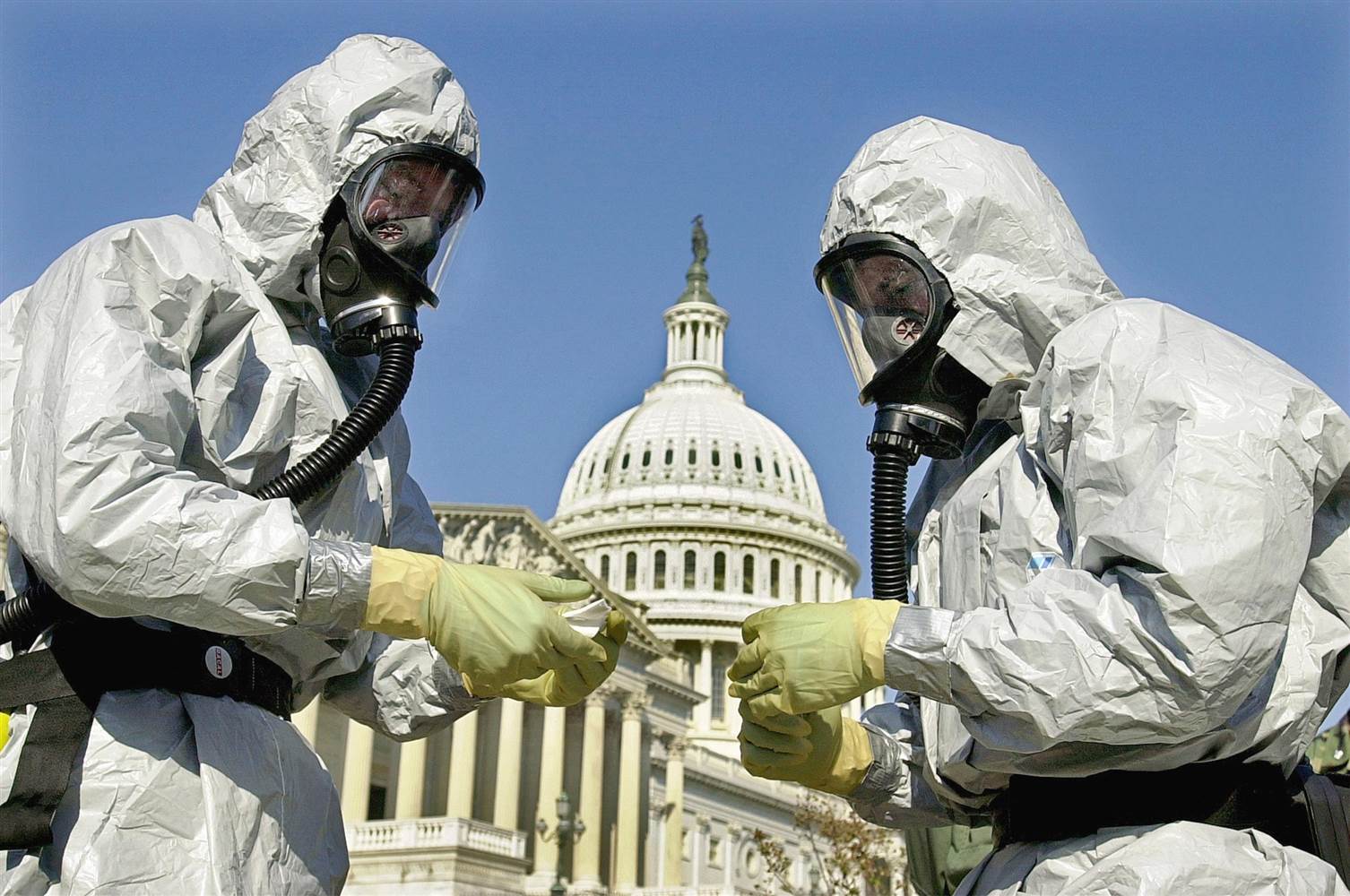 Later in 2001, anthrax spores were used for bioterrorism in the United States. The letters containing powdered Bacillus Anthrax spores were sent to two Democratic senators: Patrick Leahy of Vermont and Tom Daschle of South Dakota through the US postal system. As a result, it affected 22 people out of which five died. People were infected after inhaling airborne spores that were contained in letters.

After this incident, the US Postal Service installed Autonomous Detection System (Biohazard Detection Systems) at centers to scan for anthrax being transported through the mail. 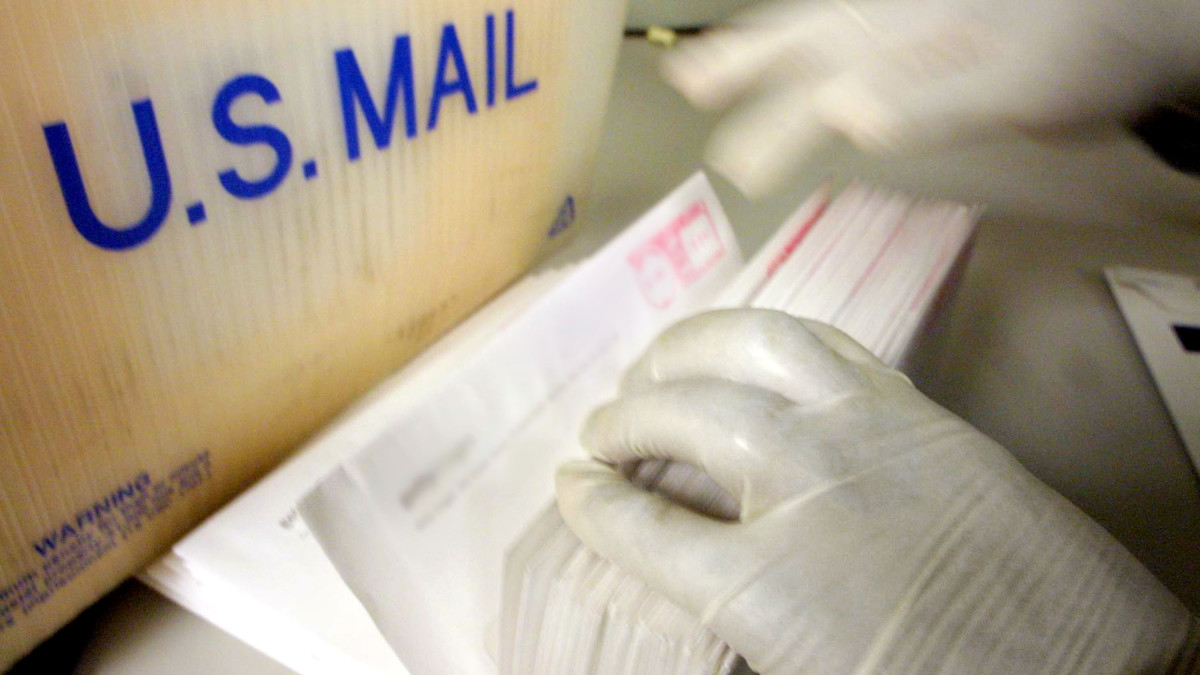 In response to the anthrax attacks, the United States Postal Service decontaminated mail using gamma irradiation and treatment with enzyme formula supplied by Sipco industries. An experiment performed by students was later published in ‘The Journal of Medical Toxicology’ advised that electric iron at 204 °C when used for 5-10 minutes destroy the anthrax spores in a postal envelope.

Wool Sorter’s disease is an alternative name of Anthrax. It is caused by the inhalation of spores of the Bacillus Anthracis in the wool of sheep (contaminated). Sheep and goats, when infected with anthrax, die suddenly. Signs of anthrax may include fever, weakness or difficulty in breathing. In some cases, milking animals stop giving milk and their urine may be stained in blood.

The gastrointestinal form of sorter disease causes abdominal pain, diarrhea, and vomiting. Vaccines can help prevent disease in humans, and even antibiotics can be successfully used to treat infections. Cutaneous Anthrax symptoms may include sore on the neck, face, hands, and arms, swelling around the sore, group of blisters that may itch.

Other Common Uses of Anthracite 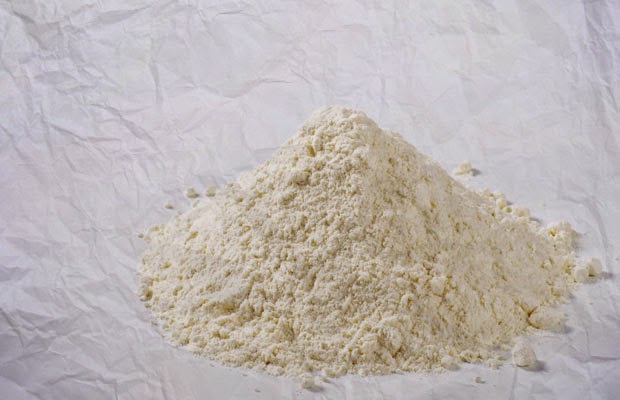 Anthracite is popularly used in several household applications as a major component of charcoal briquettes ( a compressed form of coal dust).  It is mainly used for space heaters (portable heating devices) because Anthracite is one of the cleanest types of coal to burn and produces less smoke. When burned, it can reach high temperatures and produce a hot blue flame. Anthracite is primarily used as a reduction agent for briquetting charcoal, iron ore pellets and more.

List of the Other Biological Weapons Used in War

Let us know about some more biological weapons used in war below. 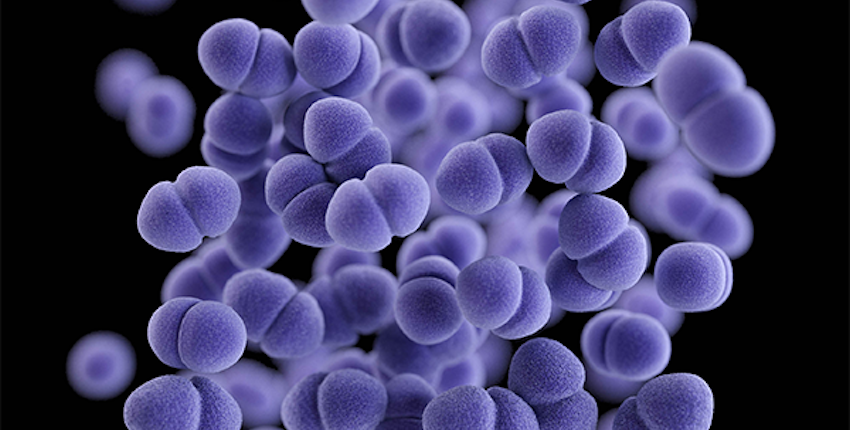 This biological weapon is easy to produce and can be distributed via aerosol. Only a gram of Botulinum Toxin can kill over a million people if inhaled. Botulism is a muscle-paralyzing disease caused by a toxin produced by bacteria called Clostridium botulinum.

It is found at the bottom of lakes and streams and sometimes in the intestinal tracts of animals (fish). It was in 1990 when Japanese released an aerosol of this toxin against several political agents.

Smallpox, a highly contagious disease that has no cure, is caused by the Variola Virus. The signs of smallpox include body aches and rashes that develop from fluid-filled bumps. It is believed that Variola major is used as a biological weapon against Americans during the American Revolutionary War.

The threat to this disease decreased when WHO launched a global immunization program against smallpox in 1967. 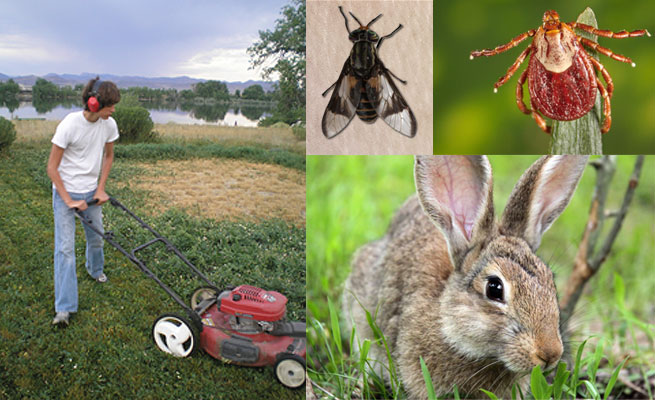 People affected with Tularemia or Francisella Tularensis suffer from fever, skin cancer, vomiting, ulcer, and diarrhea. A former scientist, Kenneth Alibek in the Soviet Union’s bio-weapons programme revealed the use of this biological weapon by the red army against German troops during World War II. It occurs in nearly 50 organisms and is majorly found in hares and rabbits. People, coming in contact with the infected animals or consuming the contaminated foods, suffer from Tularemia.

Its symptoms may include a headache, joint pain, weakness, fever or muscle aches. The illness lasts for 1-2 weeks, but during that time a person suffering from the disease is bedridden. Tularemia can be treated with vaccine or antibiotics. But it spreads quickly between animals and human. This bacterium was studied by Japanese Bioweapon research units and some of the military powers for military purposes. 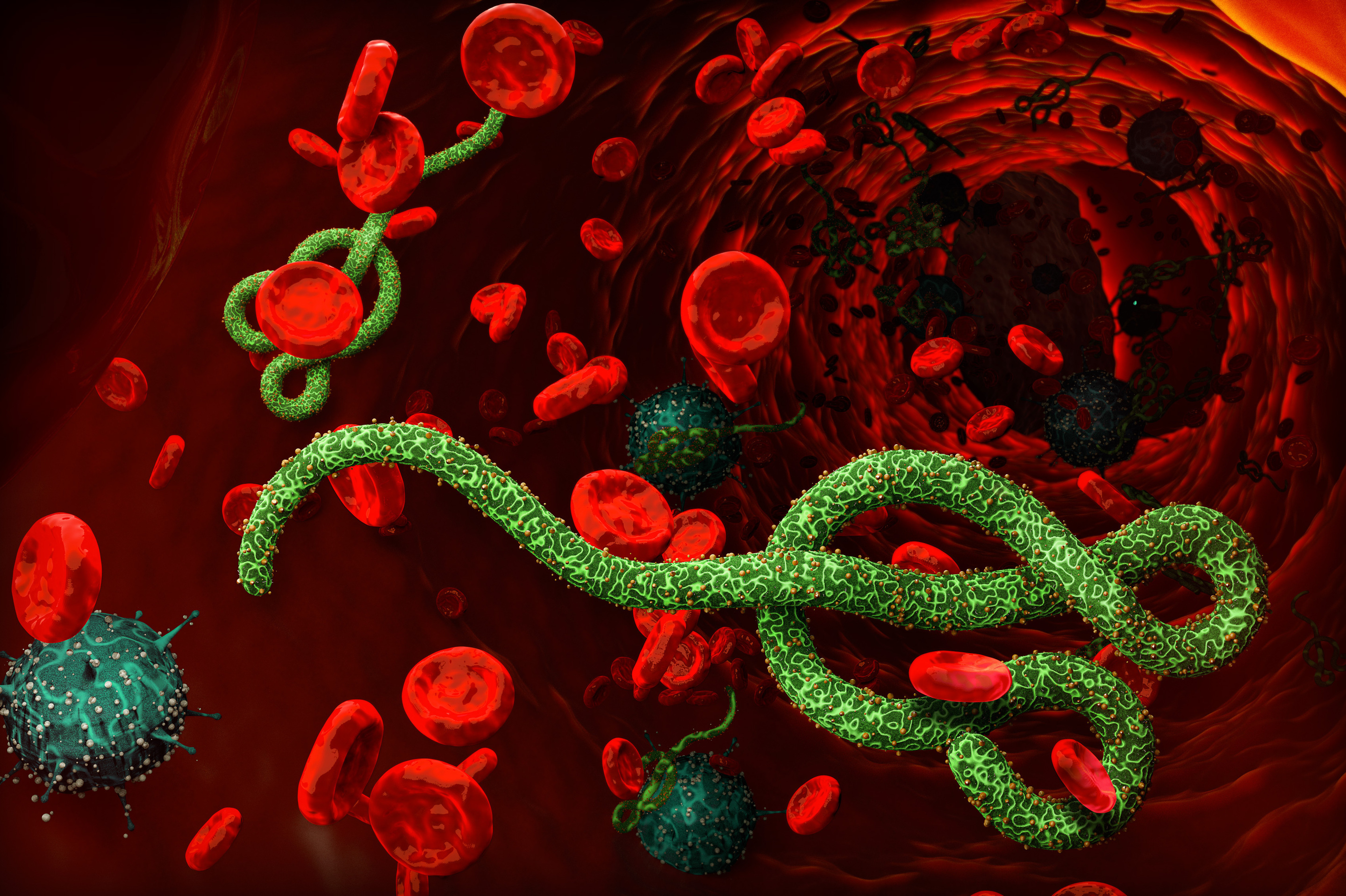 Another well-documented bioweapon that exists is the Ebola virus. It gained attention in 1970 when it spread through Sudan and killed over thousands of people. It was first produced as a biological weapon by the Soviet Union under a 5-year plan that implemented between 1986-1990.

The virus infects through direct contact with blood. Signs of the disease may include a sore throat, weakness, headache, and vomiting. 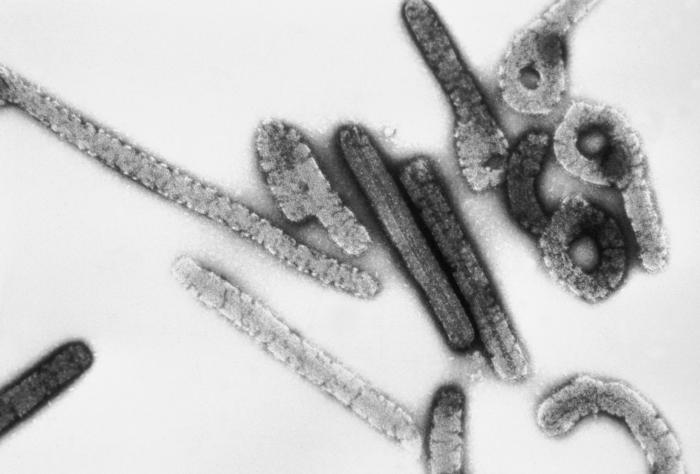 It is a member of the species Marburg marburgvirus that causes (MARV) Marburg virus disease in mammalian animal and humans. This virus is extremely dangerous and can easily be transmitted by exposure to their fruit bats or between people via body fluids through broken skin. The treatment of the virus is not possible, but early symptoms can increase survival chances.

It was first noticed during outbreaks in the cities Frankford and Belgrade in the 1960s when the workers were exposed to tissues of African green monkeys at the city’s main industrial plant. During this, over 30 people became infected, and nearly 7 of them died. 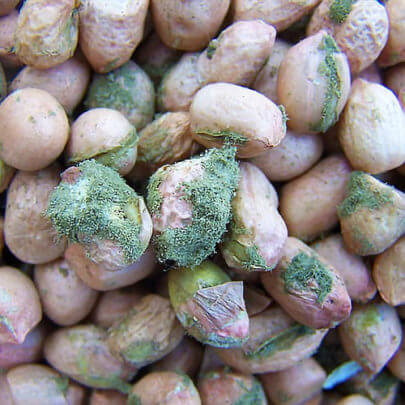 Aflatoxins are mycotoxins produced by Aspergillus (fungi found in areas with humid climates). These are considered carcinogenic, so exposure to food should be prevented as much as possible. Aflatoxin B1 is amongst the most carcinogenic aflatoxins. It was in 1995 when the UNSCOM determined Iraq’s production and deployment of various military weapons using Aflatoxin which eventually had been destroyed.

It has low toxicity and thus required in large quantities to throw a harmful impact.  Exposure to aflatoxins can increase the risk of liver cancer. People can come in contact with Aflatoxins by consuming meat or contaminated plant products such as peanuts. Children are majorly affected by aflatoxin which is linked with their stunted growth and liver damage. 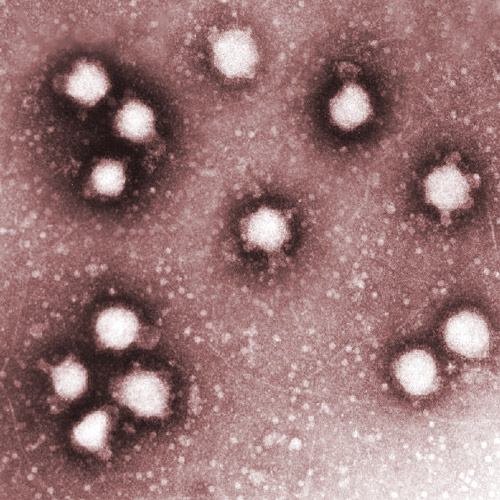 The family of Bunyaviridae includes three viruses – Phlebovirus, Hantavirus, and Nairovirus. Korean hemorrhagic fever, spread by Hantavirus, broke out during the war infected over 3000 Korean soldiers, but evidence of its usage as a bio-warfare was not found.

Bunyavirus measures in 90-100 nm in diameter and contains three segments of single-stranded RNA combined with nucleoprotein. Bunyaviridae is transmitted by flies, mosquitoes, and ticks. Symptoms of the infection may include fever, pain in limbs, headache and severe bleeding.

The Use of Biological Weapons in History

The use of biological weapons dates back to the ancient world. It was during 1550 BC when the ancient people of Asia Minor recognized the power of contagious diseases and sent people suffering from plague to enemy lands.

Since then, the advancement in medical science has improved the understanding of pathogens and the way how our body deals with them. In the early 20th century, the biological weapon anthrax was used by both Japan and Germany to attack enemies.

It was in 1347 when Mongol forces are reported to have sent plague-infested bodies into the Black Sea port of Caffa. Some believe that ships returning from surrounding cities returned to Italy with the plague that spread through Europe and killed over 25 million people.

In 1710, the Russian armies fighting with Swedish forces also catapulted plague-infested corpses over the city’s walls. Later in 1763, British troops used Anthracis at Fort Pitt during Pontiac's Rebellion and passed blankets infected with the virus to Indians.

How Were Biological Weapons Used in the World Wars? 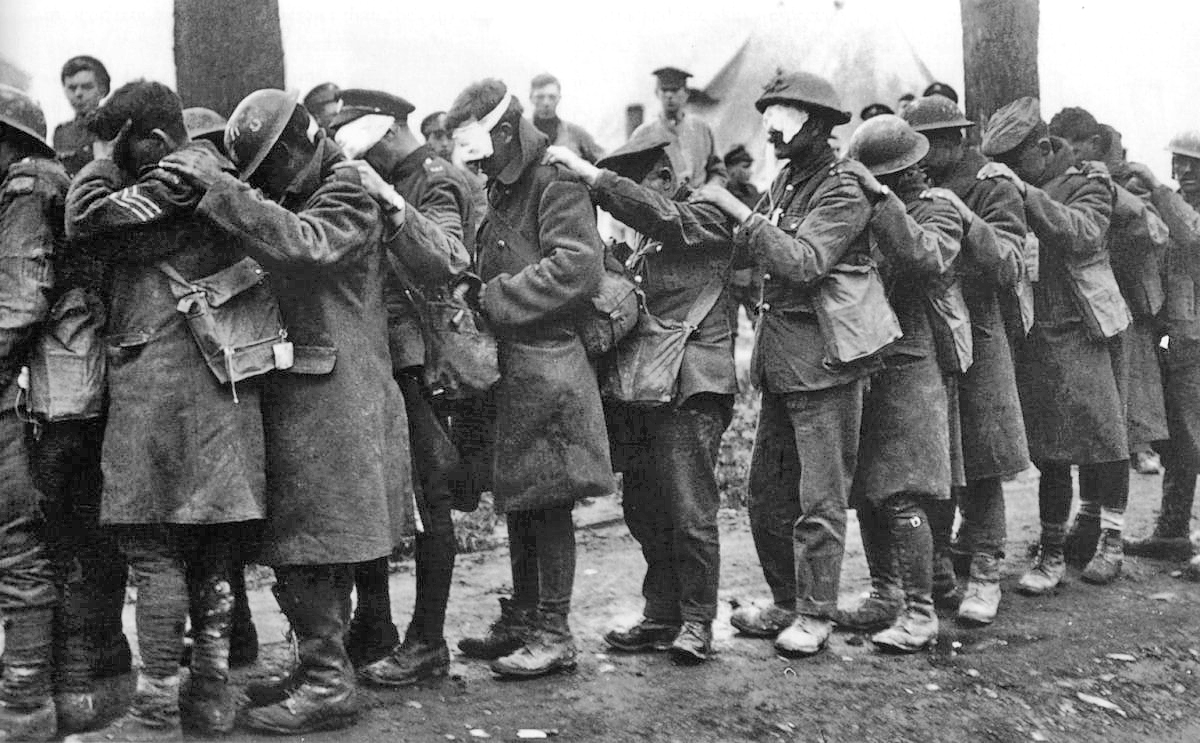 During World War I, Germany initiated the use of biological weapons by infecting horses and cattle owned by armies on both Eastern and Western fronts. They infiltrated the United States and infected several animals before their shipment across the Atlantic in support of their forces. (14.1)

According to research, there is no proof on the use of biological weapons in WWII. Both countries had R&D programs. Several countries like Germany and the United Kingdom also had research and development programs, but only Japan has used the weapons in the war.

Countries Suspected to Have Biological Weapons

Today the use of these deadliest weapons is outlawed under 1972’s Biological Weapons Convention (BWC) and the Geneva Protocol. Even though many countries have stopped using biological warfare, the threat remains.

Information on the use of biological and chemical weapons has been widely spread on the Internet. The manufacturing process and other basic information about its harmful effects and usage are also known by many researchers from around the world.

Sadly, this harmful biowarfare is still used by the terrorist as their deadliest weapons to kill innocent people. Not many vaccinations are available for some bioweapons, the only way to prevent these diseases is to avoid exposure.

So what are your thoughts on these deadliest bioweapons available? Drop your comments below.

Burnt Toast Causes Cancer - The Science Behind Acrylamide and Cancer