A nuclear weapon or nuclear bomb is an explosive that derives its force from nuclear reactions, either fission or a combination of fission.

Those were the only two powerful bombs that made a strong impact during wartime. Still, several reasons exist to worry about the potential atomic conflicts. Nuclear weapons make a blast but also emit radiation and damage the environment. Nuclear Weapons have been deployed by the United States on Hiroshima and Nagasaki during World War II.

Nuclear Weapons are designed to release energy as a combination of two processes.  While Fission weapons are called atomic bombs, fusion bombs are referred to as thermonuclear bombs. Some nuclear weapons are made for special purposes. A neutron bomb is a weapon that yields a small explosion and a large amount of neutron radiation.

The variation in the design of nuclear weapons aims to achieve different yields for different situations. The maintenance, design, and delivery of systems are the expensive parts of a nuclear weapons program. For instance, nearly 55% of financial resources have been spent by the United States on nuclear weapons since 1940.

Let us read some more about Nuclear Weapons and the facts associated with them. 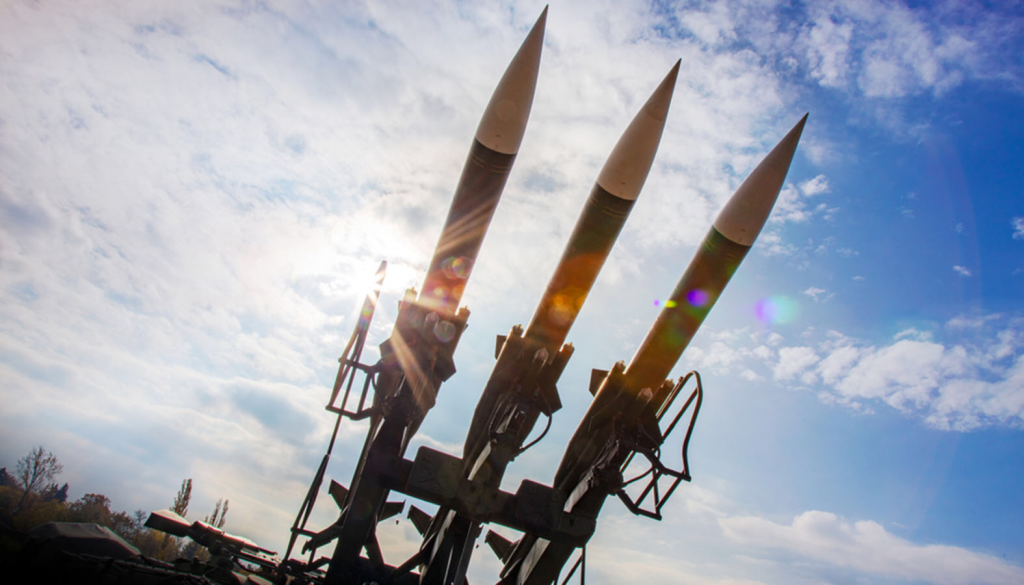 An atomic explosion is a chain reaction in which atoms are divided. The explosion releases amounts of energy and particles that strike with atoms and causes a growing chain reaction. The most powerful fission is achieved by using enriched plutonium and uranium atoms, which are radioactive.

The Testing of Nuclear Weapons 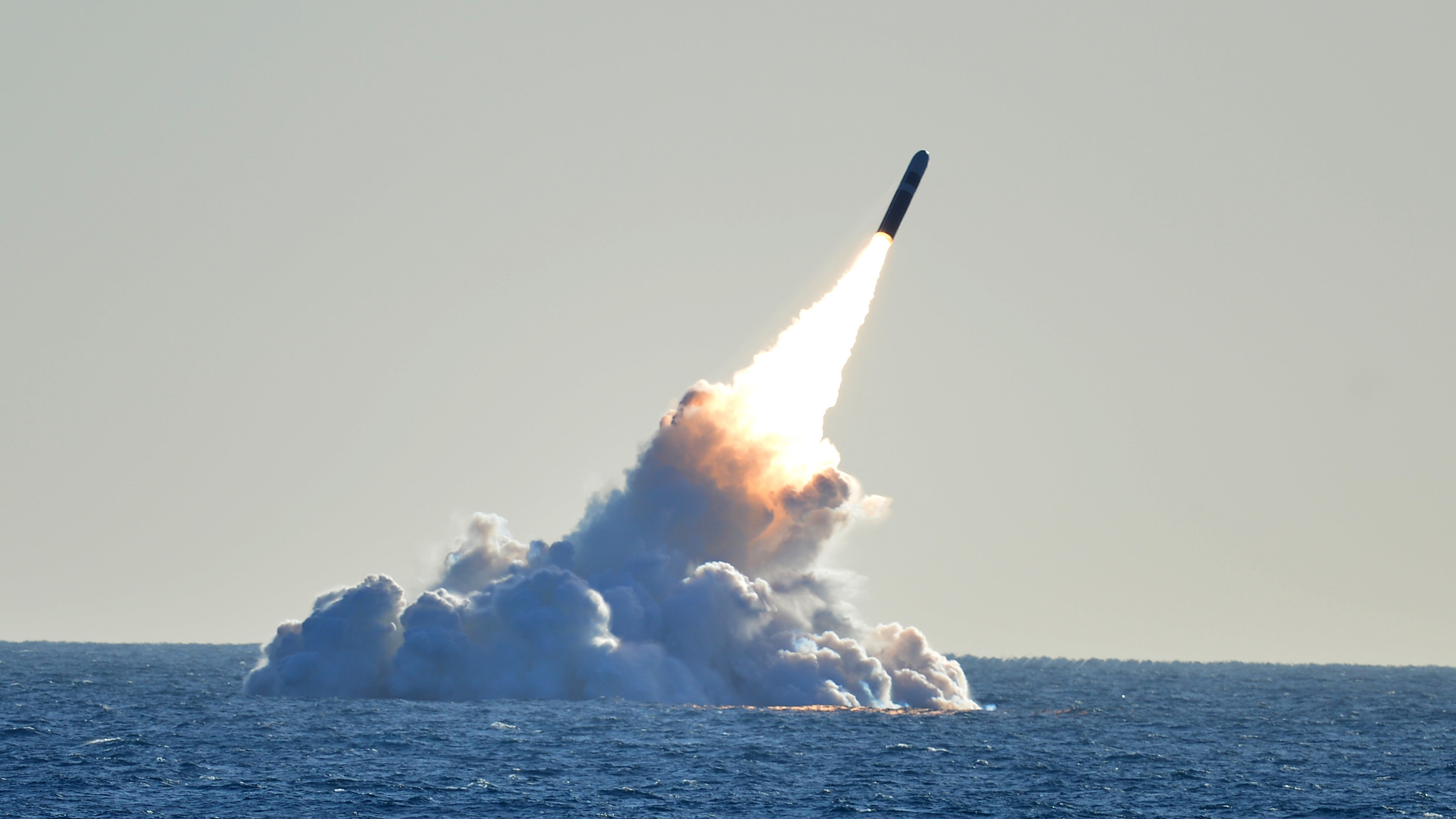 Do you know there have been over 2000 nuclear test explosions experienced underwater and underground? The bombs had a combined explosive equivalent of 40,000 Hiroshima bombs and resulted in 50 times more radioactive contamination in comparison to the 1986 Chernobyl nuclear accident. Exposure to the radioactivity produced by tests caused the death of over 1.5 million people. The largest nuclear weapon tested was the Soviet Union’s Tsar Bomba in 1961.

It was developed in the USSR by several nuclear physicists under the leadership of I.V. Kurchatov. The bomb was dropped from a Tu-95V aircraft and detonated 13,000 ft above the Sukhoy Nos. The bomb was listed in the Guinness Book of Records as the most powerful thermonuclear device that has passed the test. 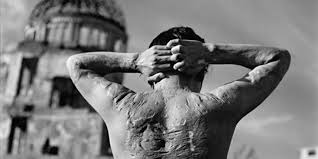 Scientists estimate that the nuclear attack on Hiroshima and Nagasaki cost the lives of tens of millions of people. People who survived the explosion suffered different medical effects. In the initial stage, in the first few weeks, the majority of deaths happened due to thermal injury and super-thermal radiation exposure. In the intermediate week, i.e., from 10-12 weeks, the death during this time happened from ionizing radiation.

Nuclear detonations release amounts of gamma and neutron radiation. In comparison to other effects, initial radiation is the important cause of casualties for low-yield explosions. Furthermore, when a nuclear detonation occurs close to the ground, soil mixes with highly radioactive fission products from the weapon. The debris is carried by the wind and then falls on the earth for minutes or hours. In the 21st century, over $40 billion a year of the annual US military budget is spent on nuclear weapons. This cost is similar to the services provided like healthcare, clean water, and food for the world’s population.

The secret Manhattan project, through which the US developed the nuclear weapons in 1945, cost $20 billion. The US spent nearly $5.8 trillion on nuclear weapons between the 1940s to 1996. 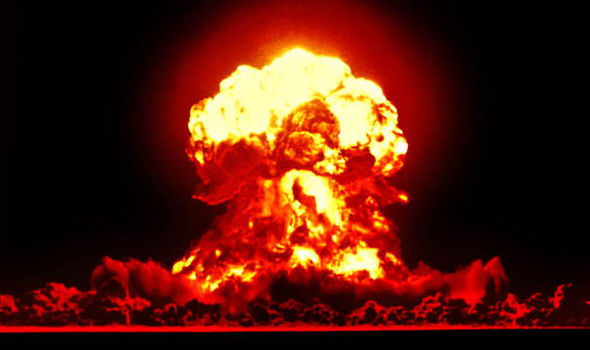 3. Besides explosive yield, the danger of nuclear weapons comes from radioactive fallout. The material attaches to dirt and other debris during the explosion and settles on a broad area. The radiation hazard could pose a danger for years even after the attack.

4. The Treaty on the Non-Proliferation of Nuclear Weapons of 1970 describes five states as nuclear weapons states. They are Russia, China, The United Kingdom, The United States of America, and France.

5. The shortest range of a US nuclear shell called Davy Crockett is a smaller nuclear head warhead with a weight of 51 pounds, which was fired by a gun mounted on a jeep. 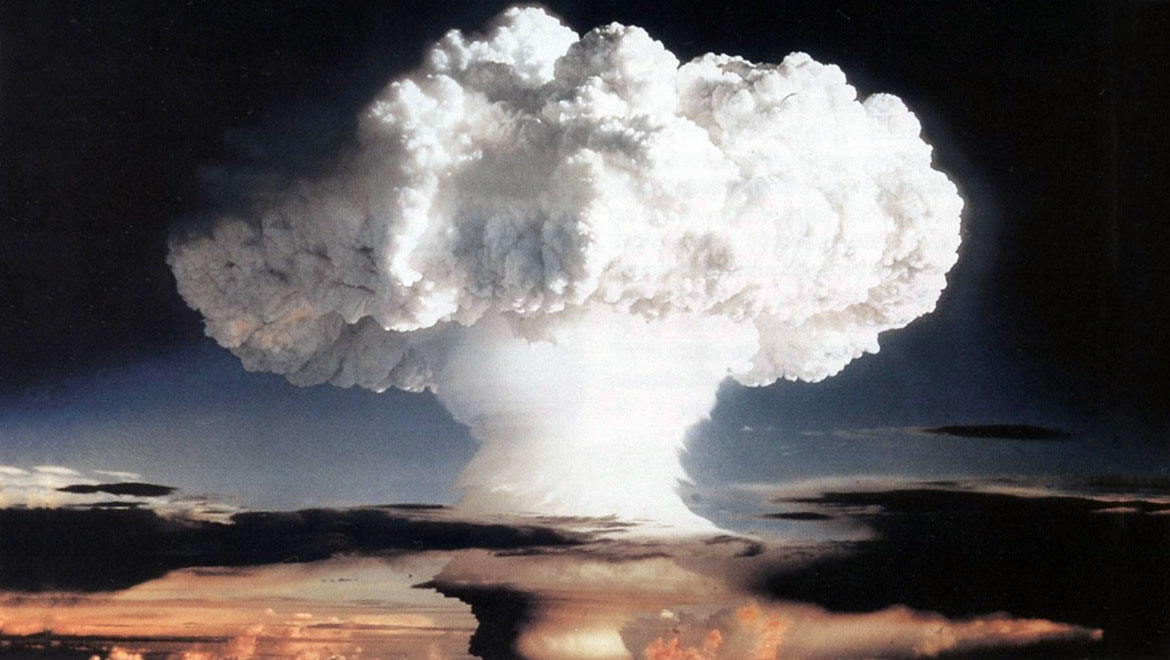 7. The total number of nuclear bombers in the US built from 1945 to the present is 4680. The number and types of nuclear warheads and bombs built are over 70,000.

8. The two bombs dropped on Japan were code-named Fat Man and Little Boy. Fat Man was detonated over Nagasaki by the United States on 9th August 1945. It was the one out of two nuclear weapons ever used in warfare. The other one, named Little Boy, marked the third explosion in history.

9. Tsutomu Yamaguchi was the only man who survived both nuclear weapons attacks on Hiroshima and Nagasaki. He was a Japanese engineer and the only person to be officially recognized by the Japanese government as the survivor of both explosions.

He was a resident of Nagasaki and was in Hiroshima for his business when the city was bombed at 8:15 a.m. He returned home the same day, even after wounds, and returned to work the next day. He died of stomach cancer in 2010 at the age of 93.

He lost hearing in his left ear after the Hiroshima explosion. He went bald temporarily and also suffered radiation-related ailments, including acute leukemia.

10. The Japanese White Pine, or a bonsai tree planted in 1626, survived the blast at Hiroshima is now kept in a museum in the United States. The tree belonged to a family that lived within two miles of where American forces dropped the atomic bomb. They cared for the tree for five generations before giving it to the United States in 1975.

For 25 years, the tree sat near the entrance of the National Bonsai and Penjing Museum at the National Arboretum in Washington D.C. The Arboretum was not aware of the Hiroshima connection until 2001, when grandchildren of bonsai master Masaru Yamaki visited the museum, looking for their grandfather’s tree. Today, the tree sat a few feet tall with stubby green, yellowed noodles and a thick trunk.

Indeed, nuclear weapons have played an important role in securing the country in the 20th century. They are the component of defense strategy that includes conventional forces and diplomacy.

Do you know other facts or interesting things about Nuclear weapons? If so, then share them below.