Crop circles are the intriguing and delightful patterns that appear on the grain lands around the world. The elaborate swirling... 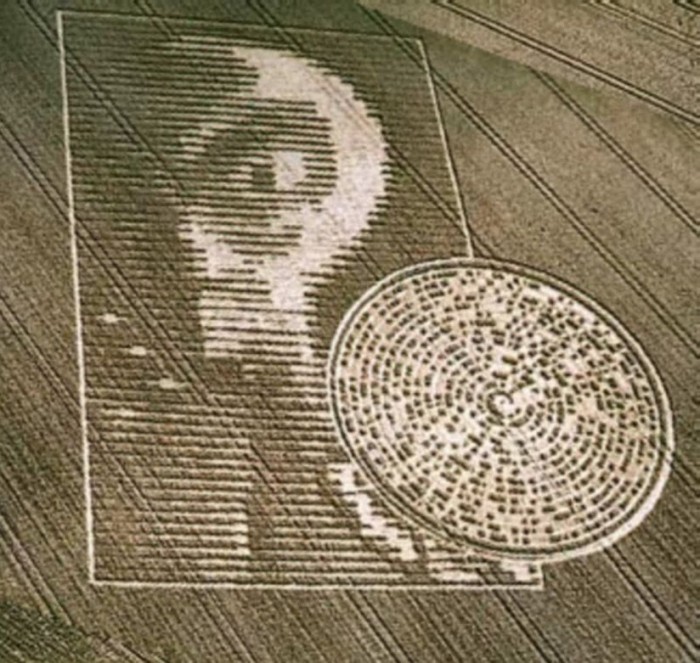 Crop circles are the intriguing and delightful patterns that appear on the grain lands around the world. The elaborate swirling patterns of crop circles or crop formations are created by flattening a crop (mostly a cereal crop). Aliens and UFO sightings have been found to have an uncanny connection with these crop circles.

The crop formations mostly appear overnight, however, some of them were reported to have appeared in the daytime. Read here about the theory, folklore, and the most famous crop circles ever seen. 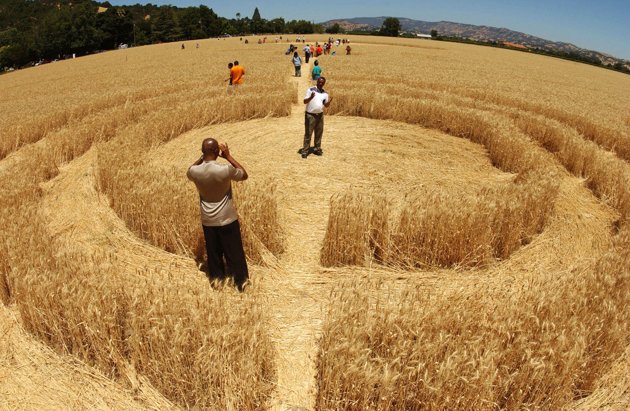 1991- Two notorious hoaxers called Dave Bower and Dave Chorley who were farmers claimed to have created many circles all over England. However, after examining circles created by them,  a circle investigator said that it was impossible to make such circles with the help of human hands.

The Mystery about Crop Circles’ Existence 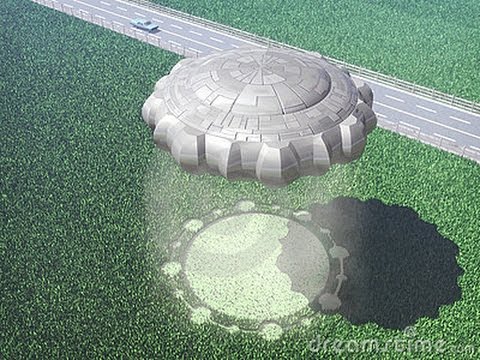 The strange phenomena of crop circles appearing mysteriously overnight in the farmers' fields have been piquing the curiosity of both inhabitants and the media. Some people have even confessed about fastening planks of wood to their feet to create such weird patterns.

Fringe theorists suggested that crop circles have a link with “ancient ley lines” and alien space ships. However, there is no scientific evidence or proof for such explanations.

Crop circle researchers say that they are not artificially created and that the modern crop circles have a connection with old folktales.

It is assumed that crop circles are culture-dependent. They mostly appear in developed Western countries where citizens are open to New Age beliefs, but they just don't appear in other areas such as Muslim countries.

Fungi may cause crops to die in a circular pattern, “fairy rings” tales have probably originated from this. 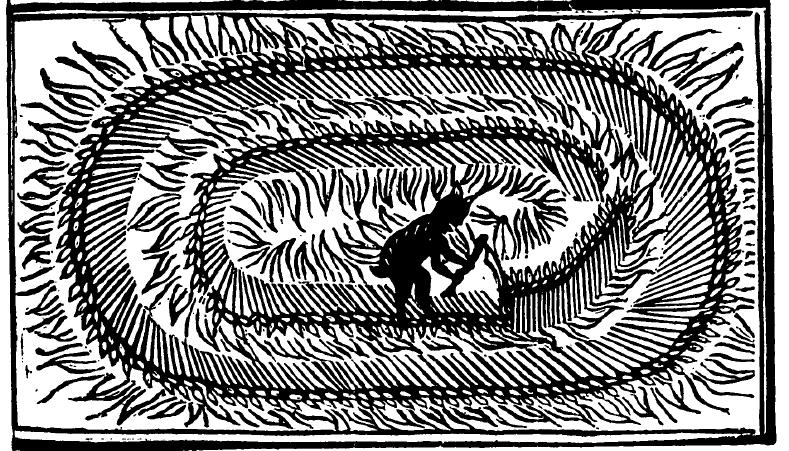 Mowing Devil, a 17th-century English woodcut pamphlet features a devil-like creature cutting oats field in a circular pattern. It contains an image that talks about a farmer who is horrified at the pay his mower demanded his work, insisting he would instead perform the task and be "the devil himself." A crop circle researcher ‘Jim Schnabel’ didn’t consider this to be a historical precedent for crop circles since the stalks were not bent but cut down. The circular form indicated to the farmer that it had been caused by the devil.

In a 1948 German story entitled ‘Die zwölf Schwäne’ (The Twelve Swans), a farmer found a circular ring of flattened grain on his field every morning. After many attempts, his son saw twelve princesses who disguised as swans (and danced in the fields after removing their disguise). Circular crop patterns or rings created by fungi may have inspired such tales as according to folklore holds, these rings have been created by dancing wolves or fairies. 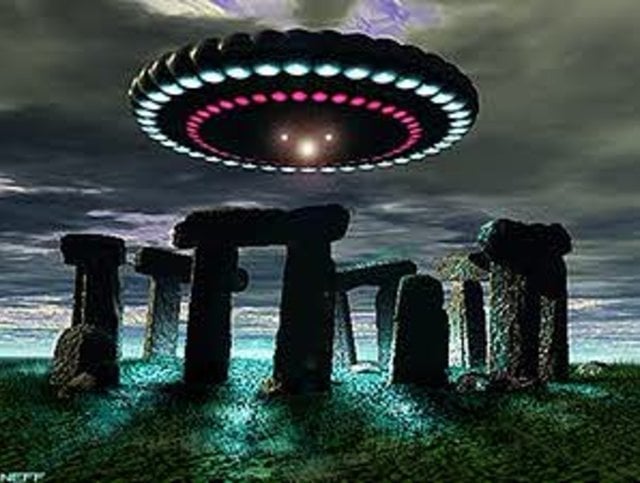 Doug Ruby, a former Air Force & commercial pilot took a simple approach in his investigation of crop circles and assumed them to be schematics. He created a blueprint like that of a building considering a circle to be a flat 2D schematic of a 3D item. He began with designing part of the least complex crop circles and then went on to build them.

After building the first items, he realized that they didn’t look like crop circles but like a partially constructed children’s toy. He then thought of bringing the item in motion, adding a whole new dimension. If it weren’t spun, the energy field (a portion that looked like a ball stuck on a pole) wouldn’t have become visible.

Ruby also found out that each crop circle is built on others. He started off with pictures of major crop circles created so far that gave him a complete set of blueprints he began with, letting him actually "see ahead" as he constructed every model.

And when all the blueprints are put together to form the scale models, the crop circles tell us about how flying saucers are built, their working, and why they are shaped like saucers. Crop circles are the brilliant representation of a technical puzzle.

He got his theories and models confirmed by experienced nuclear physicists and engineers.

On assembling the models of spacecraft from the crop circle schematics, Ruby found that they looked exactly like a commonly known flying saucer called ‘Adamski beam ships’. Ruby's explanation about the working of ships confirmed the people’s claims regarding the rotating rings on the saucers and also the interference with electrical devices.

However, there’s one problem. The crop circles have an atomic particle that does not have any charge which is a key particle for powering the ship. According to scientists, it’s impossible. But we now know that nothing is really impossible!

And Here are Some of the 'Most Famous Crop Circles' 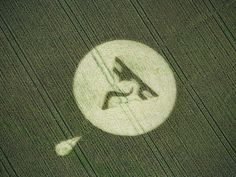 A 915-feet crop circle having 151 circles was seen in full view on the busy A303 road, opposite England's ancient stone structure Stonehenge, Wiltshire. It took 45 minutes on a Sunday afternoon in  July 1996. A pilot, gamekeeper and security guard had confirmed its existence and said that it wasn’t there before 5.30 PM but was spotted by passing tourists after 6 PM. It was a huge design; much smaller man-made designs before took hours to complete. 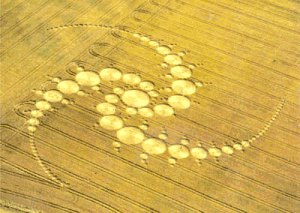 The crop formation that appeared in 1996 at Windmill Hill, Wiltshire, is an endless array of large and small equilateral triangles. They could be drawn by overlapping geometrical shapes over a triple-armed spiral of 194 circles that would cover an area of 600 feet diameter.

Many global newspapers and TV channels reported the appearance of the first of the large pictograms in Alton Barnes in 1990. It is the most publicized crop formation. 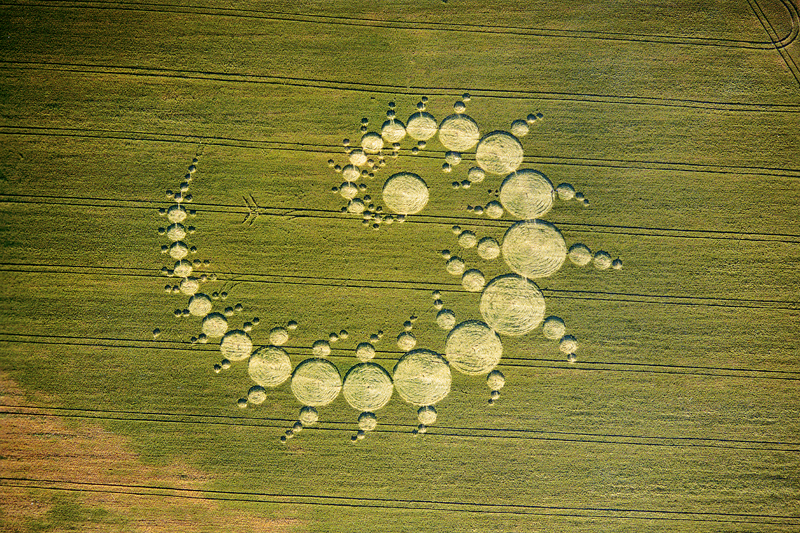 In 1996, 10,000 people are estimated to have visited this crop circle in Stonehenge after it was opened to the public by the farmer. 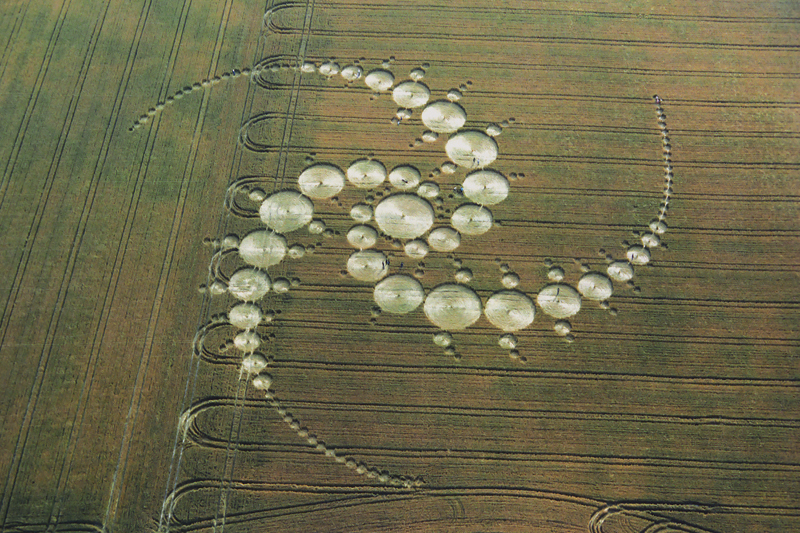 A 915-feet crop circle having 151 circles was seen in full view on the busy A303 road, opposite England' ancient stone structure Stonehenge, Wiltshire. It took 45 minutes on a Sunday afternoon in  July 1996. A pilot, gamekeeper and security guard had confirmed its existence and said that it wasn’t there before 5.30 PM but was spotted by passing tourists after 6 PM. It was a huge design; much smaller man-made designs before took hours to complete. 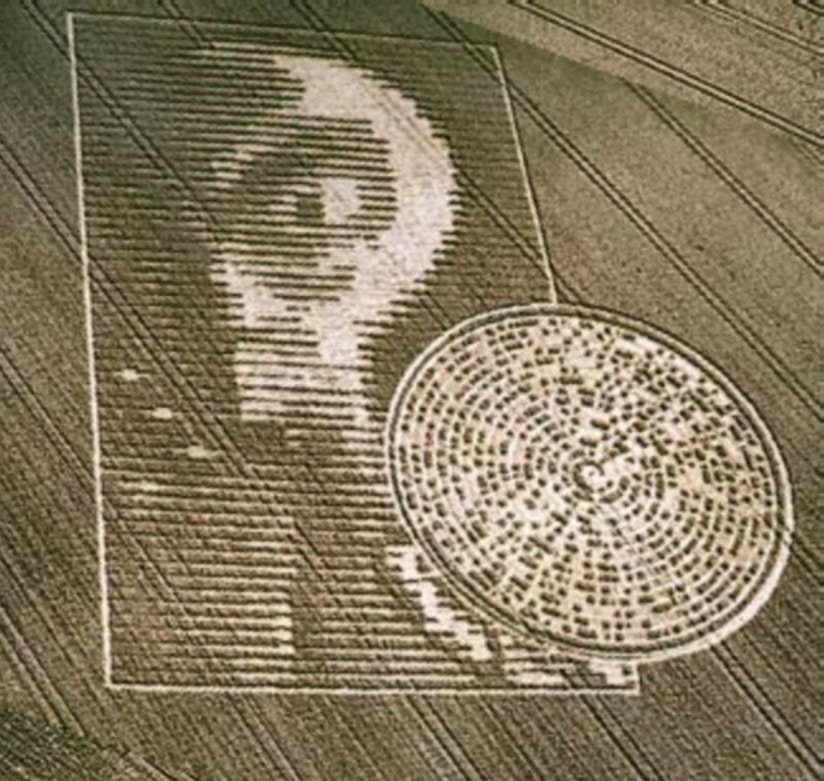 A crop formation that appeared in Chilbolton, the UK in 2002 had an alien face along with a coded message. After spending much time decoding the message, a statement was revealed that said,

“Beware the bearers of FALSE gifts and their BROKEN promises. Much PAIN but still time. (Damaged word). There is GOOD out there. We OPPOSE DECEPTION. Conduit CLOSING. (Bell sound).”

7. Largest design with most circles in a single crop formation 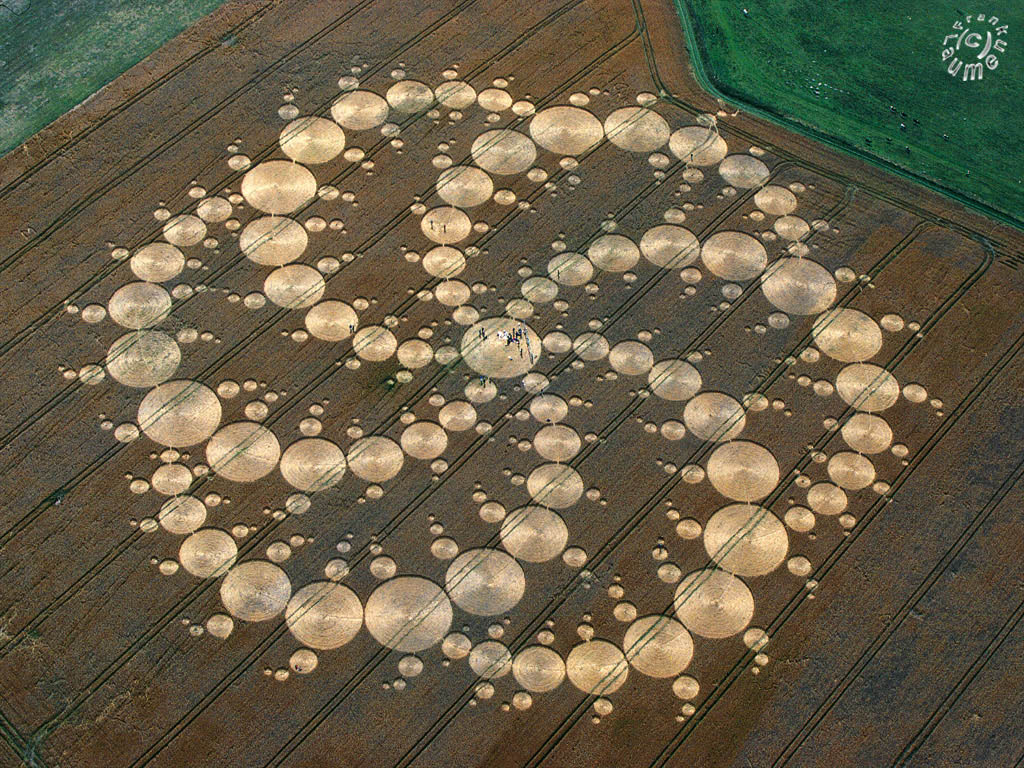 On August 12th 2001 in Milk Hill, Wiltshire, a huge motif with 409 small circles had an amazing 6-armed design with nearly 800-ft. diameter.

8. The largest stretch of the laid crop in a single design 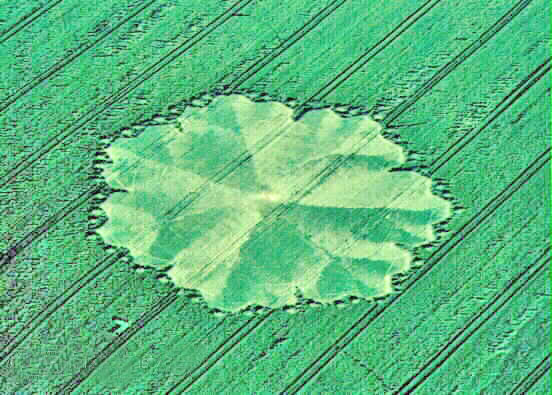 In 1998, a 7-petalled mandala appeared at Alton Barnes, Wiltshire. It comprised of an unbroken flattened area across 6000 sq m.

Zombies Would Wipe Out Human Race In Only 100 Days