Zombies Would Wipe Out Human Race In Only 100 Days

Have you ever wondered how long can the humankind survive when a zombie apocalypse hits us? Research has already been done and i... 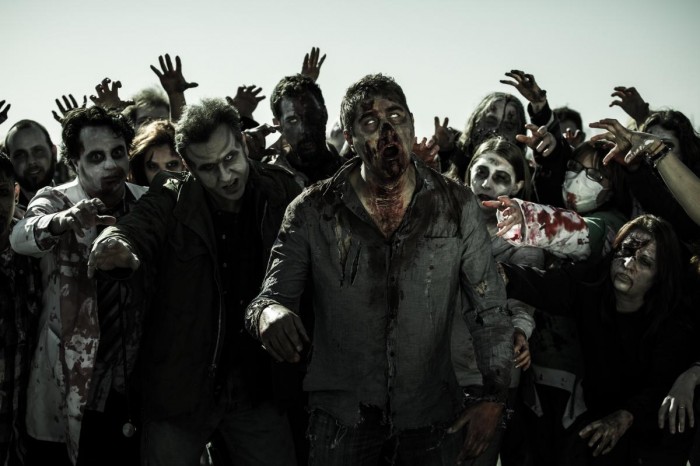 Have you ever wondered how long can the humankind survive when a zombie apocalypse hits us? Research has already been done and it won’t take long.

University of Leicester published a paper in its Journal of Physics Special Topics where they stated that zombie hoarders would take down the Earth’s population to 273 survivors in 100 days. The paper was a fanciful use of the SIR model. This model is used in epidemiology to simulate how diseases are spread over time.

This is not the first time when studies have been conducted on zombies in relation to public health. A British medical journal The Lancet published a paper titled "Zombie infections: epidemiology, treatment, and prevention" in December 2015. Several viral blog posts from Center for Disease Control and Prevention also urged for the real life preparedness for the future zombie apocalypse.

In the latest analysis, the undergraduates of University carried out the study on the assumption that there would be 90% chances of each zombie infecting one human per day. This rate is double the rate of zombie virus as to that of the Black Death. Researchers also estimated that zombies can live for 20 days without brains.

If the world’s population is estimated to be 7.5 billion people, the calculations suggested that a single zombie could start an epidemic in 20 days. The human population would remain only 181 at the 100th day of the epidemic and 190 million zombies would be roaming around, if no geographic isolation was considered.

Now, taking the geographical isolation under consideration, the situation will be although worse but a little better. Zombie virus would spread more and more in contagious regions. They have a limit to their travel abilities (unless 100,000 of them roam around, they do not leave the region). In this case, 273 survivors would be left by the 100th day.

But they have not thought about the other way round. The possibilities of humans killing zombies and their results have not been taken into consideration.

"We have also not included the possibility for the humans to kill the zombies," they said.

In a follow-up paper, they have included this possibility as well. For making it more challenging, they have increased the zombie life span to a year and given each human a 10% chance of killing a zombie every day. They also assumed that a reproductive woman would give birth to a baby once in every three years.