7 Quick Facts About the Tornado Alley of the United States

The devastating natural disaster tornado is much prevalent in almost every state of the US. And ‘Tornado Alley’ is the colloquial term for frequent tornadoes in southern central plains of the States. 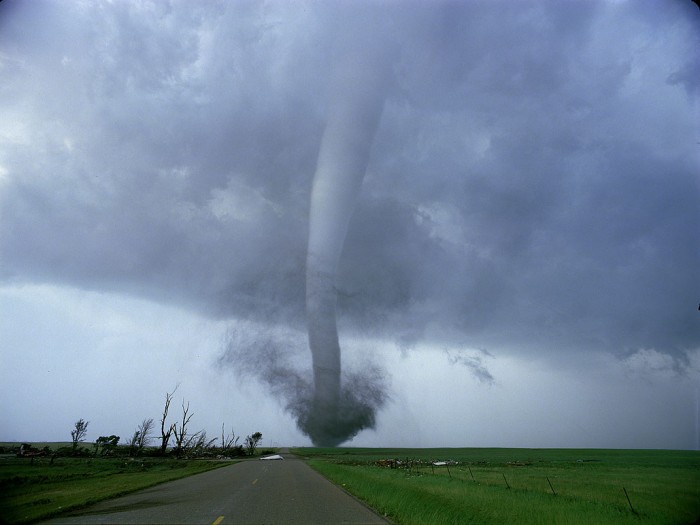 Neither the name of a bowling alley nor some famous tornado, tornado alley is the unofficial name of a region in the US where tornadoes occur most frequently. A term used by media most of the time, tornado alley is a south-central part with a high frequency of tornadoes.

Even though the official borders of Tornado Alley are not clearly evident and vary by different criteria, its core spans from northern Texas, Kansas, Oklahoma to Nebraska. Few studies indicate that tornados are eventually becoming more regular in northern regions of Tornado Alley where it touches the Canadian Prairies. So to say, it is the region from central Texas to the Canadian prairies and from eastern Colorado to western Pennsylvania.

Tornados are the dreary natural disasters that are prevalent in every single US state. So let’s look at some of the interesting facts about the south-central US alley of tornados called ‘Tornado Alley.'

1. The Term “Tornado Alley” Was First Used as the Title of a Research Project in 1952

In 1952, tornado alley was used for the first time by USAF (U.S. Air Force) meteorologists Captain Robert Miller and Major Ernest J. Fawbush. It was the title of their research project that was based on severe weather conditions in the areas of Iowa, Texas, Nebraska, Oklahoma, Colorado, and several other US states.

2. Near About 500 Tornados Occur in Tornado Alley Every Year 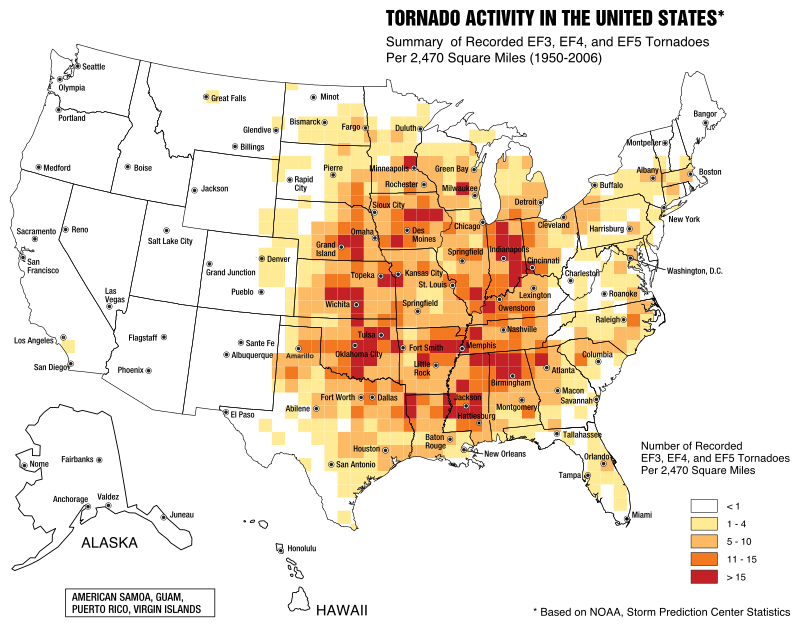 According to study.com, nearly 500 tornados happen in the Tornado Alley on an annual basis. 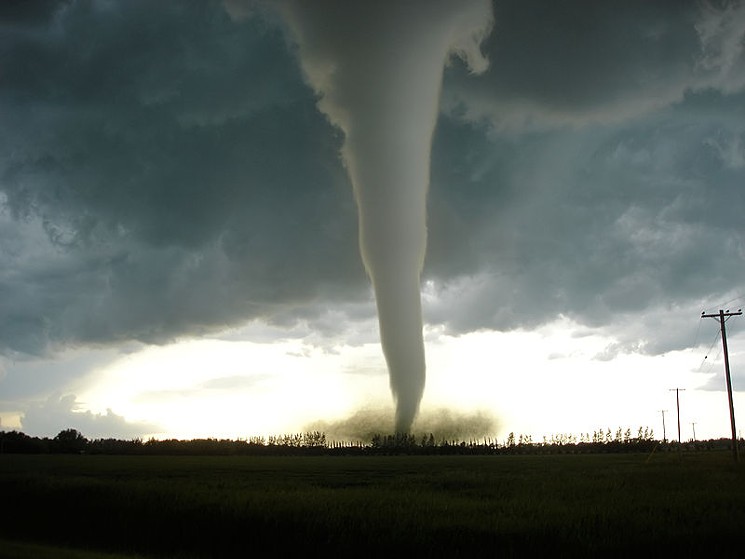 Florida is the US state with the highest tornadoes every year per unit area. But surprisingly, it does not fall in the Tornado Alley region.

4. It is Especially Suited for Producing Supercell Thunderstorms 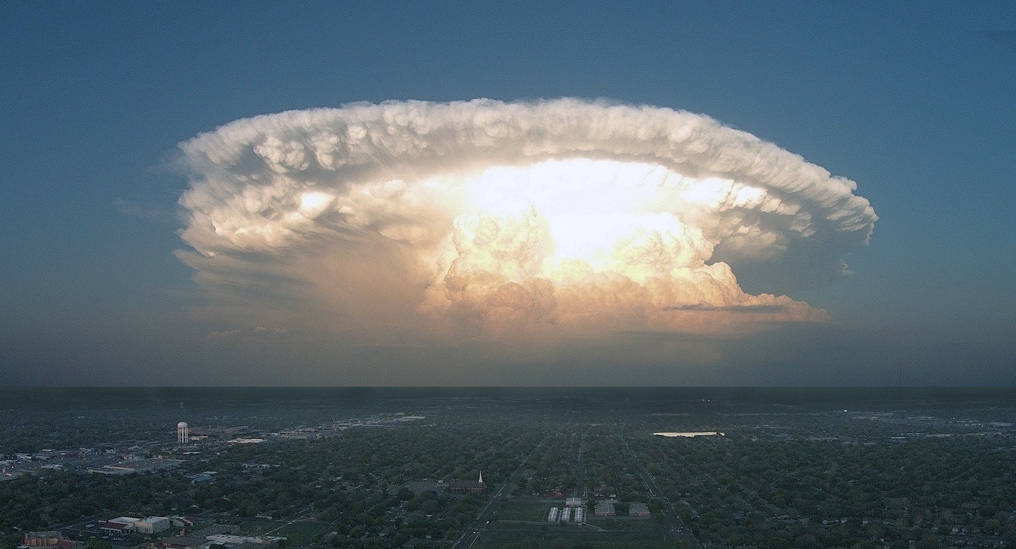 Tornado alley is such an area that is highly suited for the production of supercell thunderstorms. And these can typically produce EF-2/F2 or even much greater tornadoes. 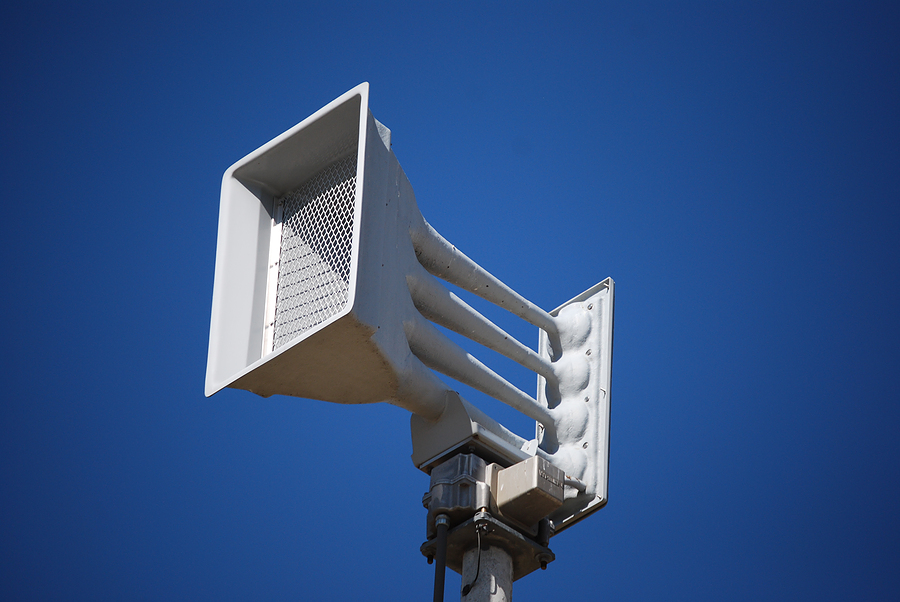 The regions falling under the tornado alley have far stricter building codes so that property damage and loss of human life can be prevented to a larger extent.

Apart from that, the establishment of storm cellars and the installation of tornado sirens are the preventive measures taken. Tornado awareness, preparedness, and media weather coverage also have a significant presence. 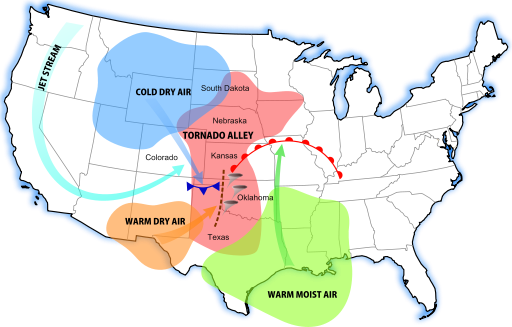 The best way to describe the Tornado alley region is by saying that it’s the region where warm moist air, cold dry air, and warm dry airstrike. All of this makes it fitting for producing tornados and thunderstorms.

7. “Dixie Valley” is the Tornado Alley of the Gulf Coast 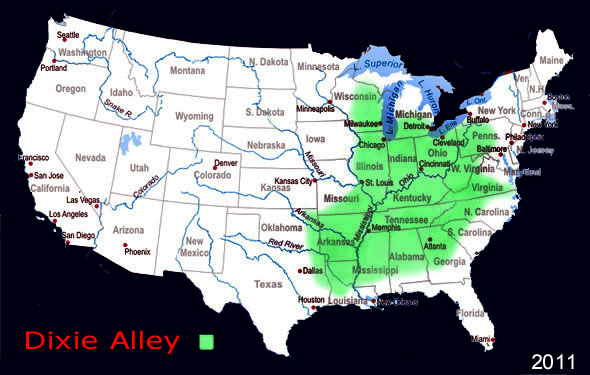 The southeastern US, most prominently in the lower Mississippi valley and the upper Tennessee Valley,  is colloquially called the Dixie alley. The tornados happen in this area during the late fall. Coined in 1971 by former director of NSSFC Allen Pearson, Dixie alley is referred to as the tornado valley of the gulf coast area.

9 Biggest Space Explosions In The Universe