9 Biggest Space Explosions In The Universe

The space explosions are so bright that they remain shiny in the vast stretched space and time in the universe. The secret about these explosions is here revealed out. 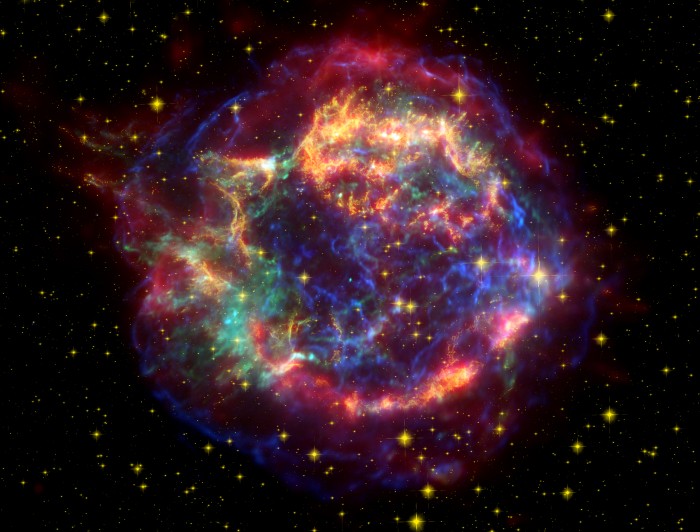 These kind of the burst are the one which is the brightest in the whole galaxies.Astronomers believe that the most powerful explosion was the BIg Bang theory. The universe is the composition of an even small burst of light which fades away rapidly. A scientist can measure how far the event has occurred in the universe by the measuring the radiations stretched in space and the time it requires to reach the Earth. The scientist from all over the world has unveiled these explosions to the world.

Let’s have a look at 9 biggest space explosions ever recorded or discovered by the scientist. They are following:

The Universe is said to expand daily thus it can be said that the Big Bang theory is happening till date make it one of the world’s biggest and oldest explosions in the history. 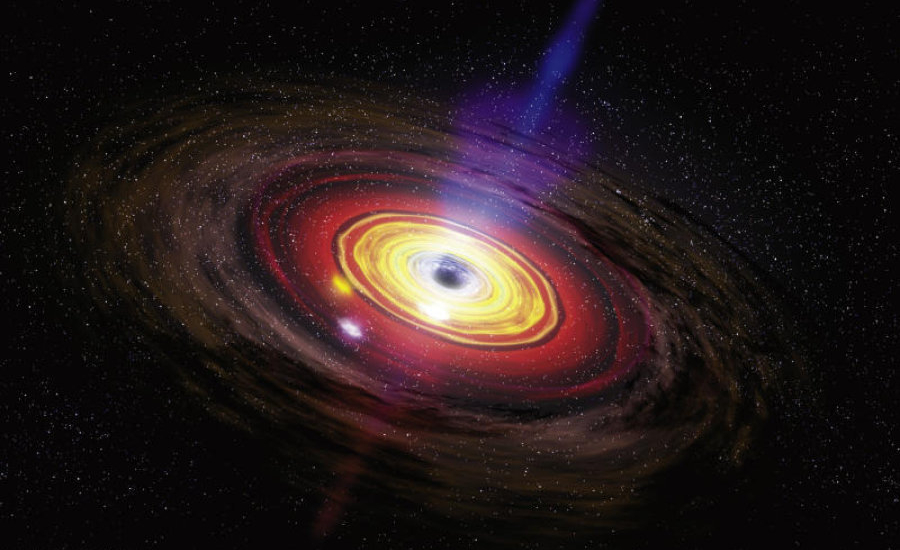 Another big event was recorded by the scientist 2.6 million light years away from the Earth. The explosion was so big that it can be emulated with the Big Bang theory.

The galaxy present at the Camelopardalis experienced a super explosion by the black hole who torn the constellation and even swallowed the mass of more than 300 million suns and then it belched it out. The explosion created shooting hot gas at supersonic speed and creating the cloud which lasted for 1000 million years.

This explosion might be expanding another Universe with its own rules for the reality. 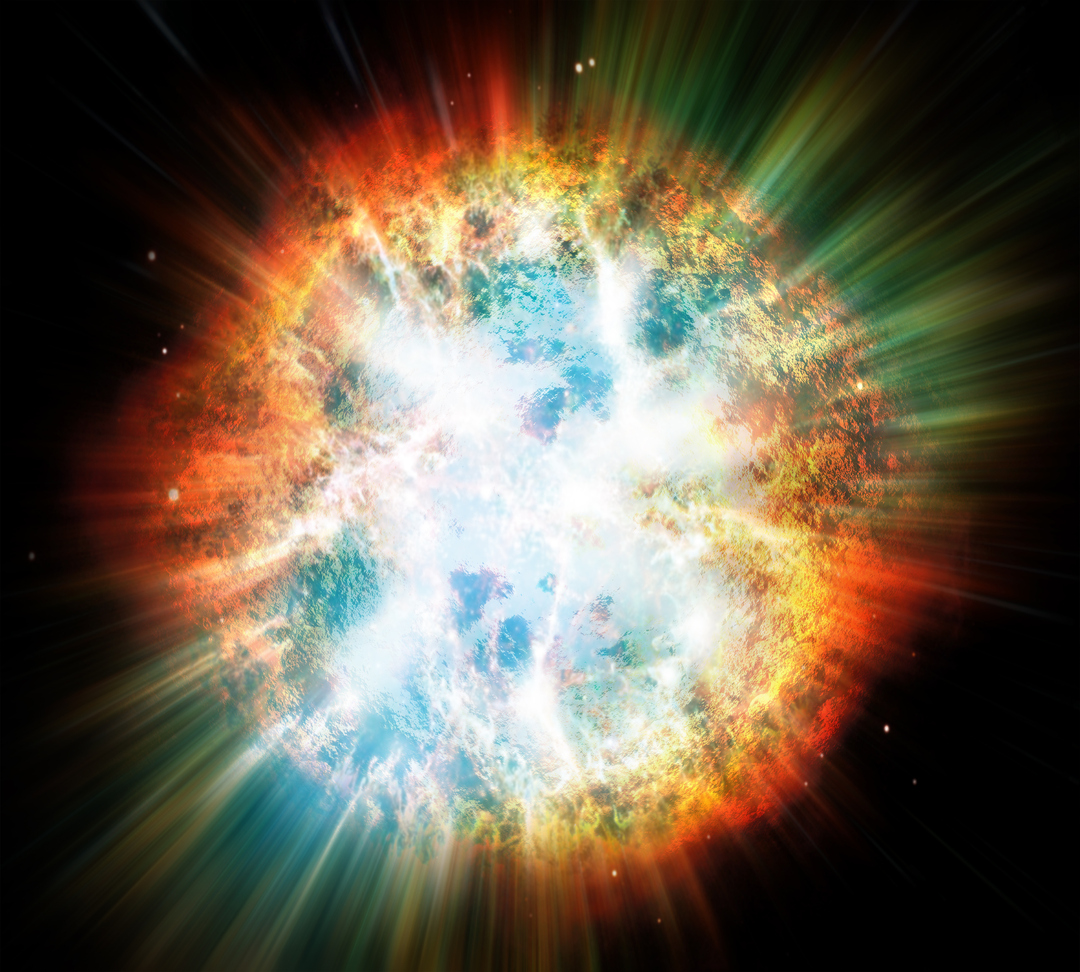 It was 16th September 2006, when a large supernova was discovered by the world’s scientist. Supernova is said to occur when the star explode themselves or run out of fuel and it collapses. The generation of the Supernova or Hypernova is considered to be the extreme and most violent events in the Universe.

It occurred 230 million light years away when the star exploded on itself. This star was 150 times as massive as the Sun.The amount of energy released by the Hypernova is approximately 1035 tons of TNT which was roughly equivalent to the Virgo cluster of galaxies in a single minute.

Remaining material of the star collapsed to zero and thus they formed black holes in the Universe. 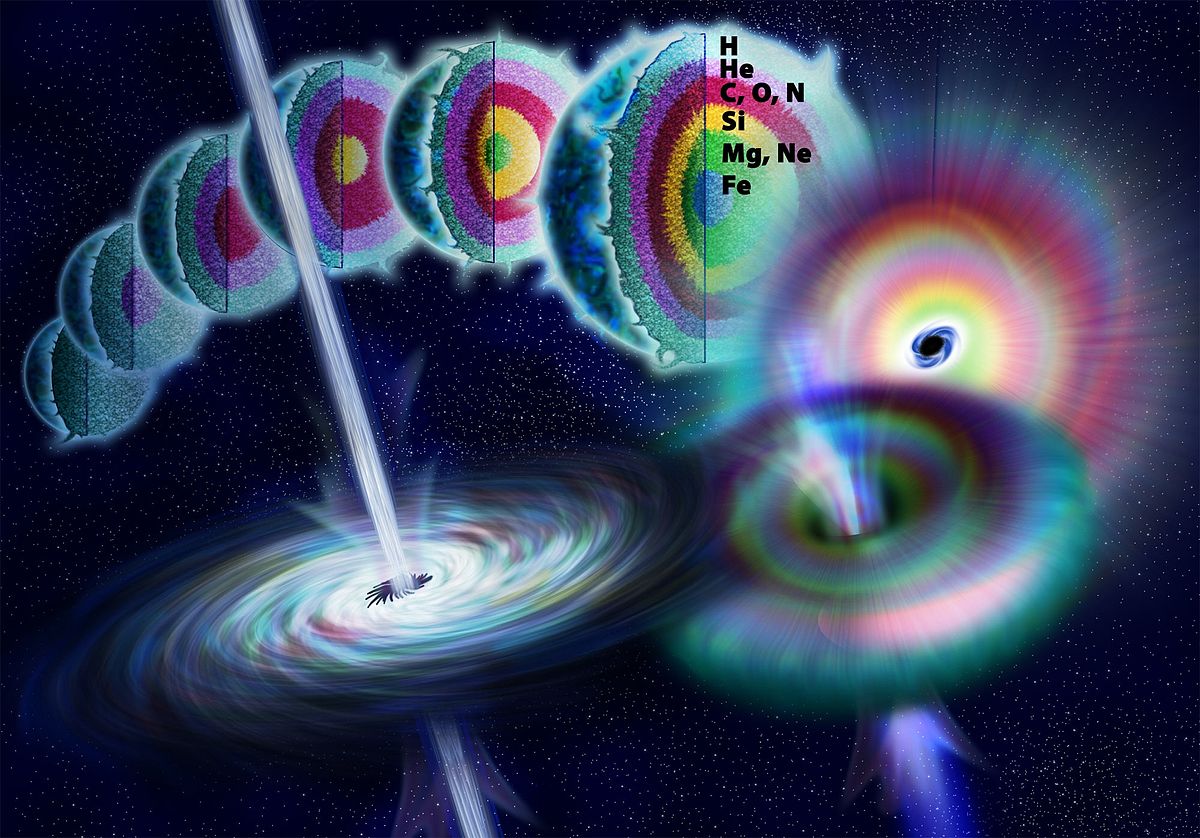 This explosion was witnessed by the humans but this event is considered to be the most violent event in the Universe. The reason behind this explosion is still hidden but few of the astronomers think that it was due to the cause of Supernova. This kind of a burst lasts for 30 to 35 seconds in the Universe.

This event is very rare and it occurs after thousands of years in the galaxy. It was on 19 March 2008 when the Gamma Ray burst happened it lasted for about 30 seconds in the space.

It was observed that the event took place 7.5 billion light years away making the object viewable without the telescope. 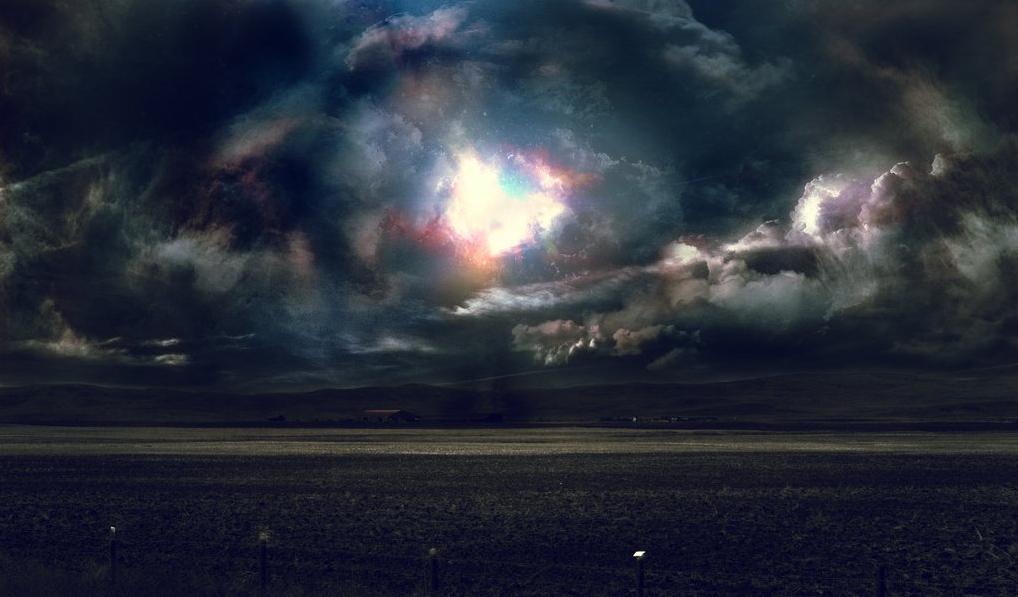 It was in 2009 when the scientist witnessed the huge explosion. It happened in the Virgo constellation in which one of the stars which were 200 times bigger than the sun exploded. When it was near to end its oxygen core created a pair of electrons with the positions. When they came closer in contact with one another they annihilate.

This resulted in the sun to collapse and ignite the oxygen which turned into a huge explosion. The explosion was similar to the atomic bomb which is hundred times bigger than the sun. 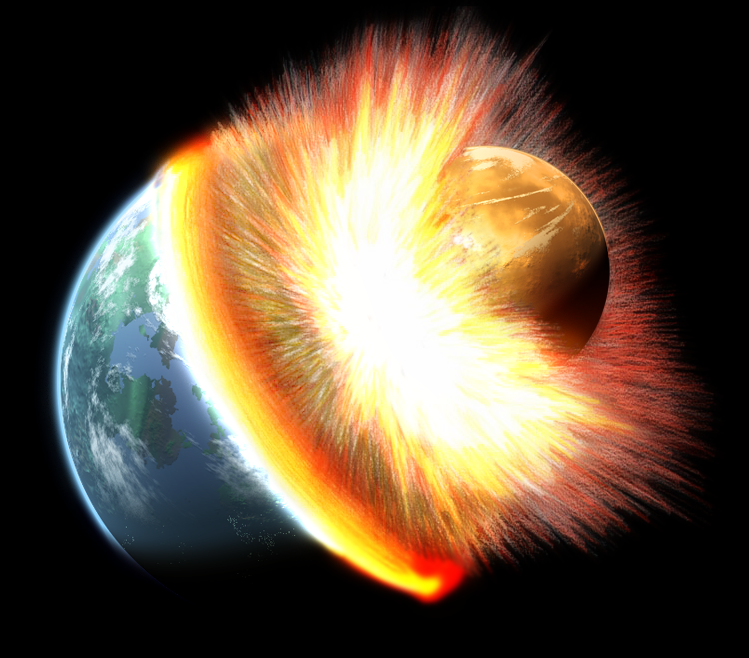 The theory is known as giant impact hypothesis or Big Splash which tell us about the formation of the moon of the Earth. It was due to the giant collision between the Earth and other heavenly bodies with similar size as that of the planet Mars. The impact of this collision was so severe about 4.5 billion years ago that the Earth created a large explosion.

The debris created by this impact started orbiting around the planet Earth until it collapsed into a singular Moon. The effect was so devastating that it turned the surface of the Earth into hot molten lava.

In January 2016, a group of astronomers surveyed the space and they observed the brightest supernova explosions ever. This explosion happened 3.8 million light years away. The spark of the explosion was 600 billion times brighter than our sun and 20 times brighter than all the stars present in the Galaxy.

ASASSN-15lh was so hot and bright that it wasn’t seen ever in the Universe. This explosion was named after the astronomers of the All Sky automated Survey of the Supernova. 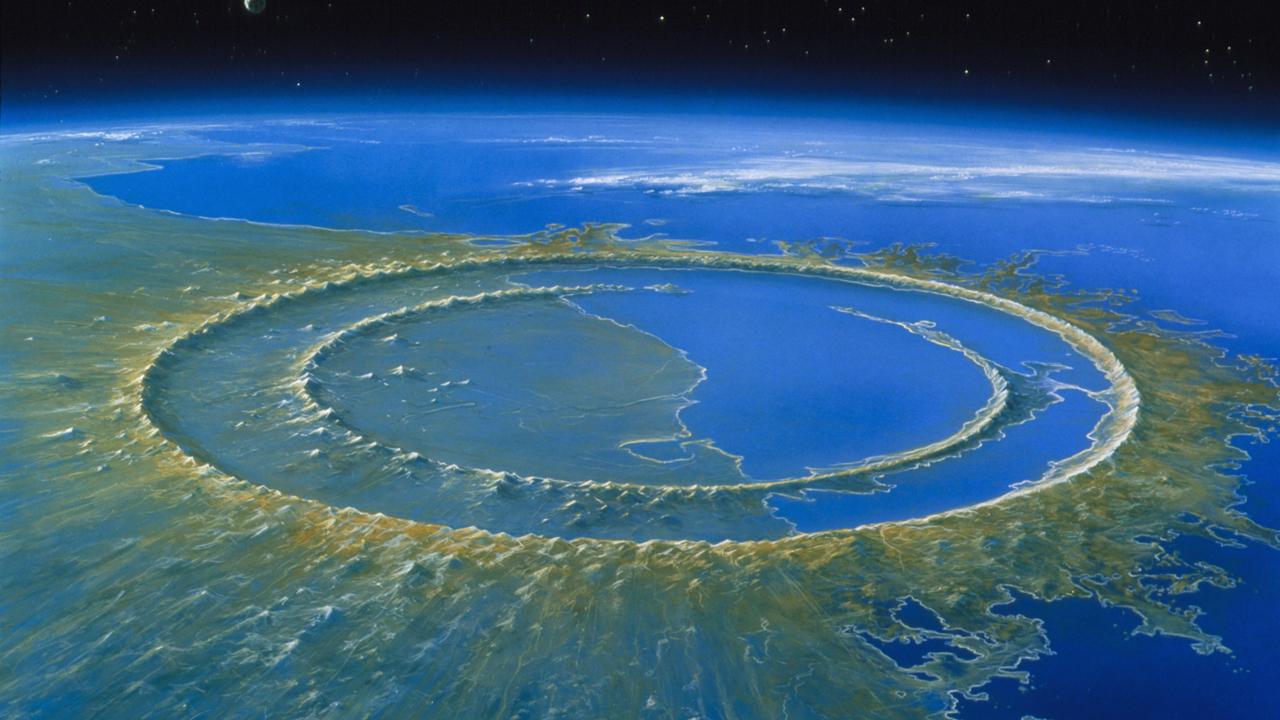 The Chicxulub Crater formed on the Earth Surface found on the Peninsula of the Yucatan in Mexico. It was formed by the asteroid or comet near about 9 to 10 kilometer in diameter. The explosion of the asteroid or comet with the Earth surface was so severe that it resulted in the formation of the crater in the Earth surface. This event occurred a slightly less than the 66 million years ago. 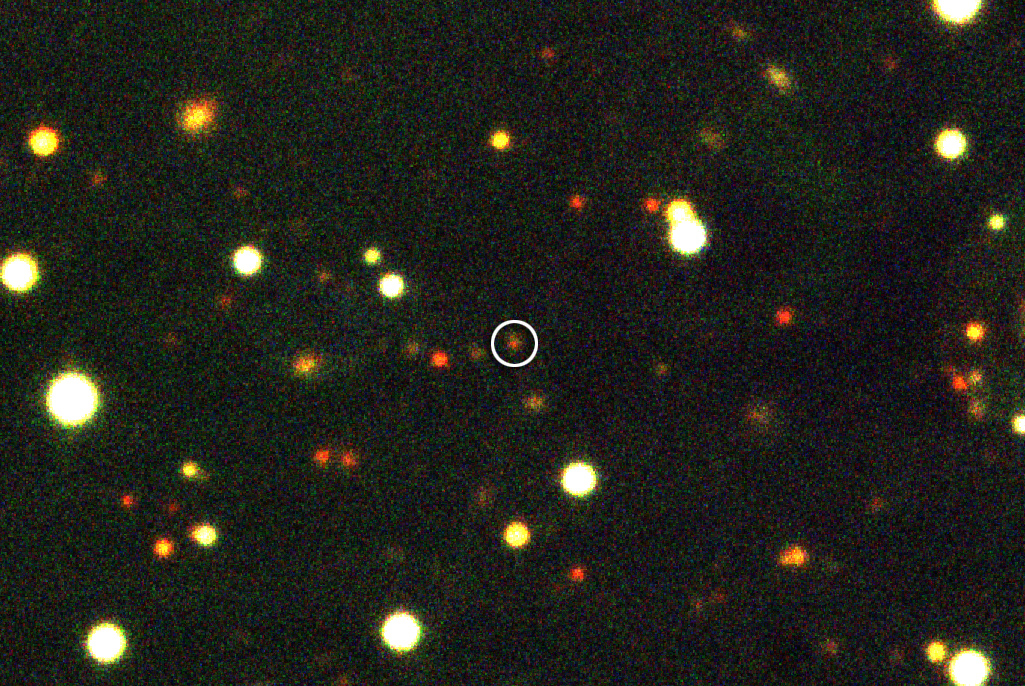 The universe is a big and vast space thus it is difficult to discover about the largest space explosions. GRB 080916c is one of these biggest explosions. It was recorded on 16th September 2008, this burst occurred 12.8 billion light years away which lasted only for 23 minutes.

For these 23 minutes, the Gamma Ray Burst was releasing a lot of energy which was more than the energy of the superclusters. This kind of explosion is known as the most titanic explosions in the Universe. (14.1)

NASA and other space authorities investigated and discovered these as the brightest and biggest Space Explosions in the Universe.

Why Do We Yawn: Different Theories