10 Most Intriguing Facts About SpaceX

Some intriguing details and cool facts about the private spaceflight company SpaceX which you probably have never heard before. 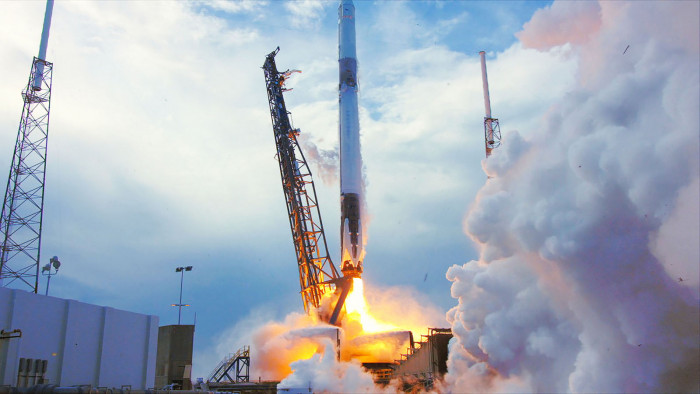 Founded by entrepreneur Tesla’s Elon Musk and Paypal in 2002, SpaceX (Space Exploration Technologies) is all about rocket science. It is a private American aerospace manufacturer headquartered in California. The two have been disarranging the global launch industry for the time and are now considered as the coolest companies in the world. Musk’s goal is to use SpaceX innovative rocket technology to not only carry tourists into orbit but also to create a sustainable colony on planet Mars. 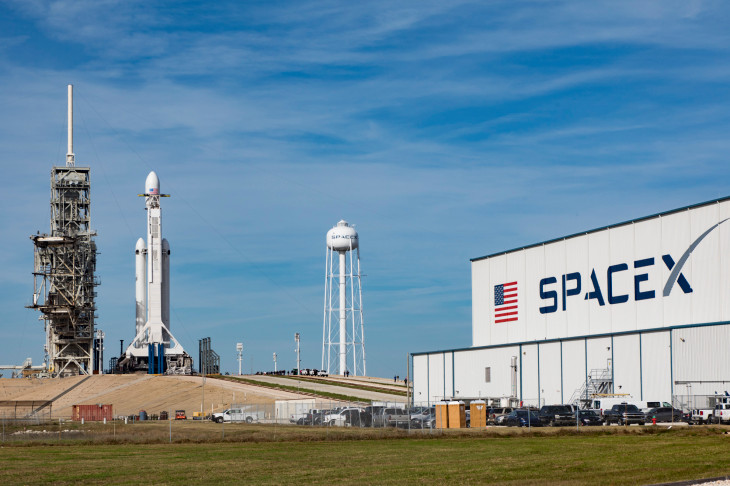 First headlined in 2010, Space X became the first private company to launch a payload into orbit – something which only NASA or Russia’s Roscomos has tried before. Blue Origin owned by Jeff Bezos, even sent a rocket to space but it was a demonstration flight and didn’t achieve orbit. (14.1) 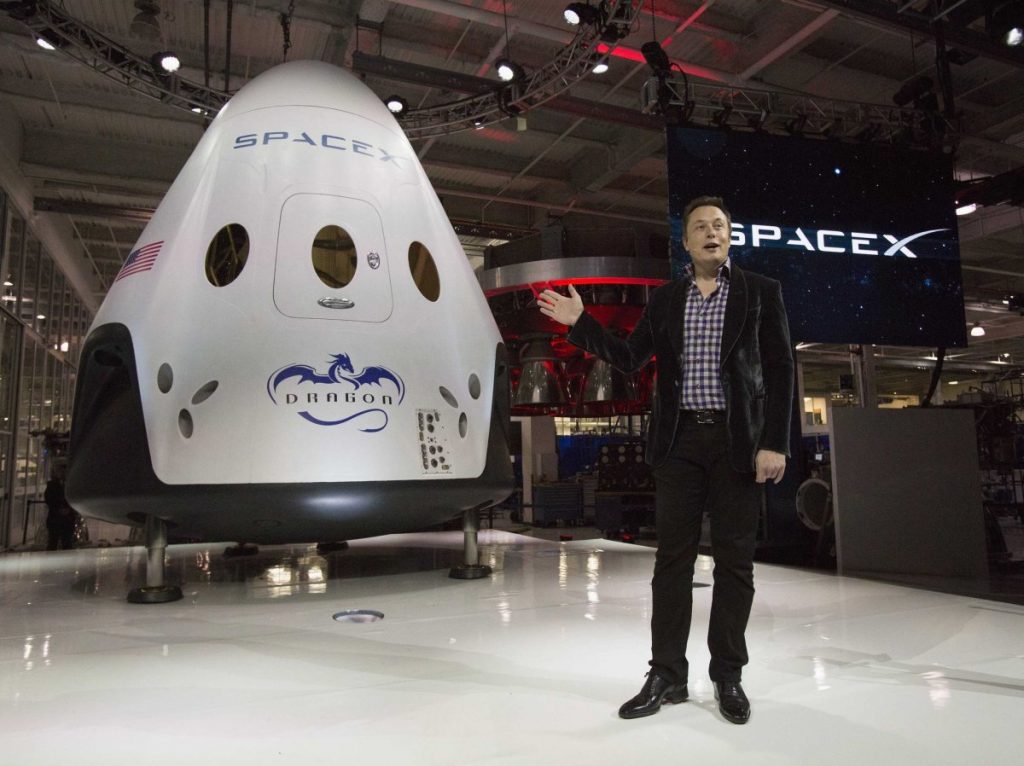 The company Space X went ahead of the competitors in 2010 when they launched a craft that circled the globe and sends up a ‘Dragon’ capsule but have you ever wondered where did they get this name?

CEO Elon Musk said that he named it Dragon after the fictional “Puff the Magic Dragon” from sony by music group Peter, Paul and Mary. (14.2)

3. The Company Has Also Teamed up with Paul Allen (Microsoft Co-Founder) Very few of the SpaceX fans know that the company has also collaborated with Microsoft. Paul Allen jumped on the board in 2011, thereafter they created a project with company Stratolaunch Systems.

Allen has already interviewed with reporters and said that they will soon be launching aircraft into orbit by 2020. 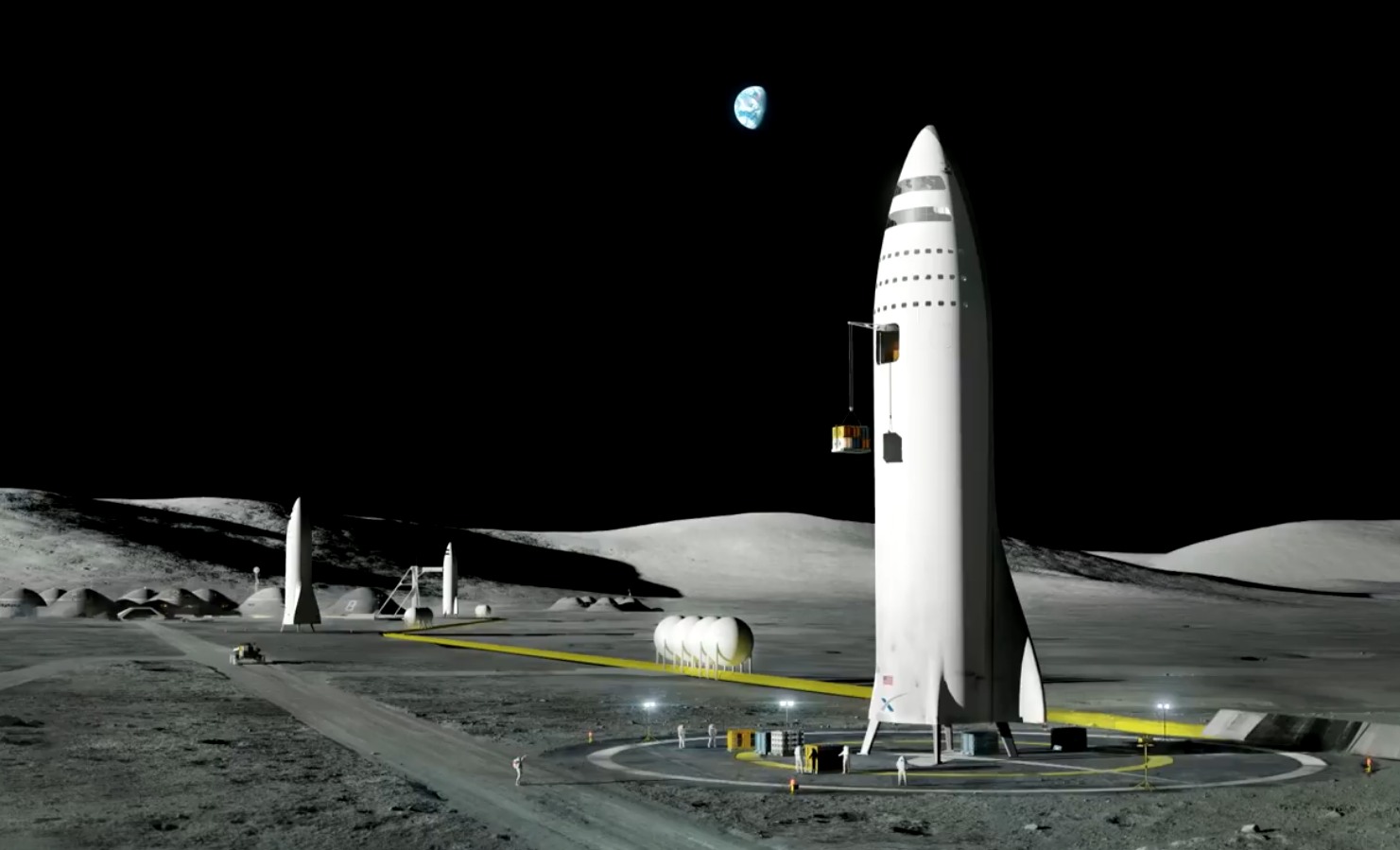 Apart from being the first private company to send the spacecraft (dragon) in 2012, its achievements also include the first privately funded liquid-propellant rocket to reach orbit in 2008.

It is the first private company to which has flown 13 resupply missions to ISS (International Space Station) under the collaboration with NASA. 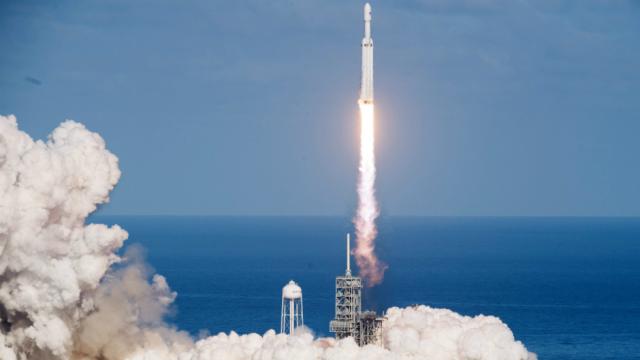 It was in 2009, NASA awarded SpaceX a $1.6 billion contract to begin the resupply missions to the ISS. This contract between the SpaceX and NASA is money for services style of interaction. Gwynne Shotwell - the SpaceX president said that each of the missions planned between the two-valued nearly $150 million. Though $150 million may seem like a lot, it was what US and NASA taxpayers would pay if they were to control the payload vehicles. 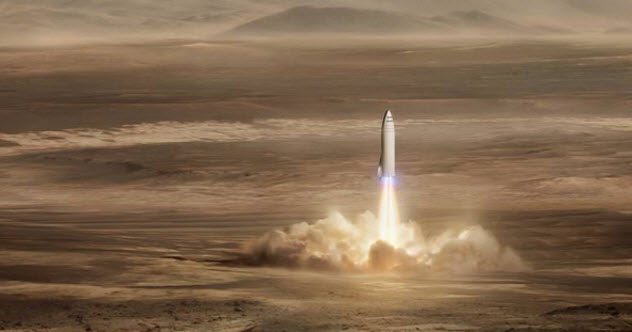 Once designed and constructed the Big F – king rocket BFR will be the strongest and the powerful rocket ever made. It would be able to carry blue whale’s weight in cargo.

It would be designed almost 12 times more powerful than earlier designed Falcon 9. This spaceship could land anywhere and has the planned capacity of 100 people with the total mass of 150 tons.

At a speed of 100,000km per hours, the passengers would reach Mars in just 3 months.

7. You Can Even Track Starman’s Progress Through Solar System 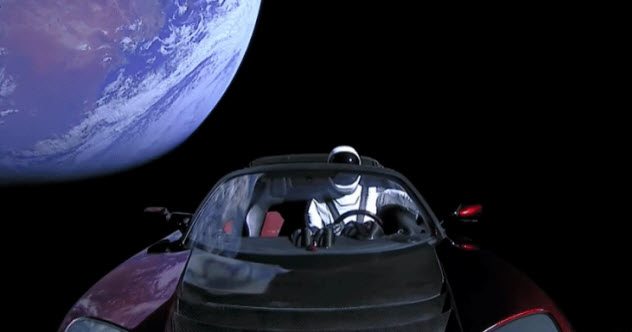 Falcon Heavy Launch and electrical engineer and industry worker Ben Pearson created a website ‘www.whereisroadster.com’ that can track and record Starman and his roadster as they travel through space. The website gives you record data about Mars, Sun, and Earth. (14.3)

8. Dragon Carried A Wheel of Cheese on Its Test Flight Dragon capsule’s first test flight in 2010 carried a wheel of cheese. The wheel of cheese was actually launched in the honor of actor John Cleese in comedy show Monty Python's Flying Circus.

9. And It's Not All About Making the Spacecraft 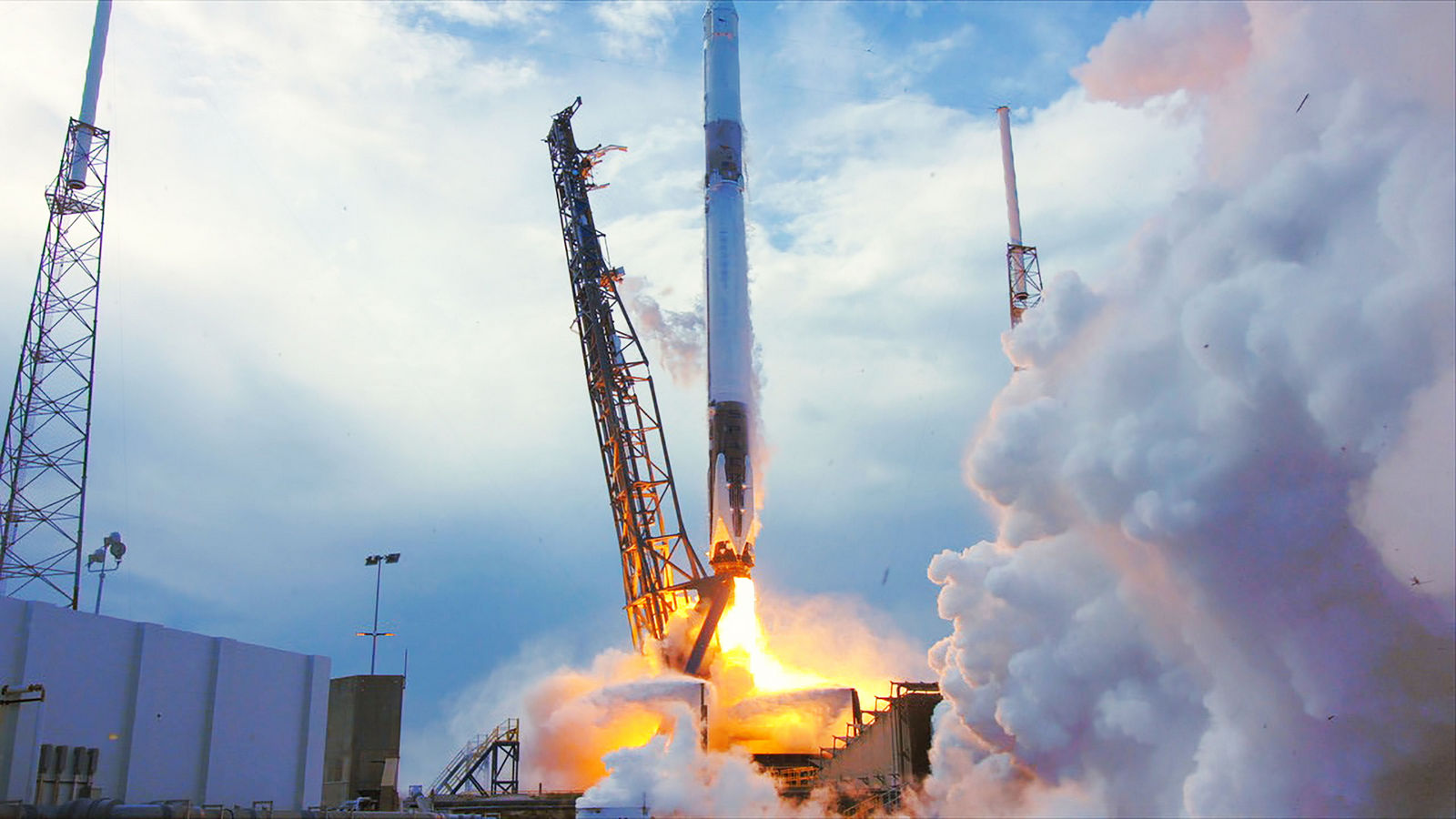 While that you know that SpaceX is all about making spacecraft, you might not know that the company has also partnered with NASA to make spacesuits.

10. SpaceX is now Working on a Mission to Mars 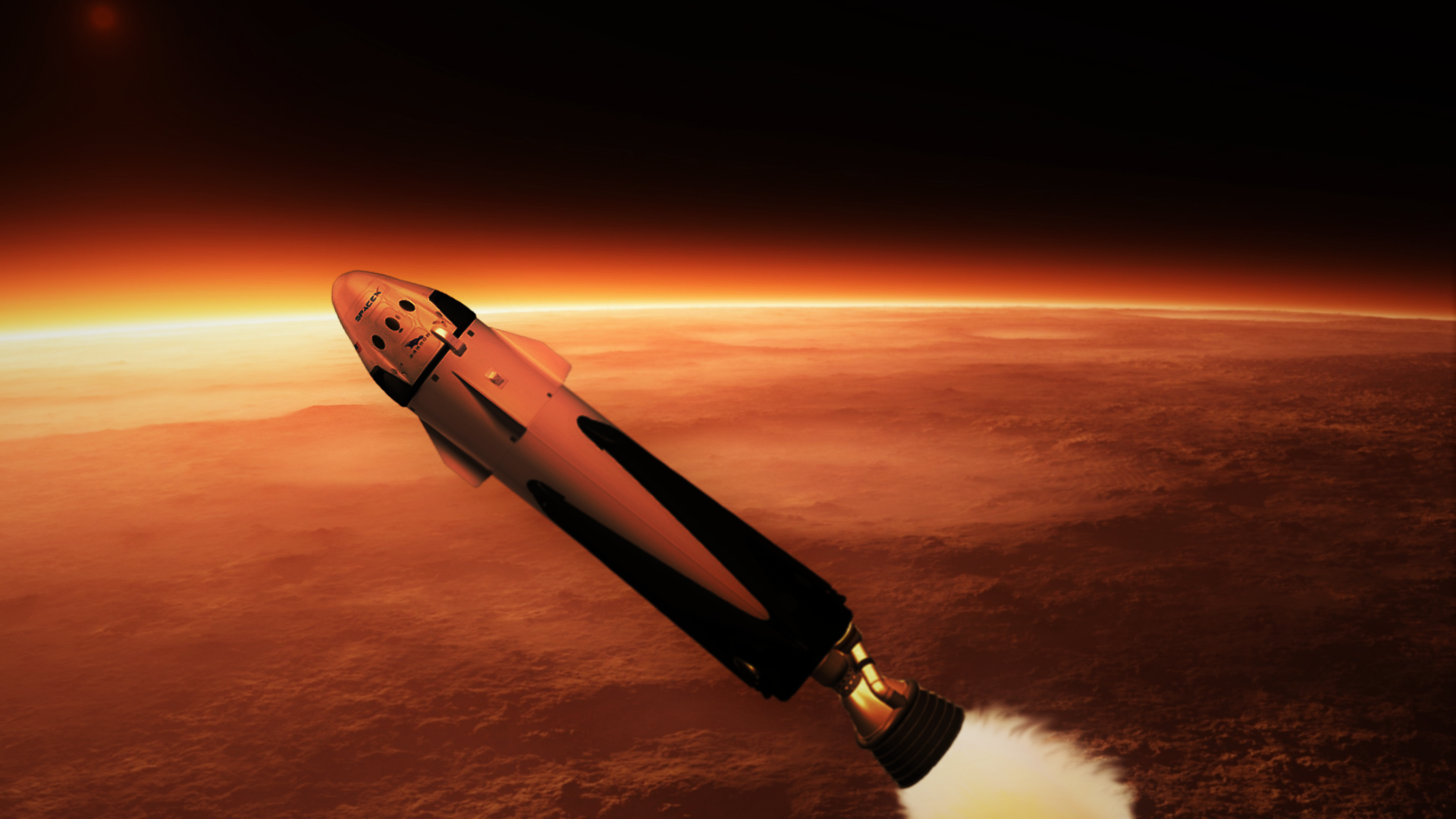 One of the most intriguing facts about the company SpaceX is, the company is currently working with the space agency to find out if there’s life on Mars? They would utilize their Dragon capsule and would cost them nearly $400 million. The mission is all ready to start in 2018.