10 Facts About Andromeda - The Nearest Galaxy To Milky Way

Andromeda Galaxy is a spiral galaxy that is approximately 2.5 million light years from Earth. This galaxy is the nearest major g... 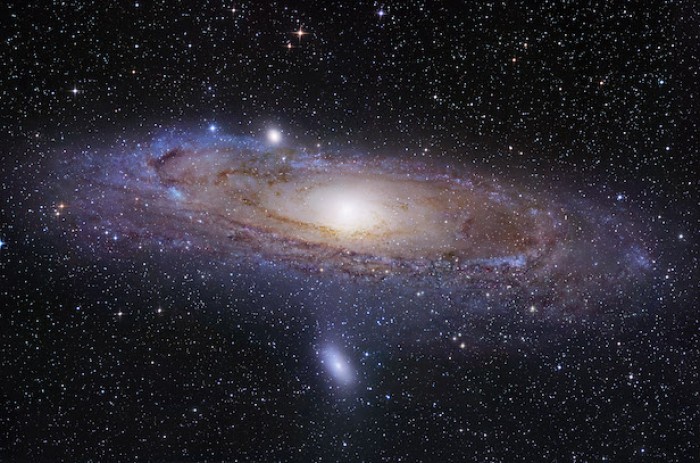 Andromeda Galaxy is a spiral galaxy that is approximately 2.5 million light years from Earth. This galaxy is the nearest major galaxy to the Milky Way. This name is derived from the area of the sky in which it appears i.e. the constellation of Andromeda, which was named after the mythological princess Andromeda.

Andromeda, according to the Greek mythology was the daughter of Cepheus and Cassiopeia, the king and queen of North African kingdom Aethiopia. She has been very popular in art since classical times.

Andromeda galaxy is also known as Messier 31, M31 and NGC 224. In older texts, it has also been referred to as the Great Andromeda Nebula. 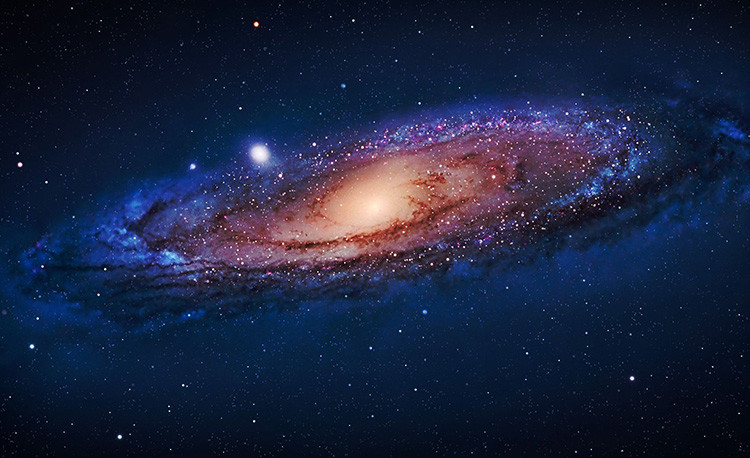 1. Andromeda Contains Twice The Number Of Stars Than Milky Way

There are one trillion stars in Andromeda. This is twice the number of stars estimated in the Milky Way (200-400 billion). These observations were made by the Spitzer Space Telescope in 2006. Moreover, the mass of Andromeda galaxy is estimated to be 1.5×1012 solar masses while Milky Way has 8.5×1011 solar masses according to the estimations. (Solar mass (M☉) is the standard unit of measurement in astronomy for the mass of stars, clusters and galaxies. It does not take dark matter into account.)

2. It Was Once Categorized As Nebula

Before the true facts of universe were realized, what is known to be the rim of Milky Galaxy today was thought to be the edge of space. Andromeda galaxy was considered to be a mere collection of stars and cosmic dust clouds. It was originally called the Great Andromeda nebula. In 1864, William Huggins noted that Andromeda spectrum differed from gaseous nebula. Its spectra display a continuum of frequencies that are superimposed with dark absorption lines which help in the identification of chemical composition of an object.

The centre of M31 is a home to 26 known black holes. Some more have been picked out by the Chandra X-ray Observatory. There is also a massive black hole in its center just like the Milky Way. There is a possibility of two other holes possibly orbiting as binary, having an approximate mass of 140 million times to that of Sun.

4. On Its Way To Collide With Milky Way

When most of the universe is accelerating away from our galaxy, Andromeda galaxy is approaching towards Milky Way at a speed of 100 kilometers per second. That means, in approximately 4.5 billion years, the Andromeda Galaxy will collide with the Milky Way. There will be a galactic smash-up between the two galaxies.

The reason behind this direct collision is the tangential velocity of Andromeda galaxy which is relatively much smaller than the approaching velocity. The likely outcome of this collision will be a merger of both the galaxies to form a giant elliptical galaxy or even a large disc galaxy. The impact of this collision on Earth and the Solar System is not known yet. There is also a minute chance of Solar system being ejected from the Milky Way or joining the Andromeda Galaxy before the collision.

Andromeda Galaxy can be seen with naked eye. Even with some light pollution, the galaxy is bright enough to be spotted without any device. Autumn is the best season for seeing the galaxy. In the Northern Hemisphere, during the nights, when the galaxy reaches zenith from mid altitudes, they can be clearly visible for almost whole night.

From the Southern Hemisphere, it is the spring season for best visibility. With the help of binoculars, some larger structures and the two brightest satellite galaxies, M32 and M110 can also be seen. Amateur telescope can also reveal Andromeda’s disk, NGC 206 (the large star cloud), dark dust lanes and some brightest globular clusters.

6. Largest Galaxy In The Local Group

Andromeda Galaxy consists of satellite galaxies just like the Milky Way. There are 14 known dwarf galaxies and the best known and most readily observed satellite galaxies are M32 and M110. M32 underwent a close encounter with M31 in the past according to the current evidences. Scientists also estimate that M32 may have been a larger galaxy once that got its stellar disk removed by M31. This led to a sharp increase in formation of stars in core region which lasted until relatively recent past.

M110 had also interacted with Andromeda Galaxy. Astronomers found a stream of metal rich stars in the halo of Andromeda which appeared to be stripped from these satellite galaxies. M110 also contains a dusty lane which indicates a recent or ongoing star formation.

2006 brought another discovery that nine satellite galaxies lying on a plane that intersect the core of Andromeda Galaxy are not arranged randomly, as opposite to the expectation. This can imply that the satellites have a common tidal origin.

8. First Supernova To Be Detected Outside The Milky Way

Supernova is a stellar explosion that radiates as much energy as the Sun or any ordinary star. It makes the entire galaxy shine. S Andromedae was the first supernova to be detected outside the Milky Way in 1885. It is the only supernova ever recorded in that galaxy.

It was observed on August 20, 1885 at Dorpat Observatory in Estonia by Albrecht Hartwig. Between August 17 and 20, the supernova reached a magnitude of six but it faded to sixteen by February 1890. In that period, Andromeda was considered only a nearby object so it was thought to be an unrelated event and much less luminous. It was thus named as Nova 1885.

9. Bright Center In The Galaxy

Using the Hubble Space Telescope in 2005, astronomers discovered that the center of Andromeda Galaxy is comprised of old red stars in an elliptical ring and smaller and brighter young blue stars in a denser disk. This was around 200 million years old. They surrounded the super-massive black hole located at the center of the galaxy which measured 140 million solar masses.

Andromeda or M31 is known for its dense and compact star cluster in the center. When viewed with a larger telescope, there is a visual impression of a star embedded in the more diffuse surrounding bulge. The inner nucleus of Andromeda Galaxy was imaged with the Hubble Space Telescope in 1991. It consists of two concentrations separated by 1.5 parsecs.

This Indian Startup Will Immortalize Your Name on the Moon for Rs. 500