These 5 Real Life Mowgli Were Raised By Animals

When I was Kid, The Jungle Book was one of my favorite Disney cartoon and sometimes I also wished of leaving the home just to st... 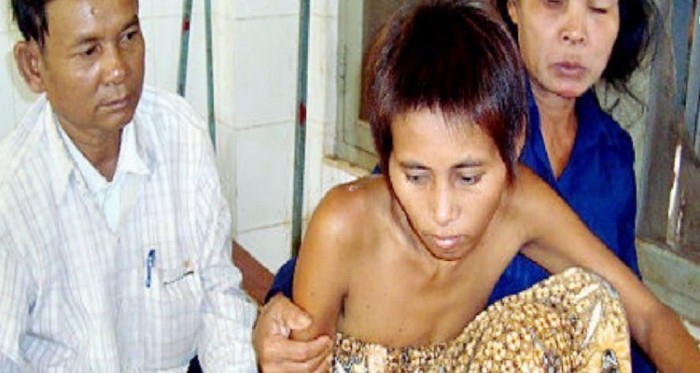 When I was Kid, The Jungle Book was one of my favorite Disney cartoon and sometimes I also wished of leaving the home just to stay somewhere far away. It might have happened with you also? Just like as Mowgli, I thought it was fun to play with animals all the time. It was just I wished, but what if it really happens?  There are some kids in the world, who have been living with wild animals since so long. Exactly, you can say that they are raised by wild animals.

As per the society rules we are detailed that at young age kid’s needs proper socialization in order to adapt society’s rule. But these kids were left in the jungle for some reasons and have grown up with them.

She was abducted in the year 1954. Marina was left in the jungle and she became friends with intelligent monkey tribe. She lived with them around 5 years. Don’t know what she ate and how she survived in the jungle. But sadly, hunter found her and she was sent to a brothel. At present she is married and have 2 beautiful daughters.

He was found in the apartment which was also the home of dozens of birds. In 2008, he was just 7 years old. His mother refused to talk with him and then he decided to have a talk with birds. Other believed that he will never communicate with other humans; social services took him away from his mother and then he was sent to some psychological care for the treatment.

She was found naked in 2007 in Cambodia. Her parents left her when she was just 8 years old. Later on her father recognized her coz of scars, her family tried very hard to make her normal again but she again left her home and went back to the jungle in 2010.

Lokha was found in 2007. His parents left him at very young age. He was found in the den; strangely his nails looked like wolf claws. He was then sent to the hospital by the villagers. But this boy ran from hospital as doctors asked for several tests.

She was just 3 years old when her family left her. She was found inside a family dog kennel. Dogs already started treating as their family member. This incident occurred in 1991. Her parents were alcoholic; she rescued and now is living at a place where handicapped individuals reside.