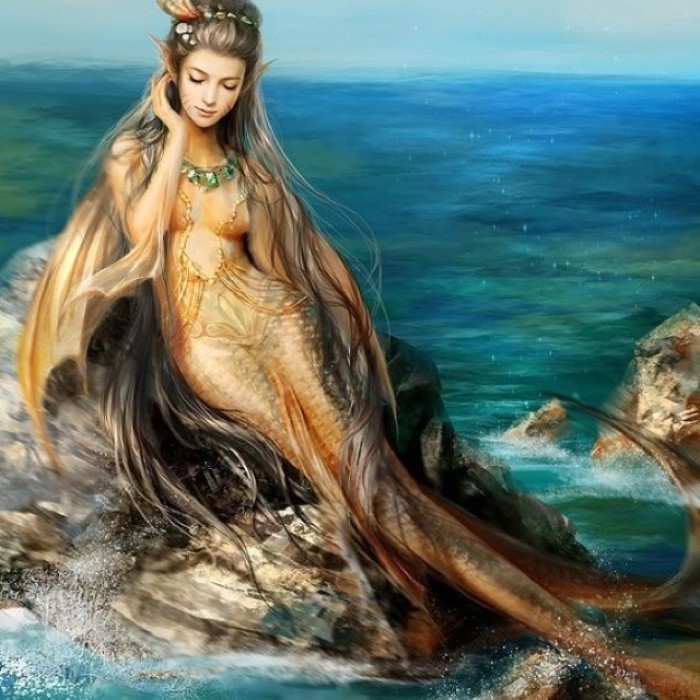 Nearly three quarters of the Earth is covered with water. No wonder, oceans contained various mysterious creatures like mermaids and sea serpents, some of them might be in existence even today. Merfolk, namely mermen and mermaids are the only marine version of half animal and half human legends that have captured human imagination since ages.

There are many legends about mermaids and some dozens of claims from the history that stand in support of ‘real’ mermaid sightings. Sailors and residents of coastal towns all around the world have recited stories about their encounters with the sea-maidens. One story dates back to the 1600s. It claimed that a mermaid tried to enter Holland through a dike and was injured in her efforts. She was taken to a nearby lake and nursed. Eventually, she became a productive citizen, learnt Dutch, performed household chores and converted to Catholicism.

There are many such legends of mermaids. They may be ancient but their existence is prevalent in many forms even today including films, books, movies and even Starbucks. 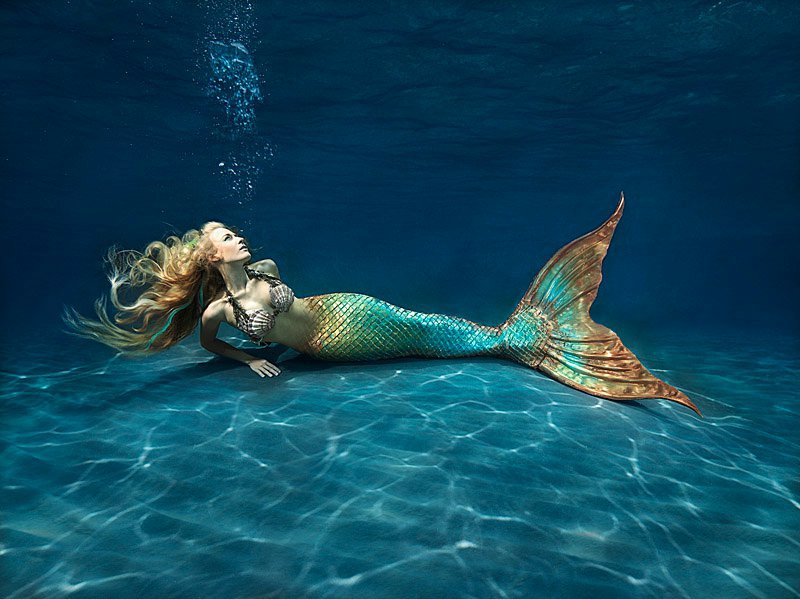 1. The first known mermaid story appeared in 1000 BC in Assyria

Goddess Atargatis, the mother of Assyrian queen Semiramis fell in love with a shepherd and killed him unintentionally. Ashamed with her act, she jumped into the lake and took the form of a fish but her divine beauty could not be concealed. Thus, she took the form of a mermaid- human above the waist and fish below the waist. Since then, many mermaid stories could be heard from folklore from cultures all around the world.

2. Mermaids were originally created for the personification of water deities

These mythical creatures were initially created for personifying the water deities of ancient civilizations. Because of the endless supply of food by sea, mermaids were celebrated as the bringers of life and fertility. They are also considered as the forces of great nature power and destruction as well.

3. Mermaids have powers over elements

All mermaids own powers and they possess the same powers over all elements and some distinguished powers as well. But those mermaids who do not have prior knowledge of their special powers are able to discover only one or two powers throughout their lives. This happens because a power activates only after the occurrence of certain emotion or motion. For instance, full moon can grant extra or more powers to mermaids.

4. Mermaids are more confident than mermen

The male members of underwater race of merfolk called as merman are supposedly more shy and secretive than their female counterparts. Nearly all stories suggest that mermen never came to the surface of ocean whereas mermaids have been very active in their appearances on the ocean’s surface. 5. Mermaids can lure sailors to death

Not many mermaids discover this but all mermaids have extravagant voices. They can convince a human being to do something and these voices occur in that process. Normal singing by the mermaid does not disclose their power. Moreover, it can also be used to erase memories.

After the birth of a mermaid, it looks like a regular human but when transformations takes place in them as they grow up, they become more beautiful with every transitional phase. Some common changes that take place in mermaids are- growth of hair, changing color of eyes (light or dark), slimmer body figure, fuller lips, hair getting darker, hourglass shape and other attractive features.

7. Being vegetarian is healthy for mermaid

If a mermaid tries to eat human meat or fish, she gets sick. Human meals that do not contain meat such as fruits and vegetables are healthy for mermaids. There is also a possibility of mermaids hunting animals. In that case, they eat the meat straight from the animal’s carcass or by draining the animal’s blood. However, this method is incredibly gruesome and thus it has never been used much. But this appeals more to the taste buds of mermaids.

8. There are four types of mermaids in modern popular culture

Modern popular culture portrays mermaids in four forms. First is traditional mermaid that can only live in the sea. Another form of mermaid is skin shedding mermaid that is most common in Irish folklore; they can walk on land for short periods of time. Third comes the shape lifting mermaids, these can change to human form at their wish. And the last type is entirely human form merfolk. They were highly popularized in the Persian collection of folktales “One Thousand and One Nights”. They can live on both land and sea. 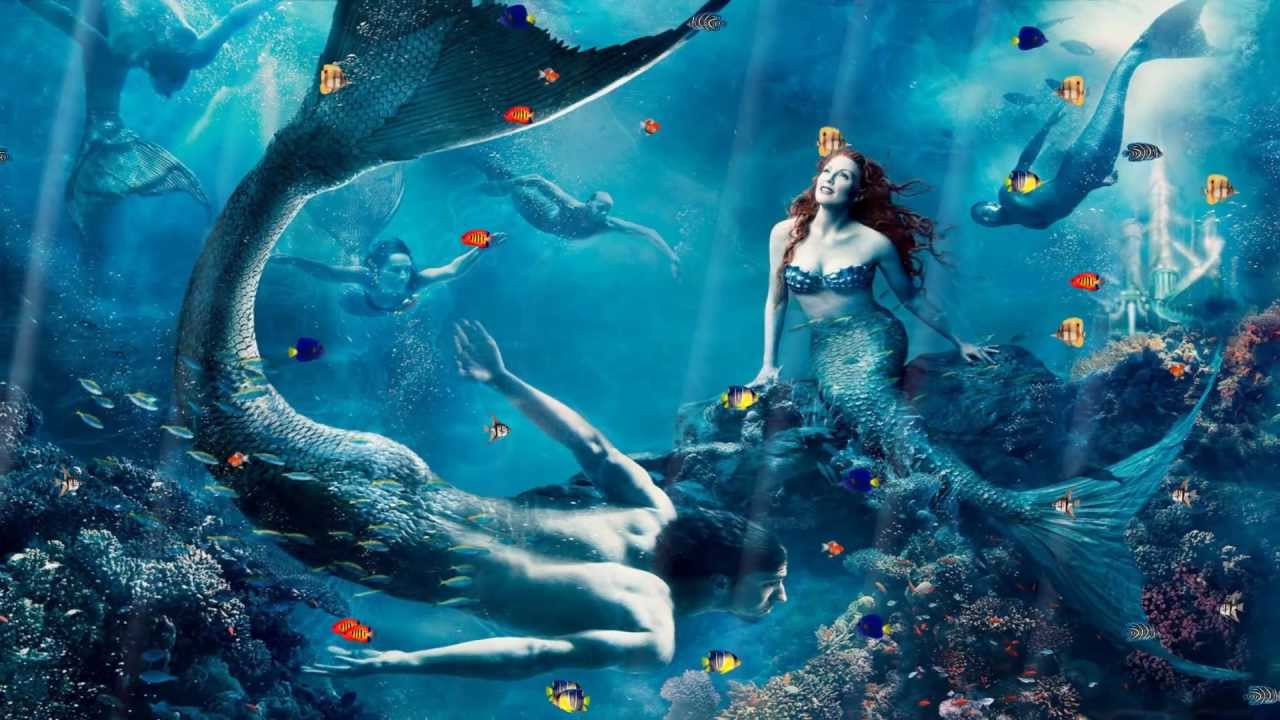 Related post: 10 Mermaid Legends Your Kids Want You To Know

9. Some societies believe that humans are descended from mermaids

Some legends that come from Pacific Islands suggest that human beings are descended from both mermen and mermaids. Somewhere back in time, their tales dropped off due to some reason and a magical phenomenon occurred which enabled people to walk on lands. The creator god Vatea, who is also depicted as half human and half fish, is an example of this belief.

10. 8 most common powers of aqualess mermaids

11. Aquamarine is made of mermaid tears

12. Starbucks’ logo is based on a two tailed mermaid

The original logo art of Starbucks depicted a woman who was either a Melusine or siren with two tails. Apparently Starbucks toned down its original logo art. They agreed that this eagle fishlady was a bit too suggestive. Thus, only the tips of her tails are visible now.

13. Mermaids are literally ‘women of the sea’

In old English, ‘mer’ means sea and ‘maid’ meant woman. Mermaids are therefore “women of the sea”. Following the same logic, merman would be a ‘man of the sea’. Both these names describe the natural habitat of merfolk. These fish like people swim through oceans and seas.

14. Mermaids can see through the future

The northern merfolk are believed to be able to live in both freshwater and saltwater. They are also considered to fairly temperamental. Mermaids also have the ability to predict the future. Another belief exists that catching a sight of mermaid by human beings can be a bad omen.

15. Many famous deities carry the form of mermaid Scupture of the twin-tailed Triton (image)

Famous deities like Triton and Aphrodite from Greek mythology, Assyrian goddess Astarte and the African deity MamiWata also existed in the form of mermaids. They represent beauty, fertility, force of nature and destruction and the danger of seduction.