TBH, I am not all die-hard fan of snakes. They are super creepy and sometimes dangerous. A carpet python who normally loves eati... 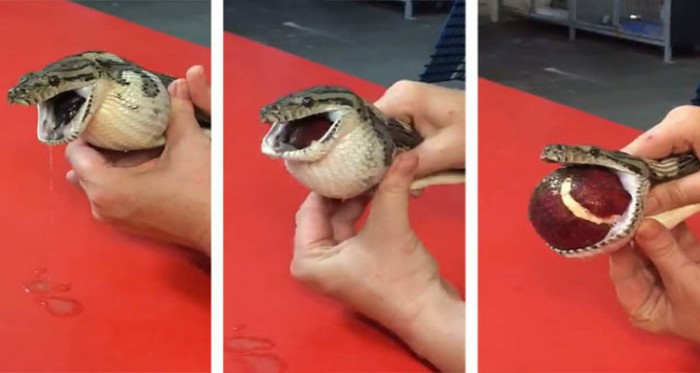 TBH, I am not all die-hard fan of snakes. They are super creepy and sometimes dangerous. A carpet python who normally loves eating insects and mammals and even small dogs is reportedly found on the streets with a tennis ball stuck inside. Yes, you read  it right.

It is reported that 5 foot long snake swallowed tennis ball within 24 hours. Here is the x-ray of the snake showing the ball inside its stomach. A former veterinary nurse Trish Prendergast took the ball out from the snake’s mouth. Hopefully snake is all in normal condition now. Thanks to her. See how did she manage to took out the ball 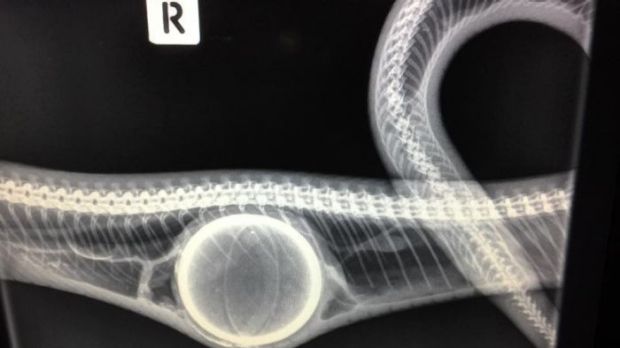 It was around 30 min operation to get the tennis ball out of the snake.

The snake is made up of basically all vertebrae and ribs, so it was delicate because you don't want to break any ribs – she said

There are also major organs in there, so you want to make sure when you're squeezing and manipulating it you're not putting too much pressure on it

The snake may have been able to eat with the tennis ball in its stomach but the ball would have stopped food passing through, so it would have died from starvation over a year or so

“It just ate a rat, I just put it back in a cage and its all happy and fat," she said.

Finally the snake is in normal condition.