People with immense wealth run out of ways to spend their money every once in a while, so they figure out a lot of bizarre yet cool ways to have fun with the extra cash. 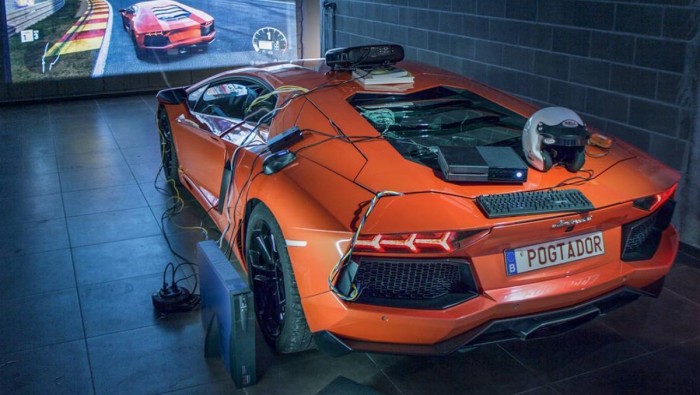 POG is a car and gaming enthusiast who has a significant presence on social media like Facebook and Instagram. POG uploaded a video quoting the best gaming setup ever. In the video a POG member went all the way to a store to buy the raging Xbox game Forza Motorsport 7 in his lavish Lamborghini Aventador.

The amazing part of the video begins when the guy starts modding his $400,000 worth of car with Pressure sensors and all kind of things needed to make it work with the Xbox.

This whole thing of going off to a store in a luxury sport car to pick up a game about luxury sport cars and then epicly enough converting that same sport car into a controller to play the same game. It is according to us hands down the most epic car and game video of the year 2017.

This Is What The Set Up Looks Like From Afar

Just look at that orange beauty, now imagine yourself sitting in it and playing your favourite car games. Don’t Worry! Nobody will judge you even if it is Mario Kart.

Here’s The Full Video Of The Funny Yet Genius Skit

This is the full edited version of the video that is being liked and shared all around the web. It certainly has that funny, intriguing and awe-inspiring appeal to it. And the whole first person point of view throughout the video just goes with the premise of the video.