From Nazis to North Koreans, each one of these extremists who tortured people for the sake of the fear they thought they needed in order to have control over people, eventually failed. But the horrors the poor people went through were inhuman. 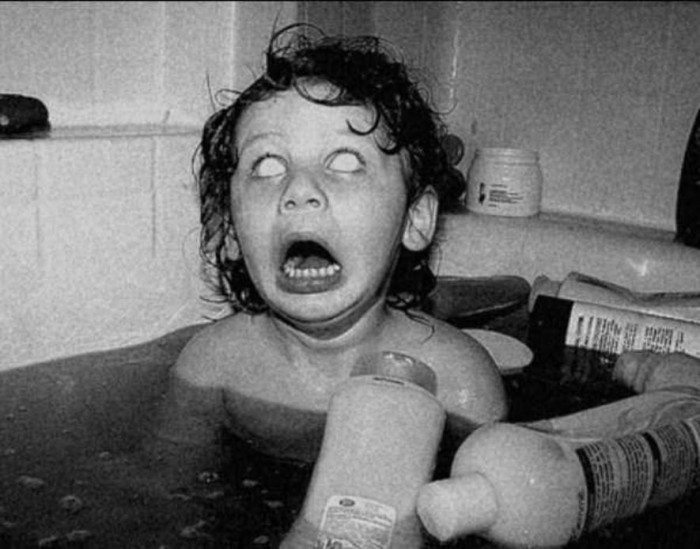 No human can survive cruel treatment like the people in the North Korean Prison Camp went through. But some brave hearts survived and even lived to tell the tale of horrors that were unleashed upon poor souls. Prisoners were starved to skin and bone. They had to feed on rats and snakes for the much needed protein to get them through a day of hard-labour.

The North Korean prison camp torture techniques were so cruel that it is even compared to the experiments of Nazi concentration camps.

1) Teenage Girls Were Raped In Masses, Who Had No Other Option Than To Commit Suicide 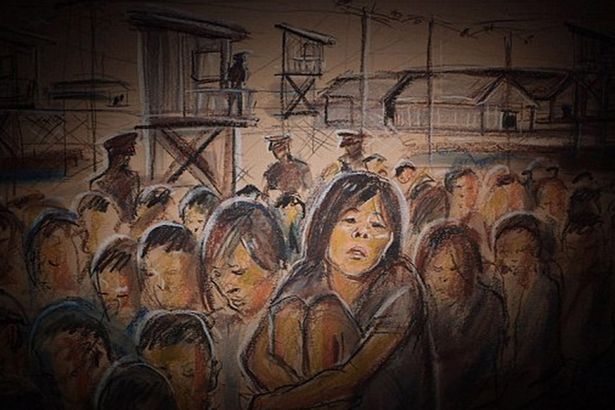 Rape of teenage girls and their subsequent attempts to commit suicide by jumping in the Taedong River were so common that prison guards were deployed to the river to thwart them.

2) A Newborn Baby Was Fed To The Guard Dogs 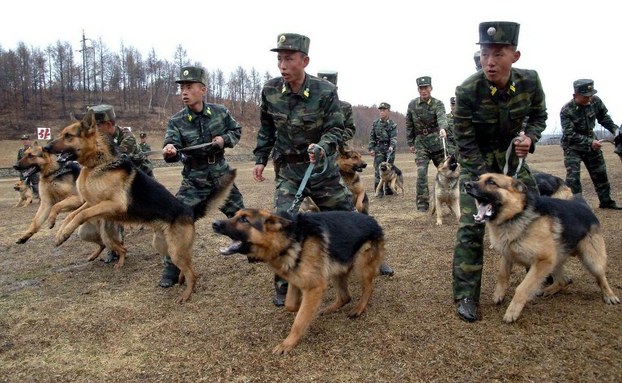 A former prison guard witnessed a prisoner’s newborn baby, most likely fathered by a high-ranking official, fed to guard dogs and killed. 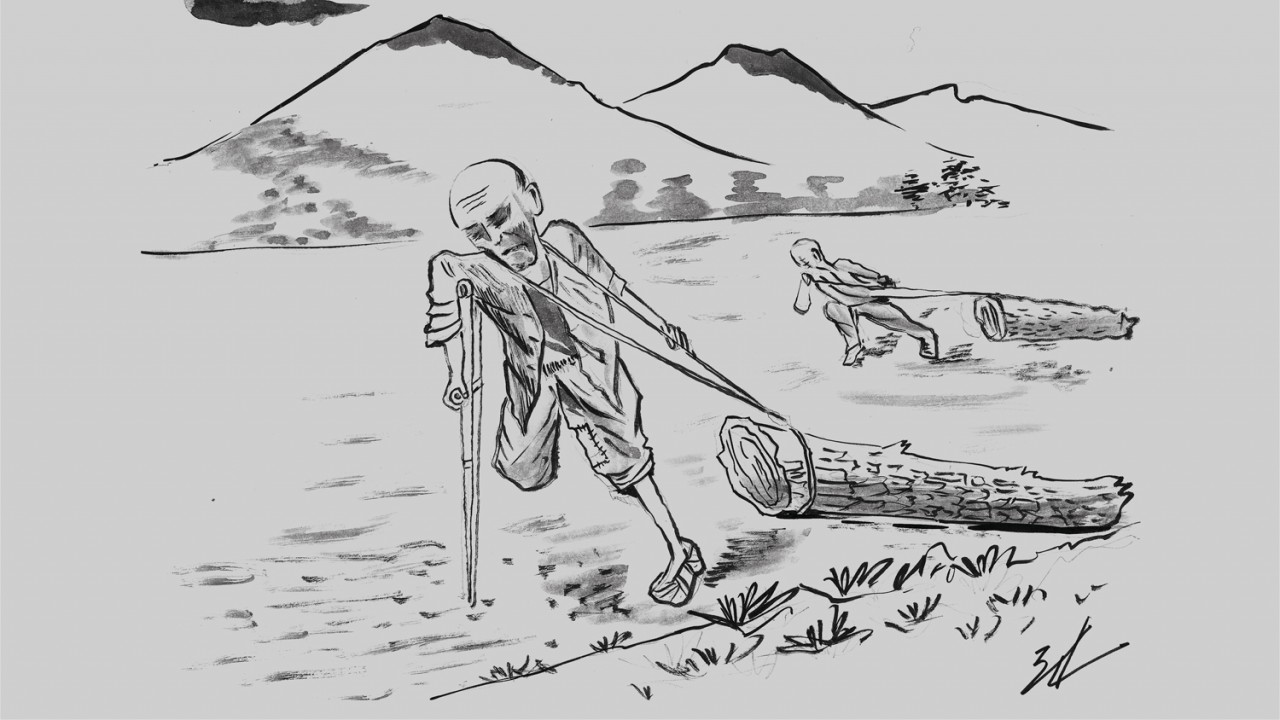 The winter work was more difficult. The prisoners had to cut and carry huge logs, which were over 4 meters (13 ft) long, for more than 3 kilometers (2 mi). Many people died from accidents, and all who were injured starved to death since they could not work.

4) They Experimented With New Techniques Of Tortures Like “Pigeon Torture” 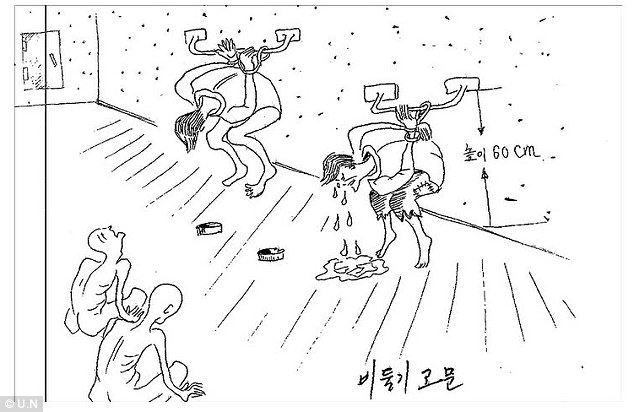 A man named Jeong was tortured with a technique known as “pigeon torture.” His hands were handcuffed behind his back, and he was hanged by the handcuffs so that his feet were suspended from the ground. Jeong was left in this position for days at a time. It was so painful that he “felt it was better to die.” Jeong confessed to his falsified crimes after 10 months of torture. 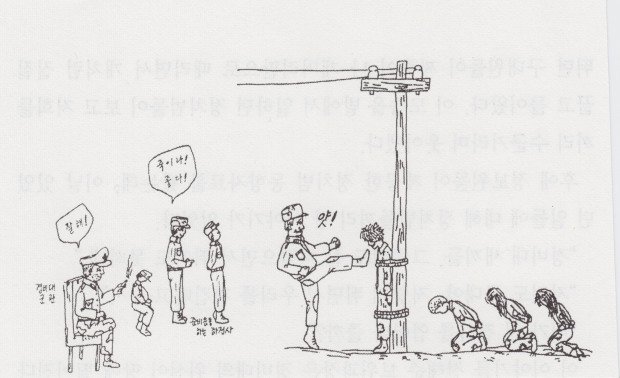 Young men were immediately sentenced to hard labor. They had to carry large logs on their shoulder for miles to the camp. If an inmate could not perform the expected work, the guards would order members of the work group to beat that inmate.

6) Prisoners Were Lined Up To Throw Stones At Dead Traitors 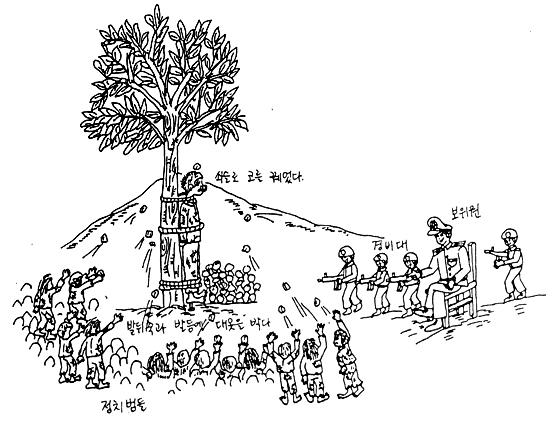 Two soldiers were captured and hanged after an escape attempt. Thousands of prisoners were ordered to form one line and march by the hanged men. They were ordered to throw rocks at the bodies and yell, “Down with the traitors of the people!” Some people could not bear to throw stones, and the guards beat them. 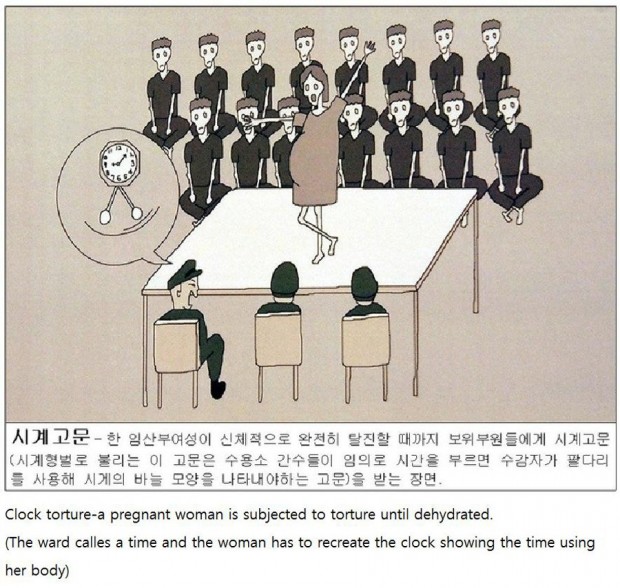 As bringing a new life in the prison camps was a punishable offence the babies were killed like insects or the pregnant women were tortured in numerous ridiculous ways so that the babies are miscarried. One of their torture techniques was to make the accused stand on a table and imitate the clock in front of an audience. 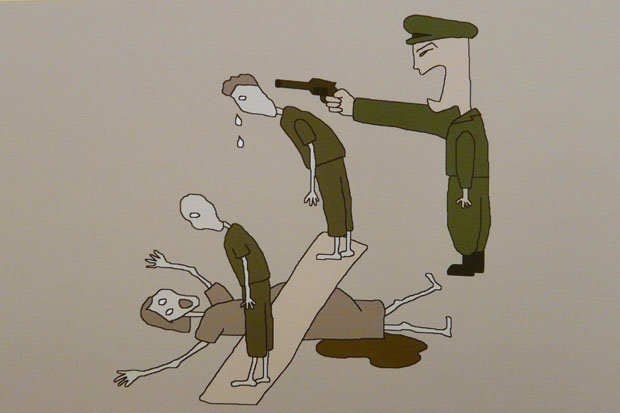 Their heinous tortures didn’t stop at just torturing. Prisoners were made to stand on either side of a plank like a seesaw resting on a pregnant woman’s womb. The prison guards made them move on the baby bump on gunpoint until it died.

9) Starving Woman Was Forced To Drown Her Newborn

A pregnant woman in a condition of near-starvation who gave birth to a baby -- a new life born against all odds in a grim camp. A security agent heard the baby's cries and beat the mother as a punishment. She begged him to let her keep the baby, but he kept beating her.

With shaking hands, the mother was forced to pick up her newborn and put the baby face down in water until the cries stopped and a water bubble formed from the newborn's mouth. 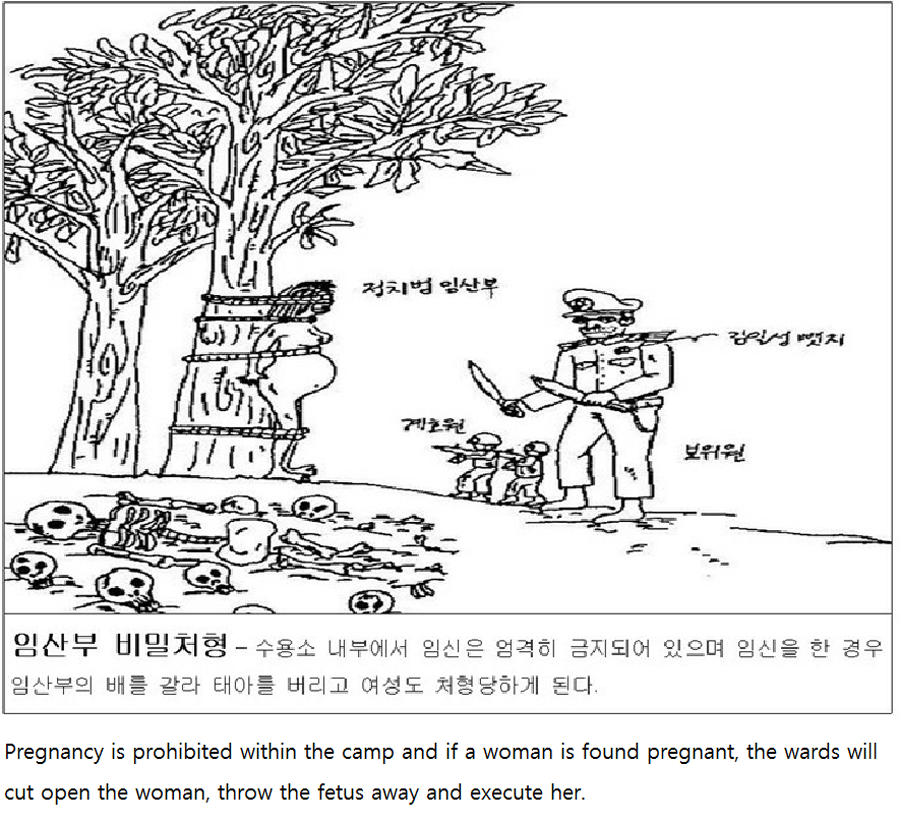 The Korean Prison camp devils had no limits and for the sake of keeping the reign of terror on the captives; soldiers gutted live people. The guards had strict orders to execute anyone with a baby, so they used to gut live pregnant women and throw the fetus away, thereafter executing them.

10 Most Expensive Pieces of Jewelry Across The World – You Can Only Dream Off!!