This is really crazy! A die-hard football fan of the Turkish who is the supporter of Denizlispor has reportedly rented a crane to watch the match and his favorite team, having been penalized with a year-long stadium ban. 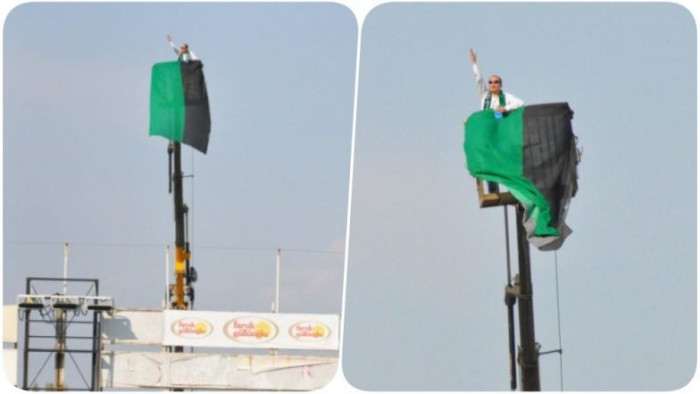 No wonder, watching live Football and your astonishing sports’ person is like a treat for the Football lovers.

Yeah! You guessed it, we are talking about a die-hard fan in Turkey, who actually hired a crane so he could watch the game and his favorite team after getting a stadium ban. Now, this is crazy like really crazy! 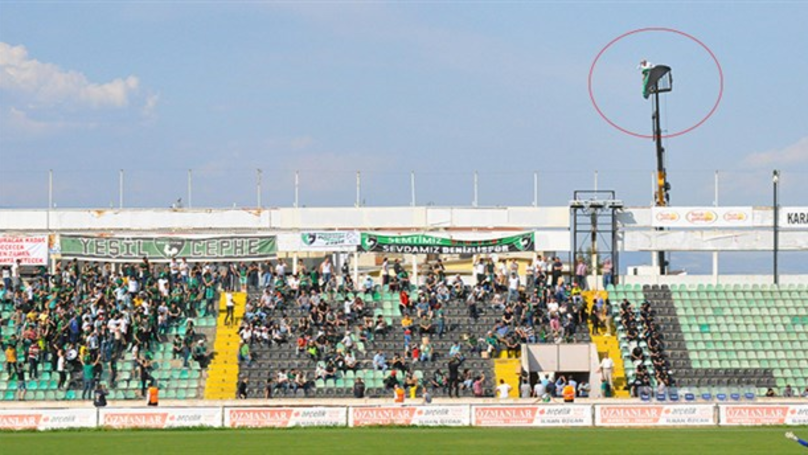 In general, if someone received a stadium ban they would have tried out some obvious alternatives on how to continue watching their favorite game and team. They will turn on the television to watch the televised version of the game. And some sports lovers attempt fake mustache, unusual clothes, and hat to make an entry in the stadium. Well, all these are pretty common and effortless things. But, there are few fans who don’t have limitation, boundaries and stop kind of word in their dictionary.

Yes, that's exactly what happened to one enthusiastic fan in Turkey. As per the reports, one Denizlispor fan had a stadium ban so, to watch the game against Gaziantepspor he rented a crane and watched from there.

The man is basically a great supporter of Denizlispor. Well, the reason is not discovered yet exactly why he had been given a stadium ban (God knows why), but, whatever the reason it appeared that this crazy fan has set an exciting example of fan loyalty and love for the team.

To enjoyed the game to the fullest he actually rented a crane, holds team’s flag, rose well above the height of the stadium and watched the match.

Taking ‘You Only Live Once’ To A Whole Another Level 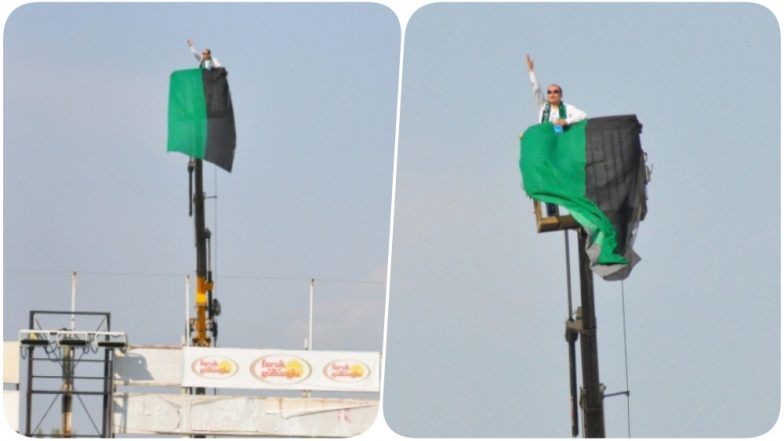 You can see in this pictures the man looks on top of the world with not one but two Denizlispor flags, one in his hand and one draped over the front of the crane.

There are many ways to show just how much you love your football club but he tried to cheers his favorite team and to watch the match is too touchy.

Sadly, the crane was later dropped by local police forces. But, there is no doubt in that the Denizlispor seemed quite happy and inspired at least after the whole incident and they won their match by 5-0.

Well, we don’t know what will happen next but the unusual footie fan left everyone speechless.

Estranged Daughter of Jackie Chan ‘Etta Ng’ Has Been Homeless for a Month, Blames Homophobic Parents