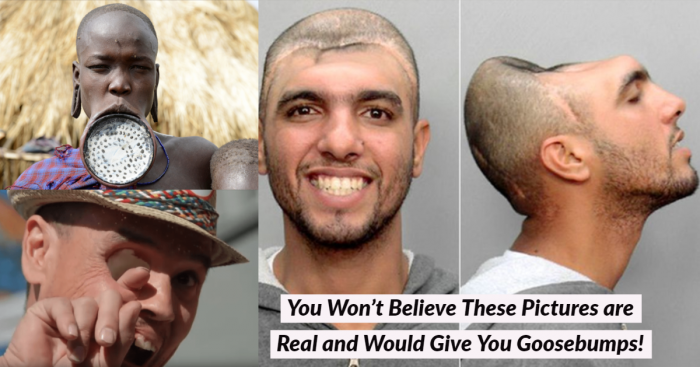 No doubt, the world is filled with wonderful and amazing things. While some photographs captured are downright amazing, others are hard to believe. In this world of technology, it is difficult to understand what is real and fake on the internet. Also, you don’t have to be a professional photographer to capture an amazing photo; sometimes, a real picture gets captured at the right moment.

It is said that ‘seeing is believing.’ But, if you would go serious with this axiom, you won’t believe these pictures that are posted below. Check out these amazing pictures that are beyond your imagination but are real.

1. Billy Owen - A Cancer Survivor Who Lost His Eye to Cancer and Turned Himself into a Professional Zombie 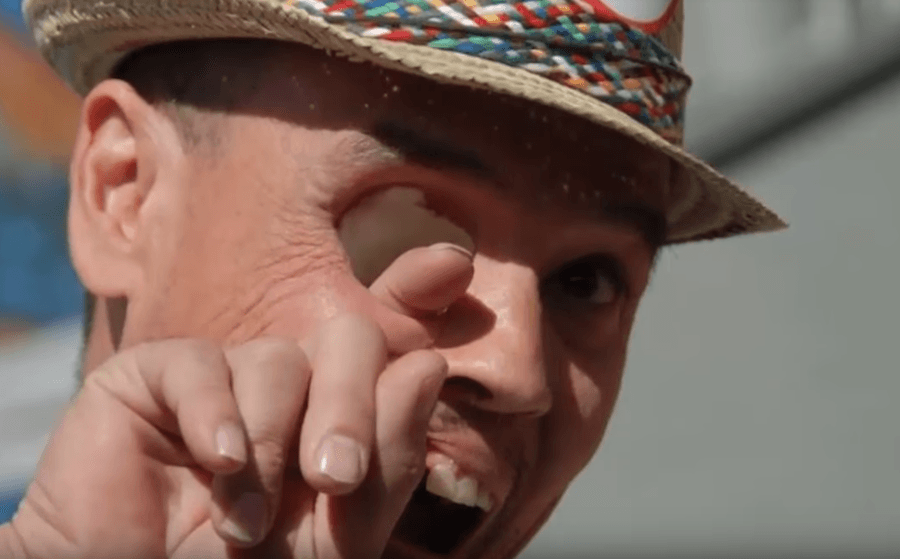 You won’t believe, but this man, Billy Owen, lost his eye to cancer. It was in 2009 when Billy was diagnosed with a rare form of cancer, carcinoma. Most survivors of this cancer have the tumors removed early, but his cancer was diagnosed later. So, doctors had to remove half of his face for his survival. The doctors removed his right eye and muscles and nerves in his nasal cavity.

But he took this tragedy positively and played a zombie in several music videos and films.

2. Carlos Rodriguez - A Man With Half Head 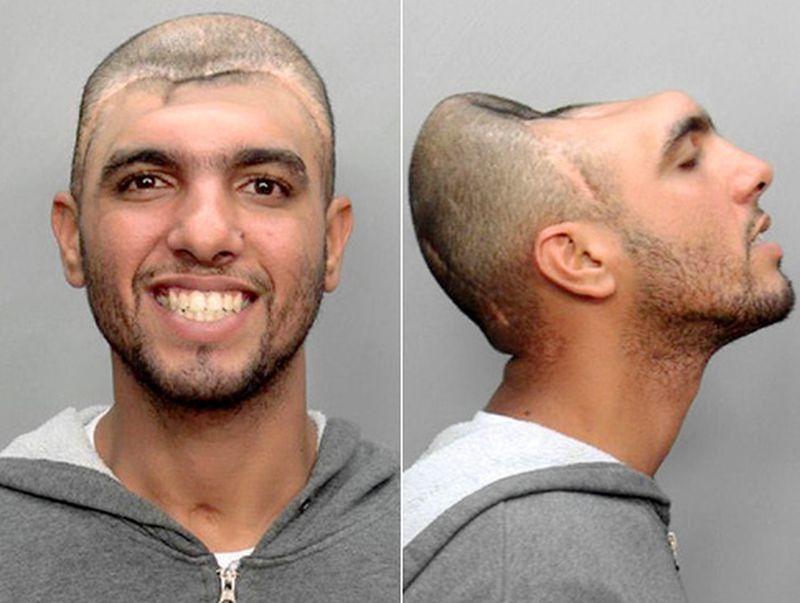 The picture that you see above is real. This man is alive. You would be shocked to know,  according to science, you don’t need a whole head to function. This is the case of Carlos Rodriguez.

Losing your half of the brain through hemispherectomy doesn’t affect your memory and personality. People who suffer from seizures every day undergo surgery. Removing the affected part stops the seizures.

3. Chinese Doctors Grew Another Nose on Xiaolian’s Forehead After He Met with an Accident 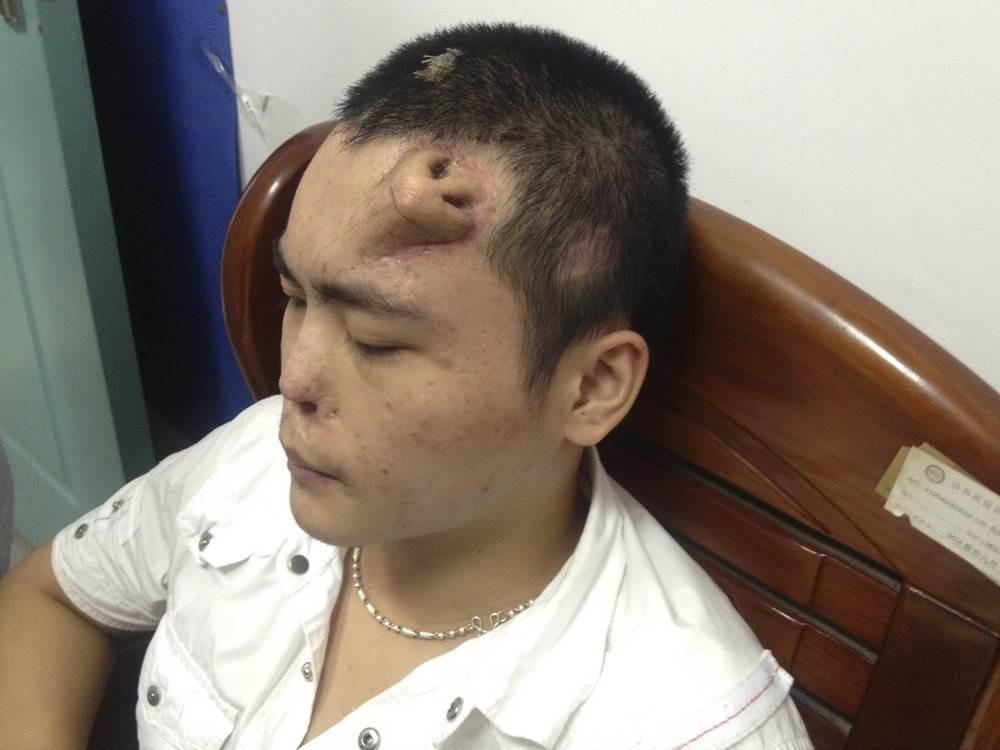 The nose was grown by placing a skin tissue expander on his forehead. It was then cut into a nose shape, and then cartilage, taken from his ribs, was planted.

4. Giant Golden-Crowned Flying Fox, the Largest Bat in the World 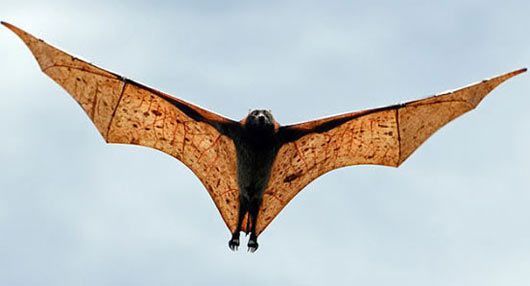 The Golden-capped fruit bat, or better known as Giant Golden-Crowned Flying fox, is one of the rarest species and features long wings. They weigh about 3 pounds and are the largest bat in the world.

They have pointed ears and resembles a fox. This flying fox needs much personal grooming and can’t be owned as a pet.

However, you can own these wild animals as a pet without worrying about their grooming and personal hygiene. 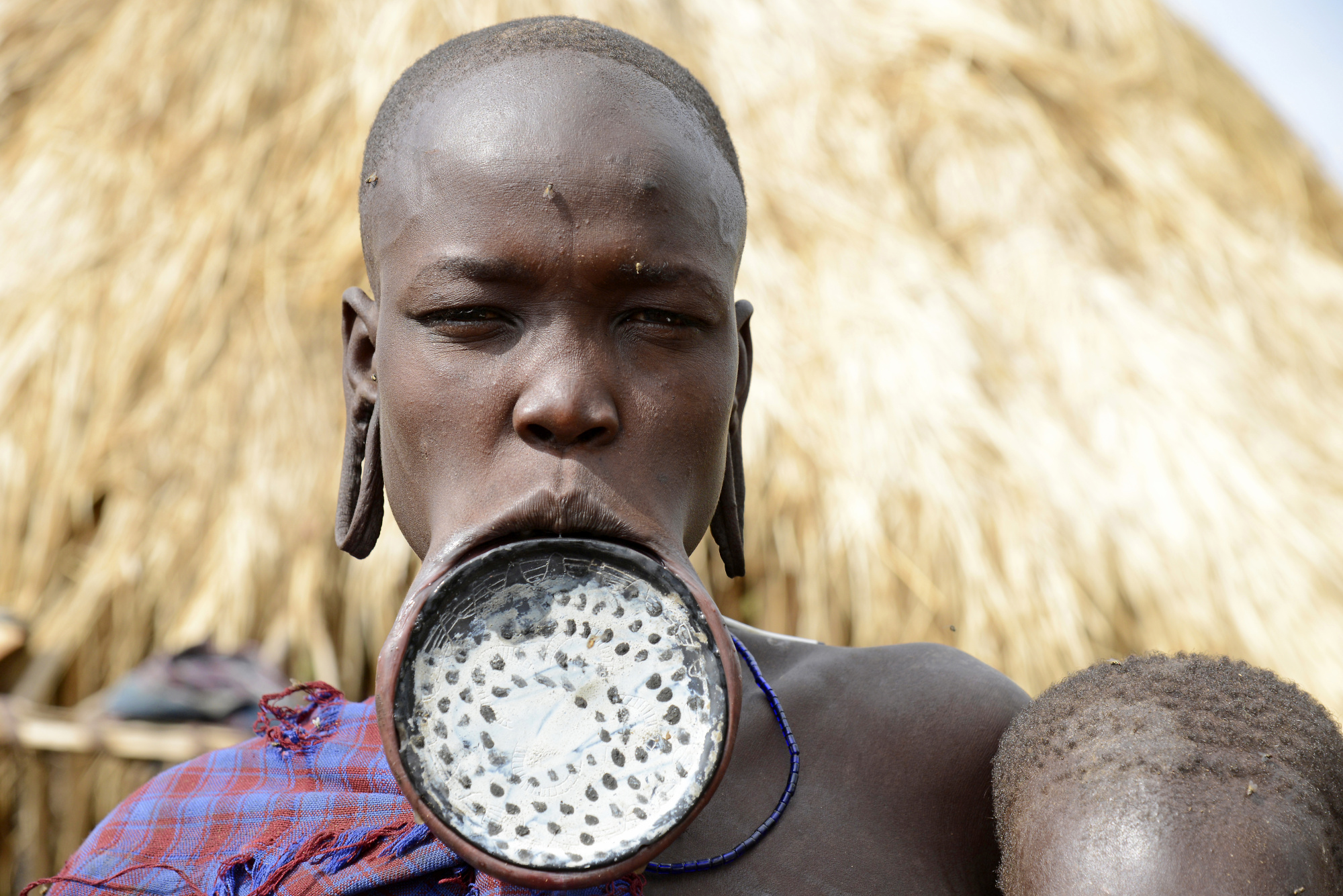 This picture is heartbreaking, but this lip plate is worn by women of Ethiopia’s Mursi tribe. They wear this traditional clay or wooden discs in their bottom lip. Throughout the years, a large plate is inserted into the lips that cause it to stretch.

It is believed that the larger the clay plate, the more the woman is worth before getting married. This is a unique tradition; however, the woman wears this plate for a short time.  The plate is heavy and uncomfortable. Do you know any weird traditions like this? 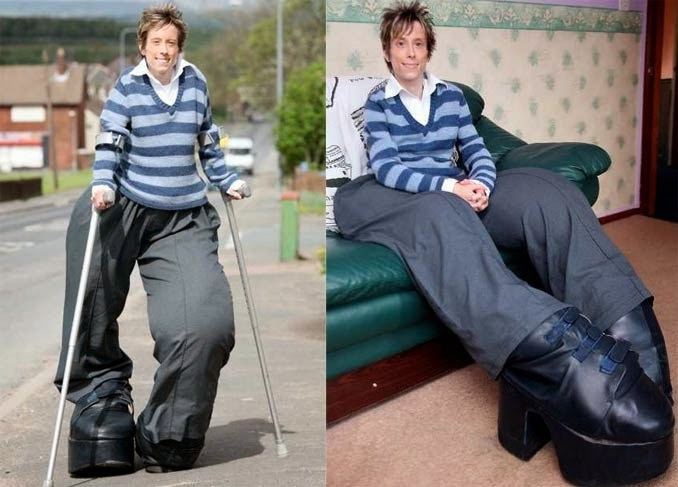 In 2006, doctors revealed that Mandy Sellars is suffering from a rare genetic mutation, Proteus Syndrome. It is a rare disorder that is known to affect only 100 - 120 people worldwide. She was born abnormally with large legs and feet. Her legs continued to grow at a disproportionate rate.

She is interviewed several times for magazines and TV shows and describes herself as a part-time TV star.

7. Mikel Ruffinelli - A Woman With the Largest Hips 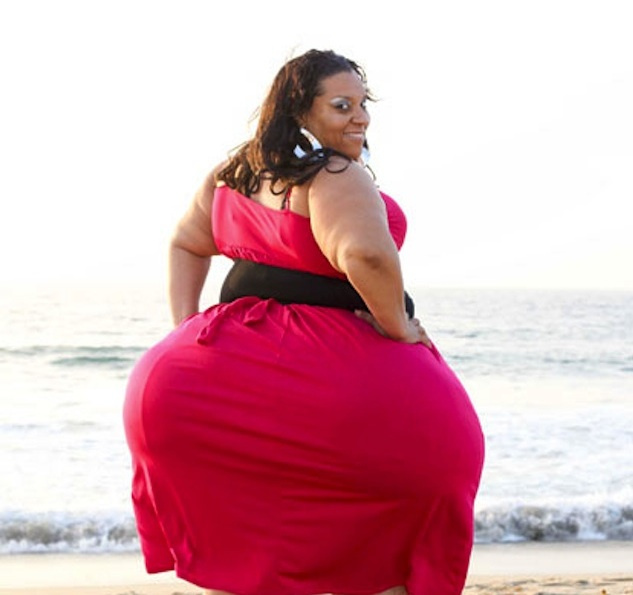 American-Latina woman, Mikel Ruffinelli,  holds the record of the widest hip in the world. She is over 190kgs, and her hips measure 8 feet in circumference. But her waist is 102 cm. She was a normal-sized woman in her 20s but strangely gained weight after delivering her first child. She sleeps on a 7-foot wide bed and consumes around 3000 calories a day.

Earlier, she was self-conscious about her hips, but now she doesn’t feel shy and loves her body. After delivering the fourth child, Mikel’s waist reached 8 feet, and her name was listed in the Guinness World Record for the widest hip woman in the world. Check more strange World Records in the history of Guinness. 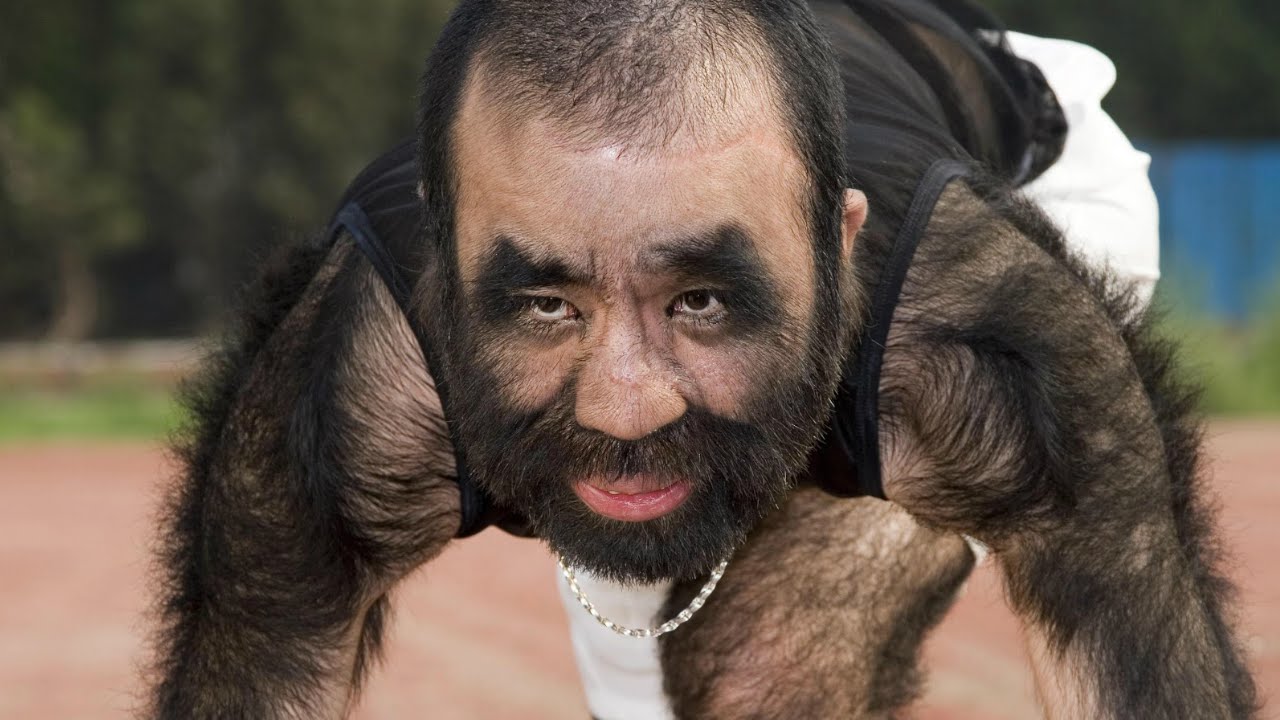 Yu Zhenhuan, a man of Chinese origin, has been nicknamed the Asian WereWolf. You might find this shocking, but Yus’ 90% of the body is covered with hair. From a very young age, he got roles in several films and advertisements. He sometimes finds breathing difficult and listening, because the hair grows quickly, and doesn’t allow him to lead a normal life. He even underwent hair removal procedures through laser technology.

Doctors say that he is suffering from werewolf syndrome. In scientific terms, it is called Congenital Hypertrichosis. He has hair on his body except on the soles of feet and palms of the hand. Unfortunately, this disease is hereditary, so it might be possible that his child would also suffer from this disease. Not only YU, but these children are also born with rare features. 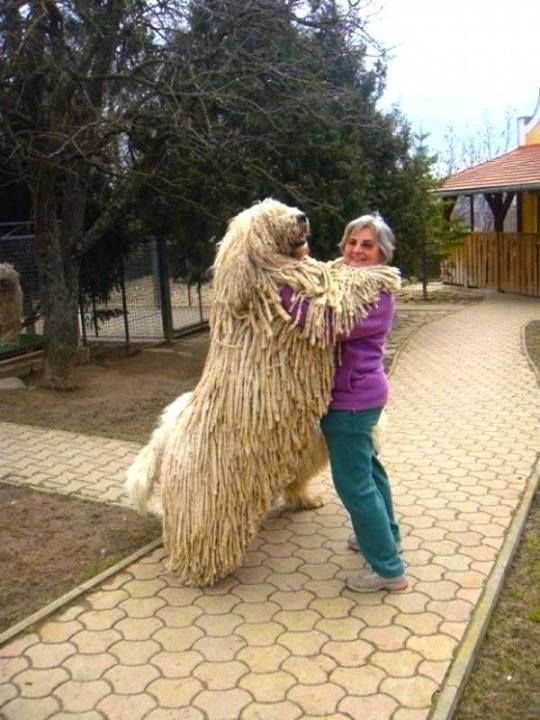 The Komondor, or better known as Hungarian sheepdog, is a white Hungarian breed of livestock guardian dog with a corded coat. It is a mop dog and is usually employed to guard livestock and other property. It was brought to Europe by Cumans and has been declared as Hungary’s national treasure that should be protected.

It is a large Molosser dog and has a minimum height of 70 cms. Its coat is soft and fluffy. Sometimes help is needed to separate its hairs so that it doesn’t turn into a mess. Not only Komondor, but these dogs are also self-employed and earn bread for themselves.

If you are lazy, don’t own this breed. It needs high maintenance. Komondor needs frequent grooming to keep itself clean and safe from predators. But, if you want to own a dog that needs no grooming and needs fewer efforts for feeding, then these low maintenance dog breeds are the best to own. 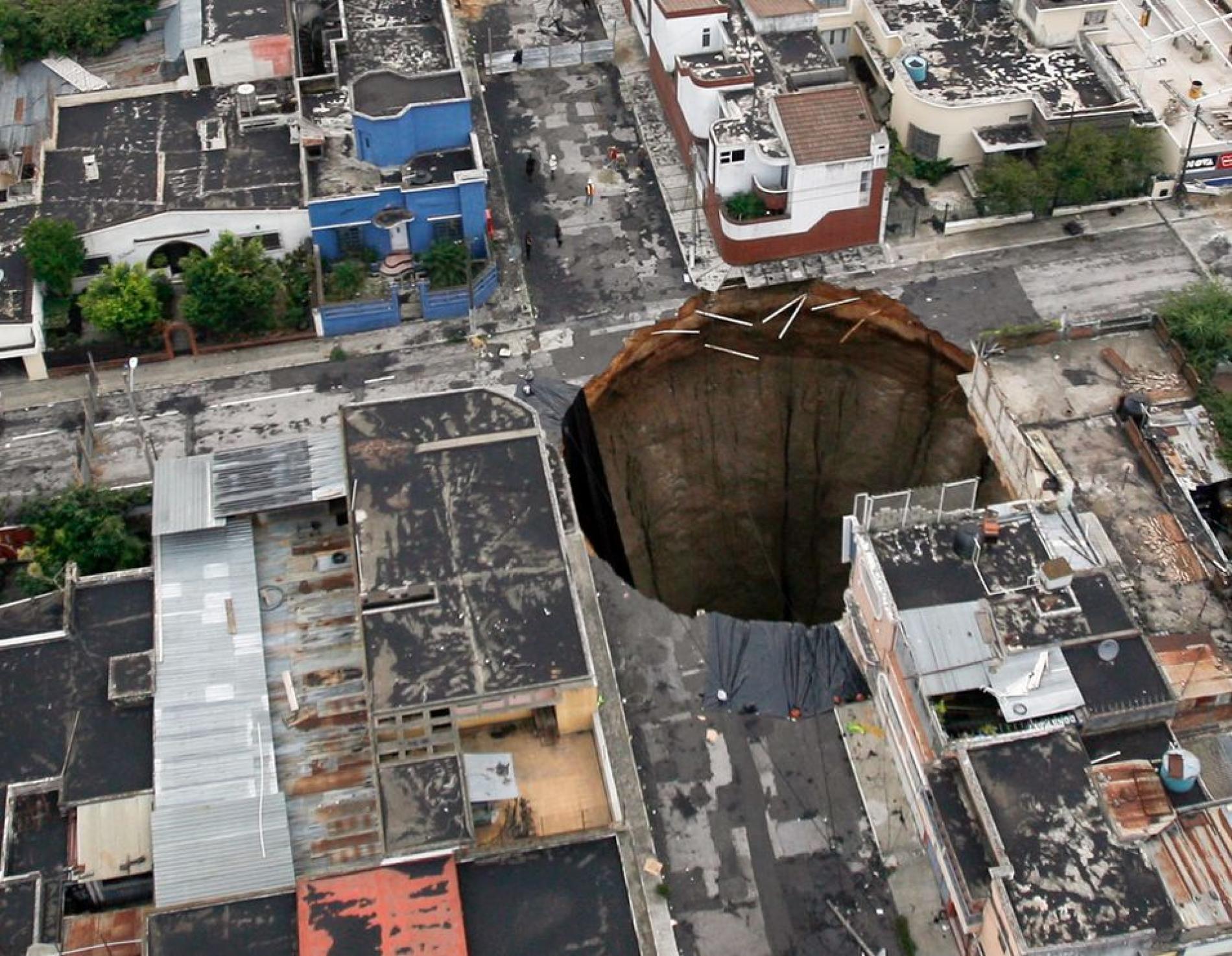 Not nature, but human activity was responsible for the gaping sinkhole that happened in the streets of Guatemala in 2010. The sinkhole was estimated to be 18 meters wide and 100 meters deep. This disaster happened in the region where the first hundred meters of the ground was made up of pumice fill.

This 30-story-deep sinkhole was thought to be triggered by tropical storm Agatha, but later it was reported to happen by human activities. The occurrence of the sinkhole is unpredictable. A similar sinkhole occurred in 2007 and formed a pit 100 meters deep. This is a tragic incident that happened in this city. Check more horrifying cities that you can’t visit alone.

These pictures may look fake but are real.  Have you seen other pictures that are hard to believe but are REAL? If so, share them with us below.

OMG! This Word Record Set by Mr. Zoom for 140 Sec is Unbelievable