OMG! This Word Record Set by Mr. Zoom for 140 Sec is Unbelievable

This man John Edward Doyle aka Mr. Zoom set the world record of popping the eyes out of his sockets and keeping it like that way for 140 seconds. 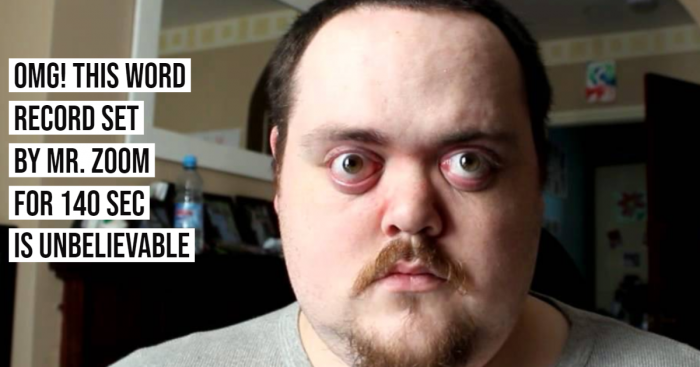 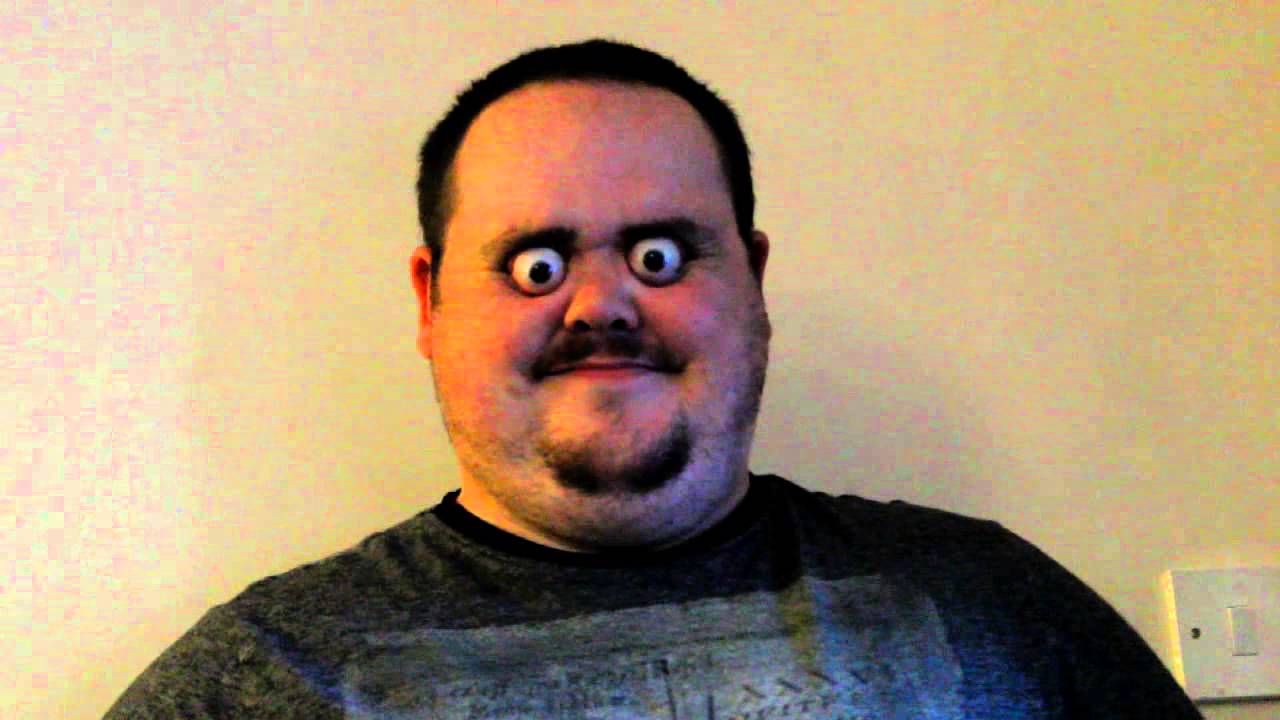 Liverpool man John Edward Doyle shocked everyone by popping his eyes out of the head. He was seen doing this by his daughter Ruth, wife Becci, and mother Jane at the Vincent Hotel in Southport. Unfortunately, he couldn’t set a world record as his popped eyes couldn’t be measured officially to set a world record.

Two professionals attempted to measure his record, but he popped eyes more than they could measure. The old world record was set at 12mm, and it is believed that he popped out 14mm. The device used to measure his eye pop couldn’t measure the exact distance, so his bid was not counted.

Once in an interview, John said -

“I found out I could do this two years ago when I was sat in the pub with some friends.”

“I started doing it just for fun, but then people said I could get something out of this.”

“I'm disappointed not to have taken the record tonight, but it's encouraging that it was off the scale. I'll try again.”

Mr. Zoom has Thousands of Views on His YouTube Channel 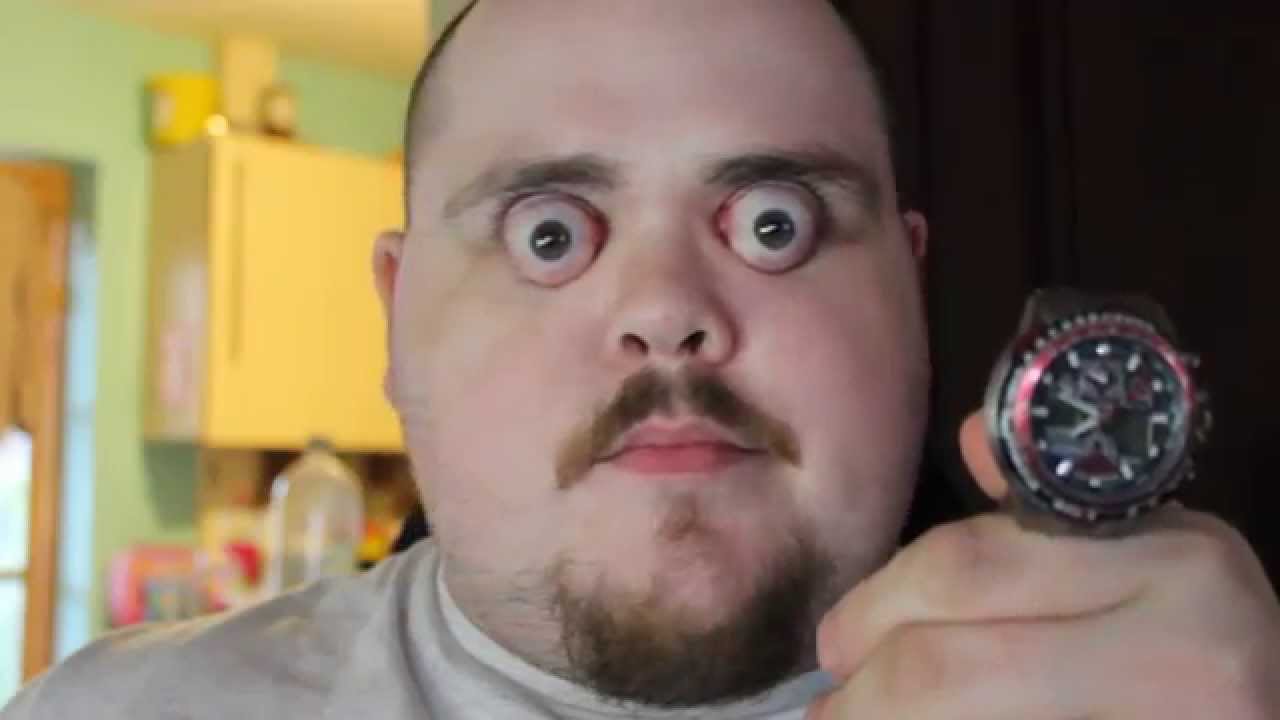 People have given him a new name, Mr. Zoom. John Edward Doyle also has a YouTube channel with over 800 subscribers. He posts his eye-popping videos on the channel and has thousands of views. He even got thousands of emails every couple of hours and was invited to get featured on TV in America, and Ripley’s Believe it or Not approached him. He never expected to become popular this way and in such a less time.

He became a YouTube sensation after posting videos of popping eyes and said to claim the official world record. Guinness World Records have strict criteria, so it is difficult to meet their standards. He popped his eyes in Japan and believed that set a world record for how far eyes can come out, but due to the language barrier, his act was not recorded accurately.

Does this hurt him? No. John reassured his viewers that this act doesn’t hurt him, and even does not damage his eyes. He hopes that he could make a career out of this unique talent. He even talked to a few people in London to look for future opportunities but hasn’t planned anything.

Take a Look at the Video by Mr. Zoom of Popping his Eyes Out of the Head:

TBH, this act of him looks painful, but there’s no indication about his record on the official Guinness World Record. He believes that he broke the record which was set by American woman Kim Goodman, who popped her eyes by 12 mm. Despite getting so many views on the video, John hasn’t uploaded any new video for a long time. He is doing quite good, but it is risky as well. We hope that the Guinness World Record team would call him one day. 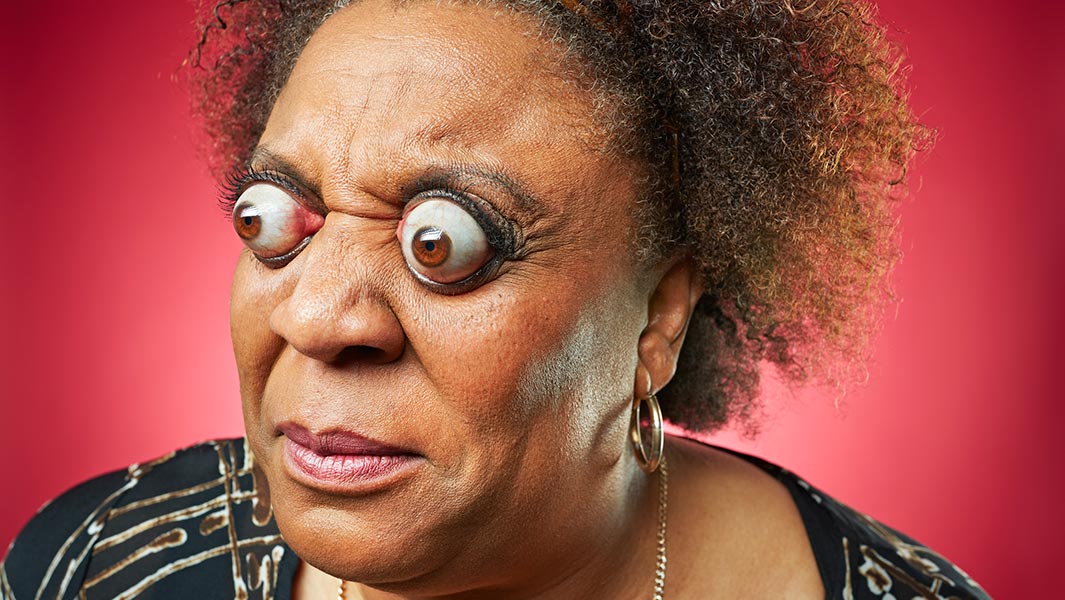 Claudio Paulo Pinto sets a national record for popping eyes for about 0.7mm, i.e., 0.3 inches according to RankBrasil. He now seeks to get international recognition for this talent. He was first measured by an ophthalmologist in January 2006. Since then he has improved a lot and could pop his eyes for about 6-7mm. Pinto’s ability is called globe luxation. Doctors say-

“It can strain blood vessels and nerves between the eyes and the head and feels unpleasant but usually doesn't cause lasting damage.”

Pinto says that this doesn't hurt him.

She discovered this talent when she got hit on the head by a hockey mask. Her eyeballs popped out than usual, and since then she could pop out them anytime. She also appeared on the popular show Late Show With David Letterman. It was in 2014 when Guinness World Record included her name on their 50th anniversary in the list of top ten ‘feats’ of all time.

No doubt people can do anything to earn fame, but they should be aware of the harm and injuries they could have after doing the crazy stunt.

While some people do this to gain attention, others inspire individuals to try their level best and not to feel inferior to others. For instance, differently-abled Martin Tye got paralyzed when a suicide bomber drove into his vehicle. He attempted the heaviest seated deadlift and also set a record for picking up 505 kg weight.

This was shocking. If you ever plan to do something like this, I warn you not to do that. It can be risky and dangerous. Creating awful records like keeping the longest fingernails is fine, but popping eyes is not cool. I hope that his record is safe and he would get more recognition. No one could pop his/her eyes for such a long time.

Do you also want to set a world record? How will you do that?  Also, tell us if you have ever seen someone going crazy for making a record and how was your reaction to it. Share with us below.