You will start from looking for faces but you will be glued on the images because of the fine work that it took to integrate those faces in such complex images. Pure artistic beauty to behold. 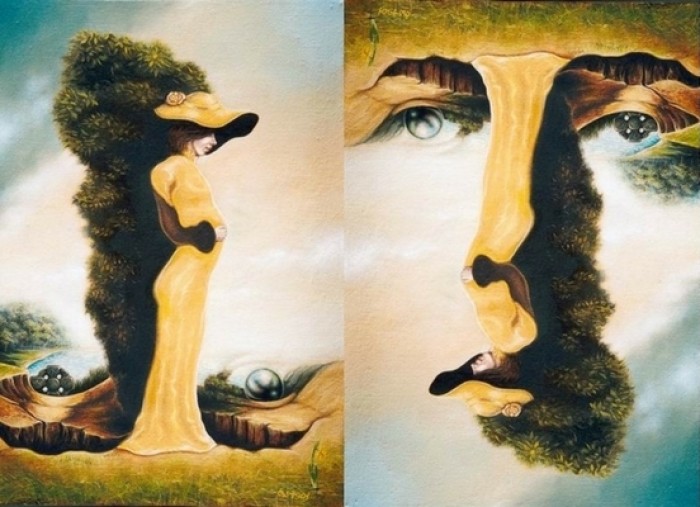 Human brain can only take so much, it can look at the things with one perspective that brings only one and prominent picture to our eyes’ focus but as people said once that “There are two sides to everything, and it is not all that you’re able to see but the tip of the iceberg”

Optical illusions also work in a similar way, it makes you focus on the part that’s easy to comprehend but ignore the part that is hidden in plain sight.

Let’s have a look at some of best mind-blowing optical illusions.

1) Can You Find The Faces In The Forest? 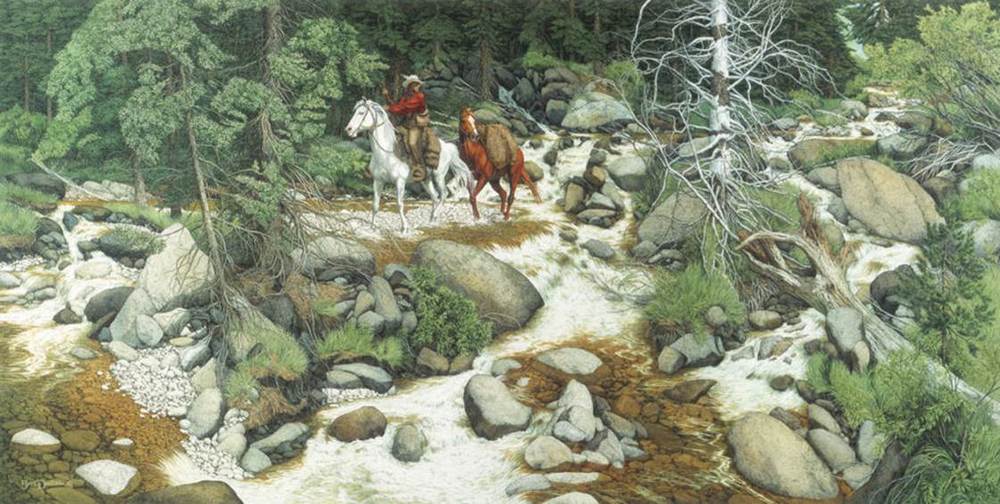 The closer you look, the more faces you will find. There are so many that you it will drive you crazy. 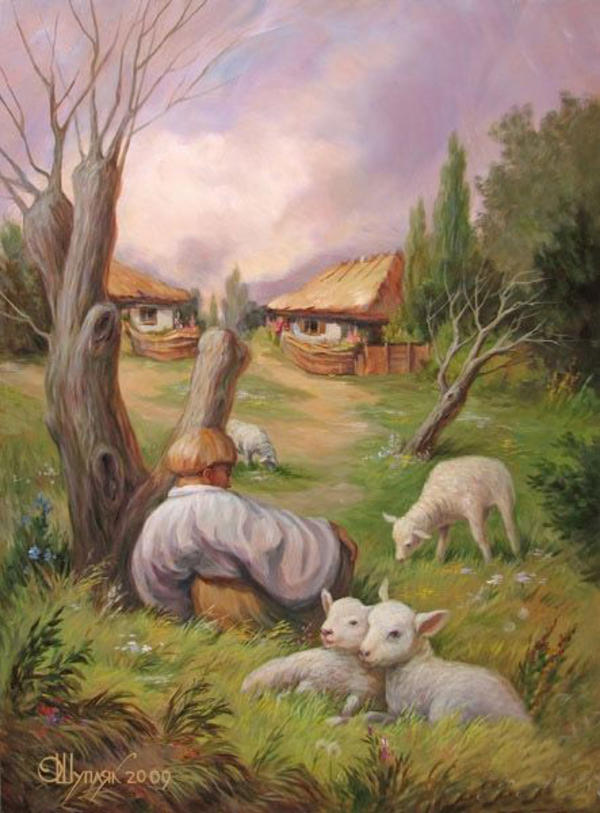 The two huts are not just huts but eyes of an old man.

3) Face Out Of Reflections 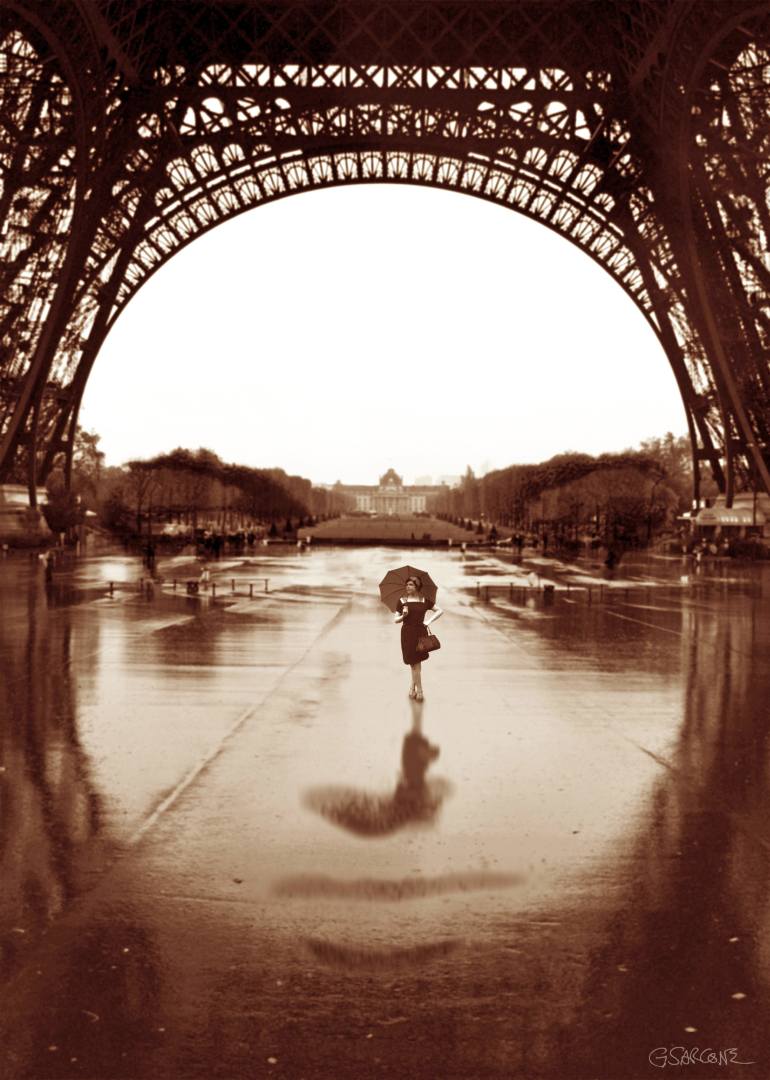 The arches of the Eiffel tower makes the silhouette of a face while the lady with the umbrella makes the nose of a person. 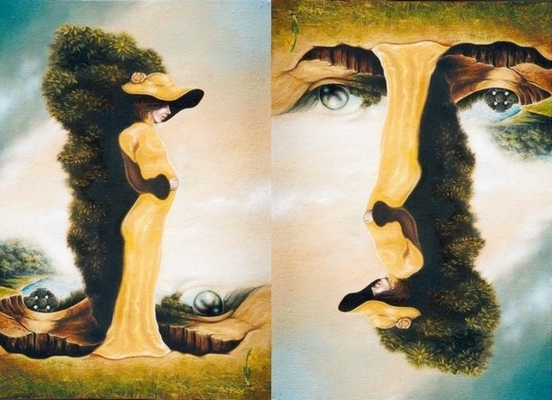 This picture is beautiful, to say the least. We saved you the hassle of flipping your monitors if you're watching on your work PCs. 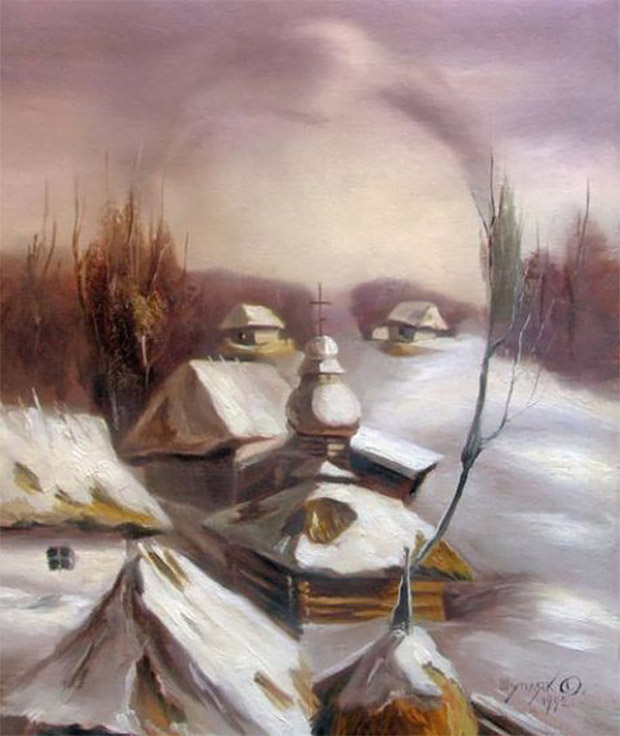 If you look closely the Hair is made of clouds and the goatee is made of scraped snow. 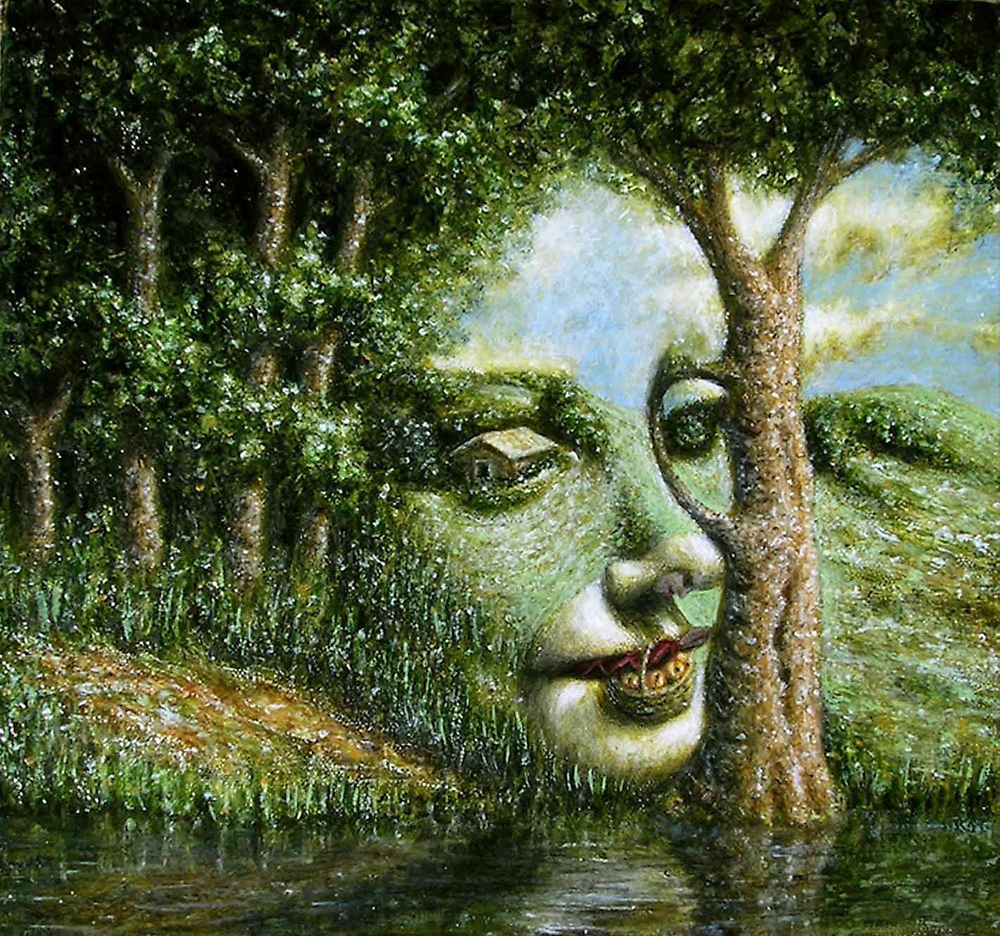 It is just a simple illusion but the picture has an element of serenity with an illusion that seems of a woman.

7) There Are More Faces Than You’d Imagine 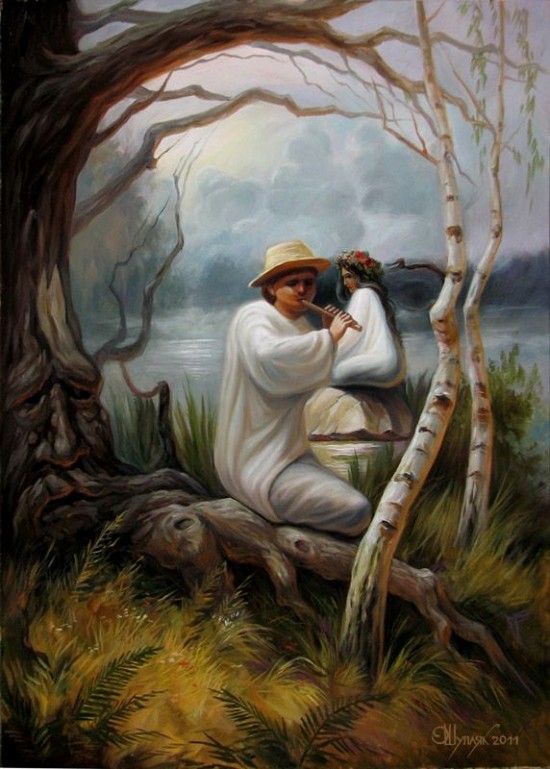 One of the most commendable works featured in the list, the illusion doesn't seem forced, it's just there effortlessly non-enunciated. 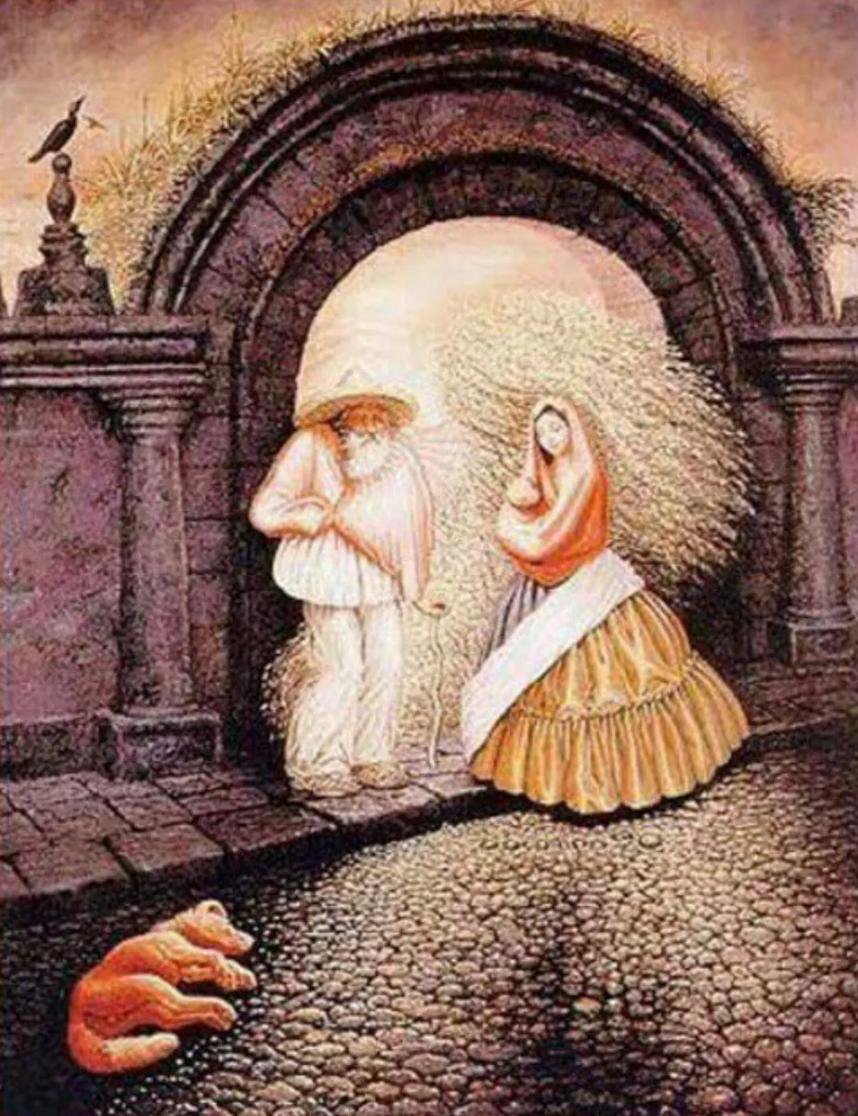 The hidden picture of an old man is a combined illusion of a man and a woman. The dog in the street makes for the old man's hand resting on his chest.

9) If You Look Closely Faces Will Emerge Out Of Fire 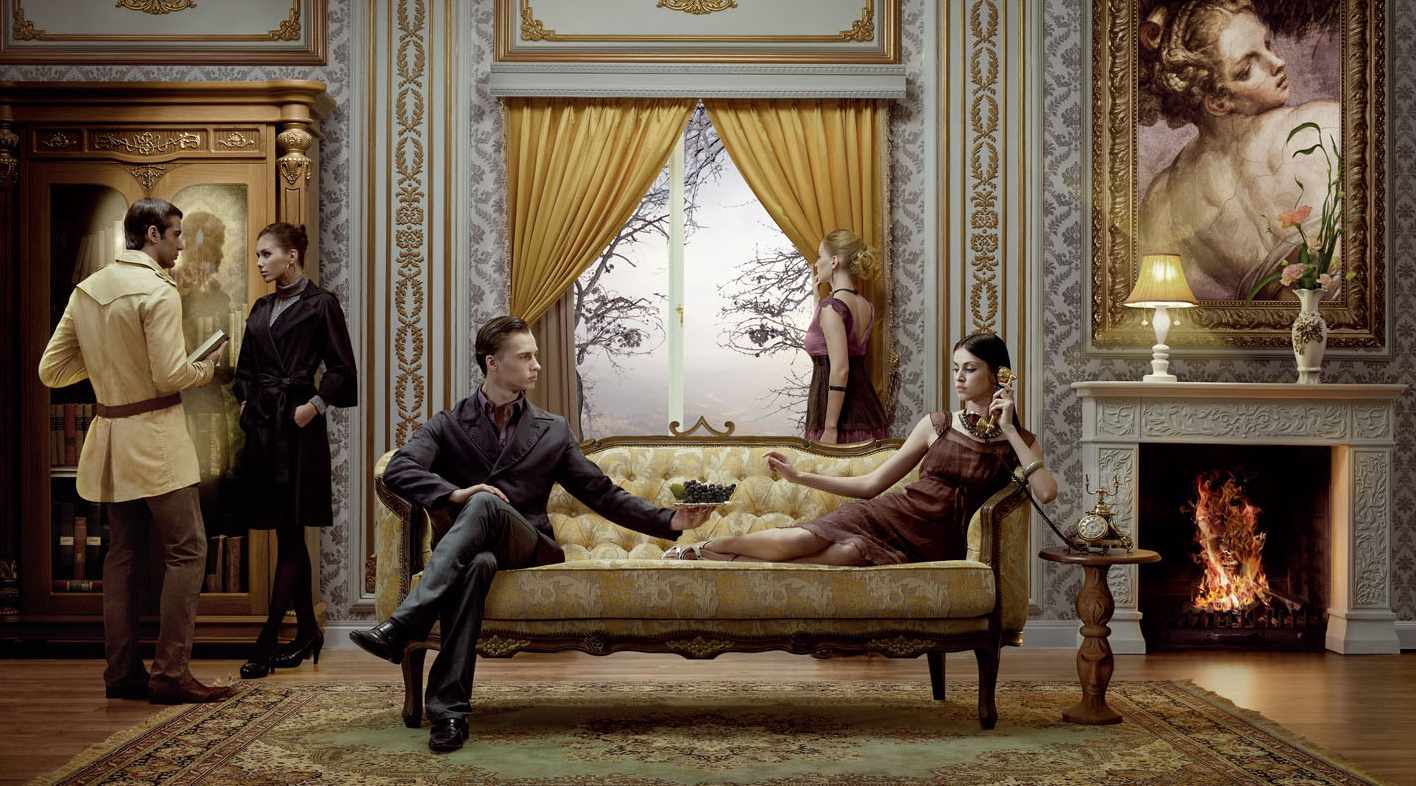 This picture is taken from an LG commercials, where they were trying to show off the ability of face-detection on their mobile device's camera. Making claims that it can detect up to 16 faces with this picture as an example.

How many can you see? 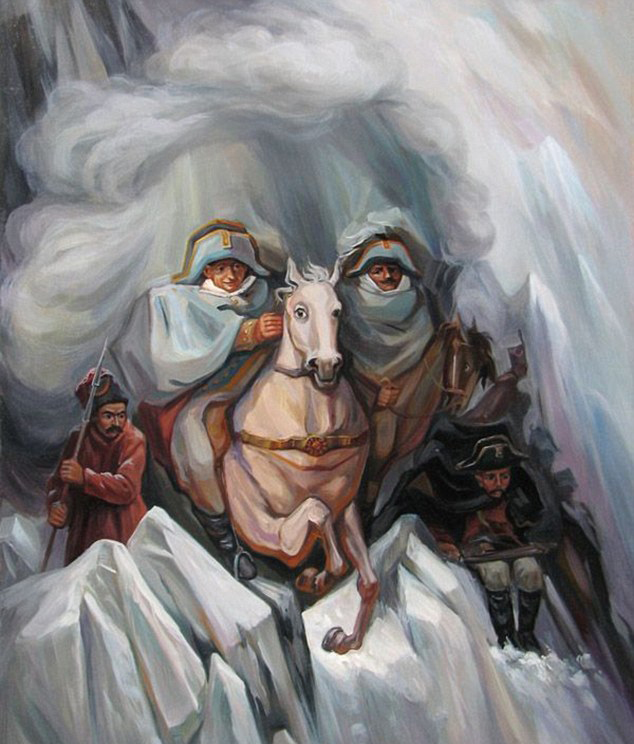 This one here is really subtle but the illusion of hidden faces does its work. 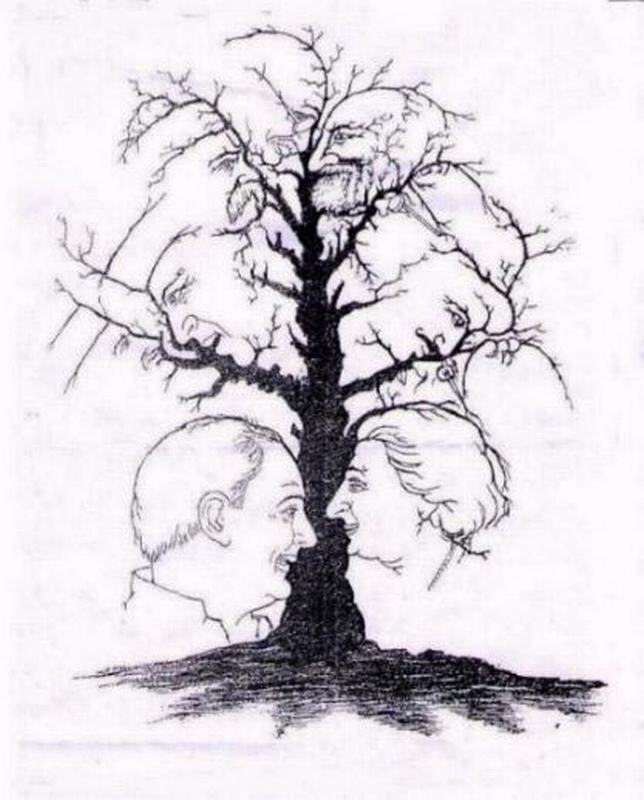 This picture consists of 10 prominent figures who played a vital part in Indian Independence.

12) Surreal Illusion Made Of Human Bodies 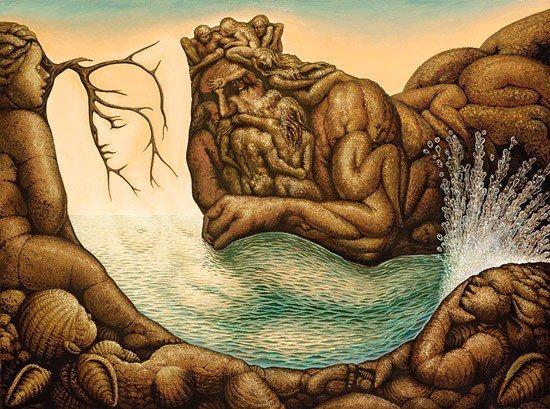 There's an element of peace within this illusion made of bodies to create bigger bodies and the mermaid in the middle made of water is just creative genius. Kudos to the creator. 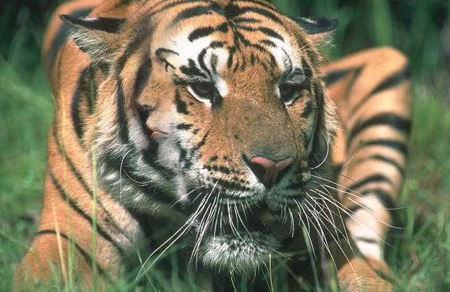 Source = Comicsandmemes
This illusion is a result of the creative use of picture manipulation software where a face of a woman is layered onto the face of the tiger. 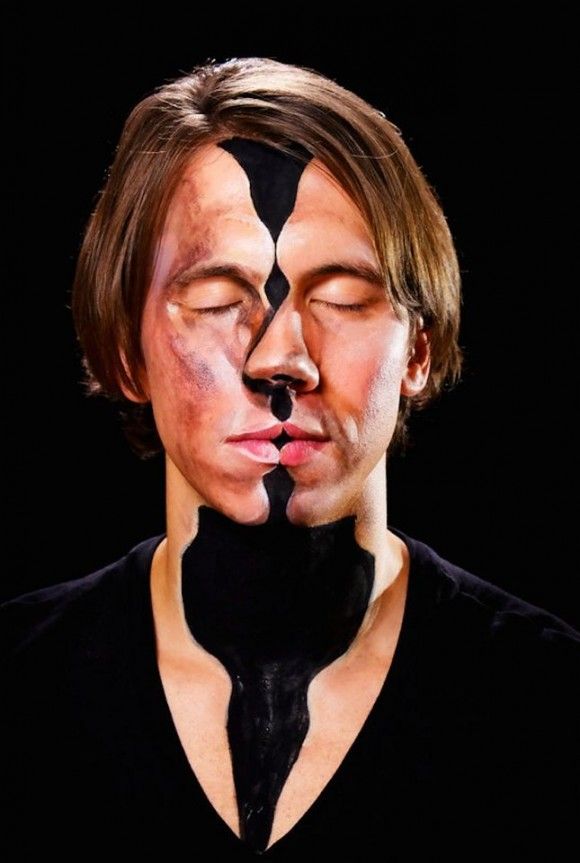 Source = Pinimg
This make-up based illusion is mind-blowing to put it in simple words. The use of black paint for shadows and other shades for highlights creates an illusion of two separate faces facing each other, while the mind tries to make a simple image of the prominent face facing us.

The Waves ripples through the coast making an illusion of a smiling face of a man who is facing the shores. The image was a result of tourism campaign.

Give yourselves a little treat on our behalf, if you succeeded in finding all the faces hidden in the pictures

5 Best Uses Of Scrap Metal - Recycle And Get Cheaper Products