Poems are a way to express feelings in the form of verse. Some poems are written in such a way that tells us where we are and where we will reach. Some of them will introduce you to a new vision and some will make you reach some conclusions. Poems heal feelings with its positivity.

It creates the atmosphere pleasant and fill us with colors of enthusiasm and happiness. Poems are written in every genre. Poems have the potential to attract the audience towards it. Poem lights the era with its verse. Here are some poems which will indulge perseverance in the human being. 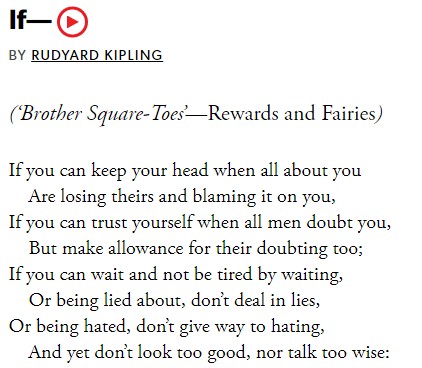 This is Rudyard Kipling most famous poem. In this poem, the poet focuses on the things which he is trying to change the thinking of the person. He explained that whatever the condition may be, a person should treat the odds and evens as same as Triumph and Disasters.

He had laid emphasis on to every circumstance in which the person should never lose hope and keeps on overcoming all the hurdles. He gave the message of perseverance which needed to be kept in all situations of life. 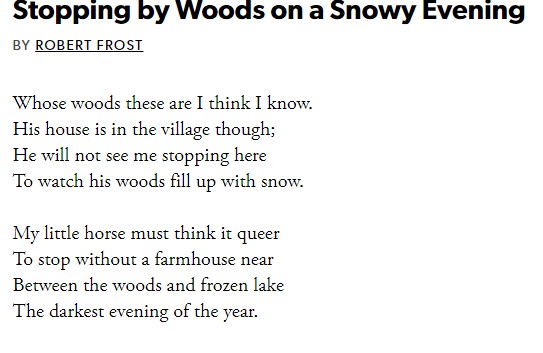 Here the Robert Frost has confronted two situations. The one in which he can either forget his problem and in the other in which he keeps on moving by following the responsibilities and making the most of it. He has unveiled the thoughts of the person in such a way that it reveals how much difficult is to take the decisions. He stresses the importance of perseverance in life and also encourages the readers to confront the fears.

He manifest perseverance in the rhythmic style. He motivates to struggle and work hard to achieve the ambitions of life. He inspires them to never give up at any cost even if the destiny is millions of miles away.

3) See it through- Edgar Guest 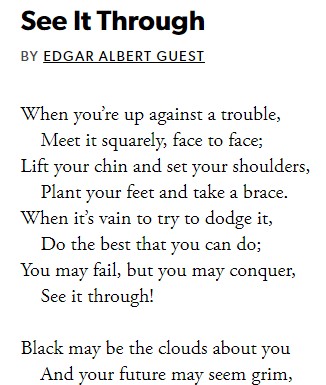 Edgar Guest is the famous American writer who is known for the poems which signifies the sentiments of the human beings in their lives. He has written an ample amount of poems in his life time. Here the poet is trying to stress on perseverance. He is inculcating the spirit of fighting and to pass all the hurdles which come in the way.

If you are getting defeated continuously many a times. Still try it harder and keep up the spirit high. The speaker tells it readers never to get disheartened.  He says continues effort will help you to be successful and conquer in everything ahead in life. 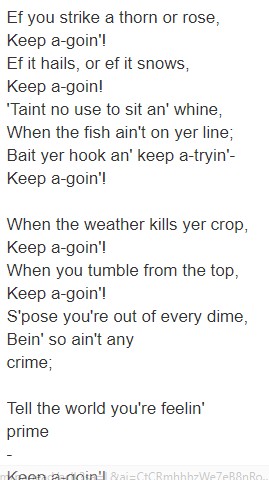 The Poet, here describes that hurdles and success are part of life. One should not get affected by it. Instead, he should have a sporting energy to fight strongly with all the efforts. He describes it by saying even if you encounter good things you have to be ready to move ahead. And if you get surrounded by darkness, you have to keep on going. In this way, he keeps the value of perseverance in the whole poem. 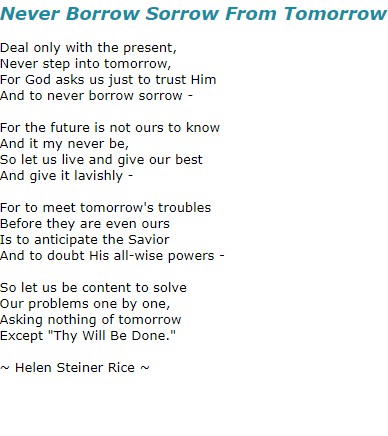 Helen Steiner Rice is an American English Poet who basically writes his poems on Faith and Perseverance. He says it in the lines of his poem that the person should not get worried by thinking of things such as what will happen tomorrow. Instead, he must have trust in God and keep on crossing the difficulties of life.

Finding the solutions to problems will definitely lead us to the best solution. But what is most important is to have perseverance in life.

6) It couldn't be done- Edgar Guest 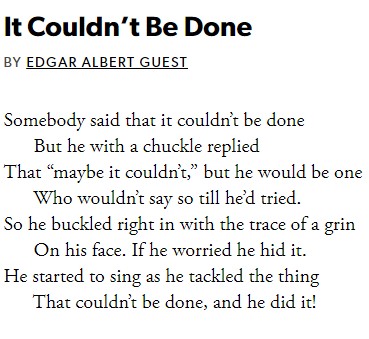 Another one of the most famous poems "It couldn't be written" is written by Edgar Guest. This is an inspirational Poem to bring about the best in you in spite of facing challenges in life at each and every step you take. He is insisting the people not to quit and work to overcome all the difficulties with self-belief. He has written most of the poems to imbibe the knowledge about perseverance.

If a person believes that he can achieve things without having a quality of perseverance then for sure he will not get success. For everything, it requires having perseverance and dedication at each step. 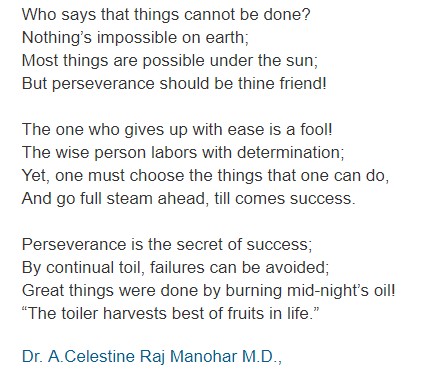 In this poem, the poet is trying to build motivation amongst those who have lost hopes in life. He encourages saying nothing is possible in this world. Work for success each day harder and harder. Hurdles are part of life and when we overcome them. We Will, be on the top of the success ladder. Never stop moving ahead in life. 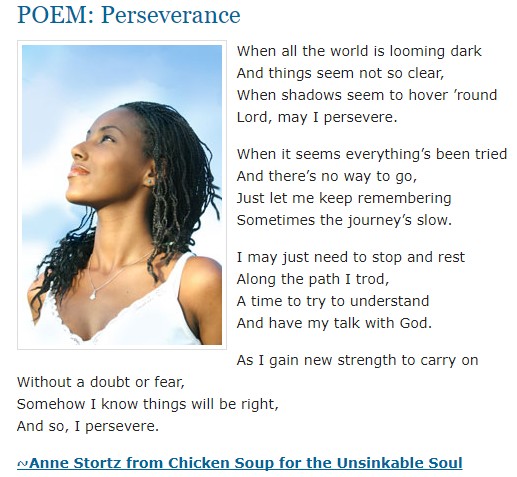 In this poem, the poet is trying to emphasis to be a person who has perseverance at every step in life. If life is surrounded by the sorrowful thoughts then she says this night will also get replaced by new day with perseverance. So, If things are tough and hard to achieve still keep the journey on. As sometimes the journey is slow to reach the top. 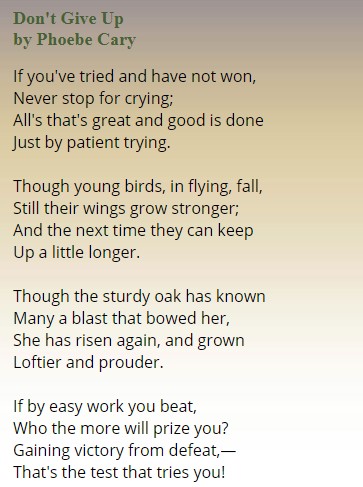 Here the poet is trying to inspire and motivate to work hard and try again and again until you achieve your dreams and aspirations. She says, that on should not give up in any condition. The barriers are a part of life. But the one who does not fear and grow stronger by the obstacles. One day he will win in life.Gaining victory after getting defeat is what makes difference in life.

10 Unique Cross Tattoo Designs For Chest With Their Meanings

While tattooing seems to be a trend, it’s far more than that. In fact, it’s an art. If you are also a tattoo lover and are looking for some of the best chest tattoos for men, then keep scrolling for an exclusive collection of cross tattoos.