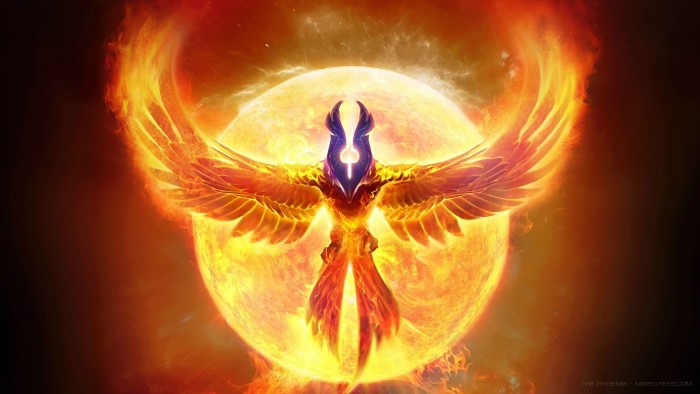 In Greek mythology, the Phoenix is a creature that resurrects from its ashes after it has ceased to exist in a show of flames. If Mythologies were to taken into account then a Phoenix can live up to 1400 years.

In the historical record, the Phoenix "could symbolize renewal in general as well as the sun, time, the Empire, metempsychosis, consecration, resurrection, life in the heavenly Paradise, Christ, Mary, virginity, the exceptional man, and certain aspects of Christian life"

Apart from mythological references, Phoenix can be seen influencing the modern Pop-culture. You can see the Phoenix in movies like Harry Potter And The Order Of Phoenix, one can also see Tattoo Arts and Jewelry based on this magnificent bird.

Fawkes In Harry Potter And The Order Of Phoenix Fawkes was a Phoenix who was owned by Albus Dumbledore. Fawkes lived with Dumbledore at Hogwarts Castle for a large part of his life. He was instrumental in helping Harry Potter defeat the Serpent of Slytherin, bringing Harry the Sword of Gryffindor, blinding the basilisk, and saving Harry from the venom with his tears.

Phoenix In The Form Of Tattoo Art

Getting a Phoenix tattooed on your body is a nice tattoo idea because the Phoenix is not just a fancy looking bird it has a rich history and meaning behind it.

So if you’re someone who never backs down and looking for a tattoo that says that “Even if I fall down I will get back up again” then Phoenix is what you want to get inked with.

Take a look at these 5 super cool Phoenix tattoo ideas

Something Monochrome On Shoulders 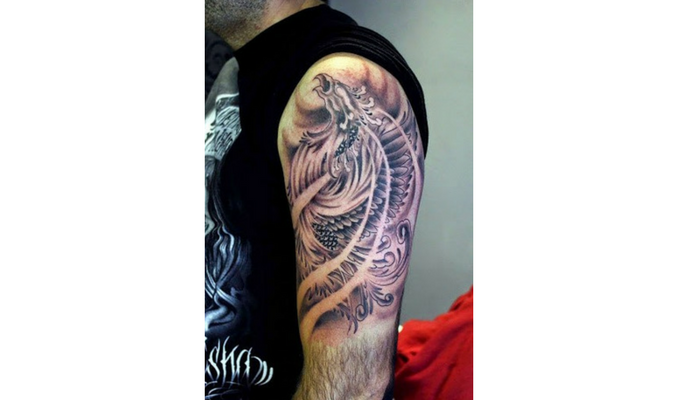 An Extravagant Full Back Tattoo 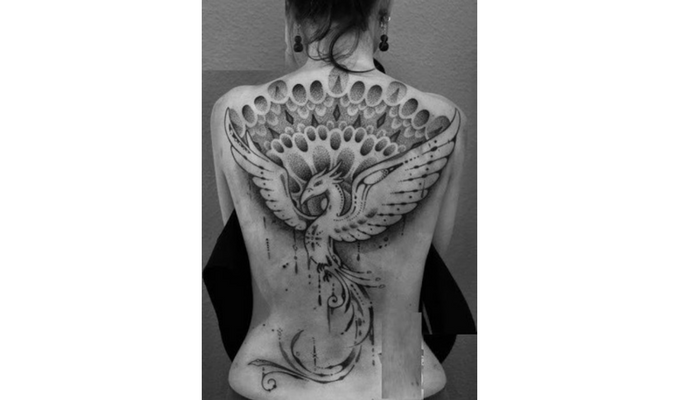 Or A Simple Tattoo 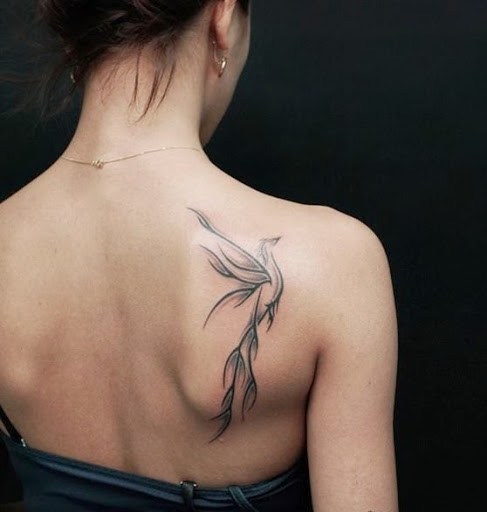 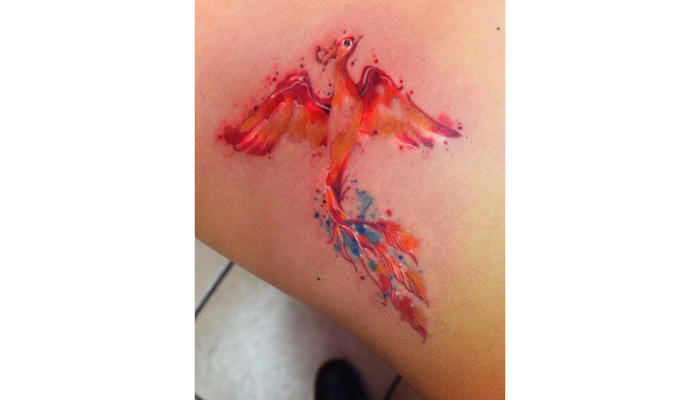 There Are A Lot Of Creative Options Too 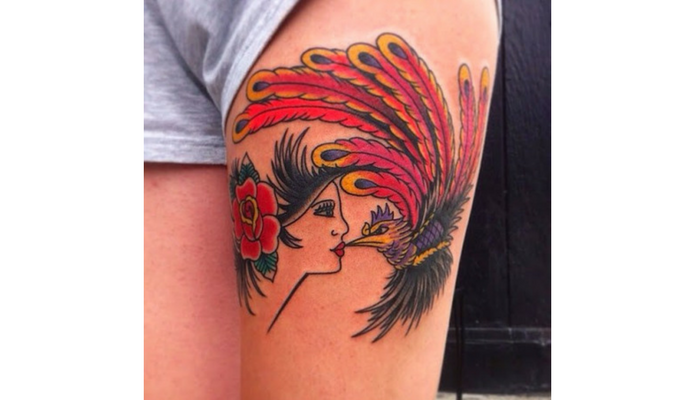 Phoenix has also inspired accessories and jewelry; be it medieval or modern. The depiction of Phoenix is so grand and magnificent that if it were not converted into any art form, it would have been a shame. 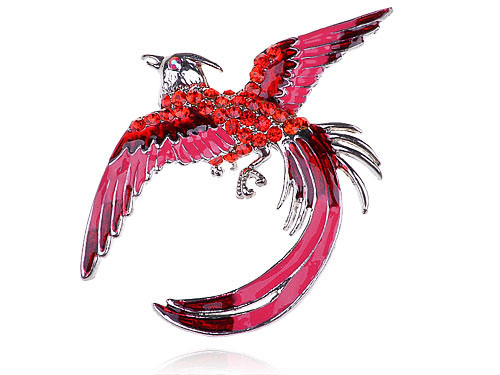 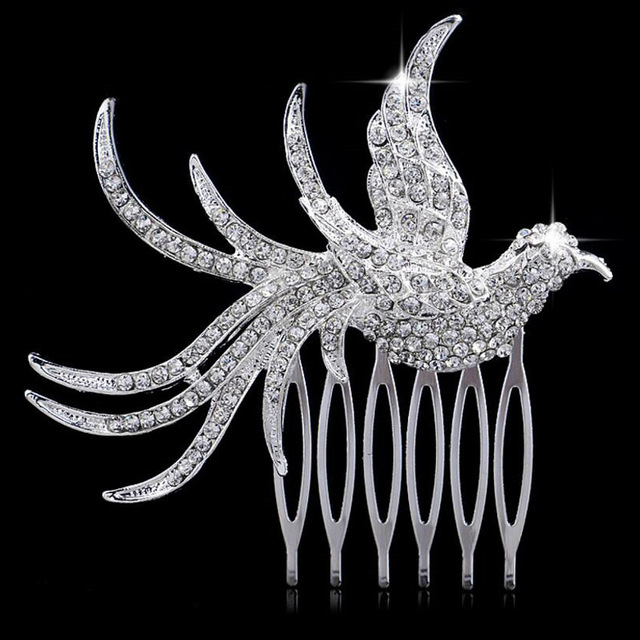 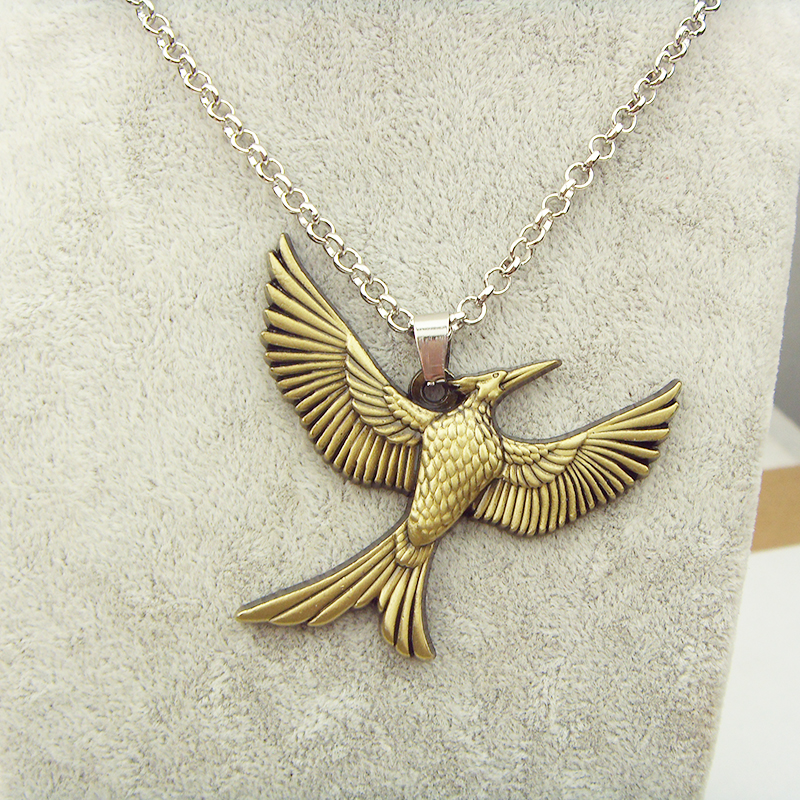 This Is One Classy Phoenix Neck Piece 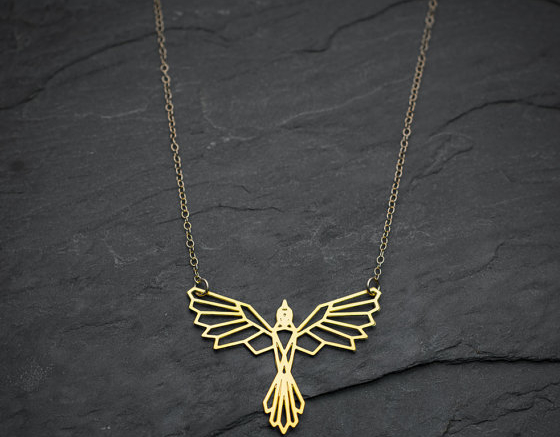 This One Captures The Flames Of Phoenix 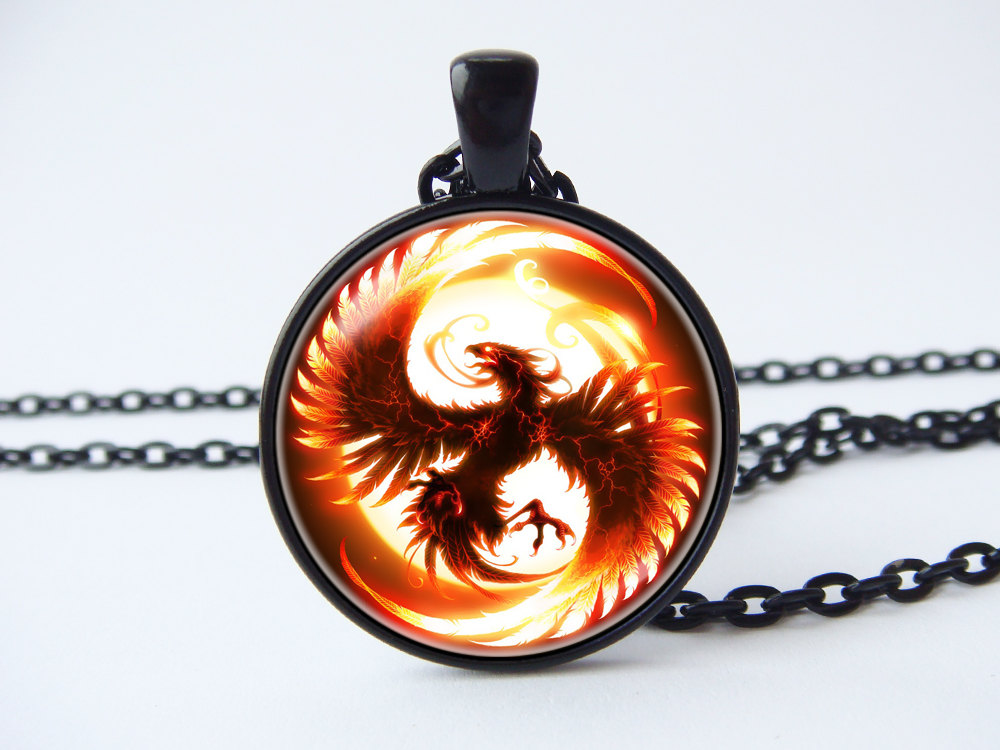 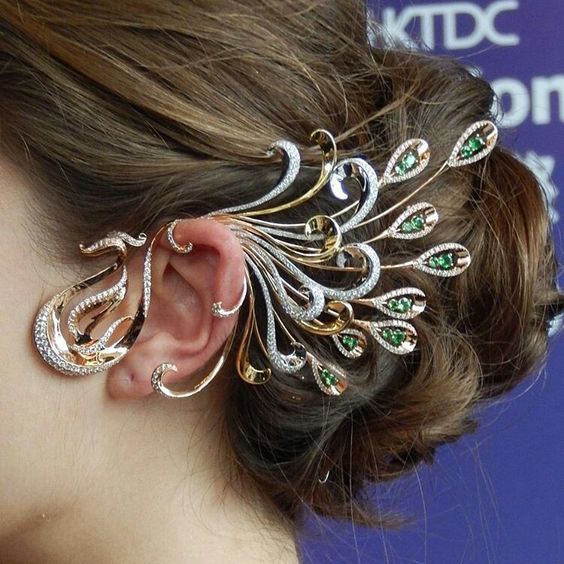 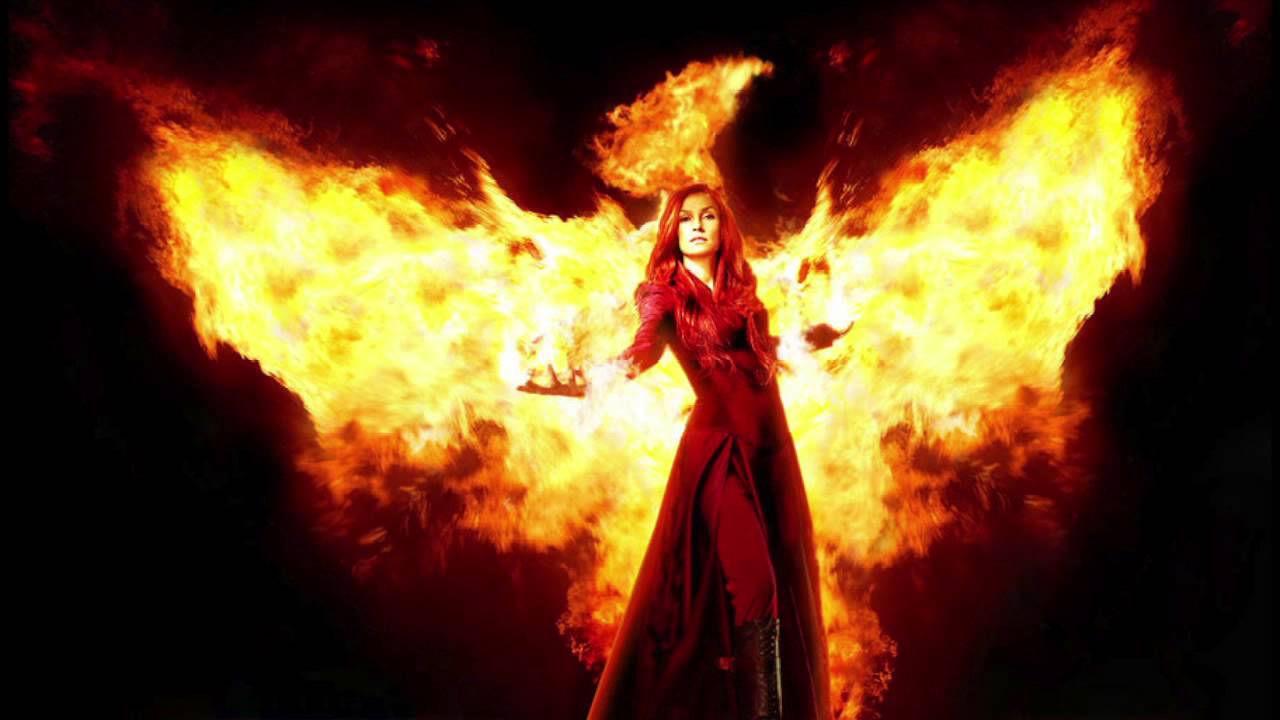 In the popular comic series X-Men, the phoenix is cast as a cosmic force which grants its hosts phenomenal telepathic and telekinetic power which often takes the form of a flaming bird of prey, as well as allowing them to come back from the dead. The Phoenix is most closely associated with the X-Man Jean Grey, her alternate reality daughter, Rachel Grey and her adopted granddaughter, Hope Summers. 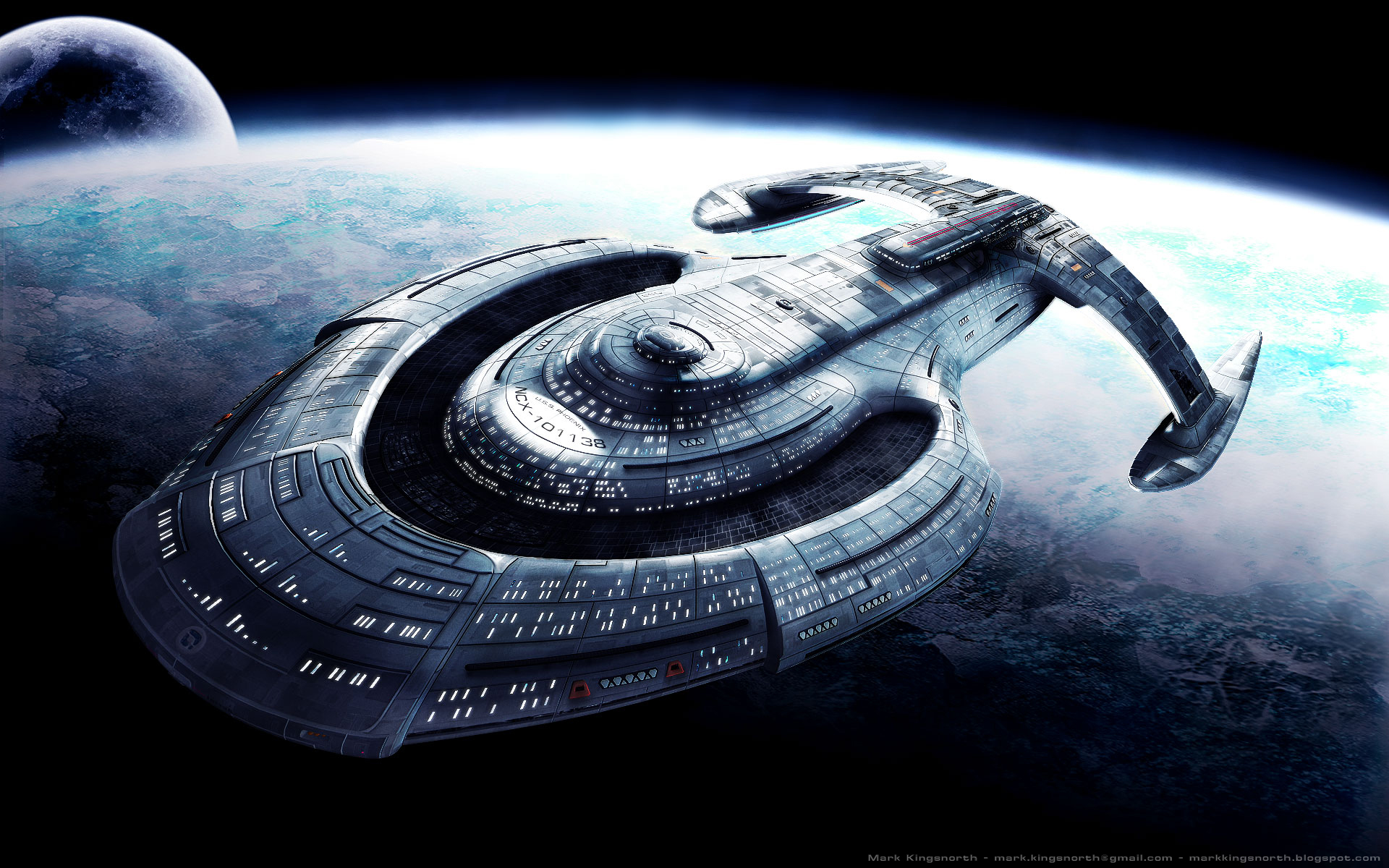 In the Star Trek universe, Phoenix is the name given to the first man-made spacecraft to travel faster than light. It is named Phoenix because in the Star Trek timeline, the Earth was still recovering from the ravages of World War III, and represents a reborn and bright future for humanity. There was also a Federation starship called the USS Phoenix. 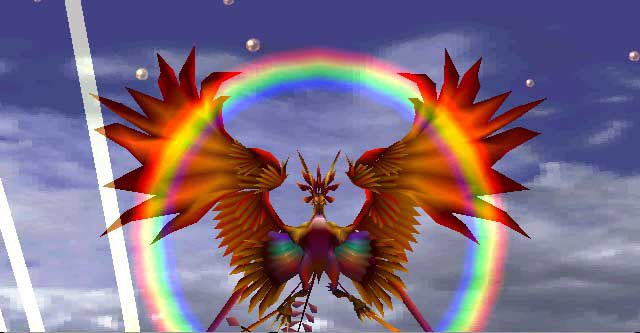 Phoenix is a recurring summon in the Final Fantasy series. It generally deals fire damage to the enemy and resurrects any fallen party members at once, and on occasion will raise its summoner upon KO. The item commonly used for returning a character to life during battle is also called a Phoenix Down. 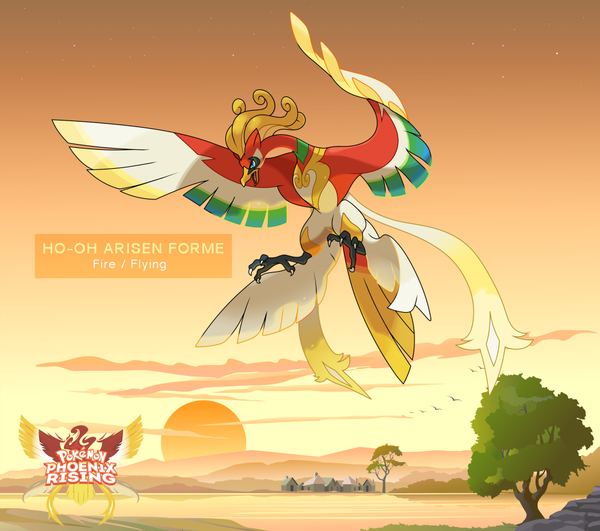 In Pokémon Gold, Silver, Crystal and its remakes, Ho-oh is a phoenix-based Pokémon that can be captured. 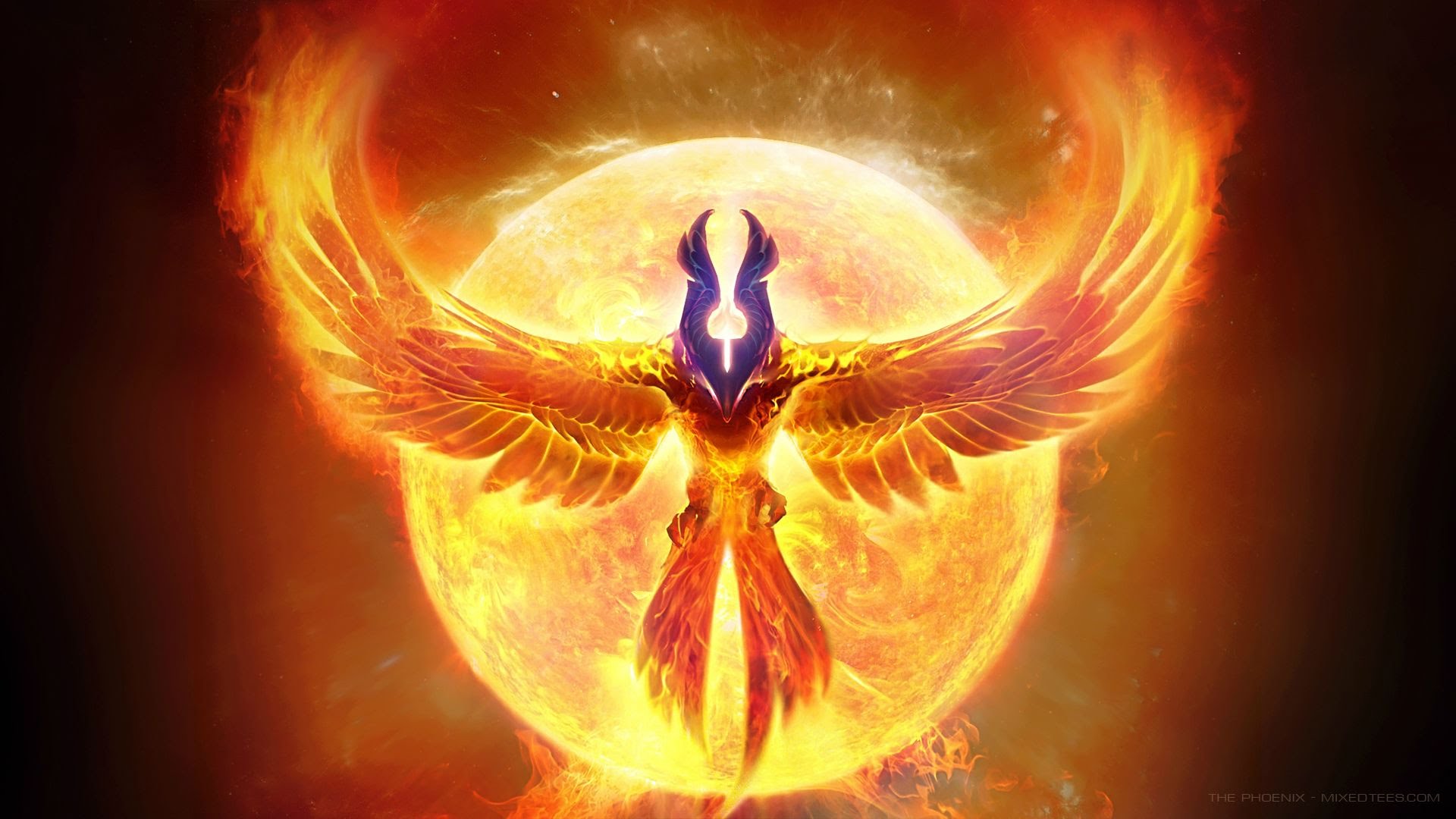 In the MOBA Dota 2, there is a hero called Phoenix, who has fire-based abilities, is associated with the sun, and resembles a phoenix.

The Legendary British Band Queen Has A Phoenix In Their Logo 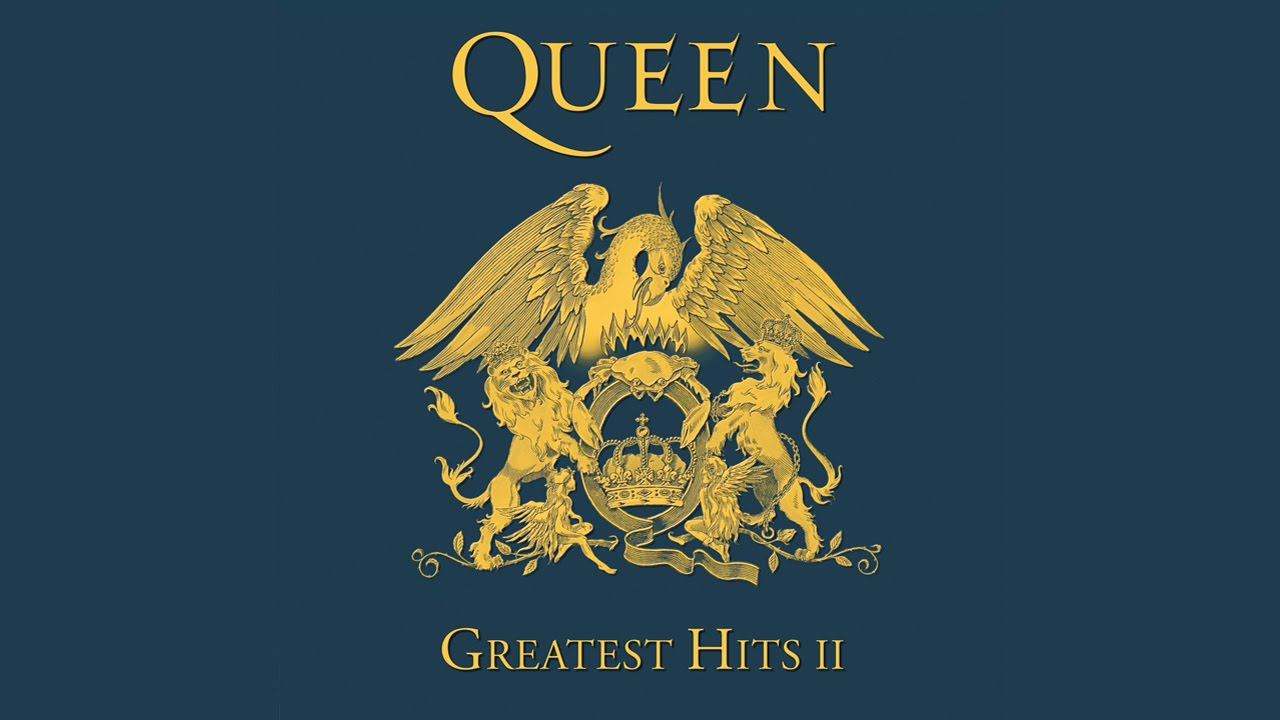 The British band Queen's logo has a picture of a Phoenix on the top part. The logo was designed by their singer, Freddie Mercury.

The Phoenix & The Turtle By Shakespeare 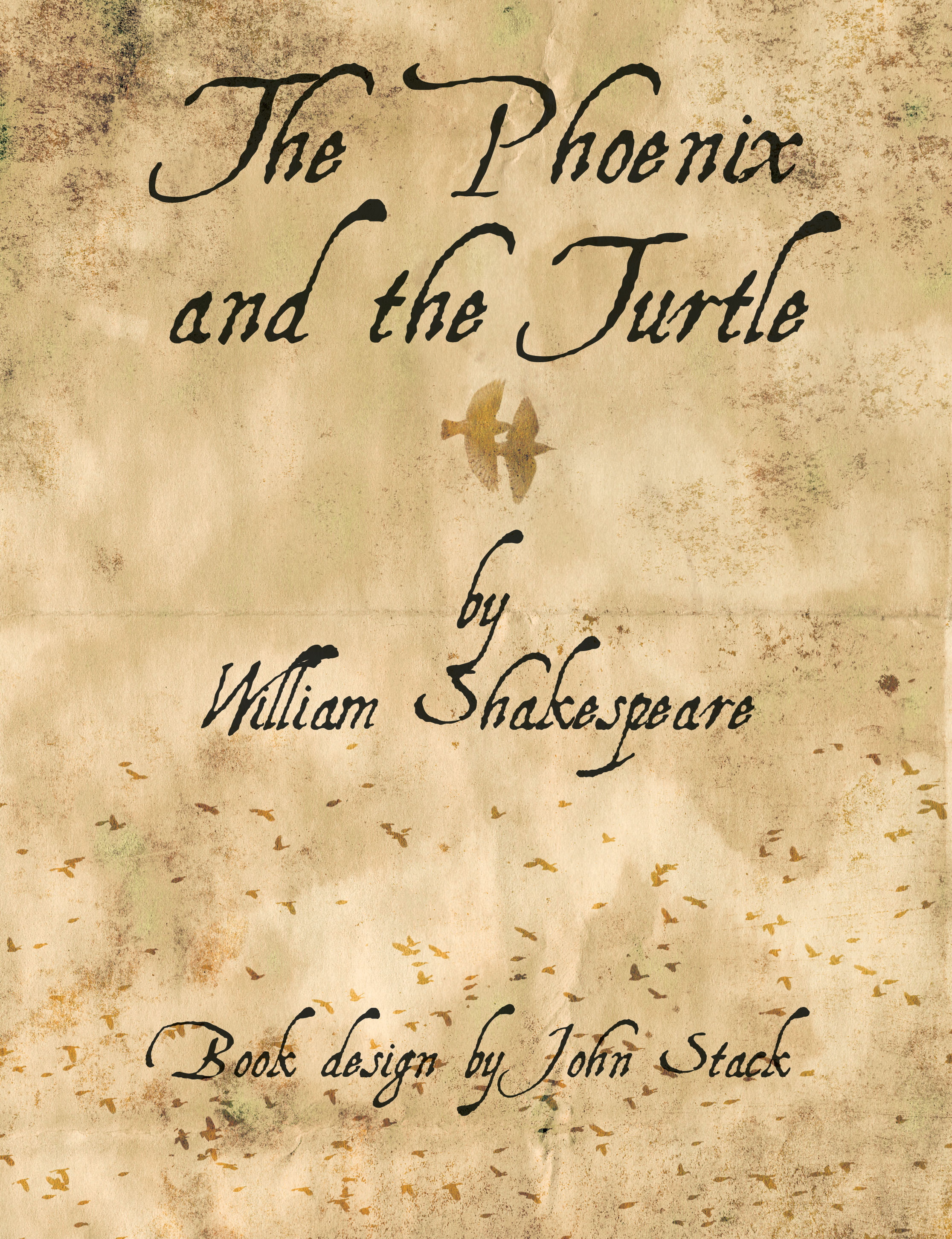 The poem describes a funeral arranged for the deceased Phoenix and Turtledove, respectively emblems of perfection and of devoted love. Some birds are invited, but others excluded. It goes on to state that the love of the birds created a perfect unity which transcended all logic and material fact. It concludes with a prayer for the dead lovers.

Xu Bing Phoenix Sculptures For The Well Being Of Construction Workers

In 2008, after returning to China to take the position at the Central Academy of Fine Arts, Xu Bing was asked to create a sculpture for the atrium of the World Financial Center, which was then being developed in Beijing. He was shocked by primitive working conditions he saw at the construction site, later saying that they "made my skin quiver." He was inspired to construct two large sculptures in the form of birds that are made largely out of construction debris and tools that he salvaged from the site. The larger sculpture, 100 feet (30 meters) long, is identified as a male and named Feng in accordance with the Chinese phoenix tradition. The smaller one is 90 feet (27 meters) long and is a female named Huang.

Apart From Everything Else, The Symbolisation Behind The Phoenix Has Its Own Depth 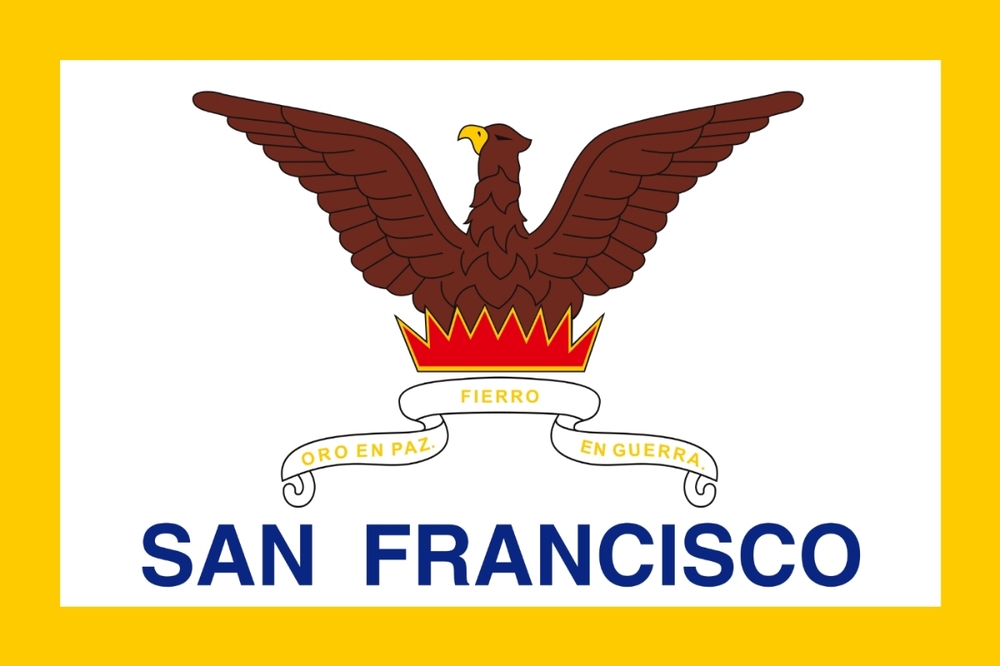 The city of San Francisco, California has a phoenix on its flag, symbolizing the city's rise from the ashes of multiple fires and earthquakes from the mid-19th century through 1906.

10 Unique Cross Tattoo Designs For Chest With Their Meanings

While tattooing seems to be a trend, it’s far more than that. In fact, it’s an art. If you are also a tattoo lover and are looking for some of the best chest tattoos for men, then keep scrolling for an exclusive collection of cross tattoos.