Today, Victor Vasarely’s artworks and sculptures are shown in several exhibitions from across the world. The sculptures vary in meanings and sizes and are loved by all. 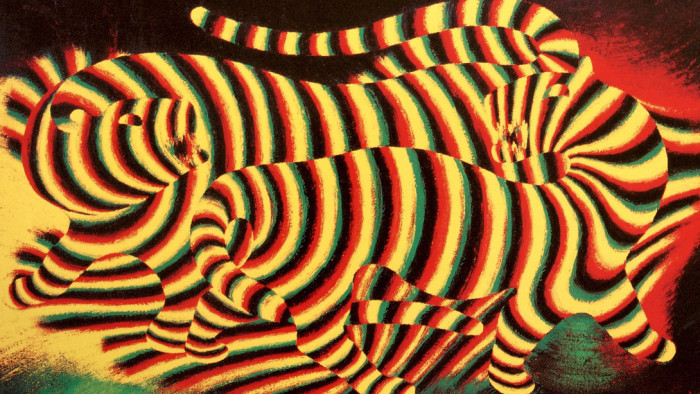 Have you ever heard about Victor Vasarely? He was a Hungarian artist, who was better known for establishing Op Art or Optical Art. He spent most of his time in Hungary as an artist and died in Paris at the age of 90. His work, which is titled as Zebra, is remembered to be one of the best examples of Op art.

Throughout his life, Victor drew paintings but was also interested in science. In 1925, he applied for arts and joined the University of Budapest’s School of Medicine. After two years, he decided to quit science and started a career in art. It was in 1929 when Victor enrolled at Sandor Bortnyik art school. He painted Green and blue study and got married to his classmate Claire Spinner in 1930.

Through unique combinations of geometric shapes and shading, he created stunning paintings full of depth and three-dimensionality. He insisted that “pure form and pure color can signify the world.”

Victor focussed on the development of an engaging and visual language that could be understood easily. This language was a geometric abstraction and called Op Art. He worked at several advertising agencies but spent his evenings working on his drawings and paintings.

Let us know some of his important arts that show the creative periods and also highlight the achievements of the artist. 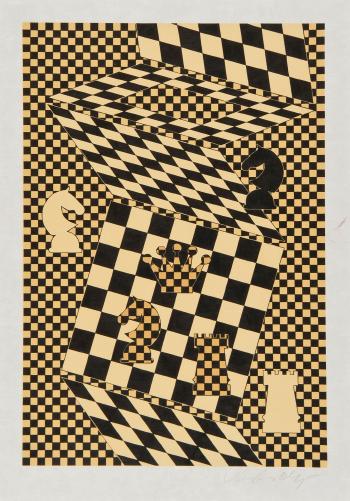 During 1930-1944, his work was focussed on the graphic image. The picture shown was painted in 1935 and targets on the themes he was going to create in the coming years. His other works from this period include Arlequin, where he used colored and distorted grids to give life to the figure.

The zebras were designed of swirling stripes without outlines, and tigers were made of contrasting colors. He proved how a few simple lines could be used to create figures. 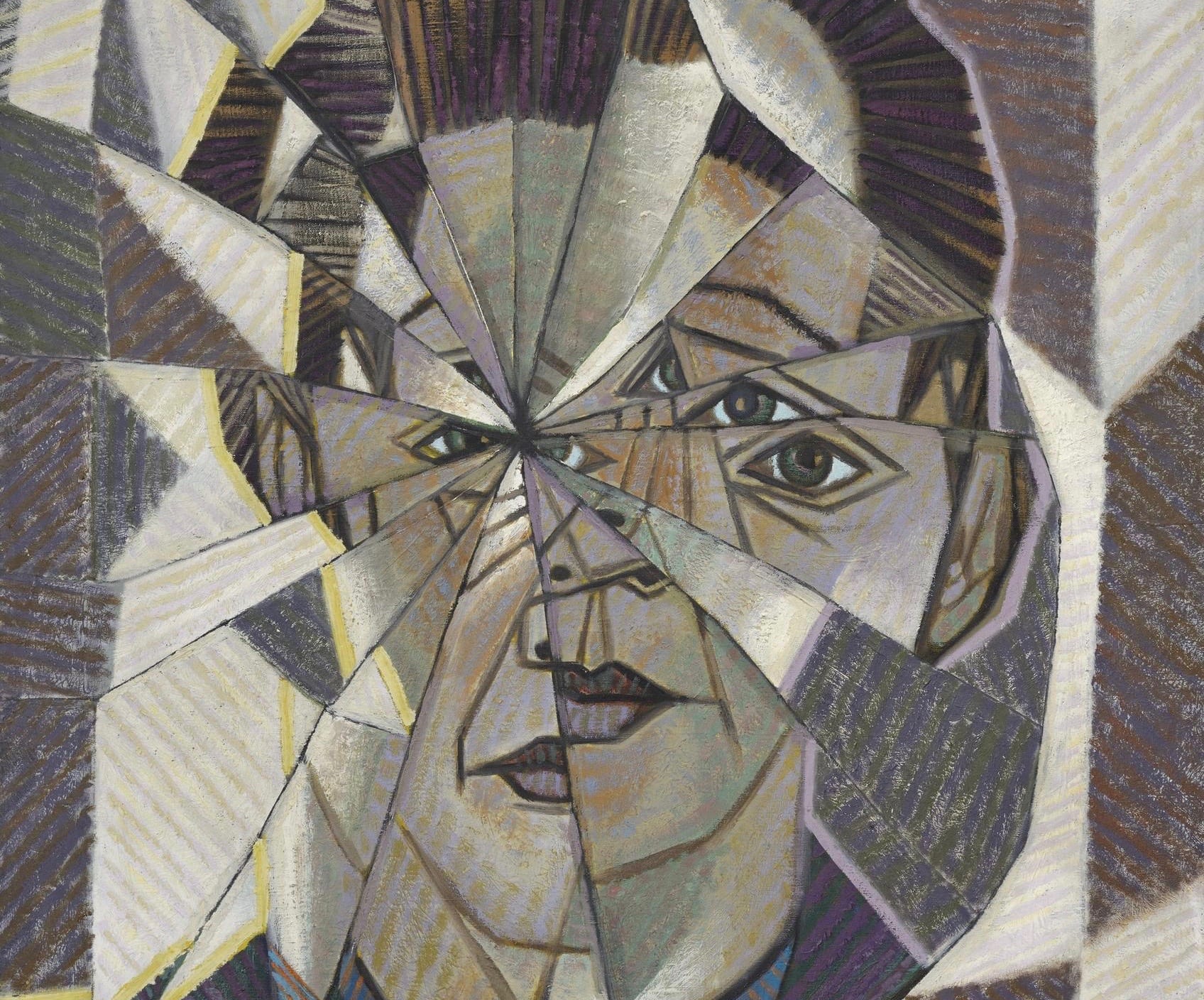 During this time, he became aware of the abstract painters Piet Mondrian, Auguste Herbin, and painter Le Corbusier. His artistic styles came out after his exhibition of drawings in 1944. The exhibition was a success, and he decided to devote his time in a painting.

His work was included in exhibitions in Paris - Salon de Surindependants, Salon de realities Nouvelles, and Denise Rene Gallery in an exhibition which is titled as Tendances de L'Art Abstrait. 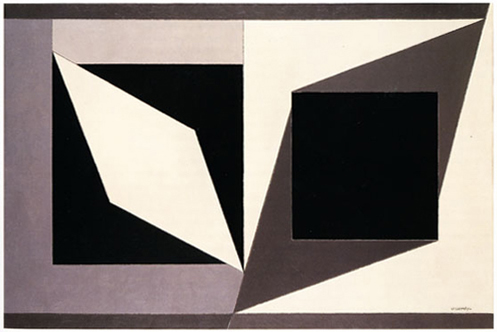 During this period, he started abstract paintings that evolved from representational images.  His abstract work mainly involved in geometric shapes. His work during the 1950s was inspired by Kazimir Malevich, Walter Gropius, and Moholy-Nagy. 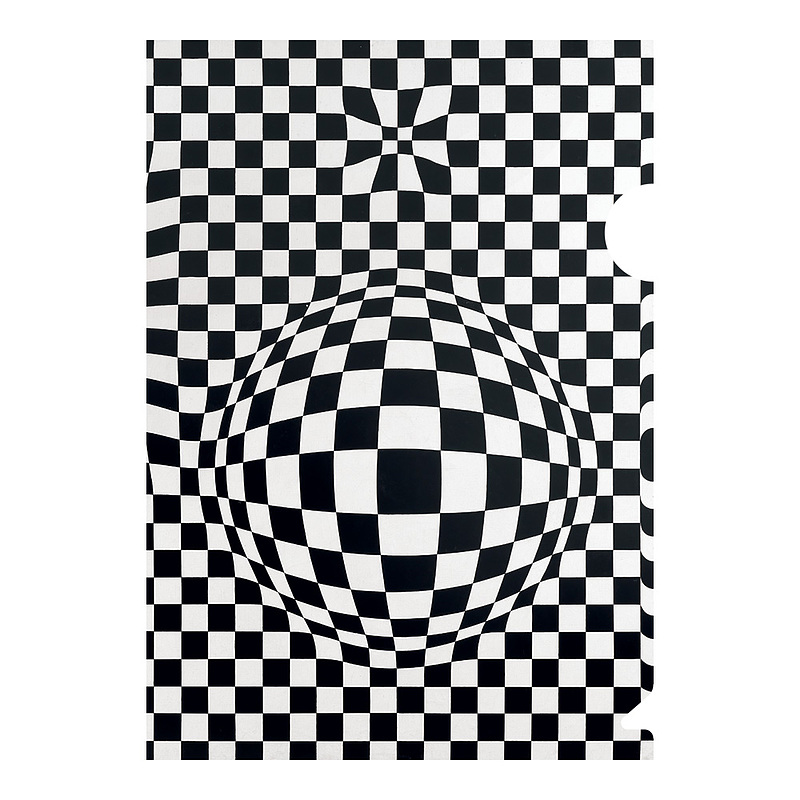 He was doing great in his artworks. During 1951, he continued drawing with geometric shapes but also began to paint in black and white. In Vega, he paints a checkerboard whose regularity is disturbed by the bending of lines that make the squares. The art forces people to move forward and backward as the field appears to expand and contract. 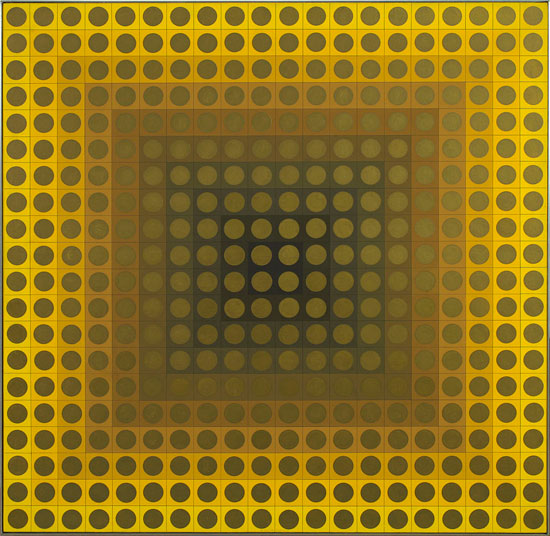 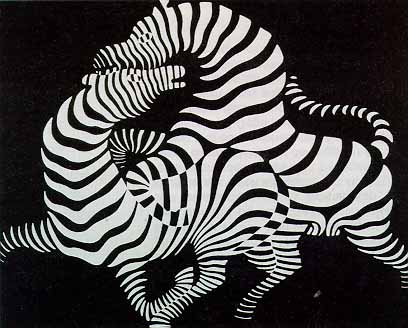 Zebras were painted in 1937 and also considered to be one of his best works. It is a highly contrasting abstracted work that set the mark for Optical Art in the 20th century. In his work, he created two zebras twine around each other on a black background.

What’s interesting is no outline defines the boundary but has only black and white lines that show the stripes.

Despite his status as a commercial artist, he has been exposed to the ideas of the Bauhaus at the Muhely art-school in Budapest in the late 1920s. In another art, Zebra’s 1965, he reimagines his seminal Zebra 1937, but this time the art focuses on the individual bodies rather than stripes. 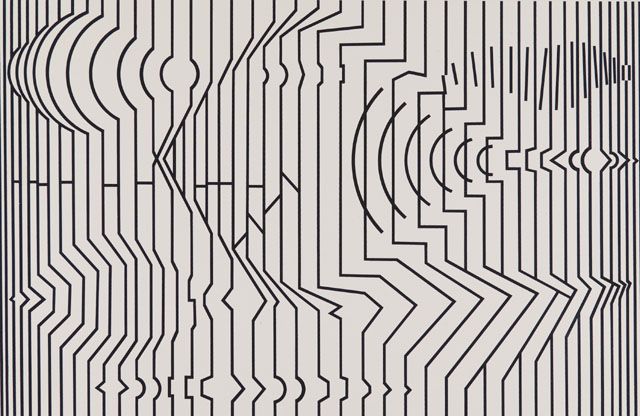 The art Sophia consists of a grid-like pattern against a white background. It creates several illusions of movement and 3-dimensionality. A triptych version of this art was installed as a wall-mural at the University of Caracas in 1954.

During 1974-1975, or across three vital phases of creative development, which is referred to as the Belle-Isle, Denfert, and Gordes-Crystal periods, he refined the techniques of optical illusion that would define his work.

He was inspired by the white tiles at the Debfert-rochereau station and produced several paintings which recreated the interplay of broken lines and planes on the walls. Like his lots of work, Sophia is interpreted as a celebration of nature and represented a breakthrough for him as it indicates the scope of developments. (5.2) 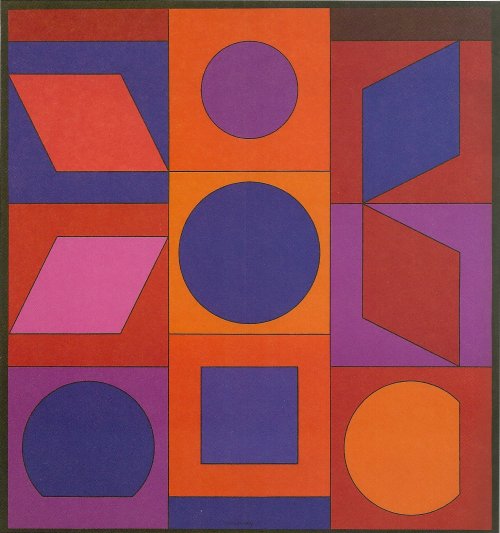 This art consists of several geometrical forms, and a grid-based system that showed the relationships between colors and forms. This is one of the earliest applications of Victory’s so-called “Alphabet Plastique” which he began working in the early 1960s.

The art aimed to create a set of several visual blocks that could be used in different combinations by artists and non-artists.

Victor designed his plastic unities so well that they could be designed using industrial mass production techniques and also can be used in any design context.

In the Alphabet Plastique series, the painting was designed on 15 roots derived from the square, circle, and triangle. Several variations were then developed and painted using colors from different color scales. 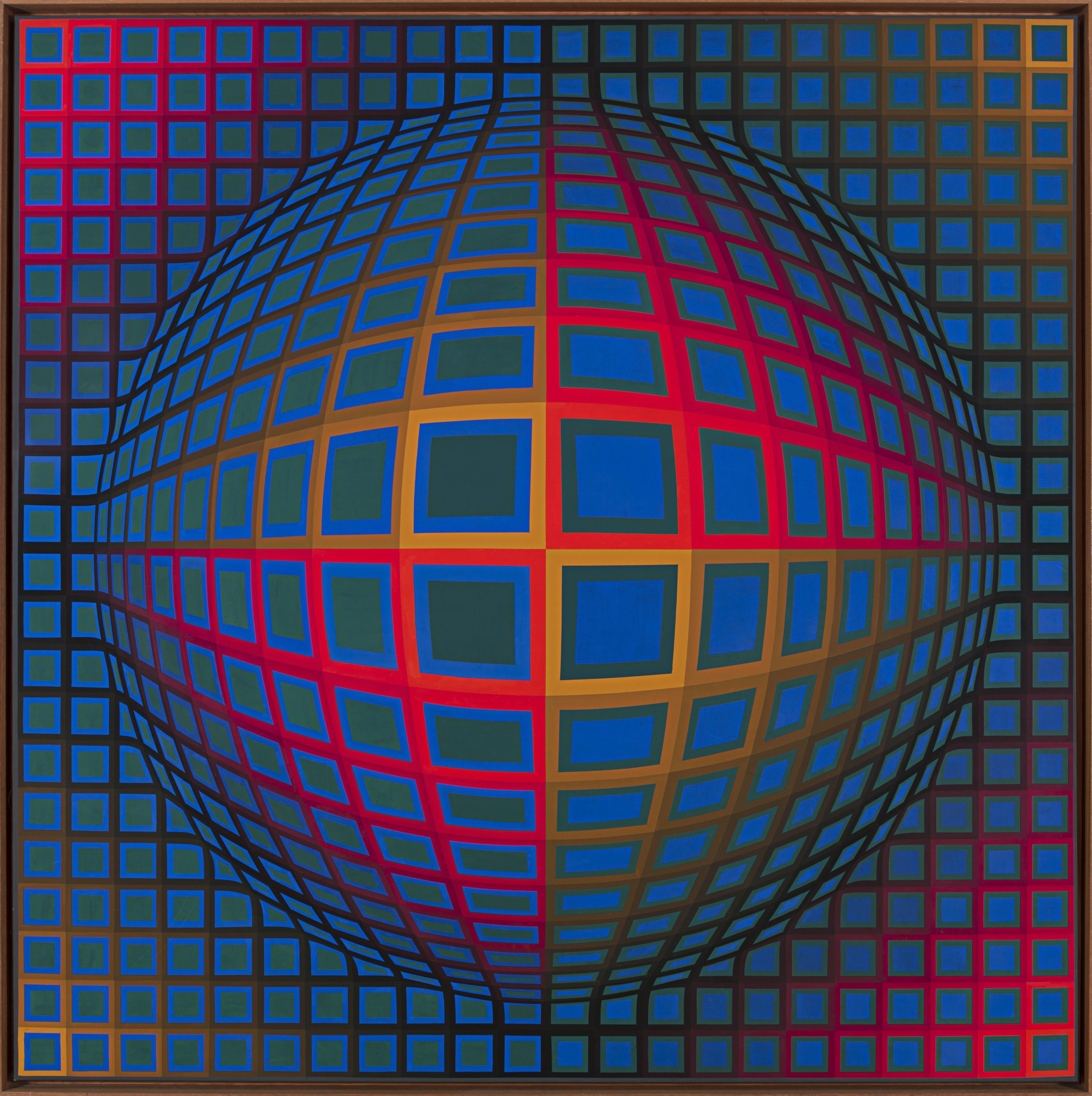 In 1969, he started another series of paintings that became famous as the ‘Vega Series.’ This art features a spherical form which is pushed out from the center of the canvas and designed from individual squares which are distorted and picked of different shades.

Although the earlier series created in 1957 used the same distortion techniques, this 1969 series got famous when Vasarely added colors to the works.

The paintings in the Vega Nor are based on the spherical distortions to a polychromatic grid. These pieces used elements of the Alphabet Plastique, such as incremental color variation and spherical distortion. Vasarely’s works, from a period when Op Art was defined, is celebrated as a coherent movement. 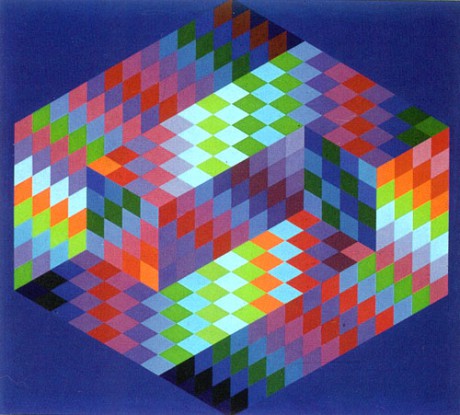 The Ambigu-B designs a multicolored hexagon that appears as an unstable set of interlocking cubes and cube-shaped spaces against a blue background. This work expresses the spiritual and focused aspects of his imagination. Vasarely noted that on the one hand, there is a direction that leads to the world of cells and atoms that are invisible to the eye.

On the other direction, there is a huge starry universe. Designing Ambigu-B aimed to create a mobile optical illusion whereby several parts of the picture-plane seems to be advanced towards and moving back from the viewer.

During the early 1970s, he created the illusion of 3-D shapes escaping from picture surfaces that also involved the late editions of the Vega series. 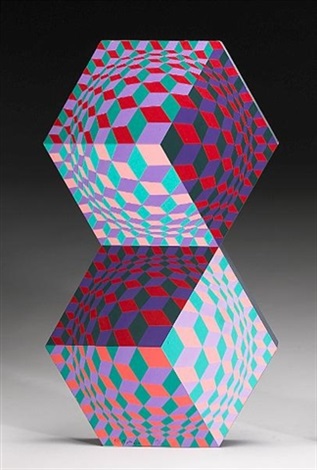 This work was designed at that time when Victory was trying to experiment with materials like glass to introduce transparency in his designs. He referred to his late works as "universal structures that expand and condense.”

Kettes expresses the connections of the macro and micro elements of life and his interest in the scientific dimensions. In Kettes, he applied color therapy to create illusory effects of depth, making it a 2D structures that both advances and recedes in space. 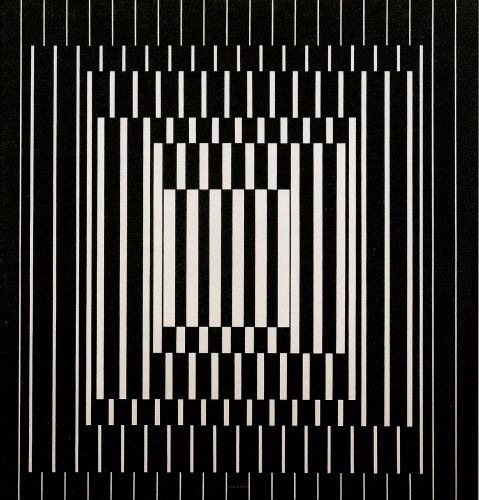 His art The Responsive Eye garnered a great response from the public. The reaction of the public was so amazing that for the next few years Op Art spread to fashion and design and advertising. His art got him fame, and he was then invited to show at several known galleries and museums from around the world. 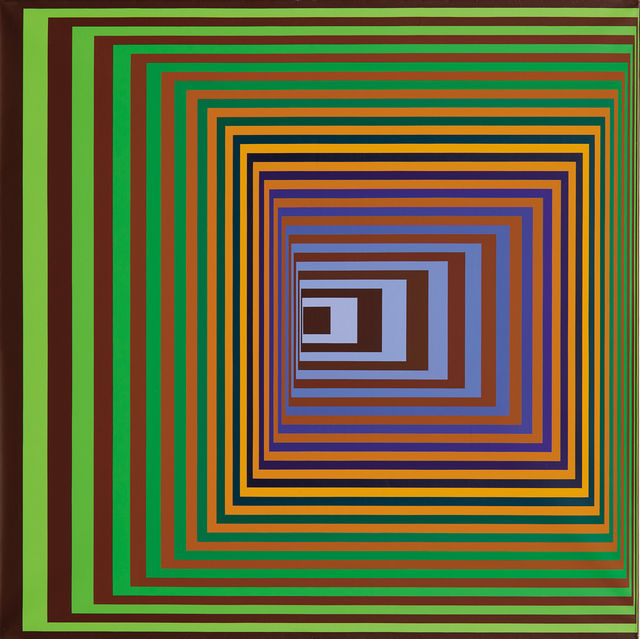 In Vonal - Stri (1975), the feeling of depth are created by the use of lines of decreasing scale moving towards the center of the canvas. The use of colors provides the viewer with the feeling of kinetic energy and space. 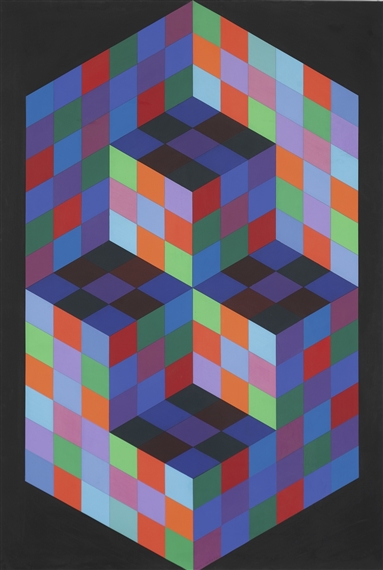 The next series that Victor worked on was the Gestalt series, which included Vasarely’s fascination with the hexagon. The Museum of Modern Art has a few very good examples of Gestalt.

The drawings and paintings in the Gestalt series are identified by unique three-dimensional shapes composed of cubes that confuse the viewers usually. He used several variations of color to improve the illusion of movement and space.

His Work Outside the Projects

Victor spent most of his time working on several architectural projects. But in 1954, he worked on ‘Tribute to Malevich’ a wall picture of 100 m² at the University of Caracas which he designed with Carlos Raul Villanueva.

Later, in 1967, he was chosen to design the French pavilion at the Montreal World Fair Expo. Also, Vasarely Foundations buildings in Aix-en Provence were designed and paid by Vasarely. Moreover, he also published several books, including Vasarely (1978) and Plasticite (1969) and more.

Victor Vasarely continued making structured paintings even when he was in his seventies. He was made an honorary citizen of New York and also got promoted to the rank of Grand Officier de L'Ordre national du Mérite.

He also opened his dedicated museum in Gordes, France in 1970. Unfortunately, the museum closed in 1996. In 1987, another Vasarely museum was opened in Zichy Palace in Budapest, Hungary.

No doubt, Victor Vasarely was the man full of creativity. He taught us several definitions of art and won numerous awards for his art. Victor Vasarely died on 15th March in 1997 when he was 91 years old.

Have you ever seen any of Victor’s paintings? How was your reaction - yay or nay? Drop your comments below.