Sightings of a half human half animal like creature is making rounds of the internet. It is reported the being was spotted in argentina, the claim was made with a blurry photograph. 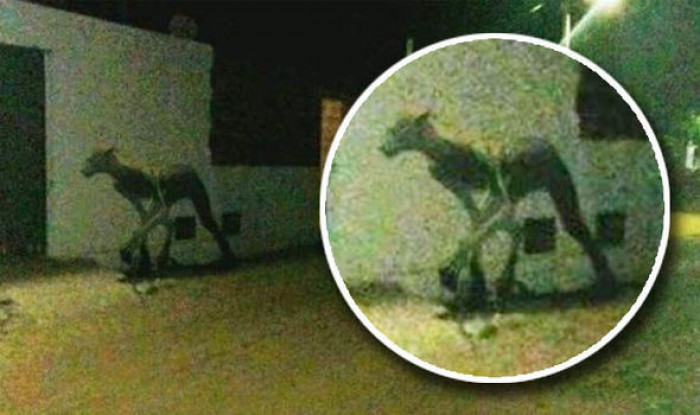 The creature's shape is striking, as it has not been connected with any known animal. Residents of Totoras in the province of Santa Fe report that a creature is wandering the streets and has even slain two dogs.

The photograph, taken and night and somewhat blurry, has already made the rounds of social media to warn against the possible danger. An audio broadcast explains that the beast squared off against a Pitbull and a German Shepherd who lost the encounter and died. The creature subsequently vanished. 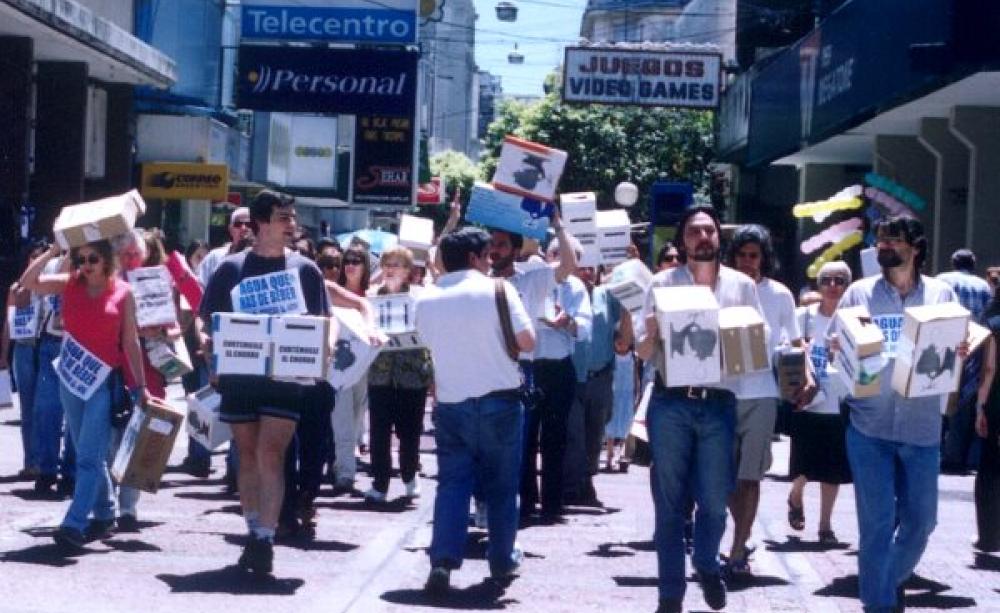 Understandably, local residents are freaking out after the beast has been spotted strutting around the streets of Santa Fe.

The Channel ‘UFOMania’ Uploaded This Video, The Whole Channel Seems Shady To Trust

Source = "UFOmania - The truth is out there"

According to YouTube channel UFOMania, two dogs have already been killed by the creature, which some have described as looking like a camel, while others think it looks more like a dog or animal/human hybrid. 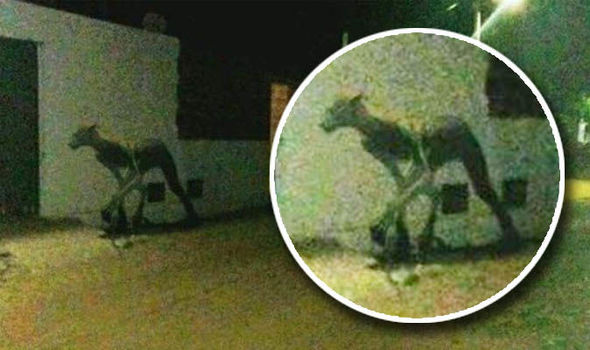 The clip has been viewed thousands of times, as well as attracting a bunch of comments from people claiming they have seen a similar-looking beast.

Here’s What One Person With Similar Experience Had To Say 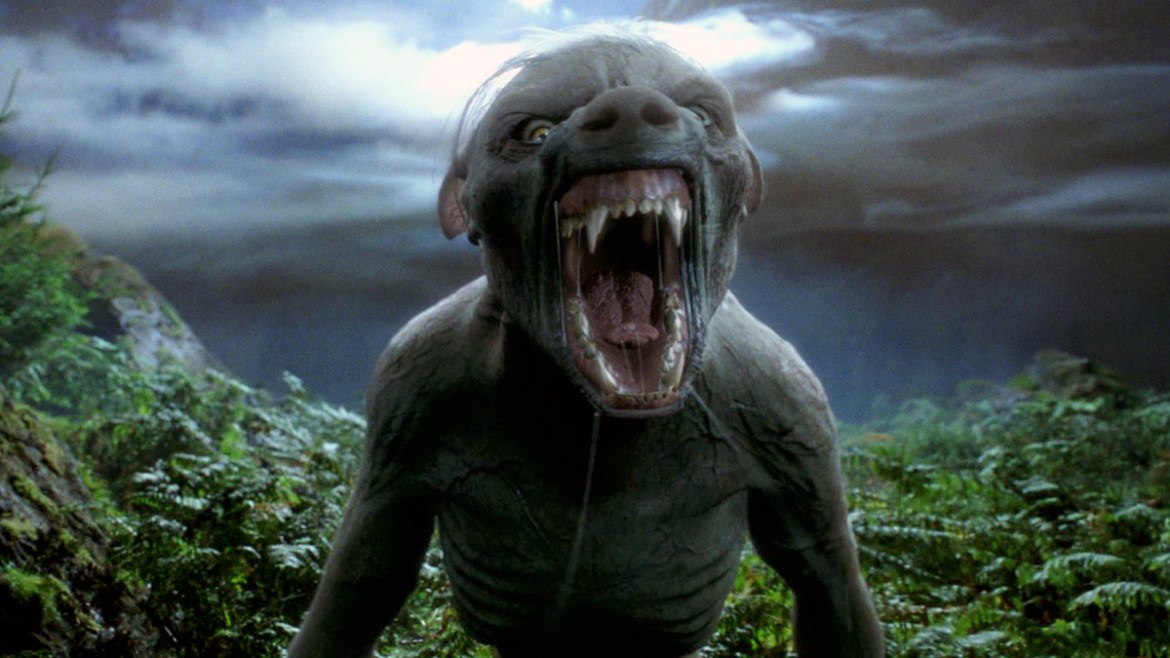 One poster wrote that it saw one in crossing a bridge in 2005; writing: "It blew my mind because it looked at us and turned and began moving just like a kangaroo would and cleared the concrete bridge wall easily and dropped at least 15 to 20 feet."

Some Believe That It’s The Legendary Chupacabra 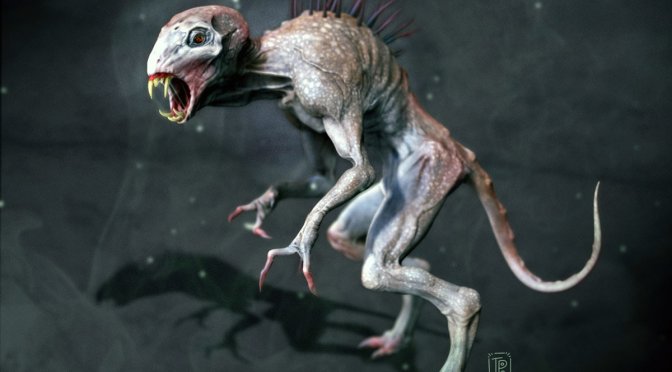 Others agreed it was a shape-shifting demon or even the legendary Chupacabra - a blood-sucking animal which, according to folklore, feasts on livestock. Nothing to worry about then, eh? 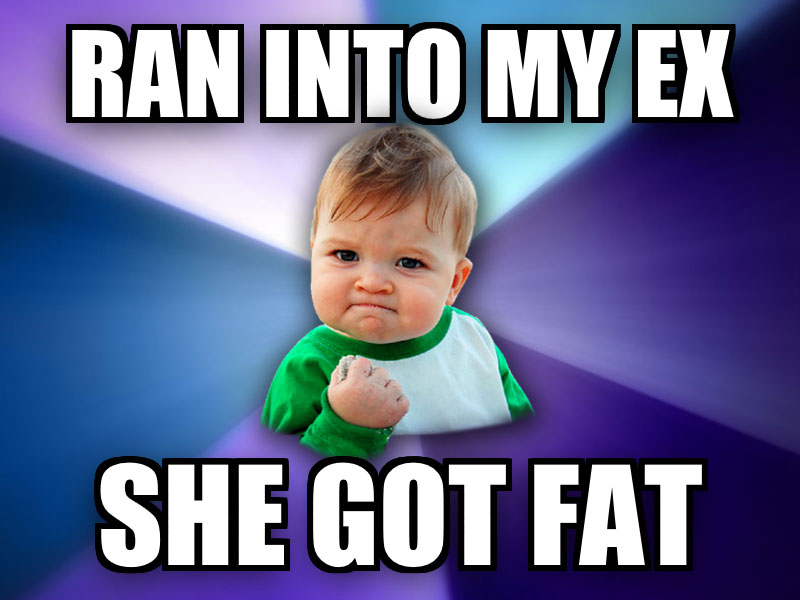 While a second wrote: "It's my ex-girlfriend." Huge, if true. 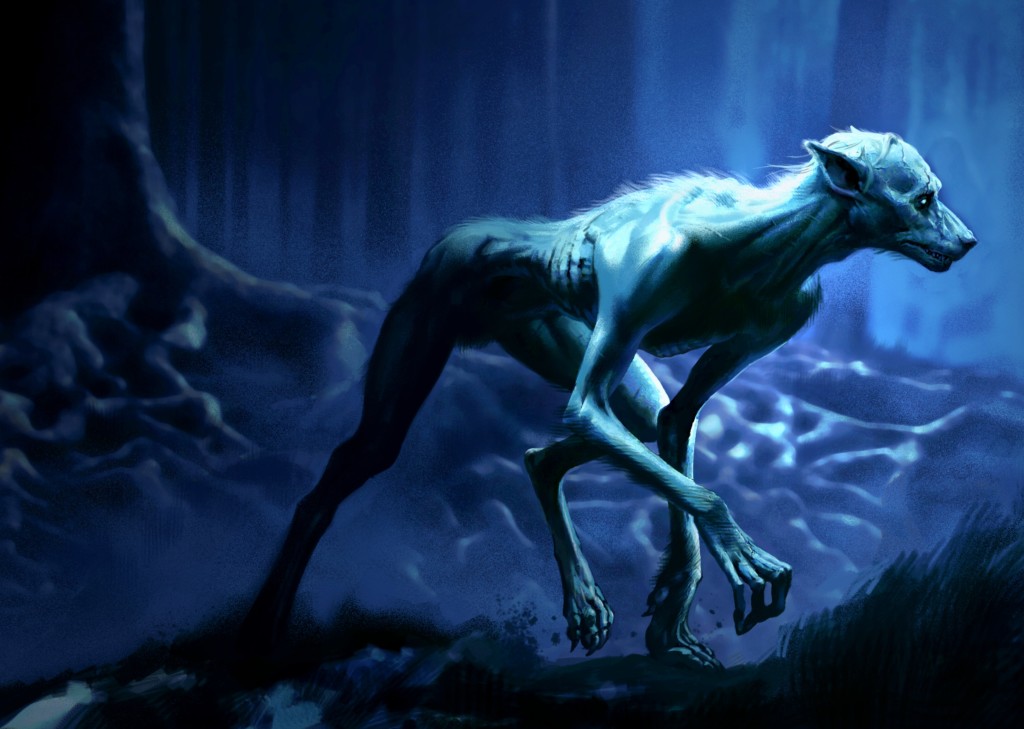 If this article on Inexplicata is to be believed, it's actually a mock-up based on Remus Lupin from Harry Potter and the Prisoner of Azkaban.

Also known as Moony, the character was a werewolf, half-blood wizard and professor who was sadly killed by a Death Eater at the Battle of Hogwarts.