Resolved Mystery Of Salamanca Astronaut From The Cathedral Of 16th Century

Very few are aware that the Soviet pilot Yuri Gagarin was the first person to travel to outer space in 1961. But the mystery remains unveiled is why there a ... 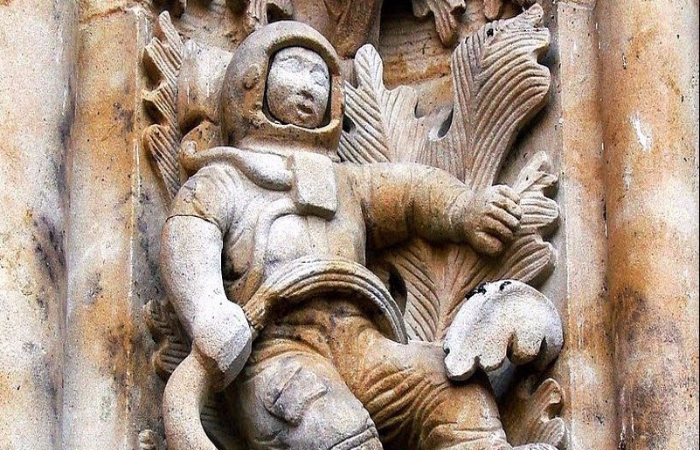 Very few are aware that the Soviet pilot Yuri Gagarin was the first person to travel to outer space in 1961. But the mystery remains unveiled is why there a figure that exactly looks like an astronaut engraved in the stone of a 16th-century cathedral?

Built between 1513 and 1733 there is a new cathedral of Salamanca, Spain when space travel was hardly thought of. This has made some people curious to speculate about the origin of the carving: is this the evidence of time travel? Or some other creatures from different planet engraved it? Or is some paranormal force at a play? (1.1)

The Salamanca’s Astronaut is not a joke or a hoax, but a modern addition to the Cathedral; however, it has all the reserves of something which may provide confusion some 400 years from now. 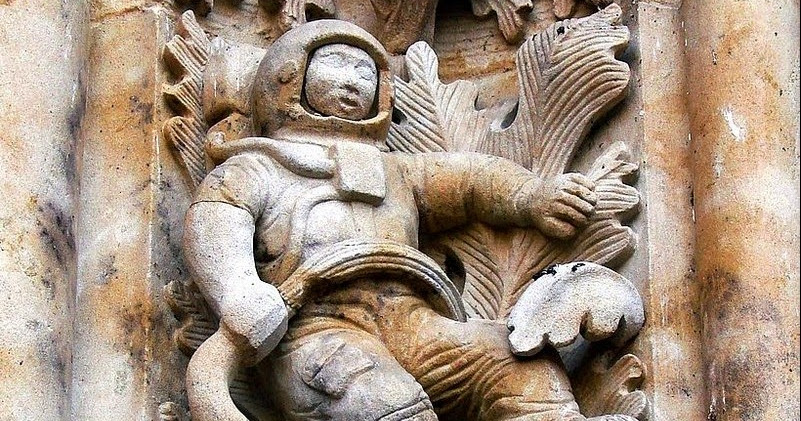 The building began at a time when the Gothic style was merging with the new Renaissance style. This cathedral retained more of its gothic counter because the administrators and the supervisors wanted the new cathedral to merge with the old one. Two elements were added that broke with the predominant style of the building: a Baroque and the bell tower.

The new cathedral of Salamanca was erected without the destruction of the old cathedral, but the walls of the newly erected lean on the North wall of the old one. This is the reason why the old cathedral had to be reinforced. The main entrance to the cathedral consists of three decorated arcs: each heading to the three naves of the church. (1.2)

Who Did Carve The Astronaut Picture On The Cathedral?

The truth behind this carving is, unfortunately, less interesting. When the church was rebuilt centuries ago it went a restoration program and the stonemasons decided to carve some modern figures. It is a tradition of the cathedral builders to add details or new carvings as a sort of some signature. In this case with the cathedral, quarryman Jeronimo Garcia given the action to add more images to the front of the building including an astronaut among some vines.

There also been a weird looking dragon eating ice cream (even the ice cream cones were not invented until the 20th century), a bull, a crayfish and a lynx.  But why the figures are chipped and broken even though it is not that much old? Vandalism in 2010 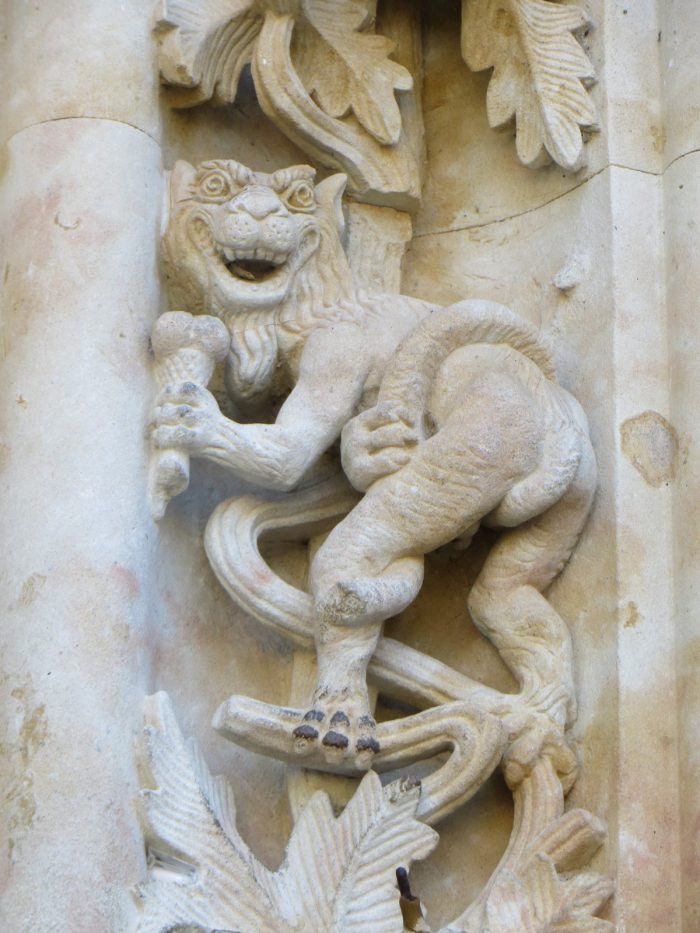 The vandalism has been recovered and now it has clear pictures today.

It is the only church that has some modern addition engraved on the building, Calahorra Cathedral in Spain (from the 16th century) has a cell phone that was added in 1996.

Area 51 Alien Cathouse: A Brothel That Specializes In Extraterrestrial Fantasies