North Sentinel Island – The Most Unwelcomed Island Existing on the Earth

Today in this modern world when everyone is busy connecting with social media, there are also groups which do not want to connect with the outside world. The North Sentinel Island tribe is one of them. 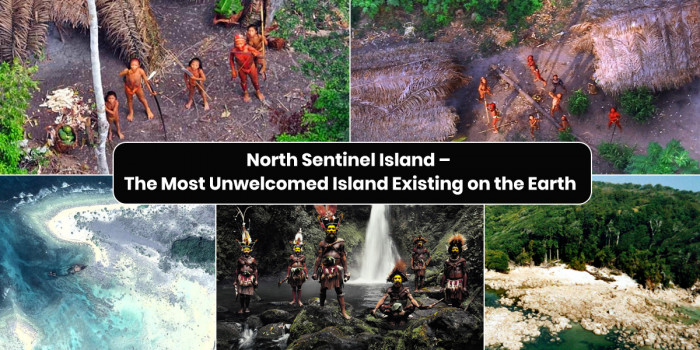 In the 21st century when the technology is developing at a fast rate, it is hard to believe that there is an island in the Bay of Bengal where people live in an old stone age (better known as the Paleolithic period) and are completely unaware of the outside world.

While most of you have heard about the islands like Maldives, Palawan, Seychelles, Dalmatian Island and Ko Phi Phi known for their beauty and excellent sandy beaches, there is a North Sentinel Island which is left untouched by modern civilization.

North Sentinel is home to Sentinelese, a group of people who don’t have any contact with the outside world. According to a study, around 400 Sentinels have been living in this isolated island for over 50,000 years. The North Sentinel island tribe lives at the tip of  Andaman Island between India and Malaysia to the east. The size of the island can be compared with the size of Manhattan.

The island is all covered with rough seas and jagged reefs. Earlier, there have been made serious attempts to contact the Sentinel tribe, but unfortunately, all efforts failed. No gifts and peaceful offerings to the tribe were answered by the Sentinelese, and the Indian government was welcomed with a hail of arrows. However, when one party reached the shore, the North Sentinel Island tribes vanished and hid into the jungle.

They reject any communication with the outside world and only want to protect their land when anyone comes close or tries to contact them. Even anthropologists and authorities do not enter their area to study their culture and lifestyle.

In the late 13th century, Marco Polo described the Andaman people as – “a most brutish and savage race, having heads, eyes and teeth like those of dogs. They are very cruel, and kill and eat every foreigner whom they can lay their hands upon.”

The island was almost forgotten until 1867. It came into limelight when the ship called Nineveh was wrecked on the beach. More than 100 survivors temporary stayed there but were attacked by Andamanese a few days later. 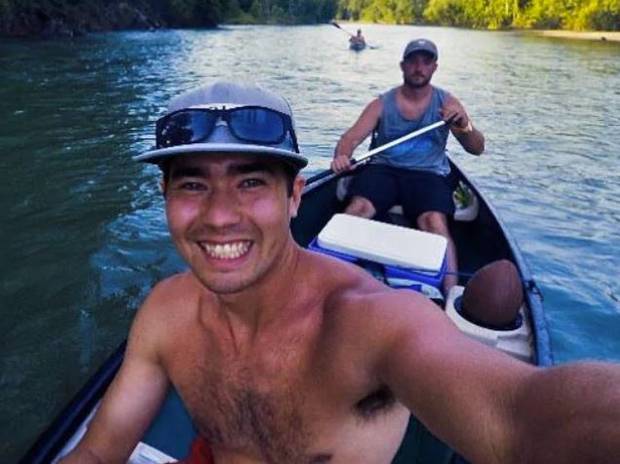 After these shocking incidents, the Indian government understood and accepted that North Sentinel Island tribe wanted to stay away from the modern world and wants everyone to respect them. As of now, the government only monitors the nearby islands and has warned not to make any contact with them. It is perhaps the only island or place on the earth that has not been interacted with the modern world.

Throwing Light on the Sentinelese Lifestyle 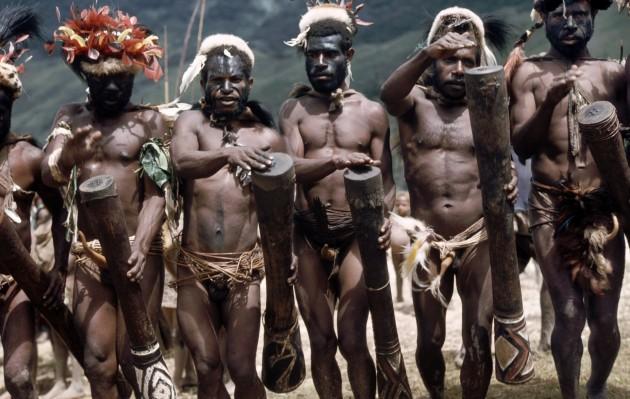 Most of what (diet and lifestyle) is known about the islanders has been collected by viewing them from boats from a certain distance when the Sentinelese allow outsiders to get close enough to give them coconuts. As per the information gathered, the North Sentinel people make boats which are very narrow canoes. These canoes cannot even fit two people at the same time. It is also speculated that they live in three small bands.

They usually live in two types of houses. One with large huts with space for various families and one other is a temporary shelter with no sides that can be seen on the beach for the nuclear family.

Female Sentinels wear a string around head, waist, and necks. Male Sentinels also wear strings on the neck but with a thicker waist belt. They also carry bows and arrows every time to attack outsiders.

The North Sentinel Island tribe is commonly described as the ‘Stone Age Tribe.’ However, this is not true because the new evidence describes that they are not living the same way as they were living from the past 10,000 years. They have adapted changes. For instance, the Sentinelese now use metal (recovered from shipwrecks) gathered from the island. They sharp the iron to tip their arrows.

From a distance, it has also been observed that the people here are healthy and not prone to diseases as they were earlier. They look proud, strong and fit.

Amazing Facts You Should Know about North Sentinel Island Andaman people are said to be descended from the first human populations to come from Africa. It is believed that no other people on the earth are as isolated as Andaman tribes. Know more surprising facts about the North Sentinel Island below.

The fact that the North Sentinel Island people's language is so different even from the Andaman people indicates that they have no contact with each other for years. They do fishing, hunting for their survival. It is also assumed that they wait for lightning and keep the embers burning for long in a hollowed out tree.

2. Exact Population is Not Known 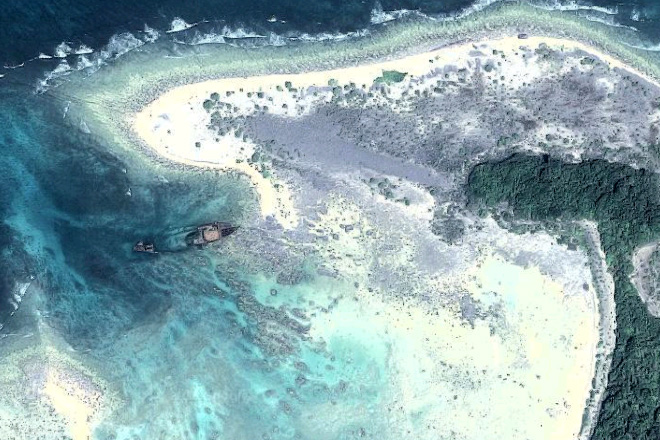 The exact population of the North Sentinel Island tribes is not known. However, it is estimated that their population ranges from 40-500. 2001 Census of India recorded only 39 people (18 females and 21 males). (The survey was conducted from a distance, so there is no accurate figure for the population on the island.)

3. Their Diet Mainly Consists of Fish

The Great North Sentinel Island tribes mainly consume coconuts and fish. Based on the data, they are mainly hunter-gatherers as they don’t know much about agriculture. Their diet also consists of small birds and turtles found on the island.

4. It is Completely Untouched by the Modern World

The inhabitants kill strangers who try to come close to their land. They drive off government officials, journalists and anthropologists with their arrows. The island is home to Sentinels and is recognized for the efforts made by the outsiders to connect with the isolated tribes. 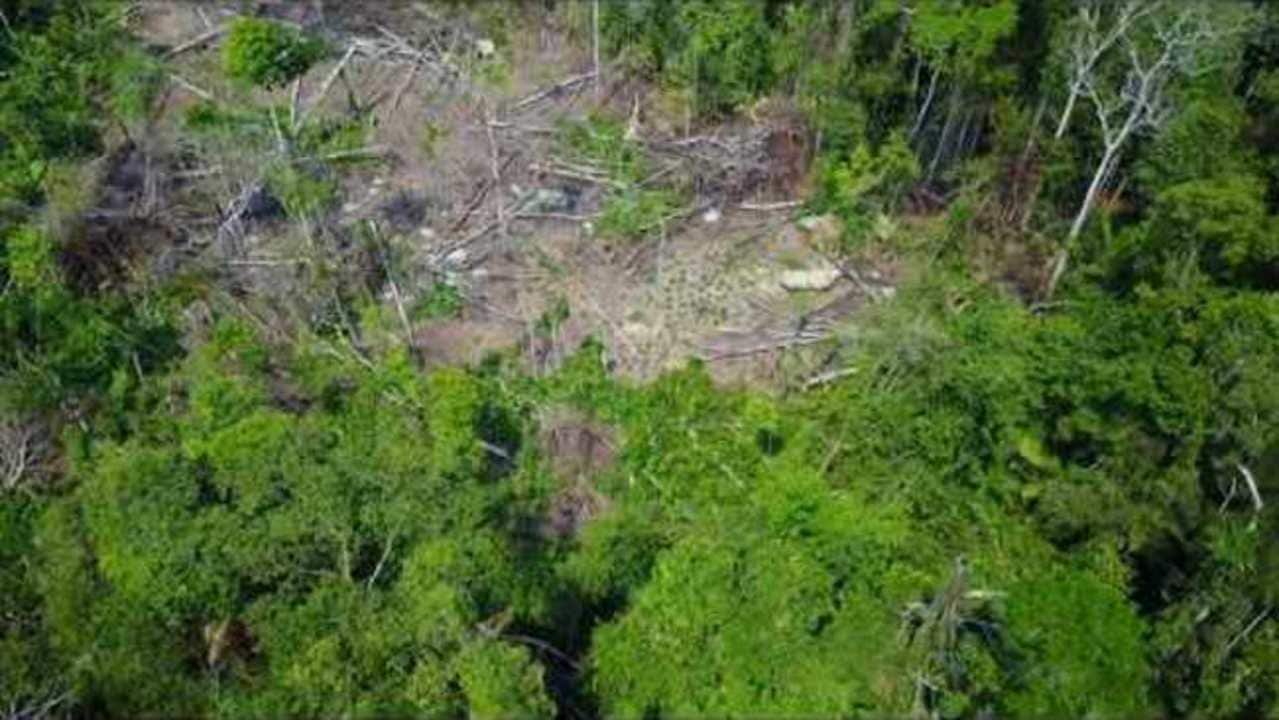 Do you know that Sentinelese even survived the deadliest Tsunami occurred in 2004? It was recorded that tsunami killed over 240,000 people in surrounding countries. But it appeared that the tribe sensed the tsunami and escaped somewhere to higher ground before it reached their area. The helicopters arrived to check on their health and dropped food packets; they came out of the jungle and threw arrows. It means that they don’t want help from strangers.

The North Sentinel Island is a forbidden and mysterious island. The islanders here are famous for their choice of making no contact with the outsiders. They have been living like this for more than 55000 years, yet they are a mystery to the anthropologists. Their exact population is not known, their language is still a question for many.

What do you think could be the reason behind their aggressive behavior? Learn more about these strange islanders from the video below.

Following a campaign by several local organizations, the Indian government has no plans to contact the Andaman tribes again. Periodic checks are made from a distance to ensure that they are living a good and healthy lifestyle. (3.1)

On a map, the Sentinel Island looks like any beautiful spot around the Indian Ocean; in reality, it is dangerous and home to the most isolated tribe in the world. Unfortunately, the North Sentinel Island is one of the islands on the earth that you can’t visit for a vacation.