25 Rare English Words That Even a Logophile May Not Know

Language isn’t just a medium of communicating your thoughts, feelings and ideas. It’s a whole different world in itself. La... 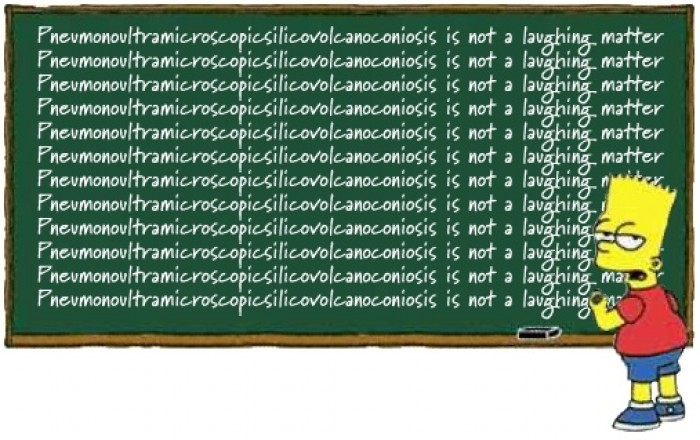 Language isn’t just a medium of communicating your thoughts, feelings, and ideas. It’s a whole different world in itself. Language shapes our perception, personality, and passion.

More than a million words are there in the English language. Many of them have faded, many of them aren’t much used. And nearly 171,476 words are commonly used in the current scenario. The infrequently used words belong to psychology, biology, medicine, astronomy, and other fields. They remain in a state of vernacular obscurity because of their extraordinary specificity.

Neither heard nor spoken on a regular basis, these are 25 fascinating rare words that are a delightful addition to your vocabulary and also appealing to the senses and the English language. 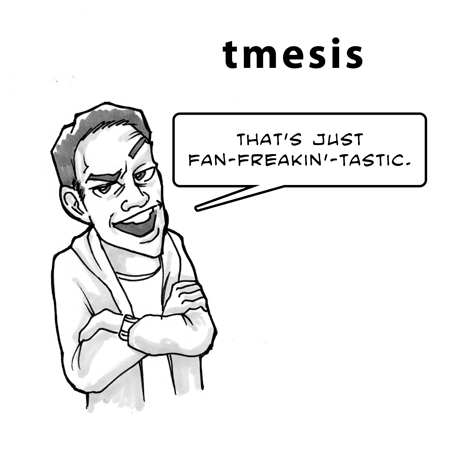 An unusual word with an unusual meaning, ‘tmesis’ is the only word in English that begins with ‘tm-’.

What it means: Insertion of one or more words to make a compound word

Etymology: The word ‘tmesis’ originates from the Greek tmesis "a cutting", related to temnein which means "to cut".

The word ‘syzygy’ is as rare, beautiful and unique as is its astronomical occurrence. This is the only word in all of English to have three Y’s.

Moreover, other than astronomy, it has different meanings in poetry, genetics, psychology, medicine, mathematics, zoology and astronomy. Bonus fact is that it’s also one of the high-scoring Scrabble words.

Etymology: The word derives via late Latin from Greek suzugia "yoke of animals, pair, union of two, conjunction" from suzugos "to yoke together". It is the compound form of syn "together" + zygon "yoke". 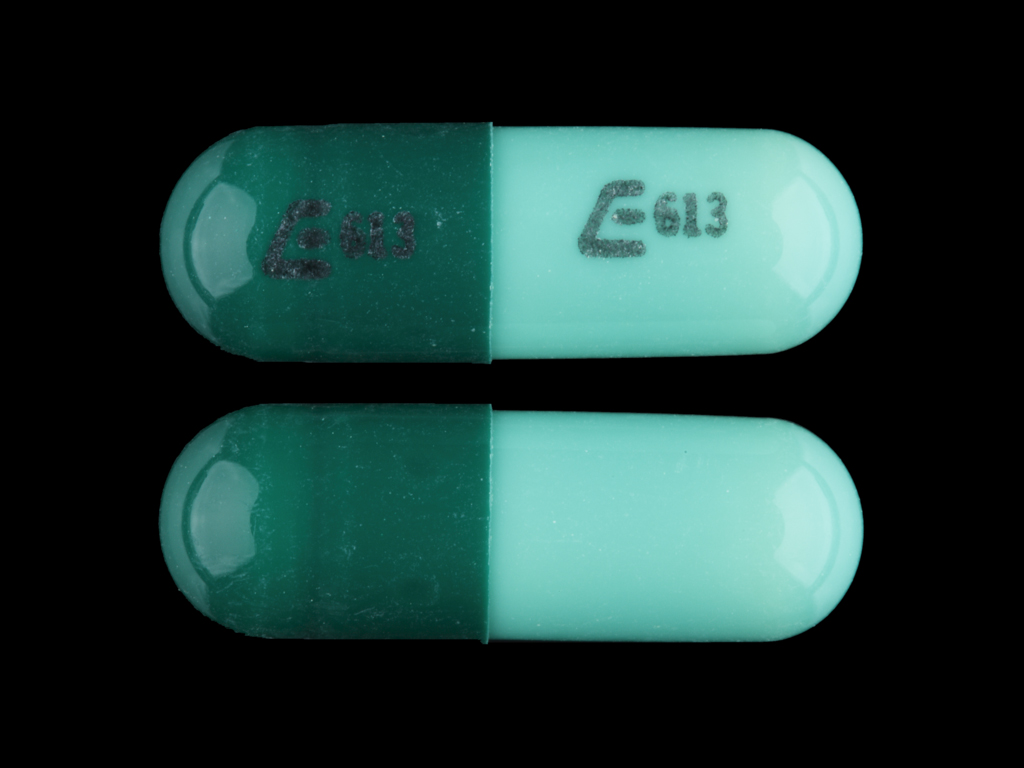 Hydroxyzine is the only word to have X, Y, Z back-to-back and in-order. The first known use of this medicine was back in 1956. It can help you relieve tension, irritability and anxiety.

Example sentence: Do not use Hydroxyzine for alcohol withdrawal! 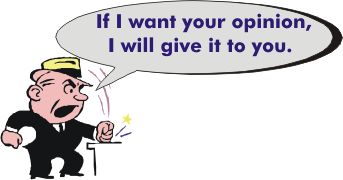 ‘Phil-’ is the root word used to define love for something and ‘dox’ means beliefs and praise. So someone who loves his own opinions is a philodox.

What it means: A dogmatic person who loves his or her own opinions.

Etymology: From Middle French philodoxe, from Ancient Greek (philódoxos, “opinion-loving”). It is a compound of (phílo-, “philo”) + (dóxa, “glory; opinion”).

Example sentence: Once again, it was a joy to see and meet those that really make a difference in the security market, believe me, life isn’t short of philodox characters… (Security News Desk) 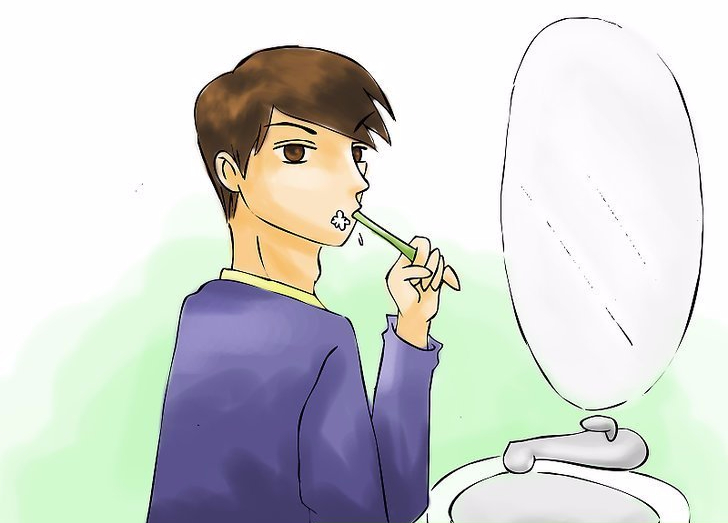 Lefties or left-handed people are often asked (and sometimes forced) to switch their handedness and become a right hander. Those who’re trained to become one are called ‘dextrosinistral’.

1. Moving or extending from right to left

2. A natural left-handed person trained to use the right hand (3.2)

Example Sentence: The maximum deformation was mostly in the dextrosinistral direction. 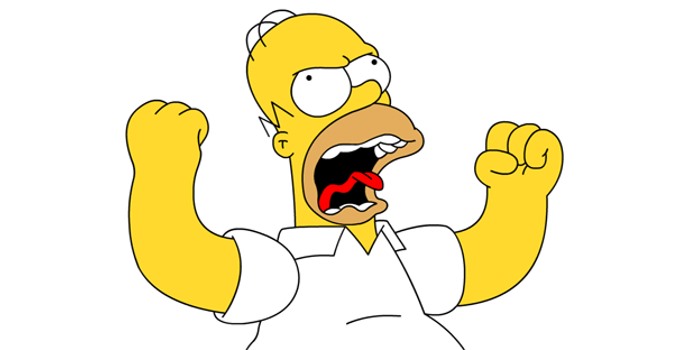 When you’re in a state of extreme anger and spew filthy or indecent words from your mouth, the emotional relief you gain by doing that is called lalochezia.

Etymology: From the Greek ‘lalia’ meaning speech and ‘chezo’ meaning to relieve oneself.

Example Sentence: But you can build up a tolerance to lalochezia—the more you swear, the less it helps. (Greatist)

It’s the sensation you feel when your sensitive areas are ticked really hard and repeatedly.

Meaning: The sensation caused by being tickled.

Etymology: A compound of the Greek ‘gargalos’ meaning itching and ‘aesthesia’ or ‘esthesia’ meaning ability to perceive sensations.

Example sentence: Gargalesthesia has been known to cause death when prolonged. 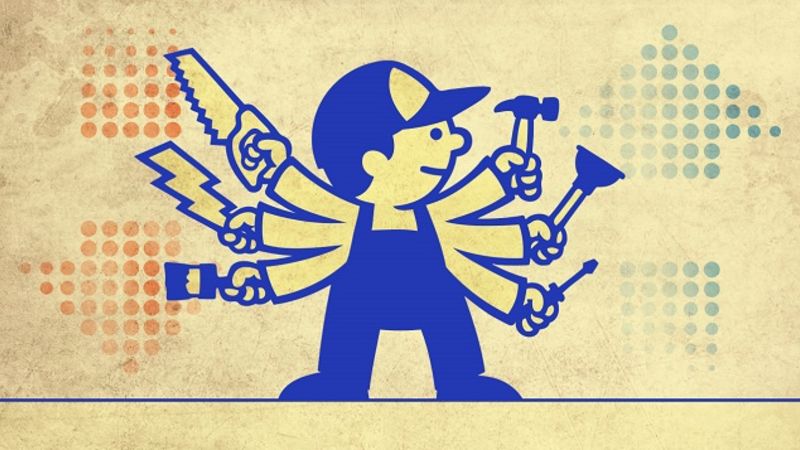 A factotum is someone who possesses diverse traits and serves different responsibilities. And that makes him/her jack of all trades.

Etymology: From the Latin ‘facere’ meaning to do and ‘totum’ meaning everything. (3.4)

Example sentence: By day three, it was the department's triumph and I was a factotum. (Jack Kerley, THE HUNDREDTH MAN) 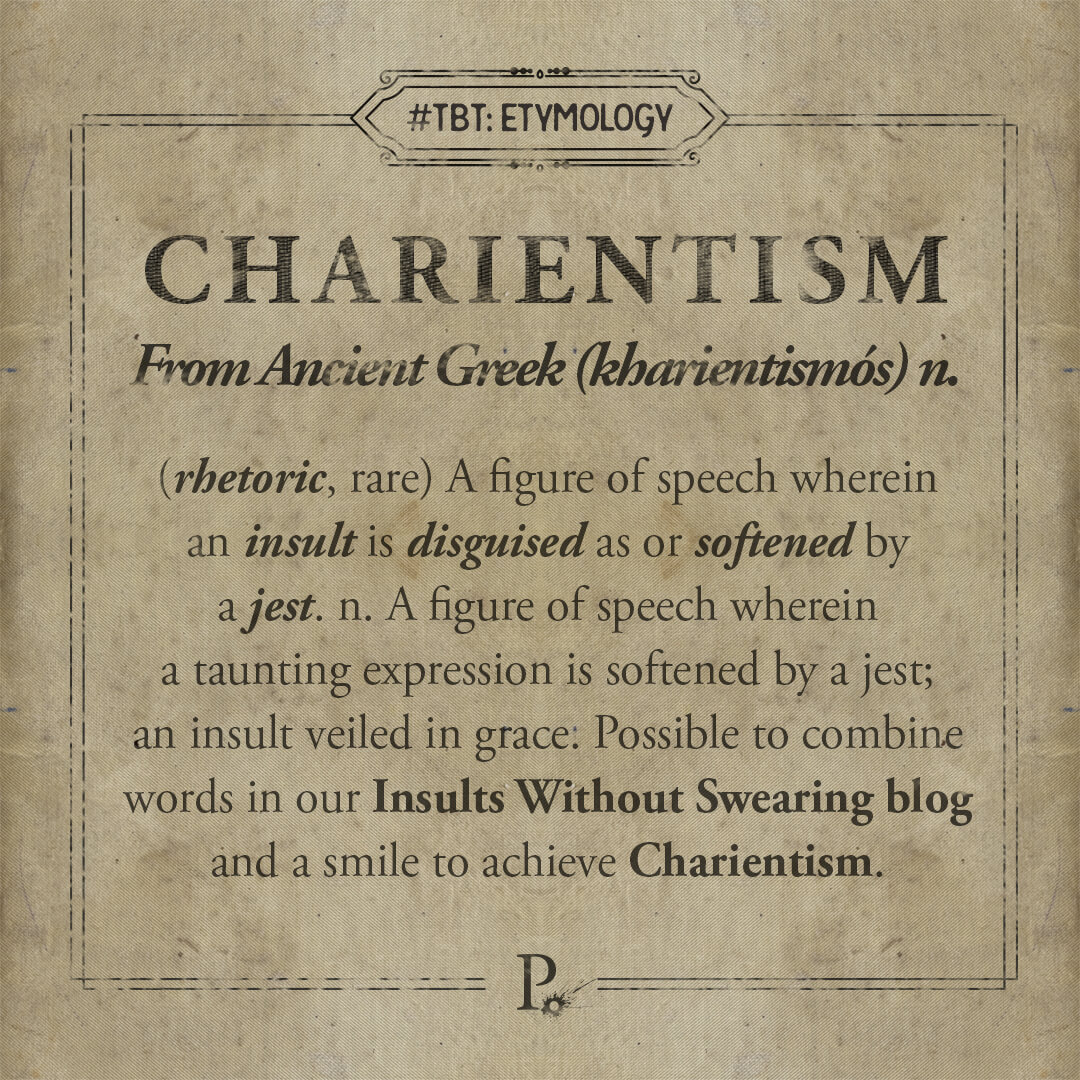 When you’re having a group chat and don’t understand whether something was a quip or a disdain, it’s charientism. It is an artfully concealed insult.

Meaning: A figure of speech wherein an insult is disguised as or softened by a jest.

Example sentence: I’d offer up a charientism but I’m not polite enough to bother masking my dislike for people. 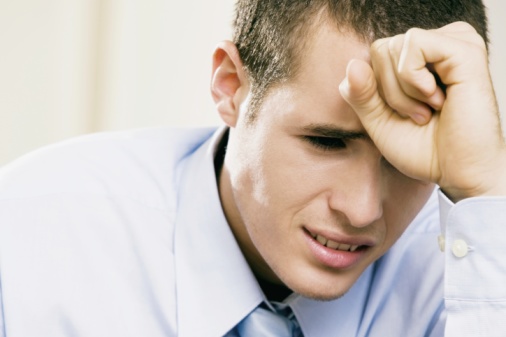 When you feel unfulfilled or frustrated for not living up to a certain expectation or ambition, it’s called manque.

Meaning: would-be; unfulfilled realizing an ambition or capability due to the vagary of circumstance, some inherent flaw, or an often uncertain constitutional lacking of some kind.

Etymology: From French manqué (to lack)

Example sentence: The manager is an actor manqué. 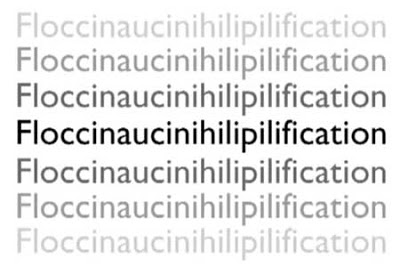 Damn hard to pronounce, this 29-letter-long word happens to be one of the longest words in the English language. With the meaning ‘categorizing something as valueless, the humorously paradoxical fact about the word is that it is quite a useless word in itself; which is hardly used anywhere except as an example of a long word.

Meaning: the action or habit of estimating something as worthless (3.5)

Example sentence: Floccinaucinihilipilification is one of a number of very long words that occur very rarely in genuine use. 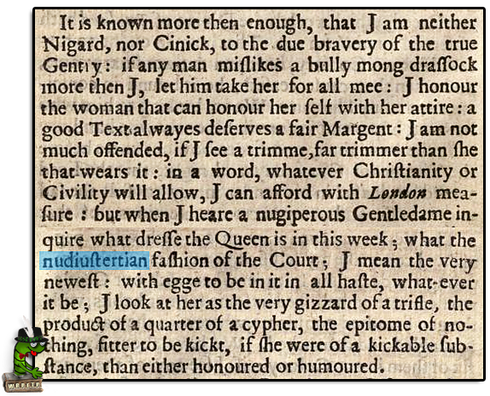 According to the Oxford English Dictionary, the word ‘nudiustertian’ has been mentioned only in the very popular work ‘The Simple Cobbler of Aggawam in America’ written by Nathaniel Ward.

Example sentence: When I hear a‥Gentledame inquire‥what [is] the nudiustertian fashion of the Court; I mean the very newest. (The Simple Cobbler of Aggawam in America) 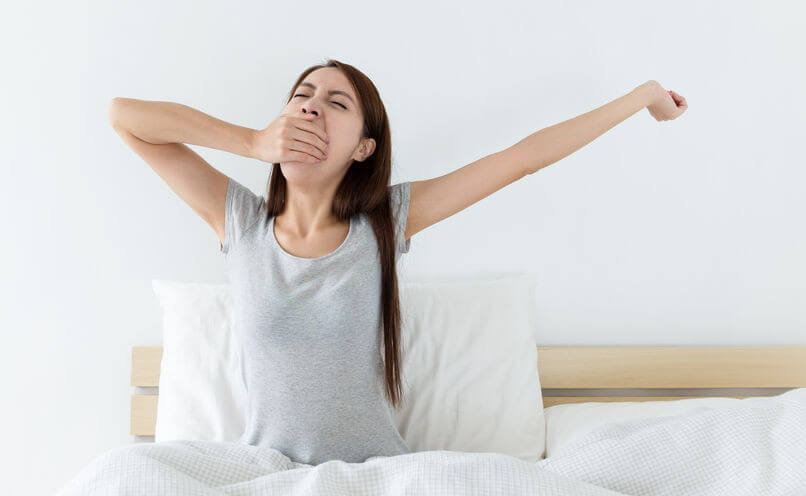 Whenever you feel drowsy or weary, just stretch your limbs and neck and accompany it with yawning. This simple and effective movement is called pandiculation. It helps to reboot your brain’s sensation and also restores complete muscle function.

Meaning:  yawning and stretching (as when first waking up) 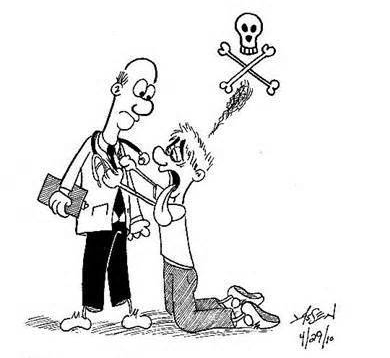 Someone who is constantly obsessed about his or her health is called a valetudinarian. It is used as both a noun and an adjective.

Meaning: a sickly or weak person, especially one who is constantly and morbidly concerned with his or her health

Etymology: The word comes from Latin valētūdinārius, from valetudo (“state of health, health, ill health”), from valere (“to be strong or well”)

1. A "valetudinarian" is a 10-dollar word for someone who is sickly.

2. The valetudinarian habit of discussing his health had grown on Rose...

When someone feels malicious enjoyment from observing someone else's misfortune, that feeling is schadenfreude.

It is the synonym of another rare word ‘epicaricacy’. This word became popular in English in the late 20th century. Its usage was seen in an episode of ‘The Simpsons’.

Etymology: The word was borrowed from German Schadenfreude (“joy in the misfortune of others”), from Schaden (“damage, harm, mishap”), and Freude (“joy”).

Example sentence: And Mr. Henry's arrival suggests the schadenfreude is over. 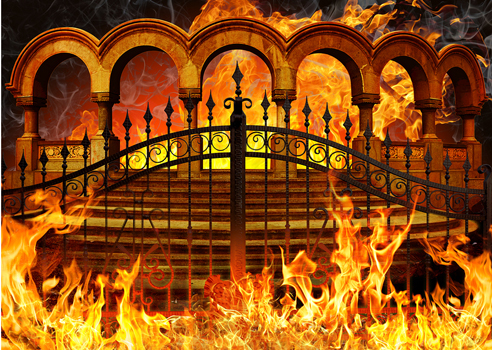 What dwells beneath the earth’s surface is chthonic.

Meaning: of or characteristic of the mythological underworld, subterranean (3.7)

Etymology: From Ancient Greek khthonios (of the earth), from khthōn, earth

Example sentence: The young pantheon had remanded their elders to the role of smoldering, chthonic gods…... 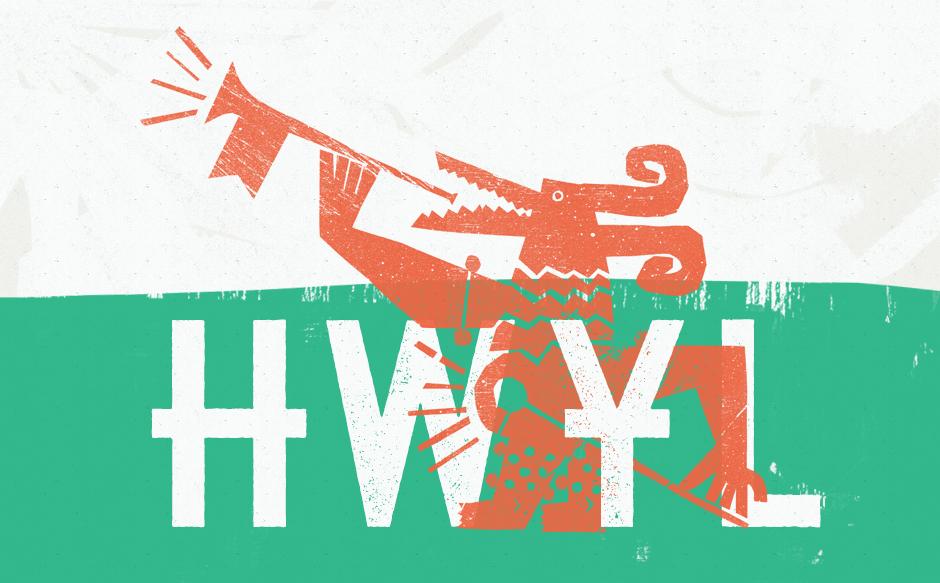 That’s a stirring and motivational energy that one experiences when he/she is all pumped up and determined to achieve a particular goal or ambition.

Meaning: emotional fervor (as in the recitation of poetry), a melodic chanting style of Welsh preaching.

Example sentence: We will never lack hwyl on the second Gwlad of an international day anthem….. 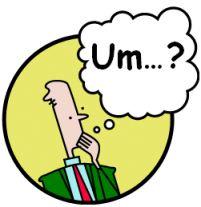 If you are unable to recall the exact word for something, you have a lethologica.

Meaning: the inability to remember the accurate word for something

Example sentence: You might have trouble recalling that lethologica is the inability to remember a word. 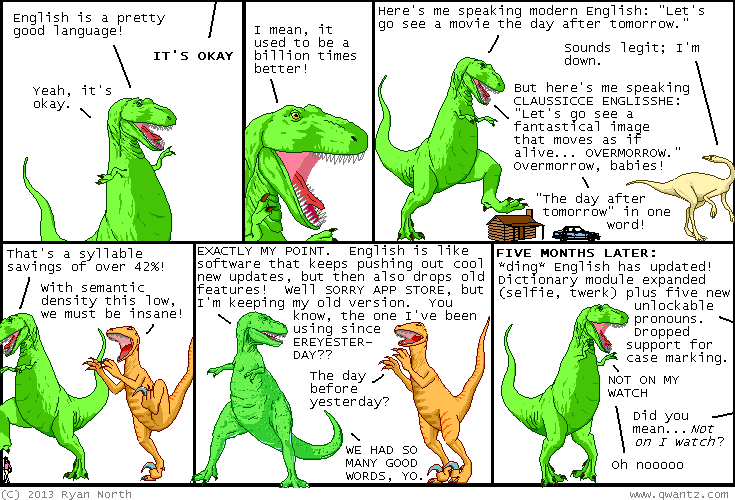 The day that is two days ahead of today is ‘overmorrow’.

Meaning: the day after tomorrow.

Etymology: The word comes from Middle English overmorwe. It is a compound of over + morwe (“morrow”).

Example sentence: ‘Does overmorrow work for you?’ 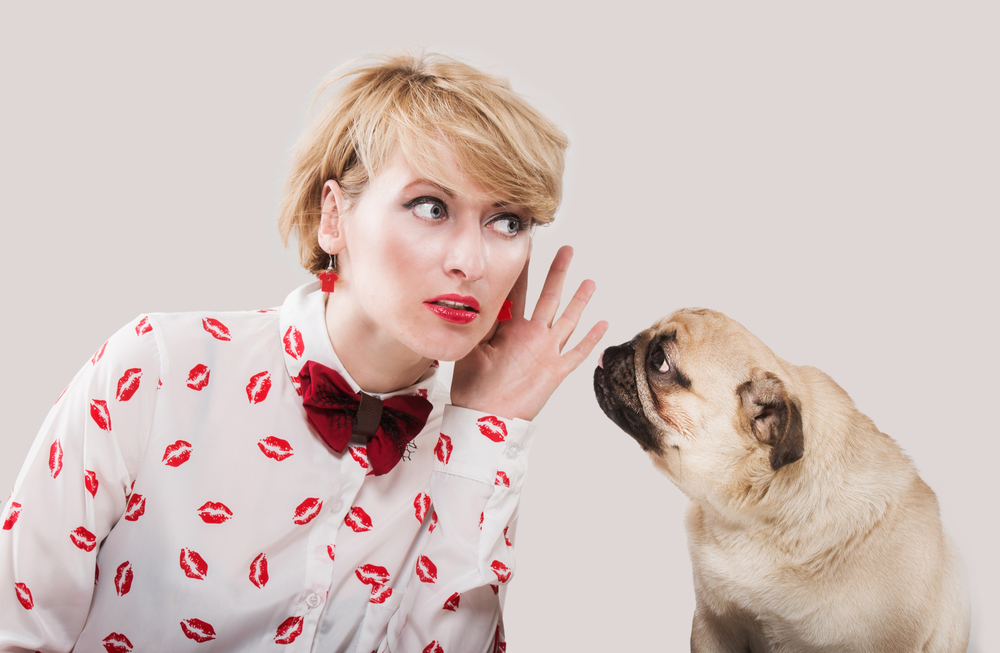 A mere wish with no strong desire to act is called ‘velleity’.

1. The weakest degree of desire or volition.

2. A slight wish with no effort to act.

Etymology: From Medieval Latin velleitās, from Latin velle (“to wish or will”).  (3.8)

Example sentence: He felt cast out ... divorced from the caprices and the velleities of childhood. 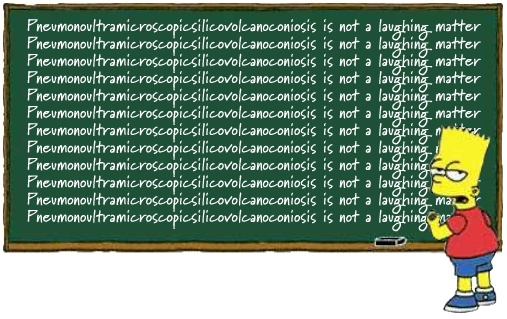 A word that is one and a half feet long is called ‘sesquipedalian’.

1. Given to or characterized by the use of long words, long-winded.

Etymology: The word came into existence in the mid 17th century, 1656 to be precise. It originated from Latin sesquipedalis ‘a foot and a half long,’ from sesqui- (see sesqui-) + pes, ped- ‘foot’. 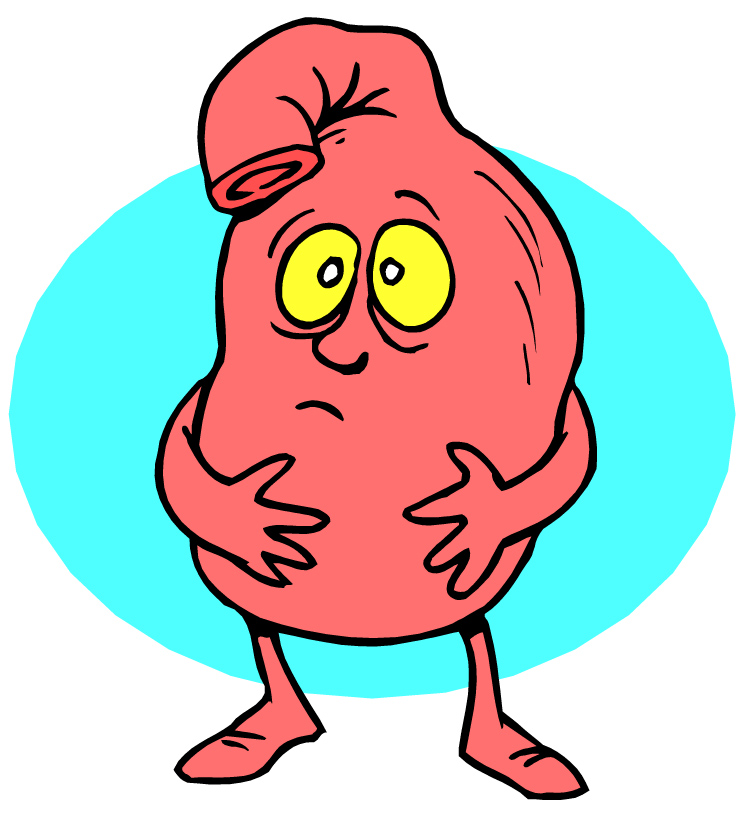 Being an onomatopoeic word, the word ‘borborygmus’ imitates the annoying, loud gurglings made by the stomach. Chances are you’ve never heard of this word unless you’re a gastroenterologist.

Meaning: rumbling or gurgling sound caused in intestines and stomach by moving fluid or gas (3.10)

Etymology: Originated in the early 18th century, the word was originated from modern Latin, from Greek borborygmos, from borboryzein (to rumble)

Example sentence: Unfortunately sir the other guests are trying to listen to the singer but your borborygmi (plural) are so loud they are interrupting the performance. 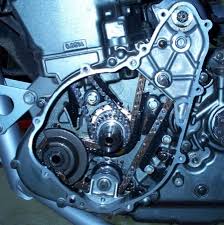 Open your childhood treasure of toys, and you’ll discover so many objects & gadgets whose name you wouldn’t know or recall. Those gadgets are doohickeys.

Meaning: a small object or gadget, especially one whose name the speaker doesn’t know or can’t recall.

Etymology: The word’s origin lies in the 20th century. It is a blend of doodad and hickey.

Example sentence: This garage is filled with electronic parts and other valuable doohickeys. 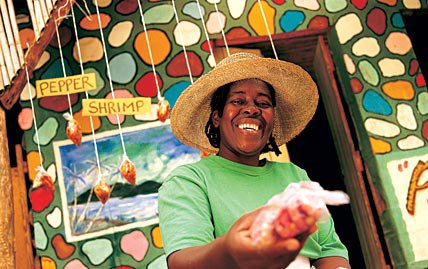 Someone who goes around selling small items is known as a higgler.

Etymology: probably an alteration of haggle

Example sentence: But while she still lived and prospered as a higgler we had to find another helper to fill.

Also known as contranym or autoantonym, a contronym is a word with two meanings having opposite meanings. For e.g. sanction (meaning both ‘a penalty for disobeying a law’ and ‘official permission or approval for an action’).

Meaning: a word with two opposite meanings

Etymology: a combination of contra- and -onym, on the pattern of synonym and antonym

Example sentence: The word contronym is a recently coined neologism.

Do you also know a rare word in English or any other language? If you do, then do tell us the word with its meaning in the comments section below!

7 People With the Rarest of Human Oddities