10 Evidences Of Ghost Encounters Ever Recorded

Winter is the best time to hear the true tales of ghosts. The twinkling lights of the holidays are the best season to imagine the ghost and their shadows. Let’s read some of them here. Caution: People those who are emotional at heart must not read the tales given below.

Paranormal research and phantom ghost stories have gained peak after the success of ‘Conjuring and Annabelle’. People who did not believe in ghost and supernatural powers started believing in them. Here are some evidence and proofs from the true tales, witnessed by the people at different times, in the world.

Here’s a list of true tales of ghost encounters ever recorded: A nursing student Raggedy received the Annabelle doll from her mother in 1970. The doll started exhibiting some strange behaviors. After research, it was found that Annabelle Higgins a demonic spirit reside inside the doll. When strange incidents continued Lorraine Warren was contacted to investigate.

The demonologist took the doll and kept it in the Occult Museum where a warning is written over it stating that ‘Please Do Not Open It’.

Annabelle has been also the subject of our post about cursed creepy objects. 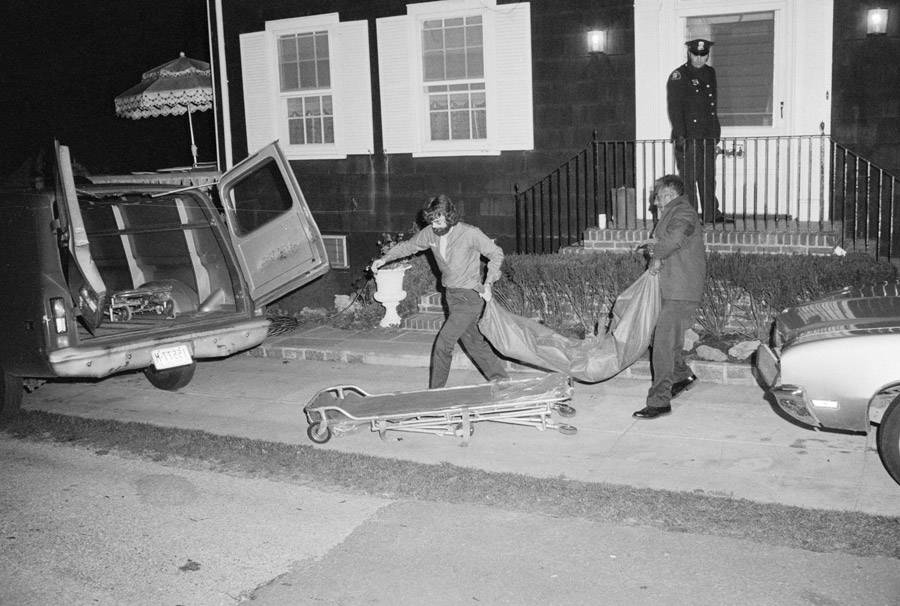 In 1971, Amity Ville near the Long Island, New York became the stop of unusual supernatural activities. Ronald Defeo murdered his entire family in the middle of the night. He later claimed that his actions were in control of some supernatural activity and voices. After a year, Lutz family purchased the house. Lutz later claimed that they experienced some unusual, unexplainable mysterious and creepy activities inside the house.

A few months later, Lorraine stated that she experienced some sort of demonic activities in their house. And she was successful in capturing the photograph of one such activity. 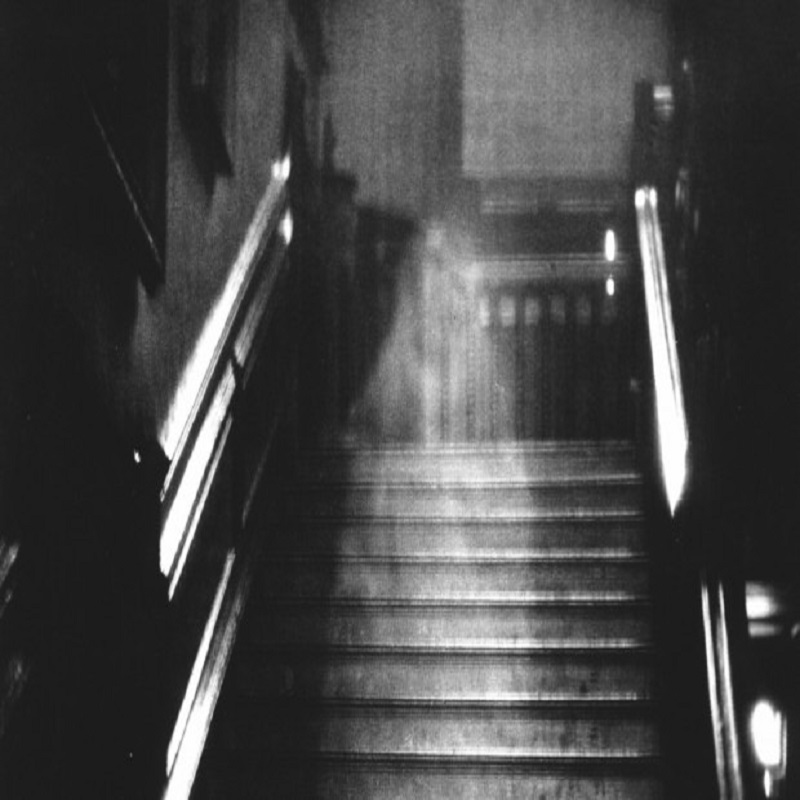 This picture was taken by Captain Provand and Indre Shira in 1936. The ghost is named as a Brown Lady because she appears in rich brocade brown dress. She is believed to be Dorothy Walpole, sister of Robert Walpole. She was married to Charles ll in 1713.

She died in some mysterious circumstances. Since then, people got frightened after seeing her sightings. People encountered her at the same spot. When they looked into her face, they saw two black sockets instead of her eyes. She was horrifying, to say the least. 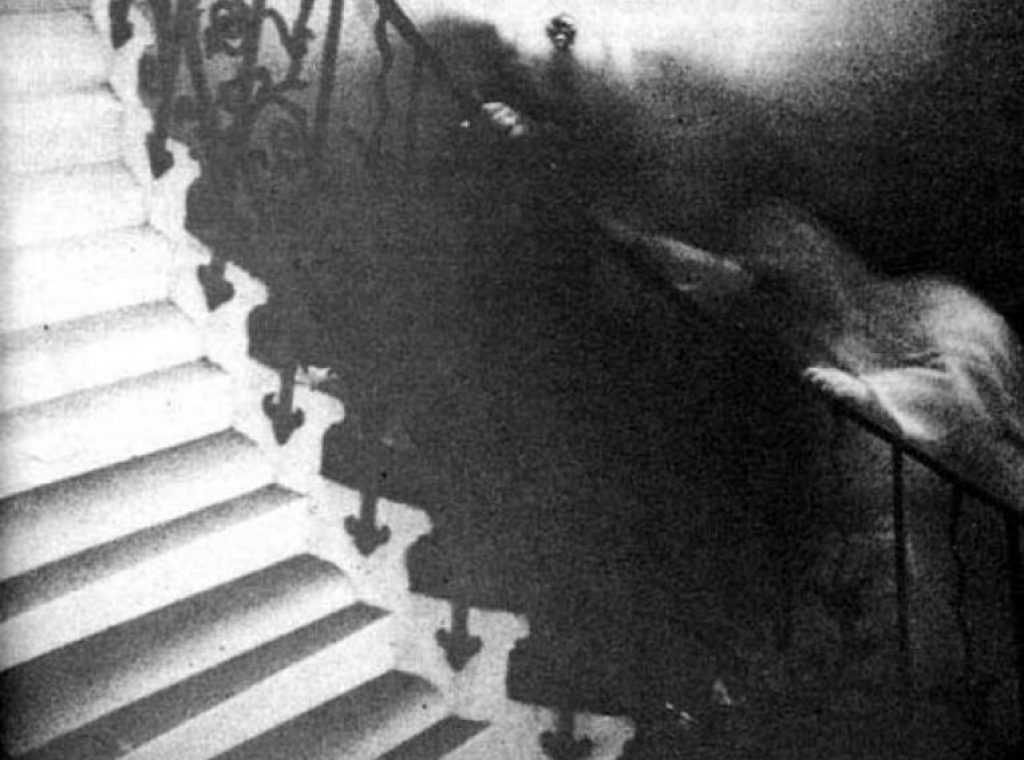 In 1966, Ralph Hardy was taking the picture of the spiral staircase in queen’s house section of National Maritime Museum, Greenwich. Experts checked the original negative to see whether it's a hoax or real. But the evidence was true.

It proved that the slamming doors, voice of children's and footsteps were just mere imaginations. Full body apparitions, mopping blood from the staircase appeared on some occasions. According to the historian, a maid was thrown ago from the rooftop of the building 300 years  ago and she died, since then these sightings were observed by the crew members of the place. Perron family lived in the farmhouse of 200 acre, plenty of space to raise their five children. But the family after shifting to the place started experiencing some terrible things of supernatural powers.

So they contacted Warren Lorraine to look into the matter. After some time, she found that the place was occupied by 2-3 spirits which were hovering over the family. With preachings and verse of bible, they released the spirits to go back to hell.(3.1) 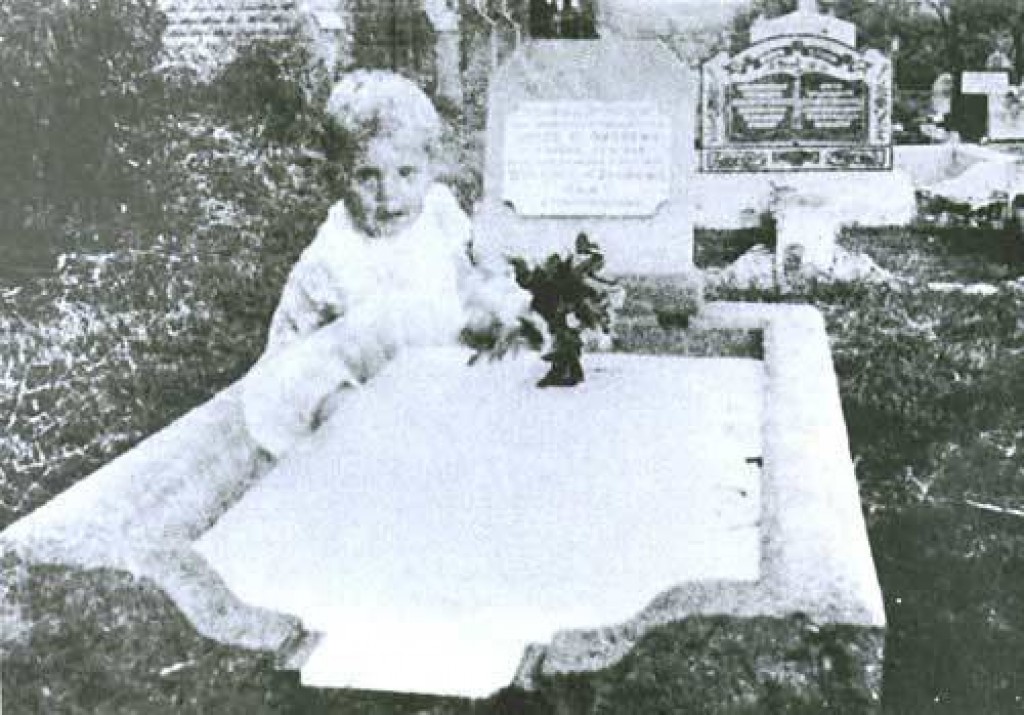 In 1946, a woman named Mrs. Andrews went to his daughter's graveyard and took the picture of it. When the image was developed, she saw a baby looking straight into the car. The baby was not similar to her daughter and there were no children in the cemetery that day.

Later on, paranormal researchers went to look into the matter, they found that there were graves of two other children next to her daughter and this ghost baby was one of them. 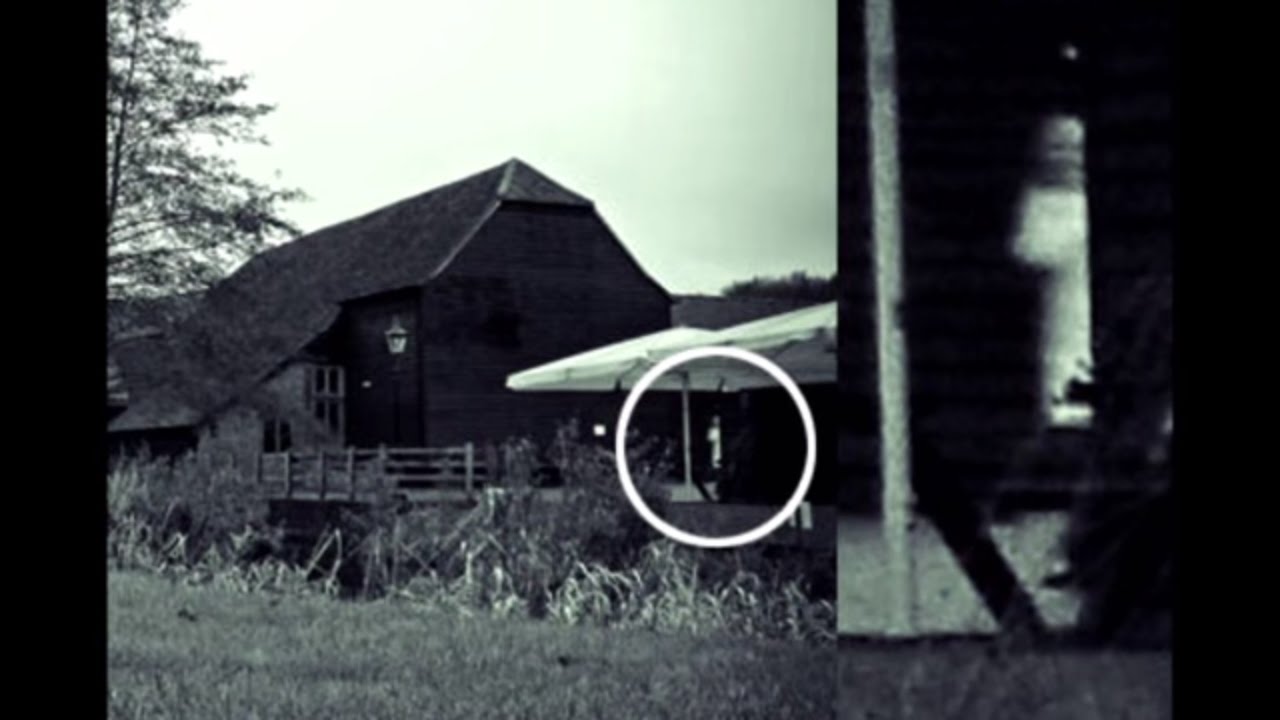 Photographer Neil Sandbach took the photograph of the farm, later, when he saw the digital photograph, he observed a boy hiding behind the wall. But he was certain that there was no child on the farm that day.

When he confirmed from the farmers about the supernatural experience. They said that many times, they have observed a specter boy dressed in white night dress near the farm. (3.2)

The figure was just similar to the mother whose grave they visited. They tried to investigate whether the photograph was a reflection or double exposure. But they came to know that it was a genuine one.The picture shows that a person is sitting in the back seat wearing glasses. 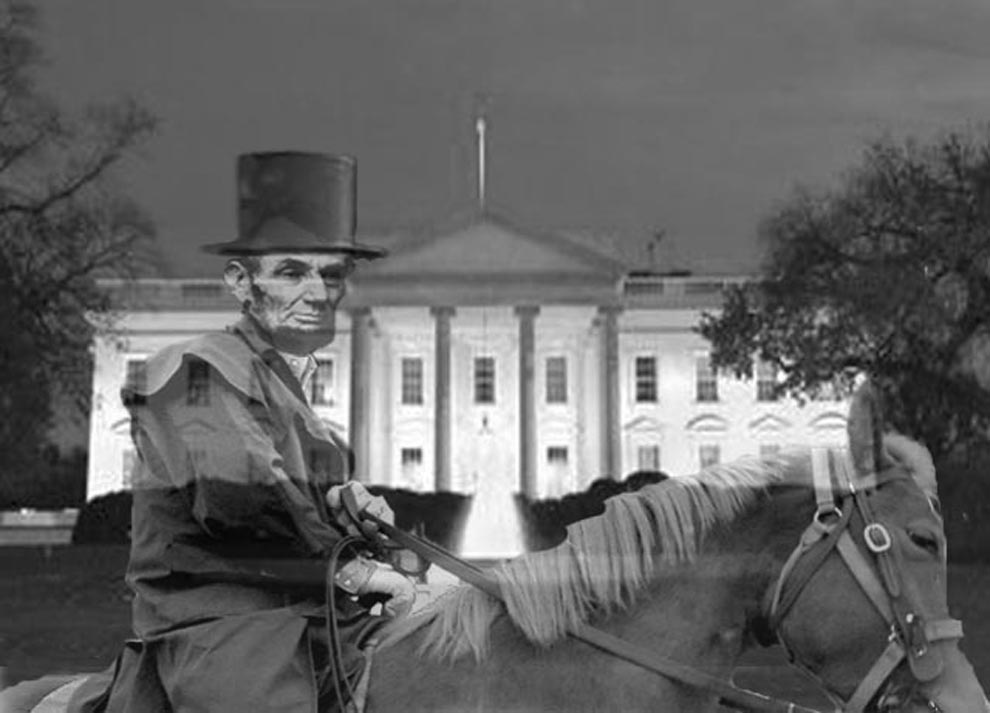 Abraham Lincoln saw his own fate with his eyes and reported to the cabinet that he wandered a funeral in the white house. When the person inquired about the mourner who died he said it's the President.

Abraham Lincoln ghost was encountered by many visitors and residents of the White House. Among those Queen Wilhelmina, Winston Churchill, Grace Coolidge encountered president’s ghost. According to the Winston Churchill, when he came out after the bath, he saw Mr. President near the fireplace. When he said good evening Mr. President, you came here, to take disadvantage of me. The ghost smiled and disappeared. 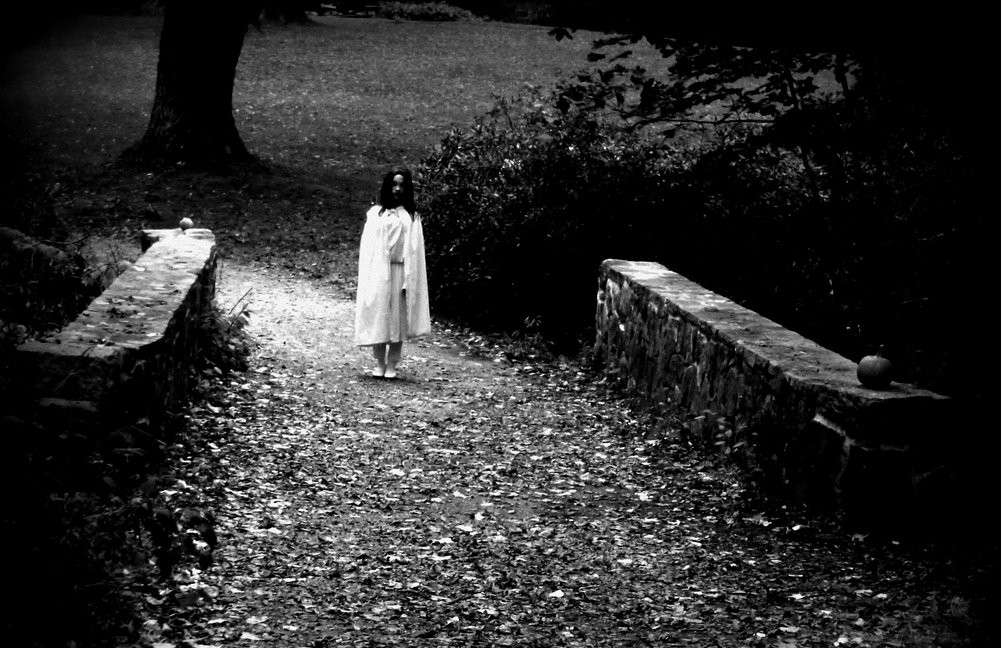 People who travel the northeast lane between the Willowbrook Ballroom and Resurrection Cemetery often get tempted to pick young women, wearing the party dress with blond hairs and blue eyes.

If you pick her up, she will take you to the Resurrection cemetery and vanish with the car. What makes it so distinctive is that all the people who go through the lane describe the same thing about the dead lady. (3.3)

These are some ghost encounters ever recorded in the world.

10 Most Unconventional Museums from London That are Worth a Visit