Was the Chinese Straddle Vehicle That Gained Huge Attention a Scam? 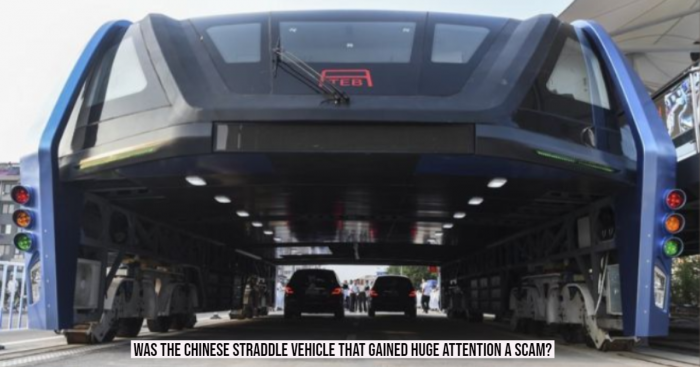 China is, no doubt, a country that creates innovative things that could never be seen anywhere else in the world. A few years ago, a Beijing company had developed a technology that would save a lot of road space. At first, it looked like a car-eating transformer that would solve traffic problems.

The pictures of this straddle-bus went viral on the internet, and everyone started searching for it more. The TEB or the Transit Elevated Bus was an electrically powered vehicle with a capacity of over 300 passengers, moved along the highway and allowed road traffic to flow below.

The vehicle was developed to solve the China traffic problems and pollution. The team conducted its first test in August 2016 at the northeastern port city of Qinhuangdao. Unfortunately, it failed, and the bus now sits idle at the testing site. Cars traveling from both directions have to come on the other side of the road to avoid this test track. This is affecting traffic so much.

The Company Built Special Tracks for This Giant Vehicle 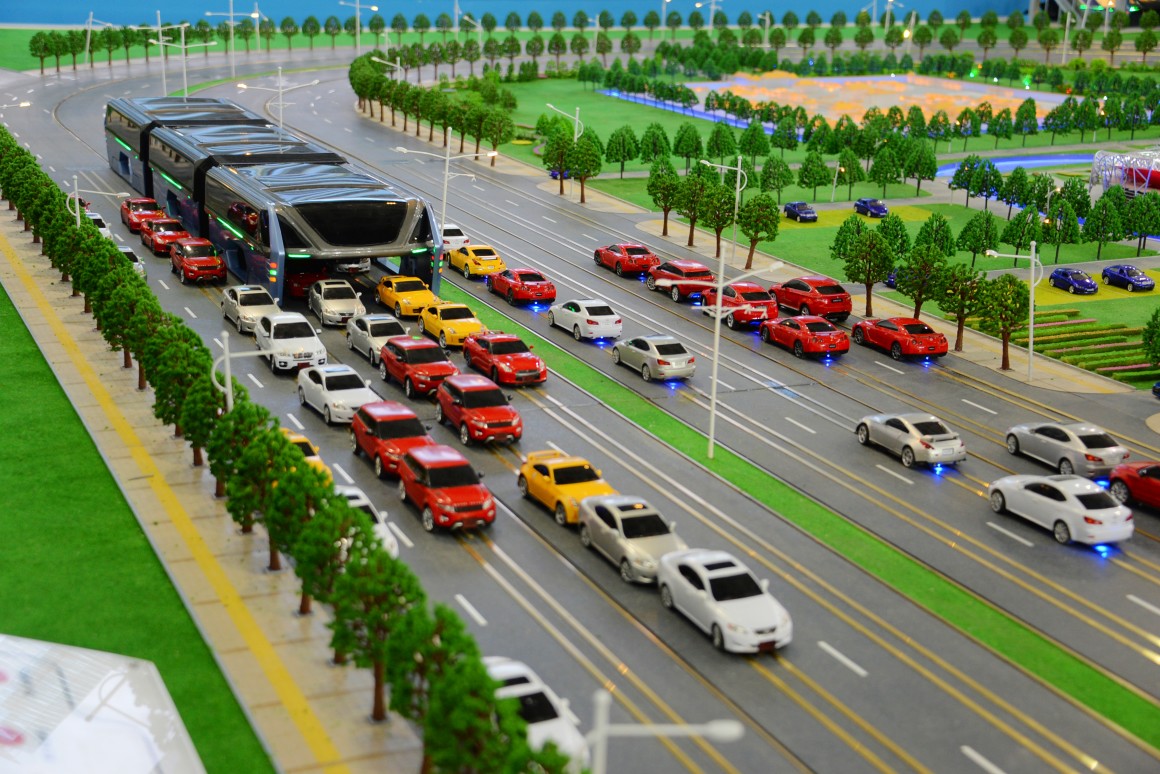 To conduct the test drive, the company built the special track which was 16 feet high and 72 feet long. The bus was cheaper to make than a subway, and as it was powered by electricity, it was environment-friendly. The bus could travel 40-60 km per hour.

Each bus they built could carry over 400 passengers, and they could use an elevator to get down at the bus stop that was along the route. The idea was to reduce traffic jams and pollution in the country. Nearly 50 cities in the world that are considered to be the most polluted and congested are in China. Nanyang, Zhoukou, Shenyang are a few of them.

After failing, the company, i.e., TEB technology was asked to restore this road by the end of 2016 August but, that never happened. The tracks are still there and causing traffic.

The Idea of Elevated Bus First Came in 1969 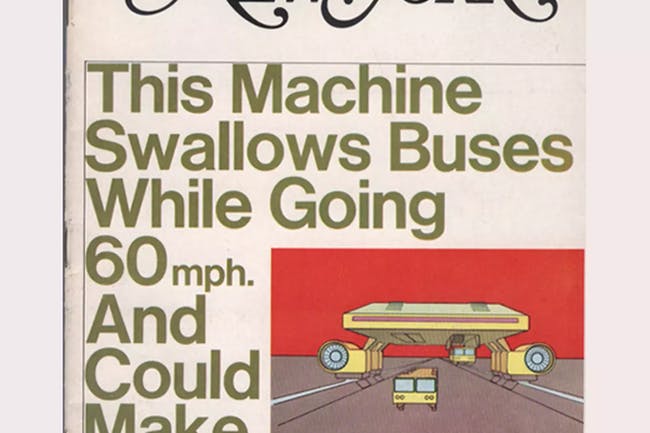 The idea of an elevated bus was first given by architect Craig Hodgetts. Back in 1969, his concept of Landliner was the cover page of New York magazine.

The magazine described the concept as:

“Both bus and Landliner are traveling at 60 miles an hour, their speeds locked together by computer; then a great claw descends from the Landliner to “swallow” the bus. Once inside, the passengers disembark and enjoy the facilities. Since these buses circle a city picking up commuters, driving the car to the station and leaving it all day will be a thing of the past.”

In August 2010, Chinese developers first proposed the idea of testing a real car eating bus. They choose China’s most traffic and polluted cities. By allowing a high capacity bus, they would control the traffic and would help the people to move faster. But their plan was canceled because of some reason.

Finally, in 2016, the straddle car was developed and grabbed the attention of people. But things didn’t go well, and people raised questions on its height and other practicality.

Not Everyone was Happy With the Idea While some were happy to see this new idea as a top solution to stop pollution, others found this idea naive. They said driving under the bus doesn’t have good quality for signals and traffic lights, which may cause accidents. The bus sides would affect other cars’ turns. Other several questions were raised about the TEB’s straddling car practicality.

Straddling Bus - A Scam or a New Technology in the Country? 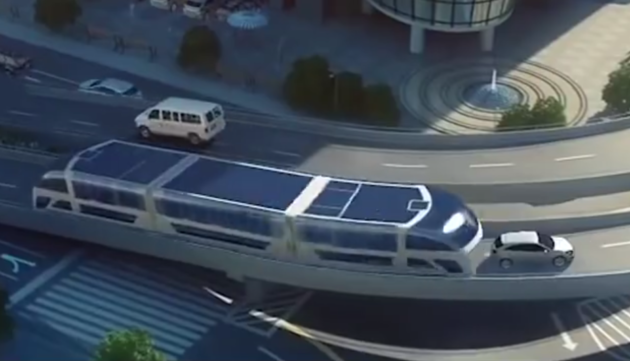 After the technology failed, the Beijing police announced that they had started the investigation about the company to the alleged illegal fundraiser. Over 30 people that had been associated with the TEB were held in the case. The police worked to recover the funds from the company and also advised TEB investors to report their complaints to the police station.

Bai Zhiming, the chief executive of the TEB Technology Department, purchased the patent for the straddling bus. Days before his arrest, he said to media that he planned to move this staddling bus to another city.

The industry experts also questioned the safety risks its practicality that the bus would bring to the regular traffic. One report said:

“Several media houses raised concerns over the investment offering of the bus which was sold as a private fund with a starting price of $15,000 and offered an annualised return of 12 per cent.”

Over 72 individual investors filed lawsuits against Bai and Huaying Kailai for private lending disputes. Police confirmed that they are investigating Huaying Kailai, an online financing platform through which the bus company raised its funds.

Do you know another country that has developed technology like this? Although this technology was found to be a scam, the elevated bus could have done a better job if more focus was put on its practicality rather than making money from the public. Check out amazing futuristic projects by China that attracted people.

What do you think about this straddle vehicle scam? Drop your comments below.

6 Surprising Ways How Apple Products are Crafting our Future