What Is Zero Divided by Zero? - The Actual Fact

Division by zero means a division where the divisor i.e. denominator is zero. Considering the dividend (numerator) as a... 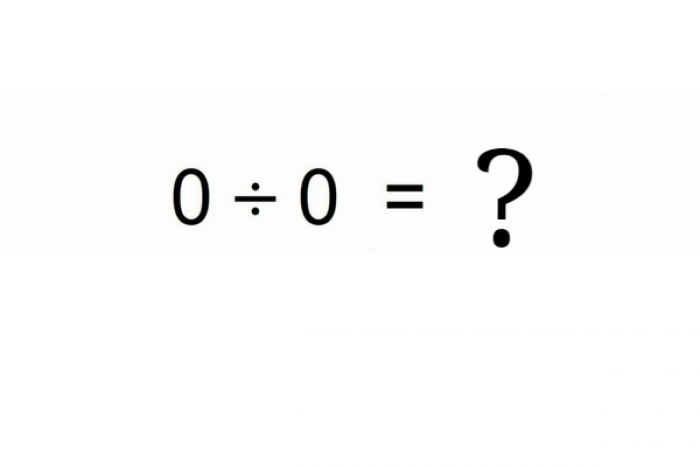 Division by zero means a division where the divisor i.e. denominator is zero. Considering the dividend (numerator) as a where a is not equal to 0, this division can be expressed as a/0. This expression has no meaning in ordinary arithmetic since there is no number which can be multiplied by 0 and so division by 0 is undefined. One of the earliest recorded references to this mathematical impossibility is contained in George Berkeley's criticism of infinitesimal calculus in The Analyst.

Taking all this in simpler terms, division is considered as splitting a set of objects in equal parts. If ten cookies are to be divided equally among five people, then each one would receive 10/5 = 2 cookies. But what if we want to divide 10 cookies among 0 people? In mathematical jargon, 10 items cannot be partitioned into 0 subsets. So, 10/0 in elementary arithmetic is meaningless or undefined.

But have you thought what the result of 0 divided by 0 is? Let’s find out.

(assuming y is not equal to 0)

0/0 is not only undefined but also an indeterminate form. Moreover, it means that you have made a mistake in the formulation. You need to reconsider the question.

However, there are some mathematical structures in which a/0 is defined such as in Riemann sphere and the projectively extended real line. But these structures cannot satisfy every ordinary rule of arithmetic.

There are some other contexts where division by zero can be considered as defined.

in extended complex plane C-*, z/0 is a quantity known as complex infinity.

Although division by zero is not defined for real numbers, limits that involve division by a real quantity x which approaches zero can be defined. For example,

But some limits may also approach infinity,

Do Hair And Nails Grow After A Person's Death?