The self-taught rocket scientist who "doesn't believe in science" has failed in his latest launch held on Saturday in which he flew himself into the sky on his homemade rocket to prove that Earth isn’t round. 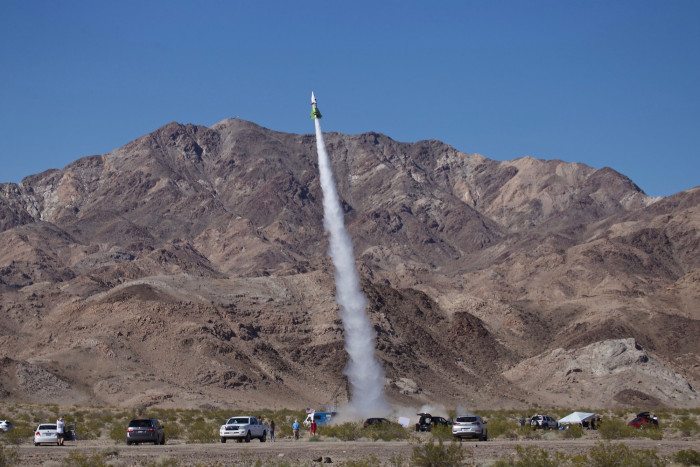 It is shocking but, he actually propelled himself about 1,875 feet into the air before a hard landing in the Mojave Desert.

Actually, The 61-year-old limo driver doesn’t believe in scientific theory about the earth and he has his own perception of earth’s shape. He is quite known for his belief that the “Earth is shaped like a Frisbee”.

In order to prove his own beliefs he actually built his own rocket. He built the ‘steam-powered’ rocket using scrap metal in which he spend around $20,000 (£15,000), Said Sources. It is quite shocking that he spent months building his rocket.

Well, the tiny one isn't quite sufficient for his purposes; He was actually hoping that this launch will raise enough money to help him build a real orbital rocket.

Although, the launch in the private zone or in the desert town about 200 miles east of Los Angeles was originally scheduled in November. But, due to lots of authentication and logistical issues with the Bureau of Land Management and mechanical problems, he never gets chance to execute his mission.

After that in February, Hughes finally attempted his launching of homemade rocket, but his rocket didn’t ignite and blamed technical difficulties.

In an interview he said once: I’m tired of people saying I chickened out and didn’t build a rocket. I’m tired of that stuff; I manned up and did it.

After coming from the unsuccessful attempt, the self-taught rocket scientist, claimed he only had a bad back.

He said: “This thing wants to kill you 10 different ways. Am I glad I did it? Yeah, I guess. I’ll feel it in the morning. I won’t be able to get out of bed.

At least I can go home and have dinner and see my cats tonight.”

His flight was sponsored largely by a group called, ‘Research Flat Earth’. Said sources and according to the current estimation, it was found that reached a speed of 350 mph. Reportedly, Nasa supplied him parachutes for safe landing.

Surprisingly, In a recent interview, he said that he started believing in the theory. And also he said-

“It will shut the door on this ball Earth.

This is the king of the deceptions. This is it. And once this domino falls and more people come to this side, then everything else — the dominos structure falls.”

So, what do you think, will he try it again? Well, there is no clear indication as for now about his next launch. He himself said he is unlikely to do it, but he also said that- I’ve said it before and I’ll say it again, pretty confusing right?