McMurdo Station is Antarctica's largest community. It is built on the bare volcanic rock of Hut Point Peninsula on Ross Island, ... 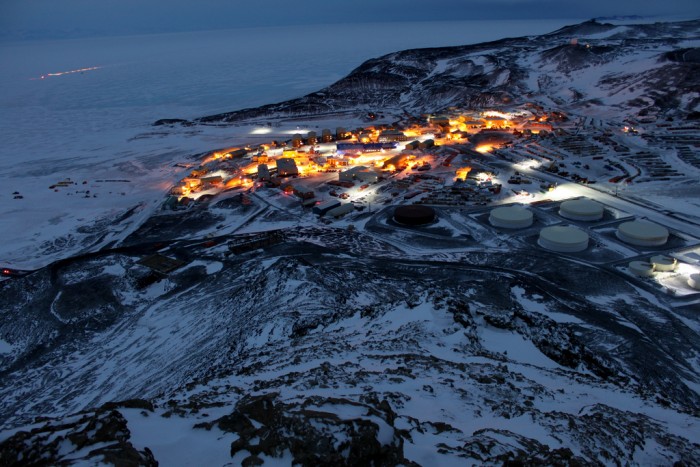 McMurdo Station is Antarctica's largest community. It is built on the bare volcanic rock of Hut Point Peninsula on Ross Island, the farthest south solid ground that is accessible by ship. Established in 1956, it has grown from an outpost of a few buildings to a complex logistics staging facility of more than 100 structures including a harbor, an outlying airport (Williams Field) with landing strips on sea ice and shelf ice, and a helicopter pad. There are aboveground water, sewer, telephone, and power lines linking buildings.

McMurdo Is The Southern-Most Harbor 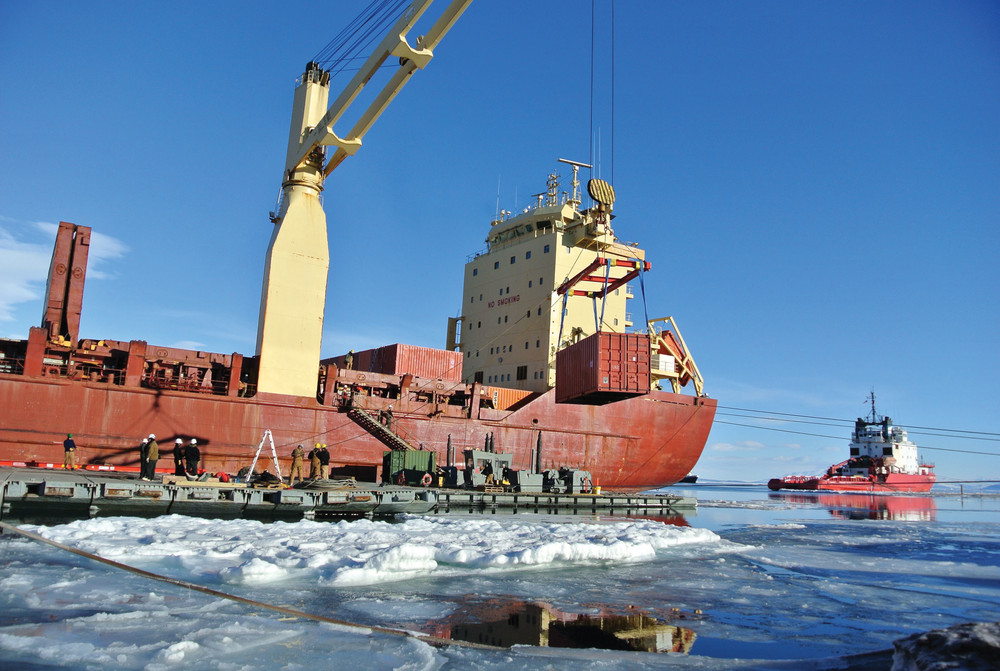 McMurdo has the world's most southerly harbor. A multitude of on- and off-road vehicles transport people and cargo around the station area, including Ivan the Terra Bus. There is a road from McMurdo to the South Pole, the South Pole Traverse.

10°C Is the Hottest McMurdo Has Ever Got 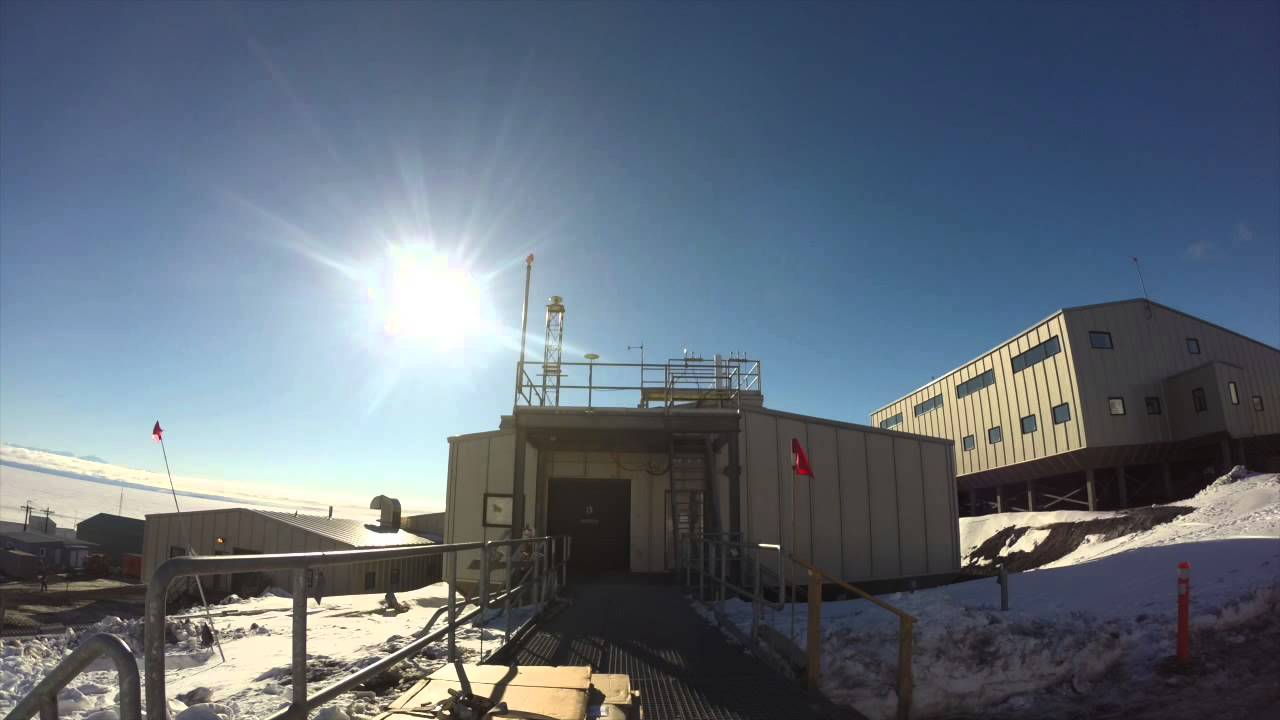 With all months having an average temperature below freezing, McMurdo features a polar ice cap climate. However, in the warmest months (December and January) the temperature may occasionally be above freezing.

The place is protected from cold waves from the interior of Antarctica by the Transantarctic Mountains, so temperatures below −40° are rare, compared to more exposed places like Neumayer Station, which usually gets those temperatures a few times every year, often as early as May, and sometimes even as early as April, and very rarely above 0 °C. The highest temperature ever recorded at McMurdo was 10.5 °C (50.9 Fahrenheit) on December 30, 2001. 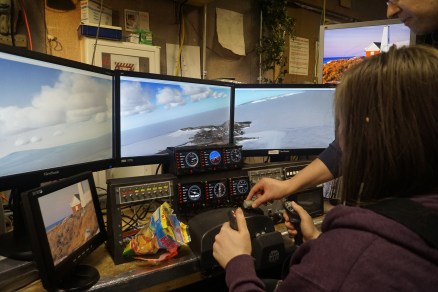 For a time, McMurdo had Antarctica's only television station, AFAN-TV, running vintage programs provided by the military. The station's equipment was susceptible to "electronic burping" from the diesel generators that provide electricity in the outpost. Now, McMurdo receives three channels of the US Military's American Forces Network, the Australia Network, and New Zealand news broadcasts. Television broadcasts are received by satellite at Black Island, and transmitted 25 miles (40 km) by digital microwave to McMurdo. 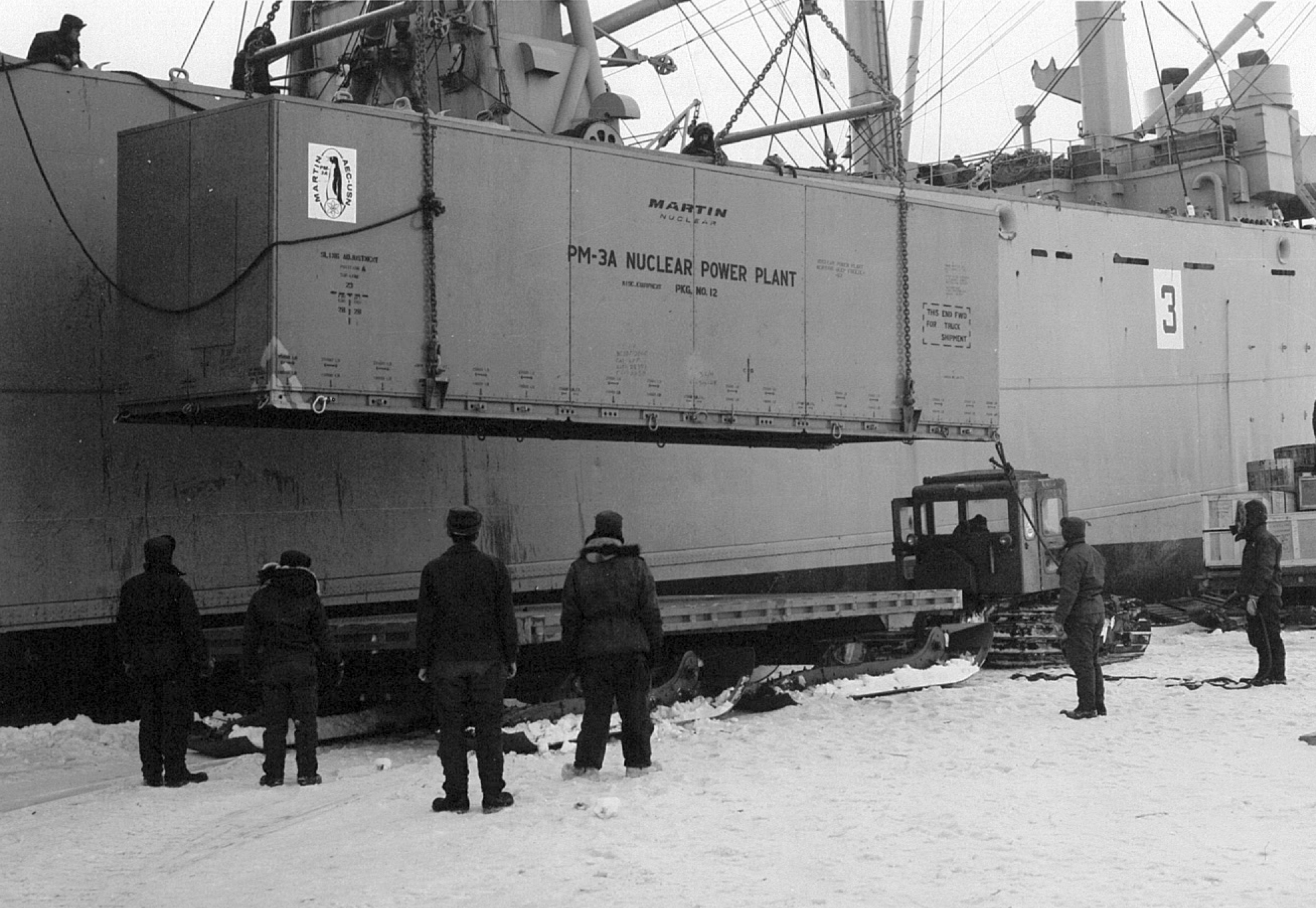 On March 3, 1962, operators activated a nuclear power plant at the station. The plant, like nearby Scott's Discovery Hut, was prefabricated in modules. Engineers designed the components to weigh no more than 30,000 pounds (14,000 kg) each. A single core no larger than an oil drum served as the heart of the nuclear reactor. These size and weight restrictions were intended to allow the reactor to be delivered in an LC-130 Hercules aircraft. However, the components were actually delivered by ship.

The reactor generated 1.8 MW of electrical power and reportedly replaced the need for 1,500 US gallons (5,700 l) of oil daily. Engineers applied the reactor's power, for instance, in producing steam for the salt water distillation plant. As a result of continuing safety issues (hairline cracks in the reactor and water leaks), the U.S. Navy Nuclear Power Program decommissioned the plant in 1972.

Aurora Borealis Over The Bust Of Admiral Byrd 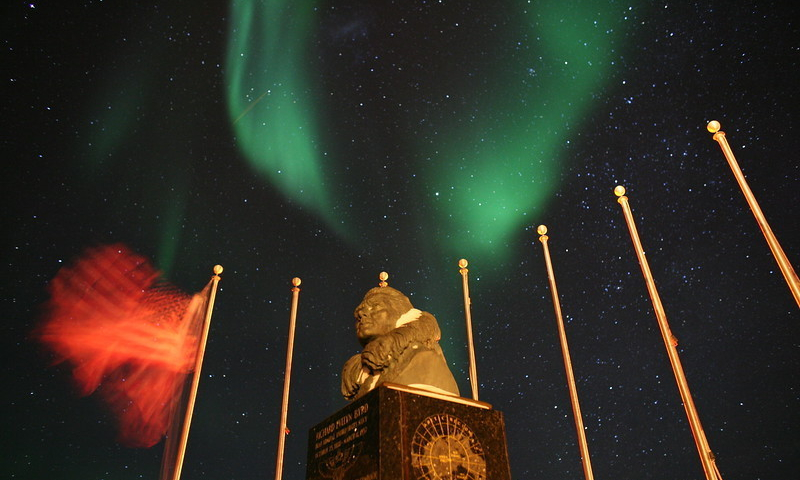 A memorial to the late Rear Admiral Richard E. Byrd(the first person to fly to the South Pole) was dedicated at McMurdo Station on October 25, 1965, the anniversary of his birthday. The bronze bust of the famed explorer rests atop a polished Norwegian black marble pedestal which has inscribed on its sides the more significant achievements and the dates of his five Antarctic expeditions.

If You’ve Ever Wanted To See The Sun At 2:30 Am, Fly To McMurdo Through New Zealand 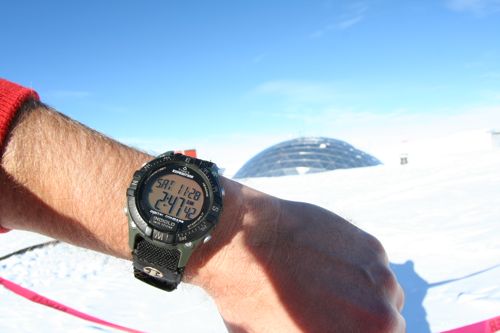 Sunlight 24 hours a day, 7 days a week, for 6 months of the year might sound cool. And it is! But it also messes with your sleep cycles. Under normal circumstances, your brain tunes itself to the cycle of light and dark you see each day and night. As light fades, your brain expects sleep; and when the sun comes back up, your brain becomes alert again. When you remove that dark part of the cycle, your brain gets confused and isn't sure when to get tired. This (combined with hard work 6 days a week) helps explain why everyone at McMurdo has dark circles under their eyes!