Saturn’s sixth-largest moon ‘Enceladus’ is a celestial marvel in the solar system. This splendid snow moon was discovered in 1789 by British astronomer William Herschel. 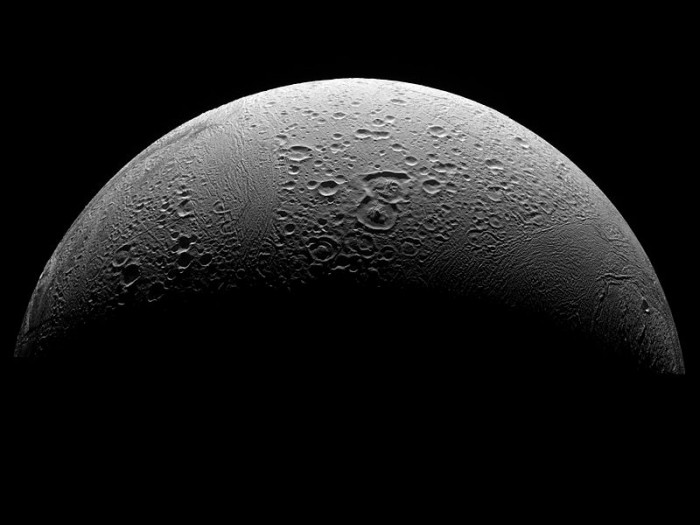 The sixth-largest moon of Saturn ‘Enceladus’ has just 157 miles (252 km) mean radius. It is regarded as one of the most scientifically spellbinding celestial bodies in our solar system. Under its icy crust, hydrothermal vents erupt water vapor and ice particles from an underground ocean. This plume consists of volatile gases, carbon dioxide, silica, salts, organic compounds, and carbon monoxide.

In 2005, Cassini discovered that the icy water particles found here are about one ten-thousandth of an inch or nearly as wide as a human hair. The particles and gas escape from its surface at a jet speed of nearly 800 miles per hour (400 meters per second). Continuous eruptions apparently occur. These eruptions refresh the surface and generate a huge halo of fine ice dust around Enceladus, that supplies material to the E-ring (one of Saturn's rings).

The Discovery of Enceladus 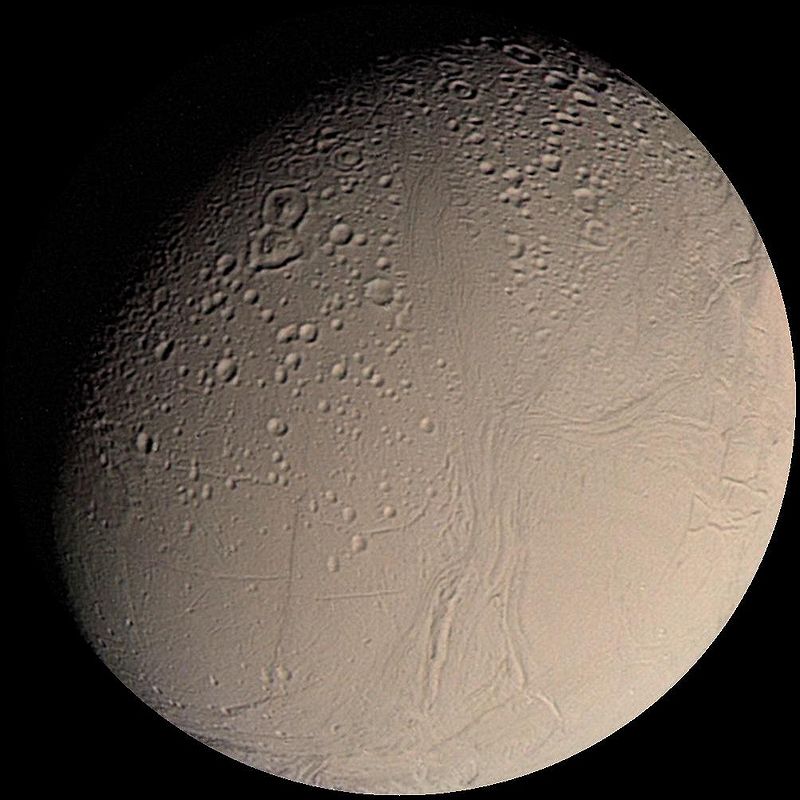 On 28 August 1789, the British astronomer William Herschel discovered Enceladus orbiting Saturn. The first use of his 1.2 m telescope (the world’s largest at that time) was made during this discovery.

How Did it Get Its Name? 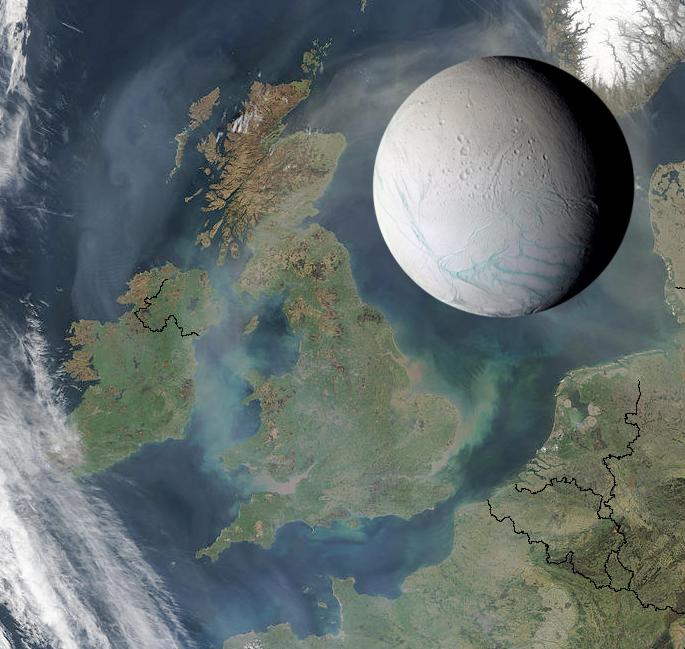 Named after the giant Enceladus of Greek mythology, the name of this moon was suggested by its discoverer’s son John Herschel in his 1847 publication ‘Results of Astronomical Observations’. These names were picked as Saturn, known in Greek mythology as Cronus, was the leader of the Titans.

It’s One of the Brightest Objects in the Solar System

Enceladus happens to be one of the brightest celestial bodies in the solar system. Like freshly fallen snow, it reflects 100% of the sunlight striking it. And because of reflecting so much sunlight, Enceladus’ surface temperature is extremely cold (nearly -201 degrees C).

Nearly as wide as Arizona, Enceladus has at least five distinct kinds of terrain. The south polar region is packed with house-sized ice boulders and surfaces carved by tectonic patterns that are unique to this area of the moon. Scientists dub the deep chasms as "Tiger Stripes." 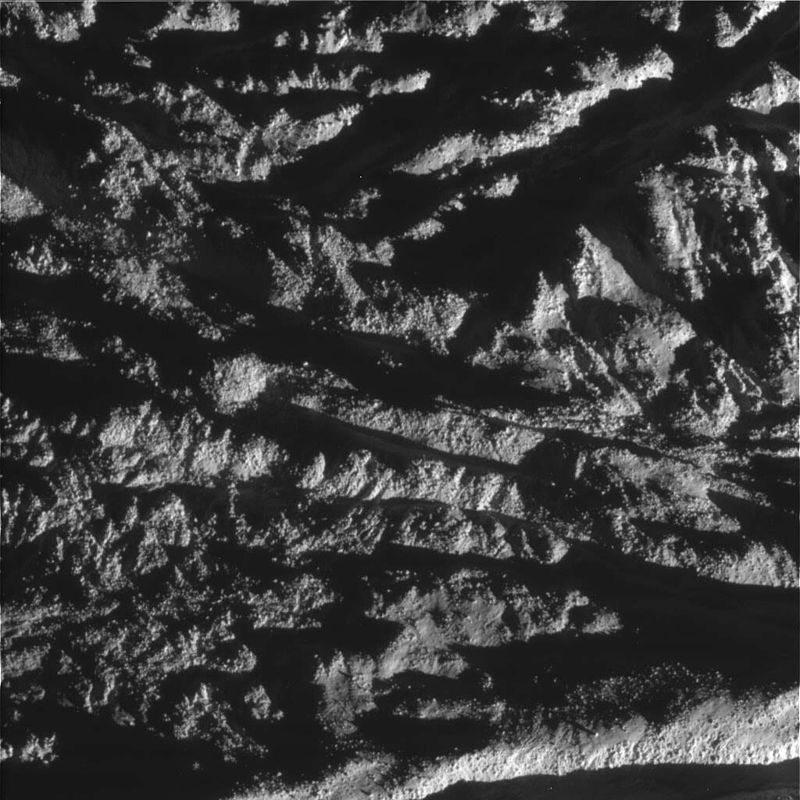 Even though discovered in 1789, not much was known (except mass, albedo, and density) about the moon Enceladus until Voyager I & II made a flyby during the early 1980s. After that, in 2005, Cassini began making several close flybys thereby uncovering surface and environment in a detailed manner. Especially, Cassini found water-rich plumes expelling from the south polar region. 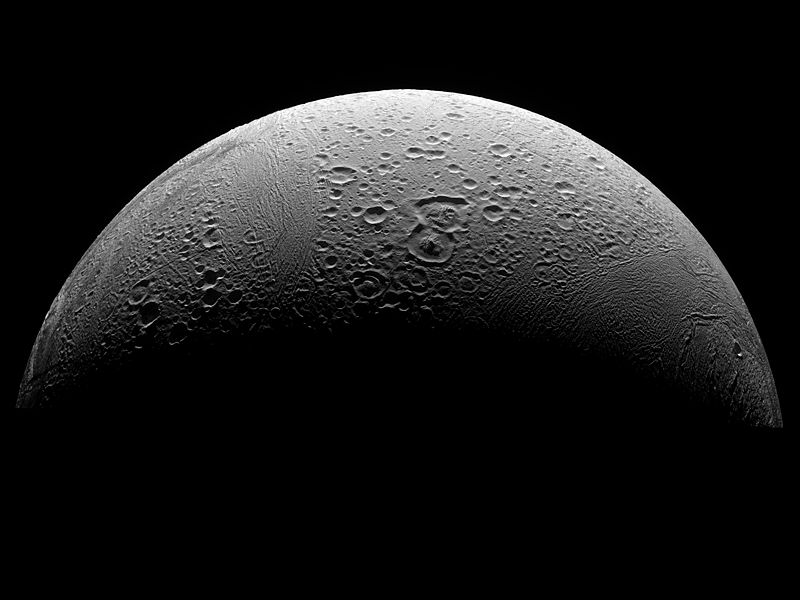 Enceladus has been crucial and quite promising for explorations pertaining to the existence of life because of its unique chemistry, internal heat, and global ocean.

In a recent study conducted by NASA, hydrogen has been discovered in icy water that periodically breaks out from the crust of the moon. This may indicate the presence of special underwater hot spots in this subsurface ocean when frozen water comes in contact with heated rocks. And as hot spots found on Earth’s oceans inhabit many deep-sea creatures, they might serve as perfect places for small organisms to thrive.

What’s more, four of the six most essential elements of life on Earth (carbon, hydrogen, nitrogen, and oxygen) have been discovered at Enceladus. However, phosphorus and sulfur have not been found.