A Photographer named Xavi Bou from Barcelona spent 5 years to capture the birds and how their flight traces would look if there were any. 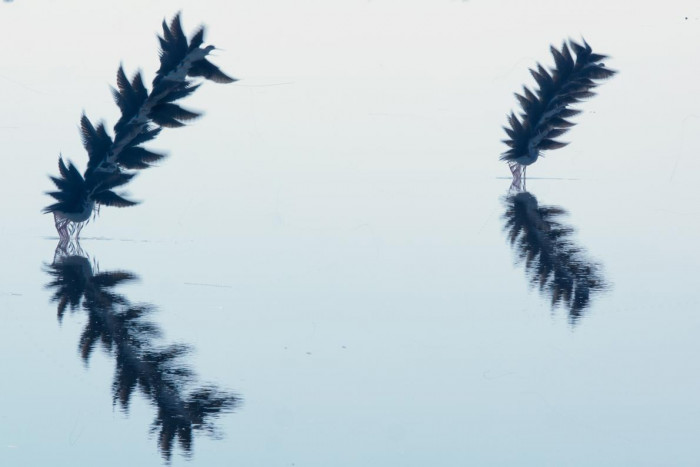 Nature never ceases to surprise the residents of the planet earth. Just mere observations can reveal a lot about, how this world functions. If you just look close enough, you'll get the answers you're seeking.

Xavi Bou is one of those curious people who will spend a good deal of their time to chase answers. He spent 5 years chasing birds and their traces and Boy! Are the results impressive?

1. The Flight Trace Looks More Like A Jet Trace 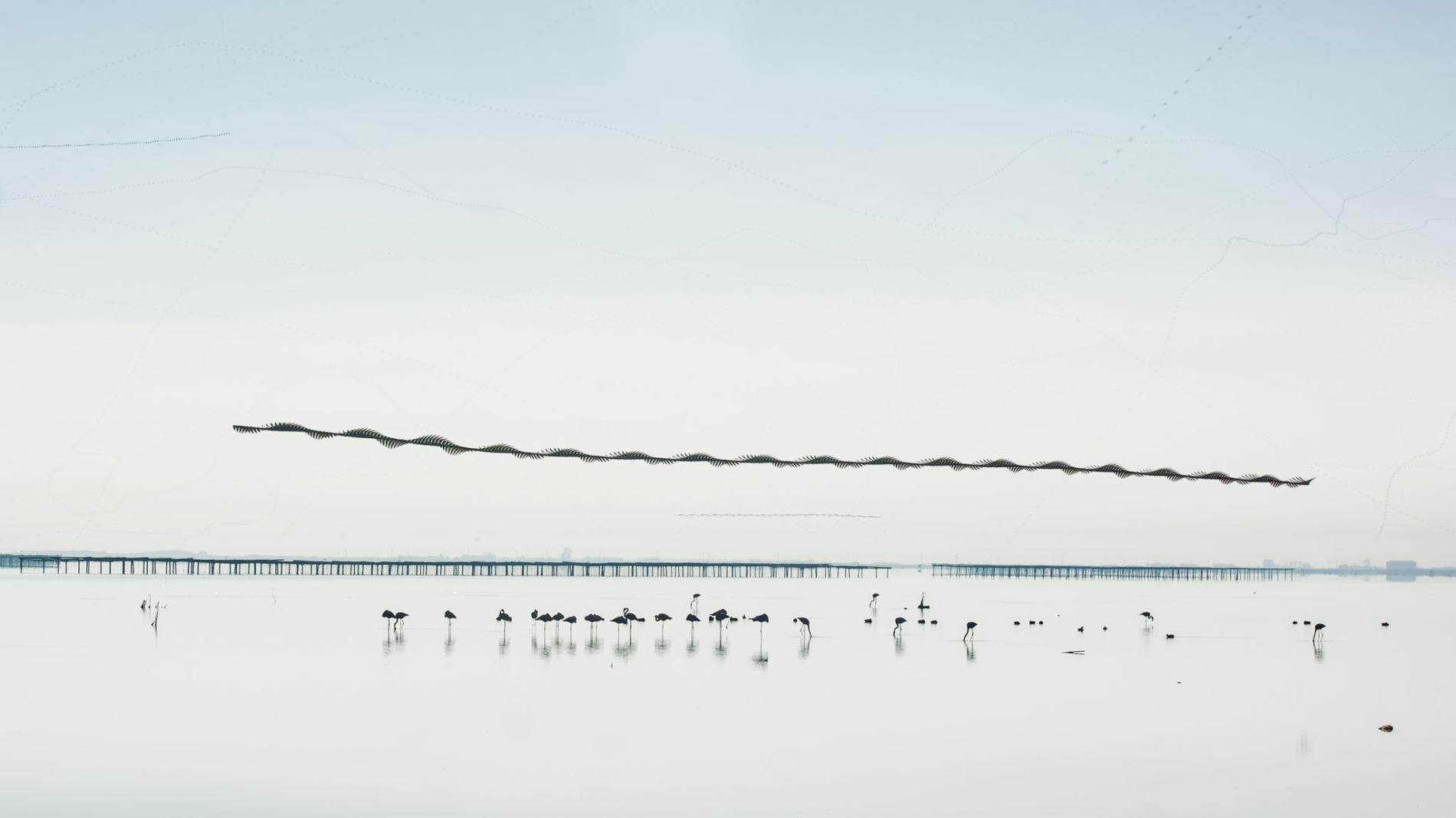 2. Is This For Real Or A Scene Of Mutant Birds Swarming From A Sci-Fi Movie 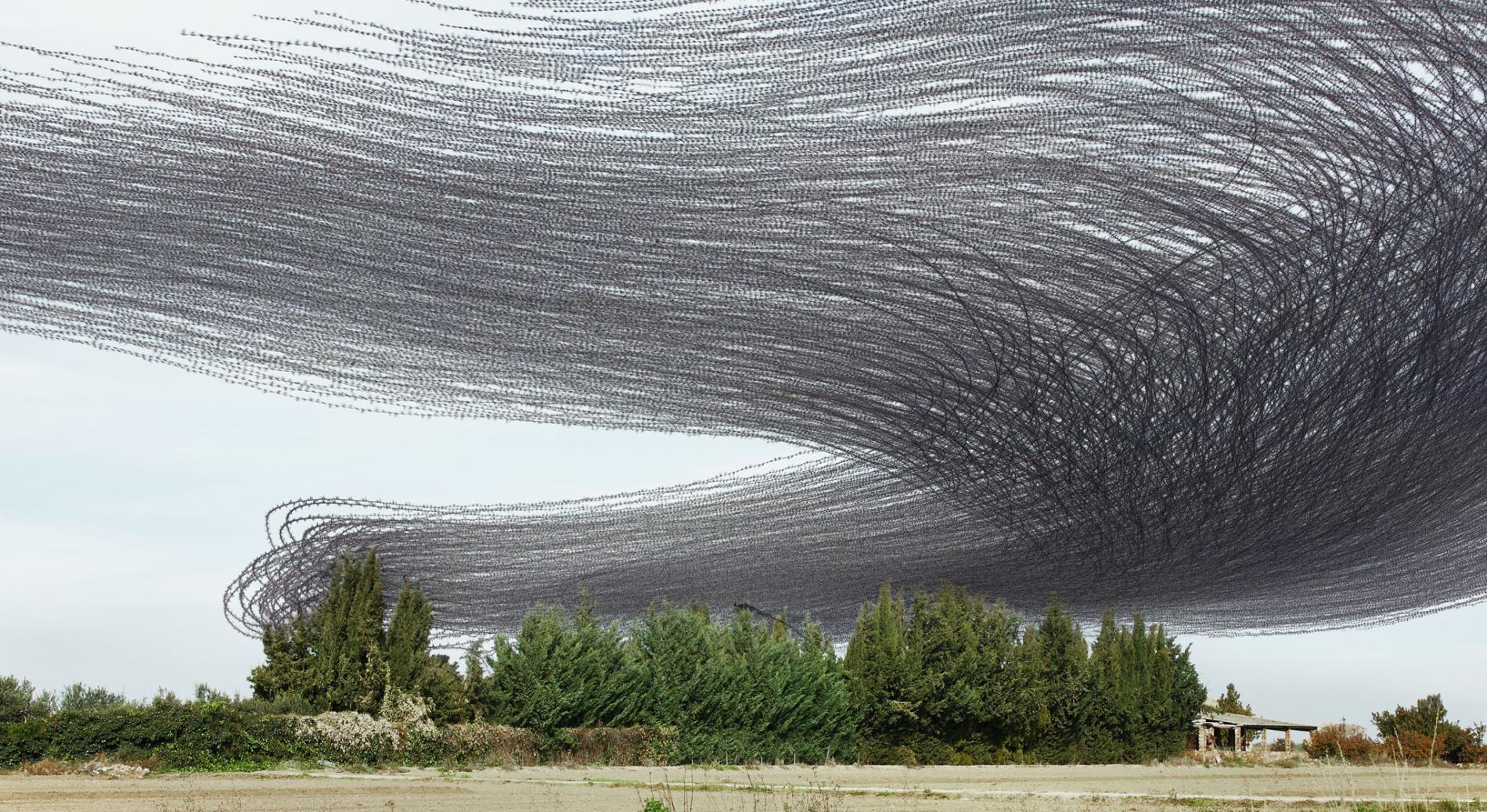 Singular bird traces look beautiful from a photogenic point of view but adding just enough amount bird traces together, it becomes a scene where a science experiment has gone horribly wrong.

3. Is It Just Me Or It Looks Like A DNA String? 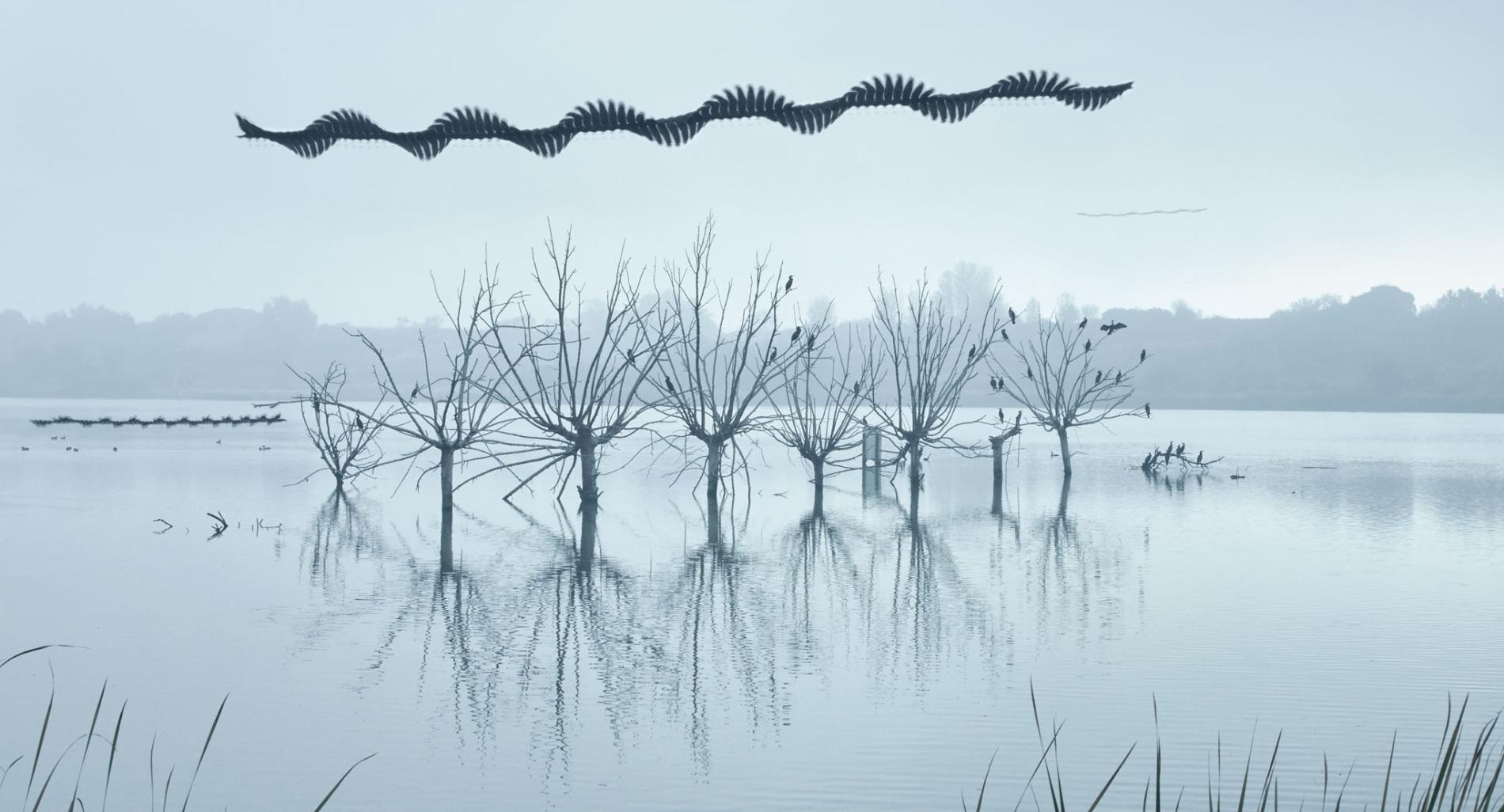 The contours made from the wings of the bird during the flight looks like a DNA structure.

4. This Picture Is As Terrifying As It Is Beautiful 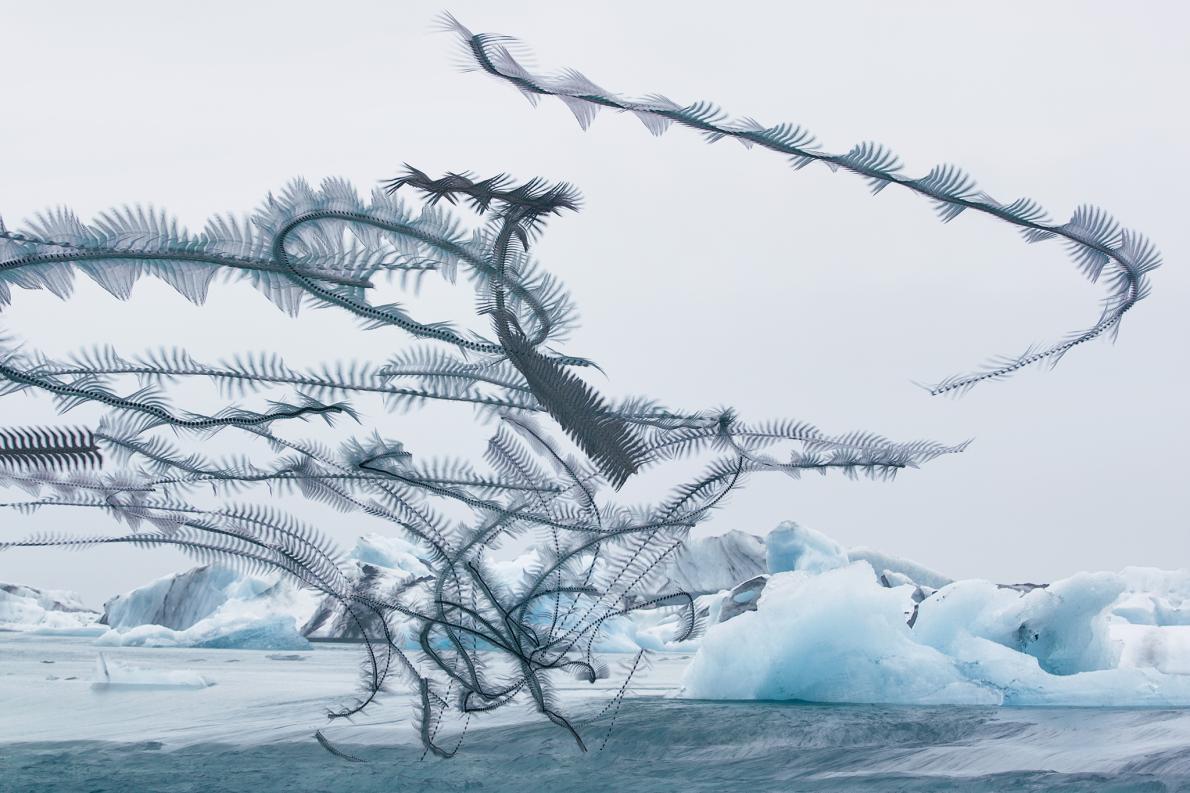 The spiral and cyclone-ish flight trace in this picture can be considered as the perfect combination of the beauty and scary.

5. These Are Not Storm Clouds But Flight Traces 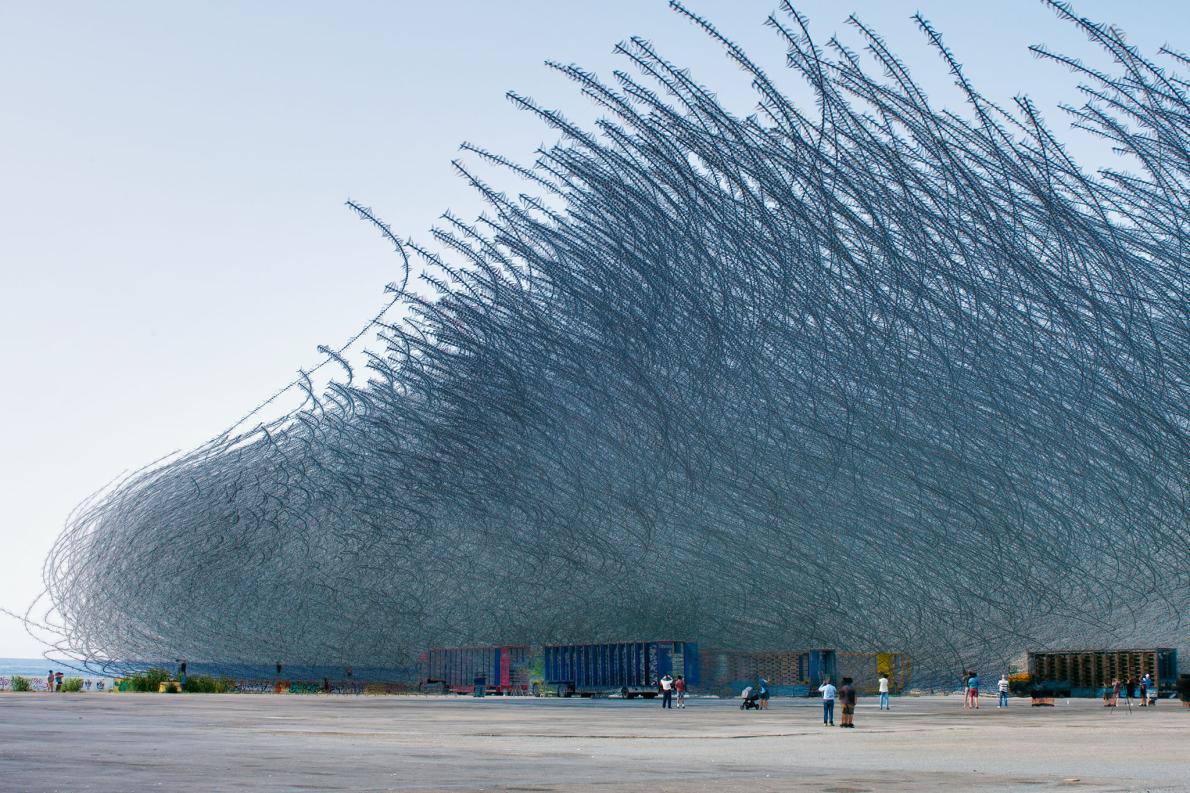 Even though it looks like one of those storm chasers episode but it certainly is not. It is the flight traces of a huge flock of birds that creates this scary ensemble.

6. These Birds Are Making Rail Tracks In The Sky 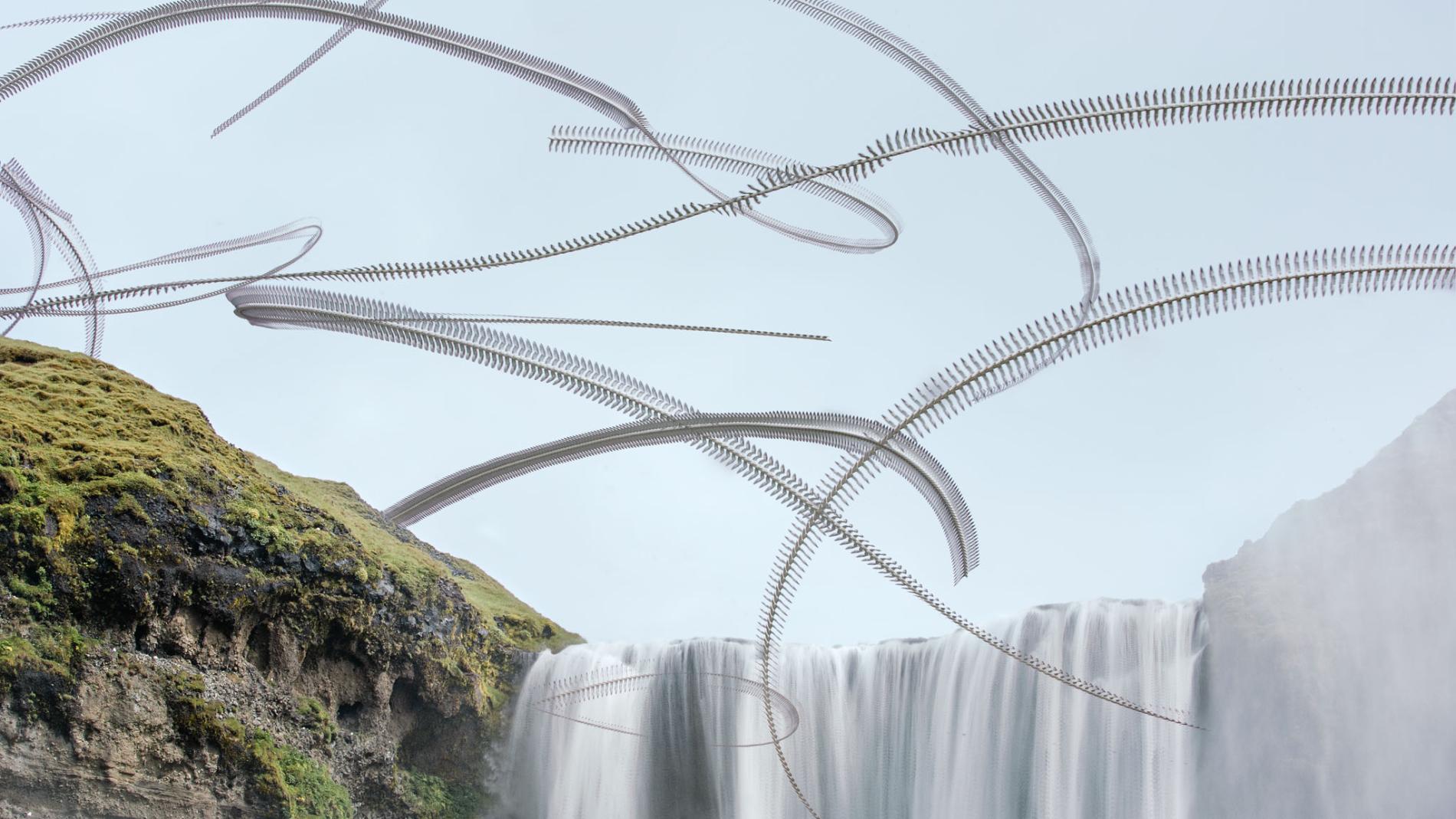 With a breathtaking backdrop of the skógafoss waterfall the northern fulmars appear to be engineering a track for monorails. 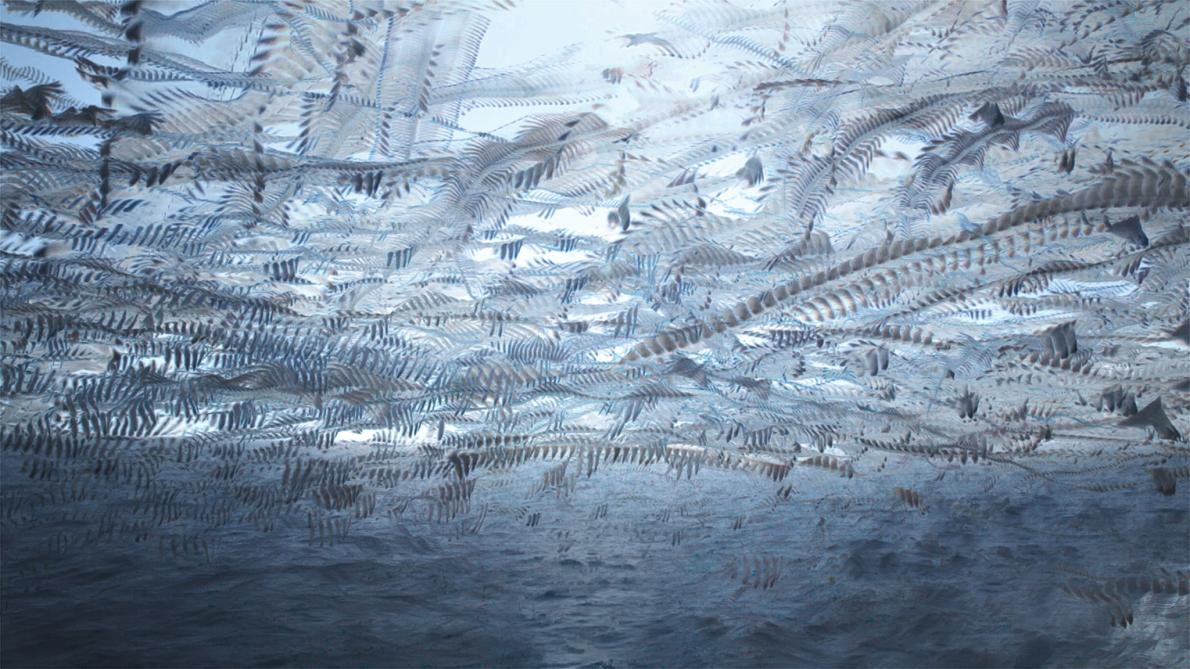 Near the fishing village of Roses, Spain, seagulls form a dreamy scenario as they chase a boat for scraps.

8. These Arctic Birds Are Artistic 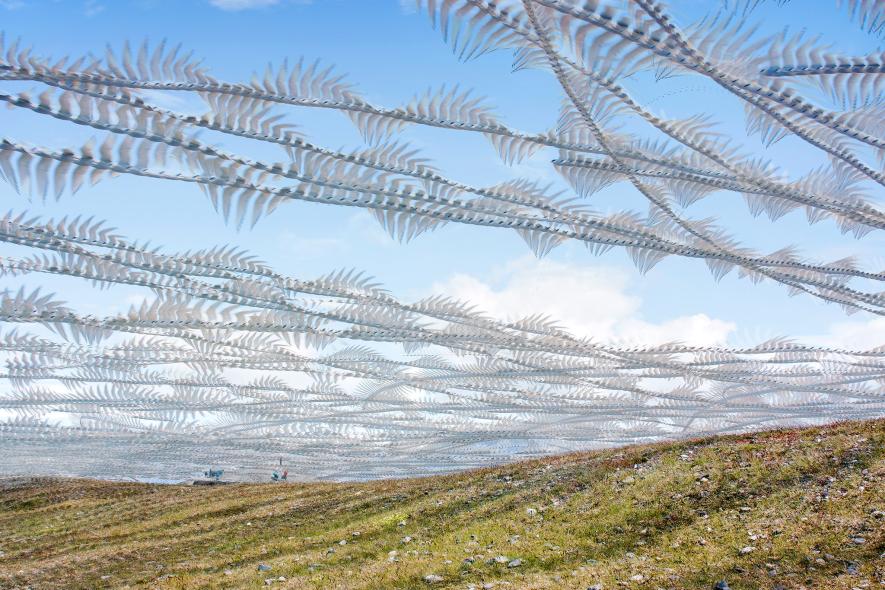 A colony of arctic terns flees from its nesting ground in Iceland.

9. This Belongs In An Art Exhibition 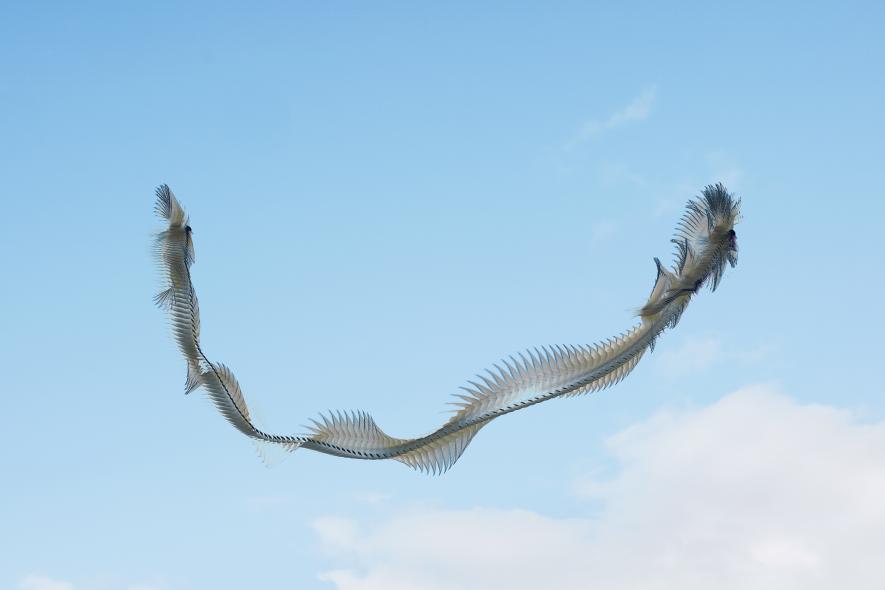 An arctic tern creates an unusual form as it flies against the wind at Jökulsárlón glacier lagoon in Iceland. 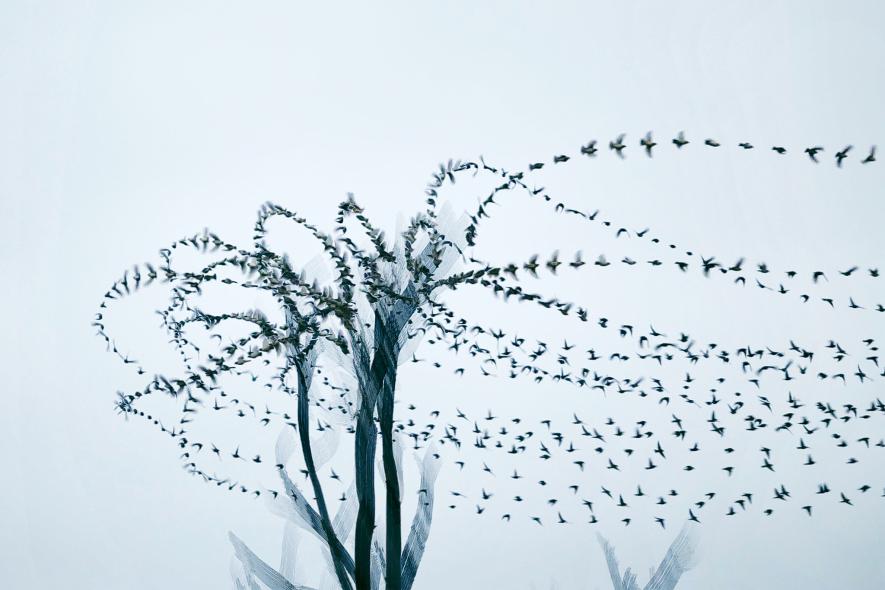 A group of bird flies away from a tree at Spain’s Laguna de Gallocanta salt marsh.

11. Serenity Is An Understatement For This Picture Created With Flight Traces 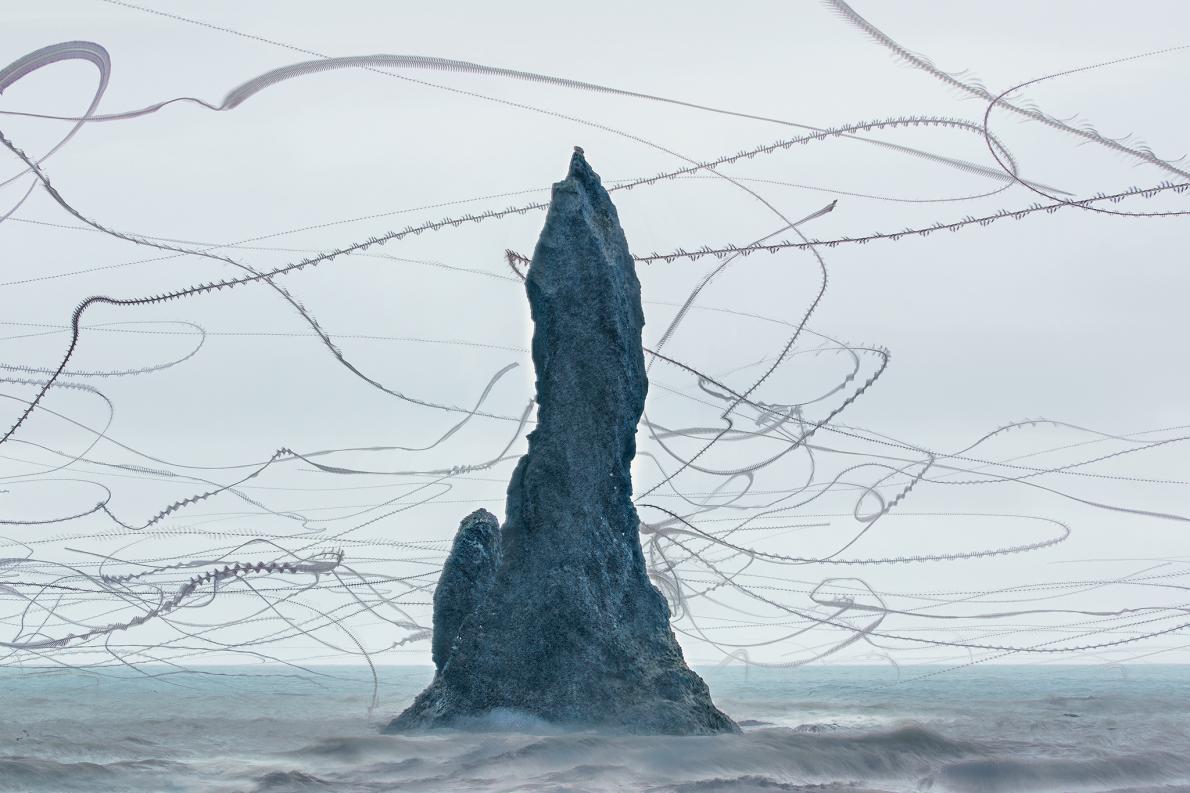 In spring and summer thousands of fulmars and Atlantic puffins nest on Iceland’s rocky cliffs, including this basalt sea stack at Reynisdrangar.

12. One Of Those Modern Arts Which Makes You Contemplate 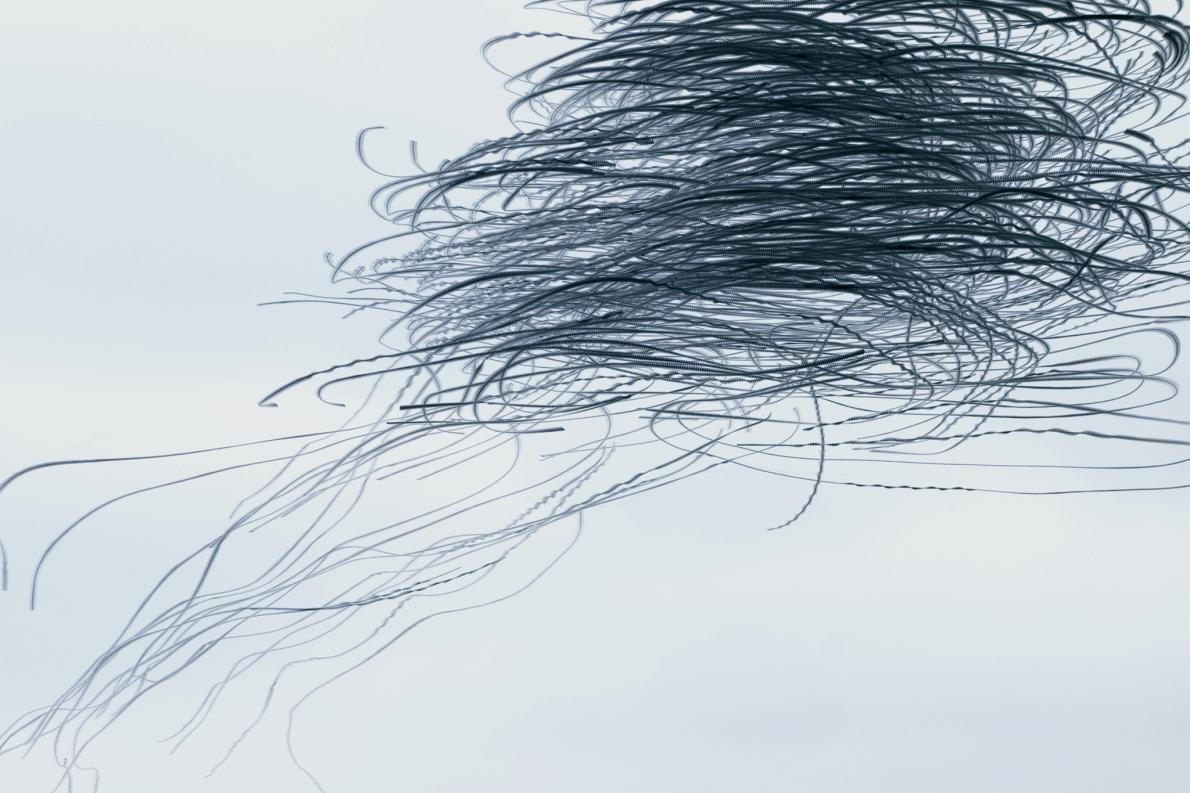 13. The Symmetry Of Nature Is Spellbinding 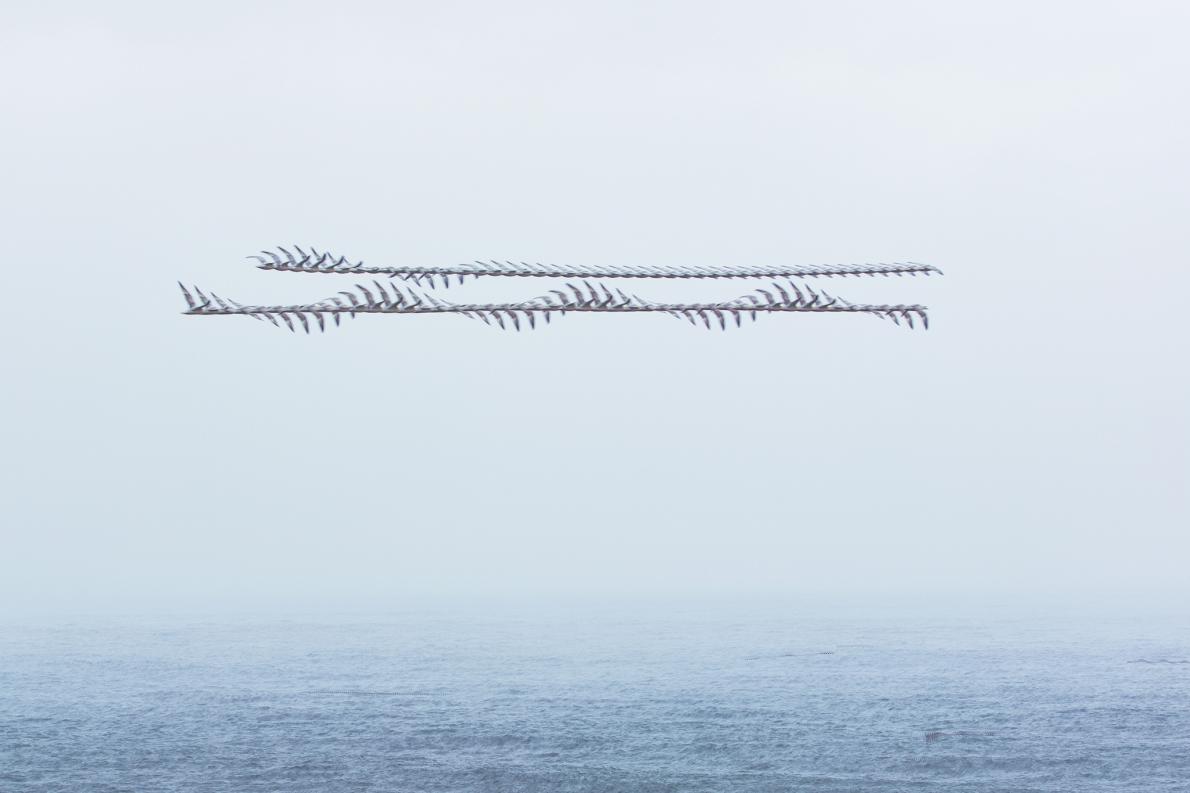 Two fulmars fly parallel to the Icelandic coast on a typical foggy day. 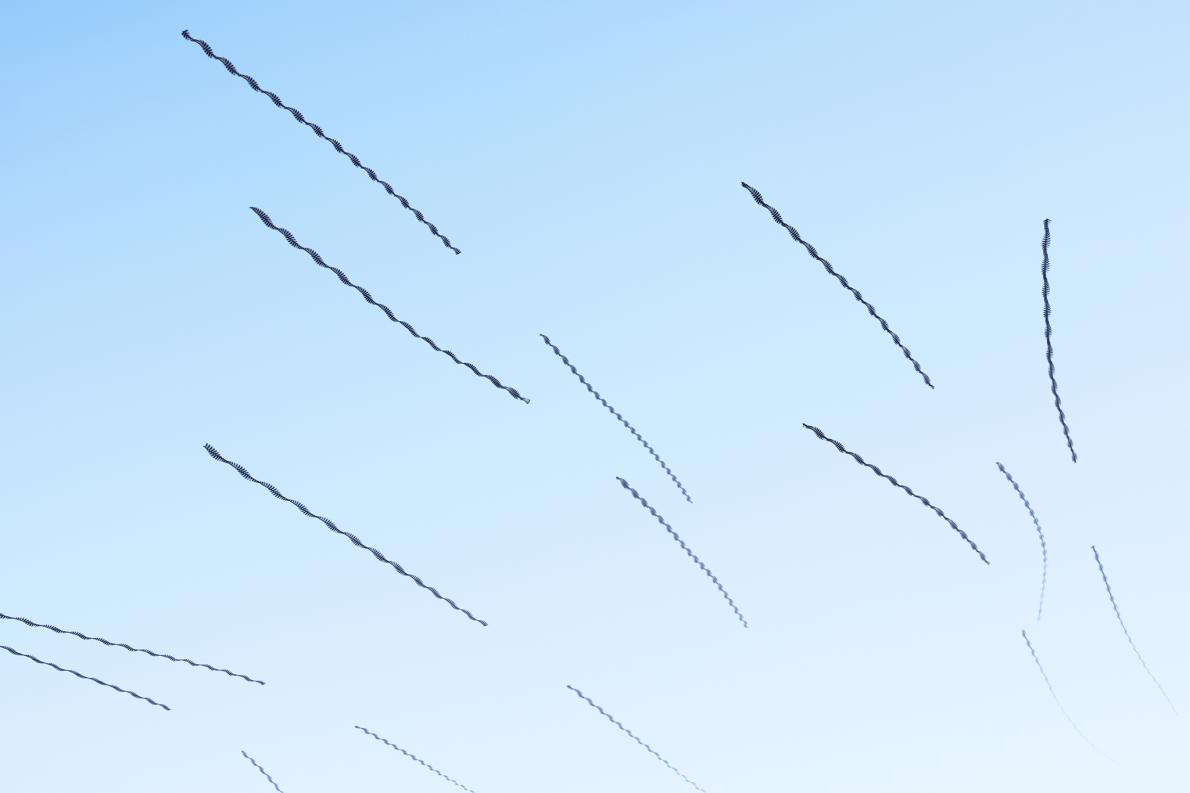 A flock of Eurasian jackdaws soars above Valderrobres, Spain.

15. Flight Trace Of A Gull Or Skeletal Structure Of A Flying Dragon 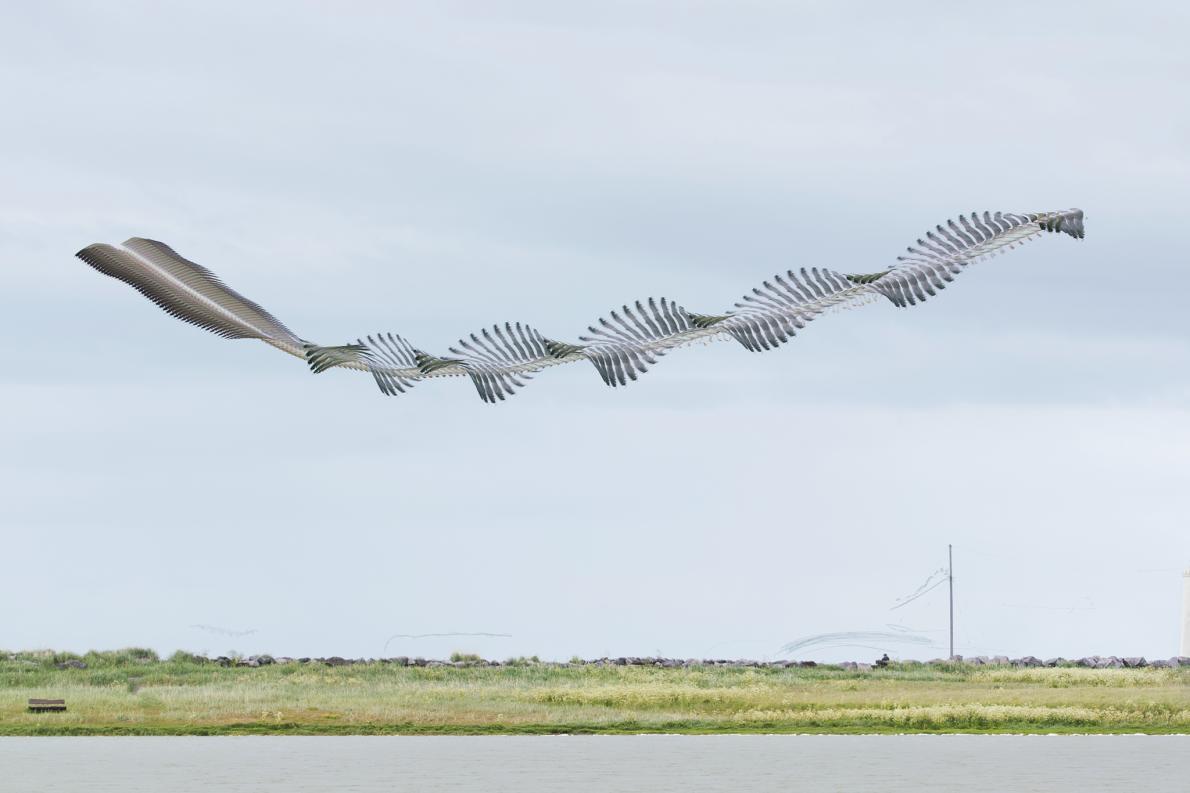 A herring gull flaps across a lagoon on the outskirts of Reykjavík, Iceland.

16. Bird’s Taking Off Leaving A Reflection Of Trails Behind 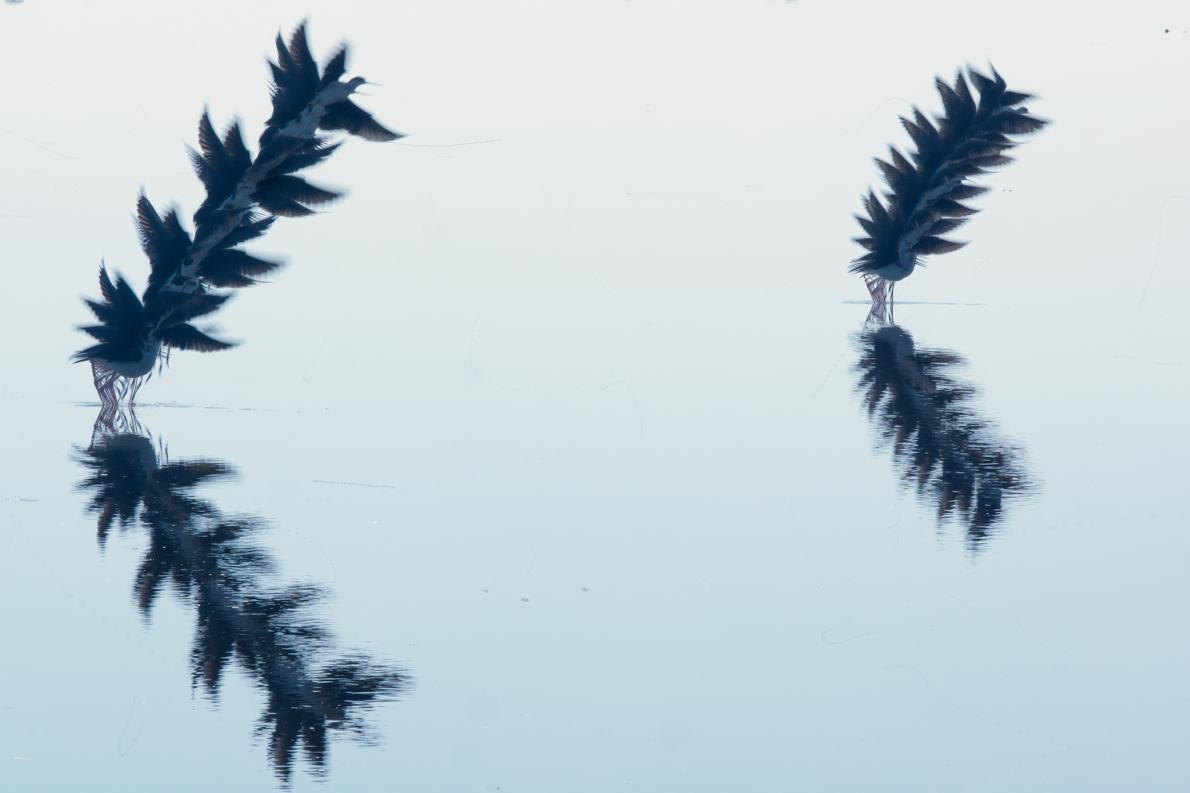 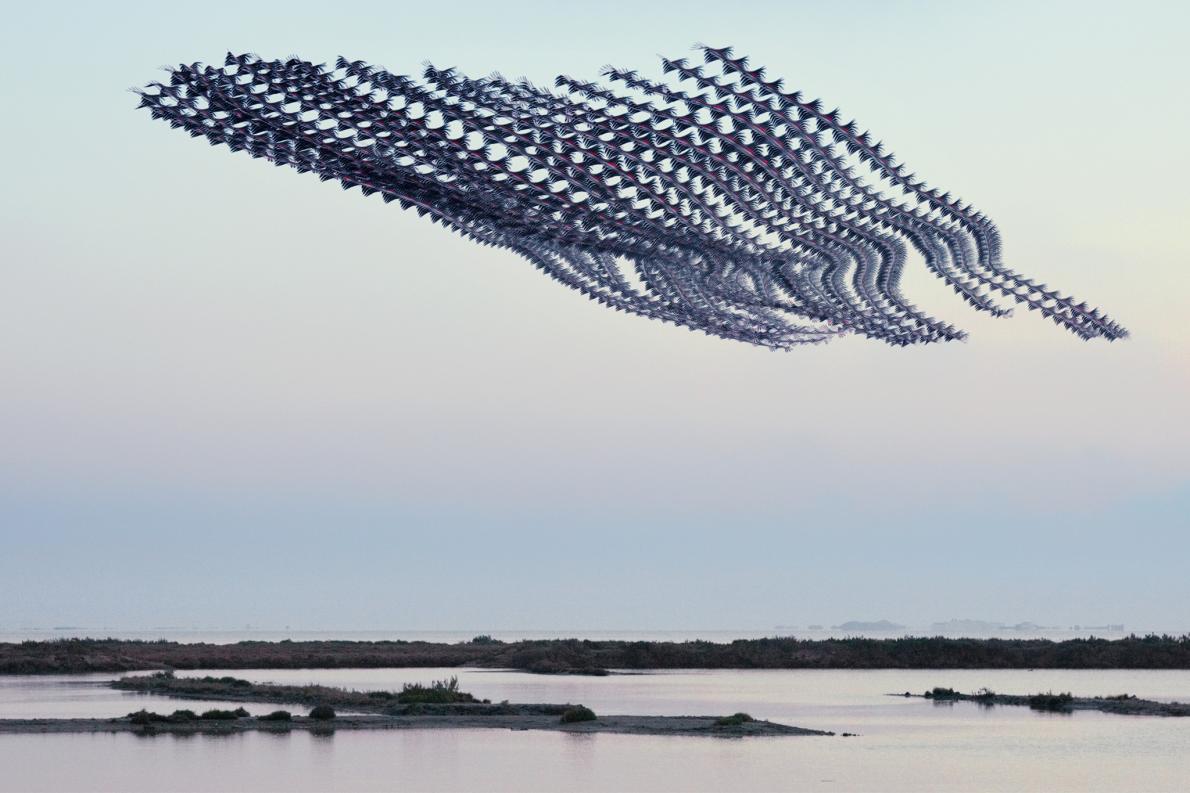 Greater flamingos take to the sky above Spain’s Ebro River Delta, an important breeding ground for the birds.

18. Looks Like A Million Dragonflies In A Formation Putting On A Sky Show 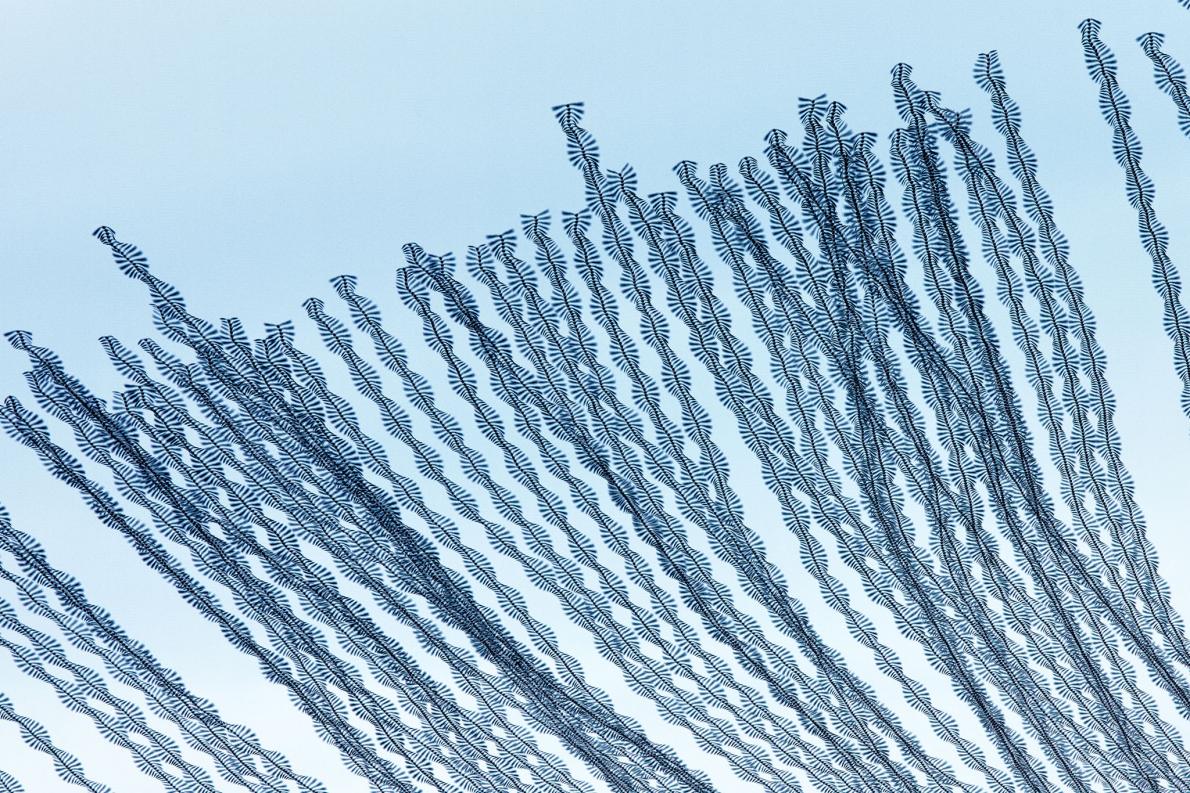 Northern lapwings fly over fields in Catalonia, in Spain, where the birds visit every winter.

19. A Charcoal Abstract In The Sky 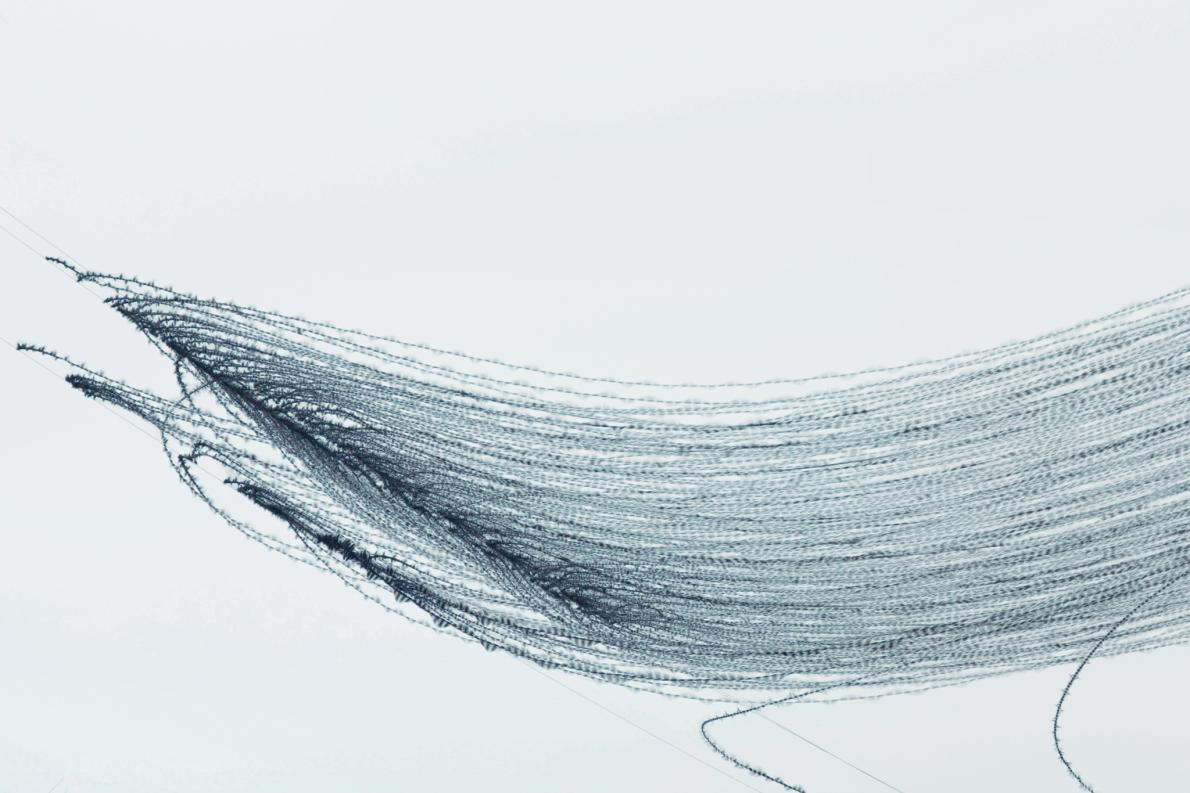 20. If Snakes Were Capable Of Flight, This Is How’d They Look 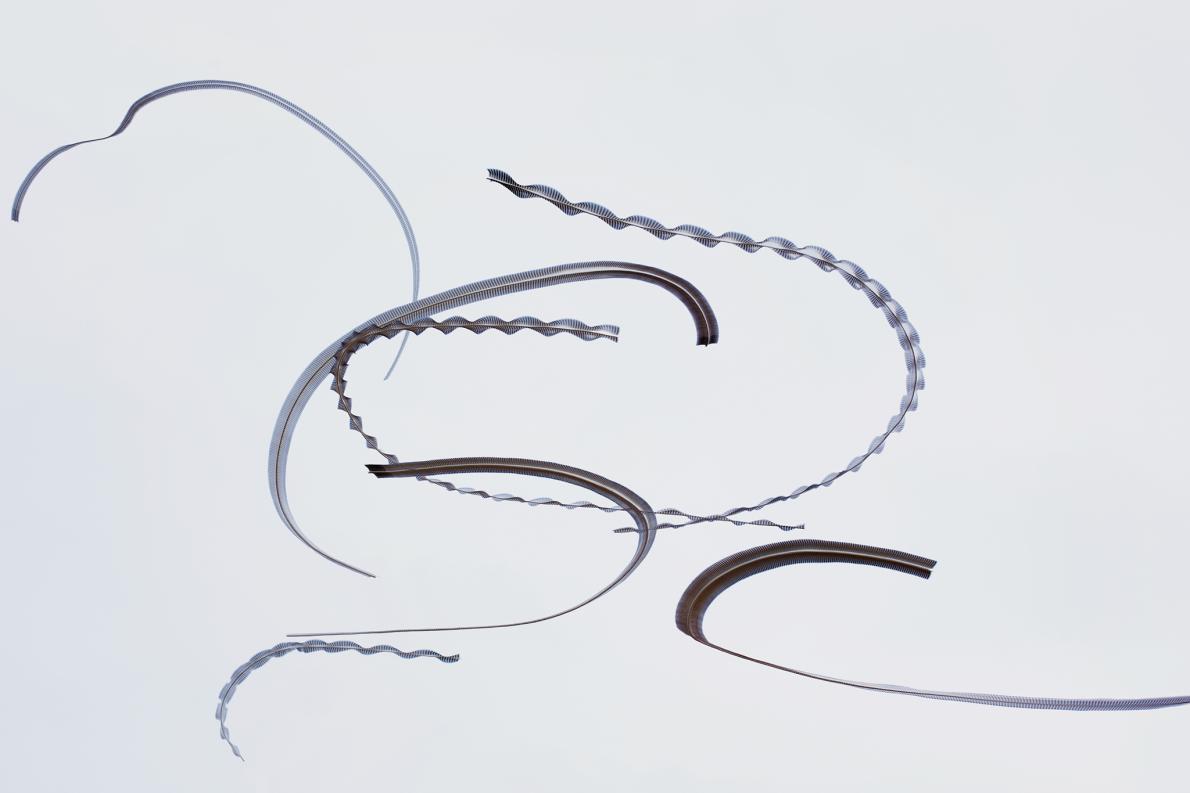 Yellow-legged gulls and white storks tend to share space in Mediterranean landfills, like this one near Castelló d’Empúries, Spain.

The Wild Portraits This Hiker Took Will Take Your Breath Away