You would be amazed after knowing that the same picture has two different sides of the story. Check who clicked these photos and how they are different from each other.

Every other person you meet has a different perception of the things they see. For instance, some would say, it is number 6 on the door, others would say it is 9. Similar things occur when you take pictures from different angles. 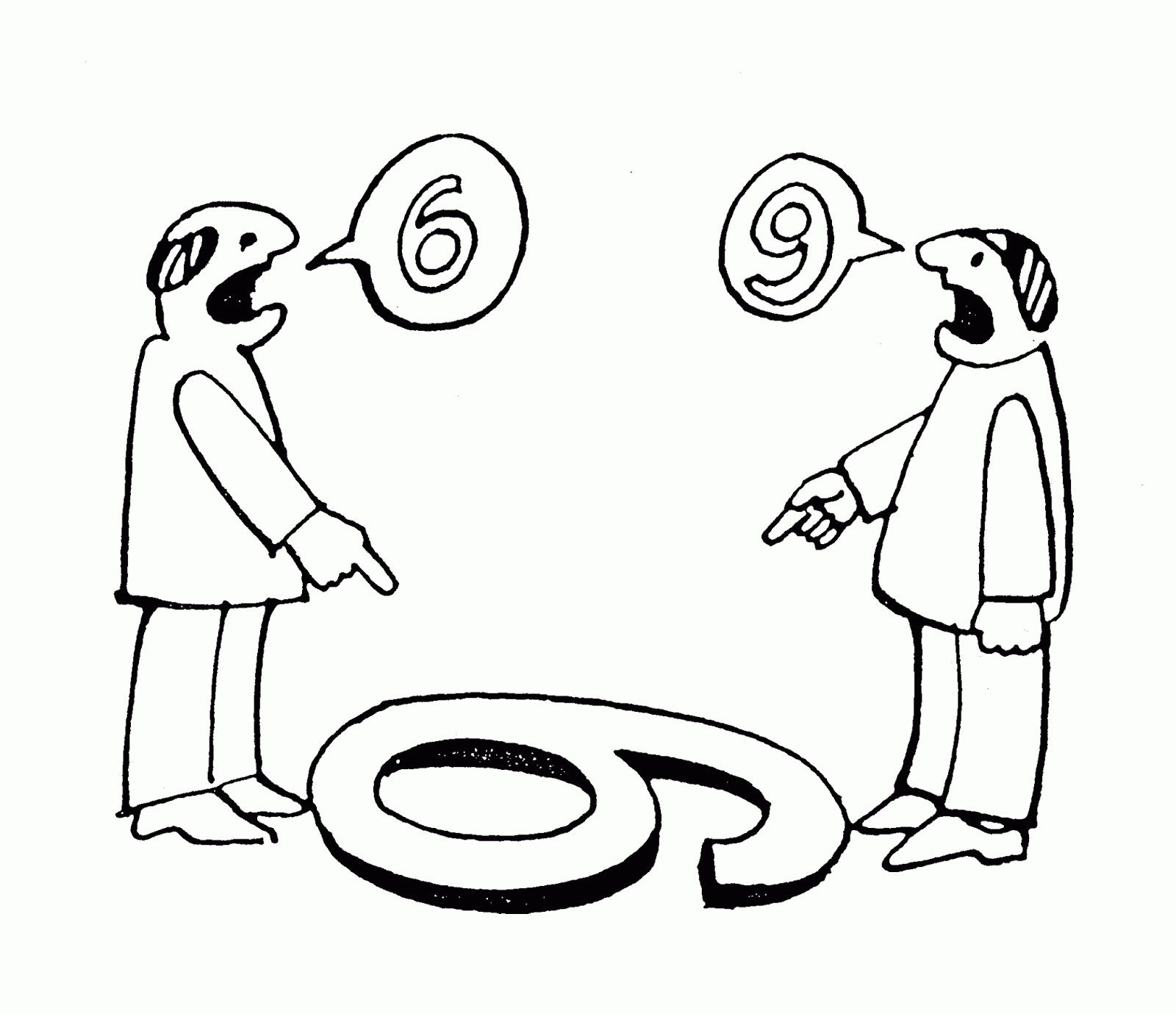 The perception changes, depending on how much and what accurately they know. Two photographers have taken this perception phrase to a new level. Two Danish photographers, Ólafur Steinar Gestsson & Philip Davali, experimented for a photo agency.

They photographed the same people outside on the same day. One captured a picture from a wide-angle, and another used the telephoto lens. Check out the pictures that change our perspective towards the things we take for granted.

1. People Standing in a Queue 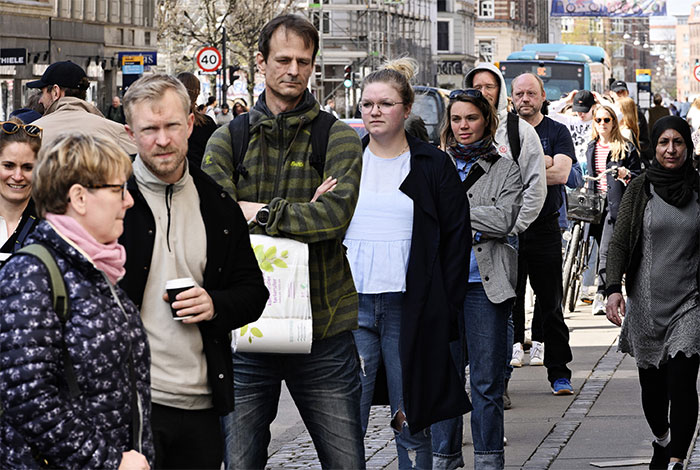 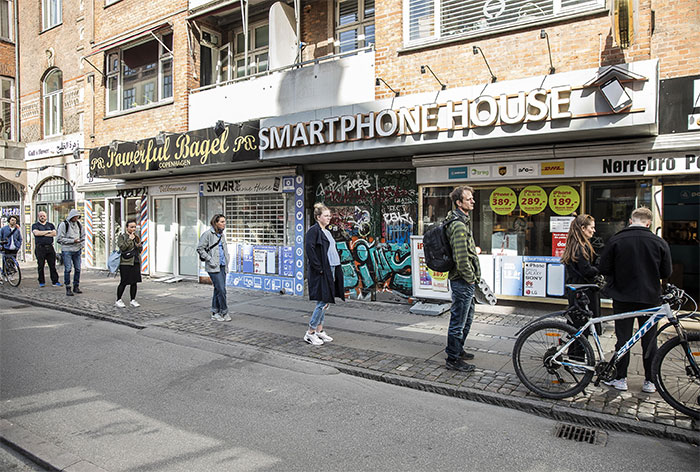 The first picture that is clicked with a Telephoto lens shows people are standing closely.

Another photo clicked with a wide-angle perspective shows the actual position of people standing in a queue.

The editorial manager at Ritzau Scanpix, Kristian Djurhuus, was appointed with these photographers. He said,

“The proximity of people has widely been debated in Denmark in the past weeks. Danish politicians and authorities have frequently referred to images which they believed to show members of the public behaving in disagreement with the general guidelines.”

2. Don’t you think this picture is showing the crowd sitting on the benches and chilling? 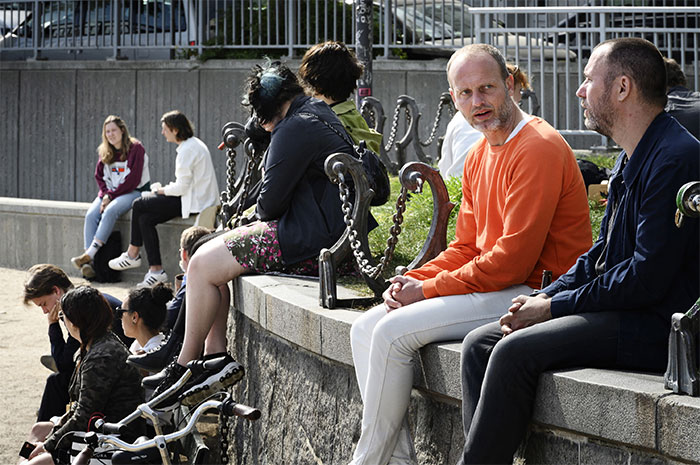 Not every picture you see reveals the truth behind the camera. When the same scene was shot with a wide-angle, it revealed another story. 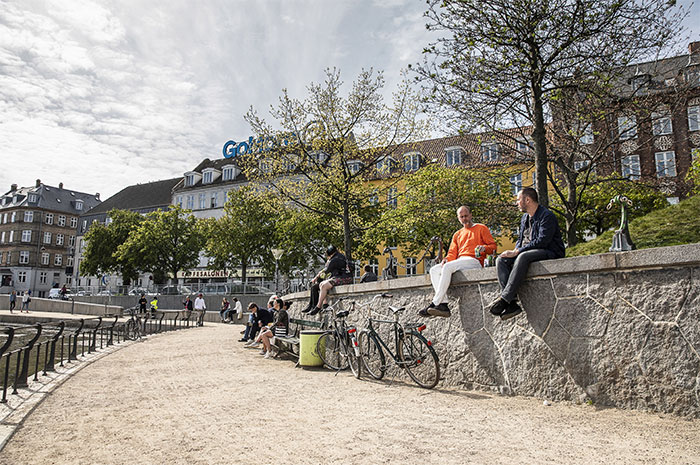 To this, Kristian said,

“This unique and critical situation has assigned a new meaning to basic technical facts like the choice of angle and perspective. The technical choices have never been a debatable issue in the history of photography.”

3. It looks like the couple is enjoying lunch in the garden 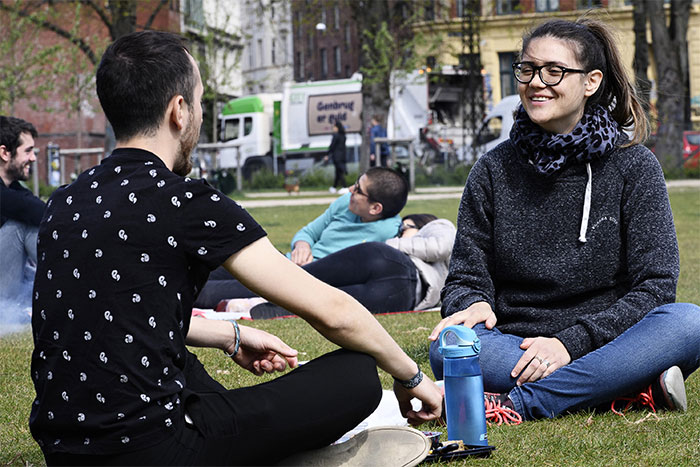 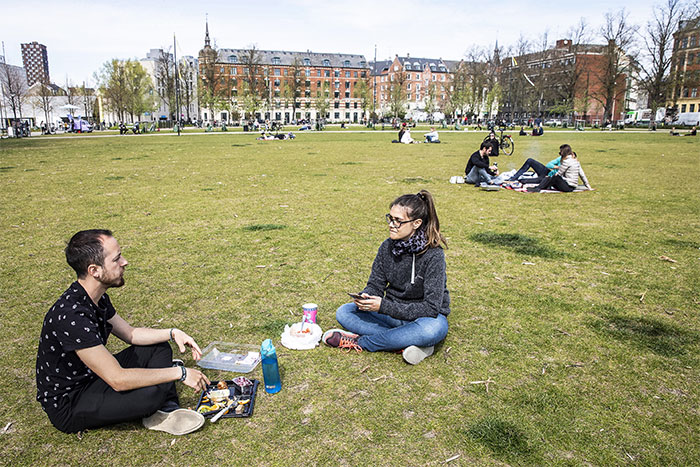 This picture was taken with a wide-angle. The reality is far different than what the above picture depicts.

Misreading photography is not new. The right solution is to tell about the situation in the caption so that it can’t be misread. Kristian said-

“As producers of photography, we have a responsibility to draw attention to the fact that images in some cases does not show the proximity of objects as people seem to believe.”

4. No, they are not sitting too close 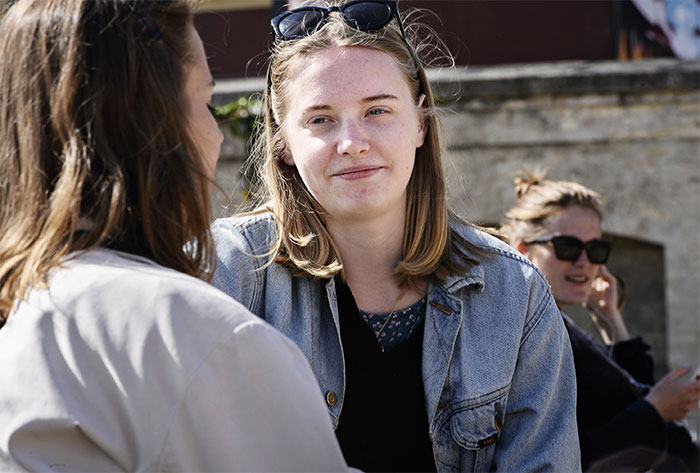 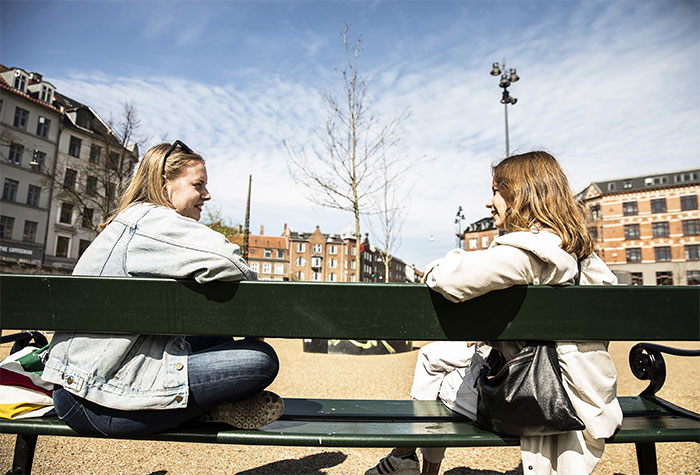 5. Where Are They Sitting? 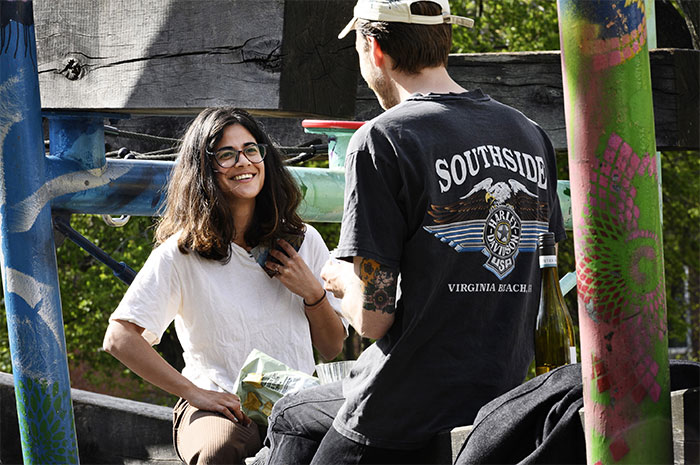 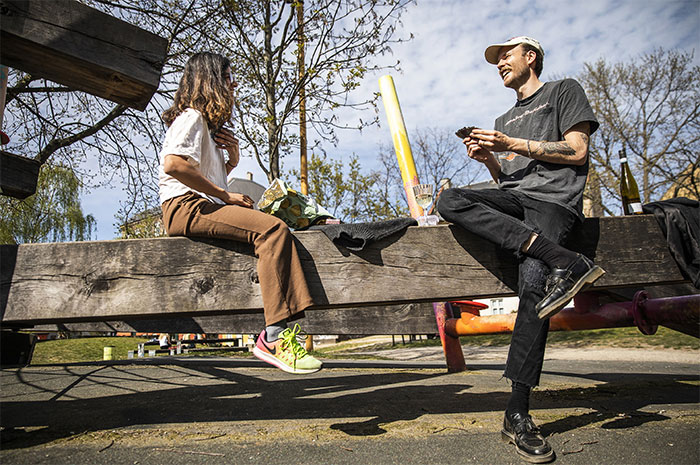 The wide-angle lens clicks the picture as our eyes see it. Whereas, a telephoto lens is a long lens used to capture football matches and anything when the subject is at a distance.

“It takes wider pictures, and as a photographer, you use it when you are close to what you need to photograph.”

This type of camera is designed on the iPhone.

For a telephoto lens,

“It gets closer to what you are photographing, and in a way, it pulls the subject together.”

What People Have to Say About These Pictures

It is recommended for every photographer to add the caption describing the lens used in a picture to avoid misunderstanding. Ólafur Steinar Gestsson said photographers “must always keep in mind how we do our job, especially in times of the corona crisis.”

People have shared their views on the pictures clicked with the wide-angle and a photo lens. While some said camera lies, others said, this is the common way how movies are shot.

“This is not an issue of right lenses versus wrong lenses. The effect that we show could also easily have been achieved using the same lens working with different angles or perspectives. But these times have made it obvious that we somehow need to make users and readers of images aware of something that only photographers used to care about. Our images featured here is one attempt at this. Another initiative is that we clarify circumstances in the accompanying captions of the images if they could be misread and thereby unconsciously misused.”

A picture speaks louder than words. In some cases, you get the reality behind the pictures; in others, you figure out what’s wrong that has left you puzzled. Check out these pictures that are shared on social media that have a different reality.