You would be amazed to see these pictures of lightning that are natural and not photo-shopped!

Nature could surprise us in several ways. Sometimes, it shows cloud-to-ground lightning, other times, it impresses us with a perfect lava square coming out of the sea. It is said that pictures could speak thousands of words, but only lucky ones are those who could see these rare phenomenons through a naked eye. Lightning is a powerful force that not everyone could understand. It sometimes appears during small storms and volcanic eruptions. No matter when it appears, lightning is dangerous and beautiful at the same time.

You might have seen edited pictures of lightning over the internet, but here are some pictures that are natural and are clicked by photographers. They are not edited, have no filter, and are rare to capture. 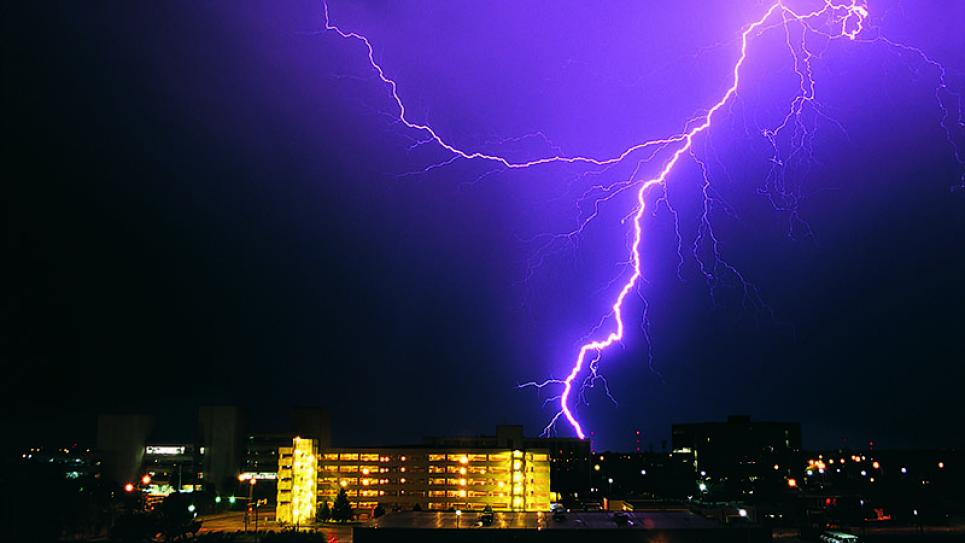 Wow! I wish I could have captured this natural phenomenon. But thanks to the photographer who clicked it beautifully.

2. This Lightning Looks Like a Smog Coming Out of a Glass Surface 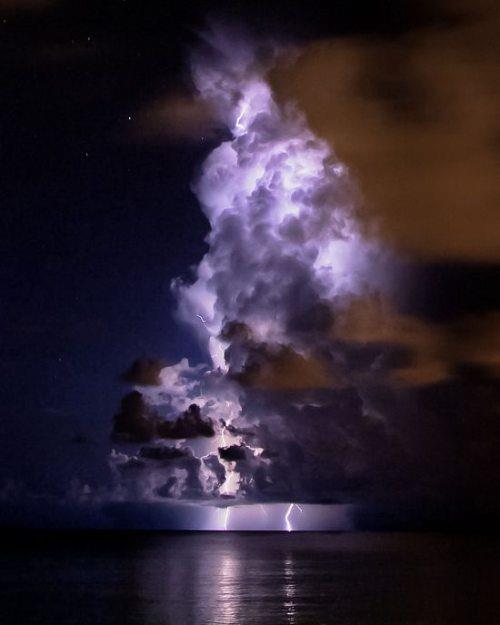 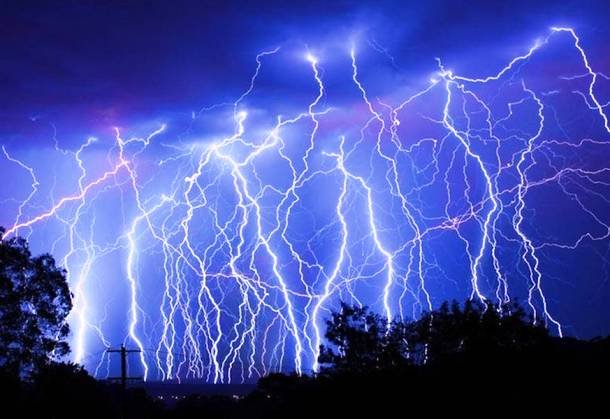 4. Is This Ground-to-Cloud or Cloud-to-Ground Lightning? 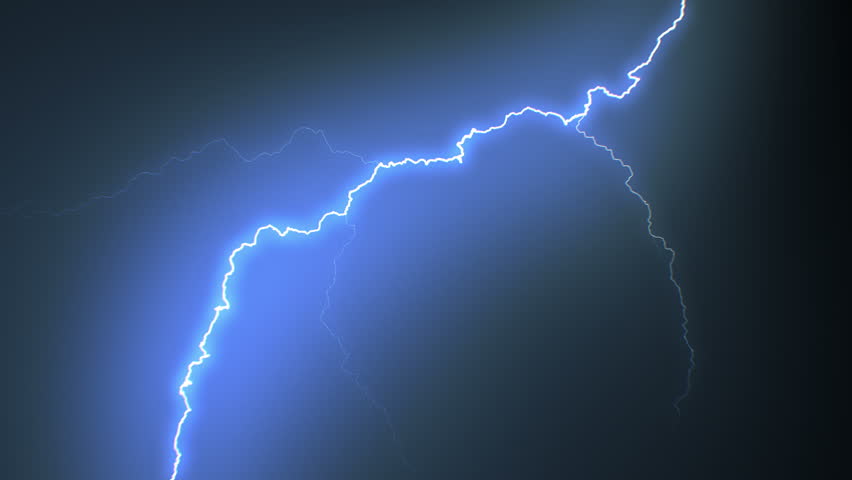 Do you know which kind of lightning is this? Whatever it is, this looks surreal.

5. This Picture of Lightning is Beautiful 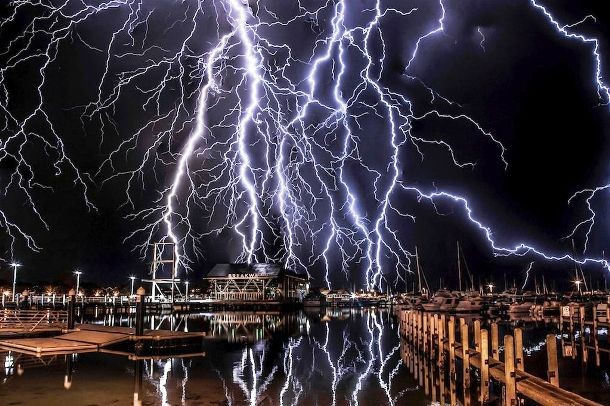 This one is captured beautifully. I haven’t seen this kind of phenomenon of white lightning looking like snow striking the clouds.

6. This Looks Like the Root of the Tree is Hanging in the Sky 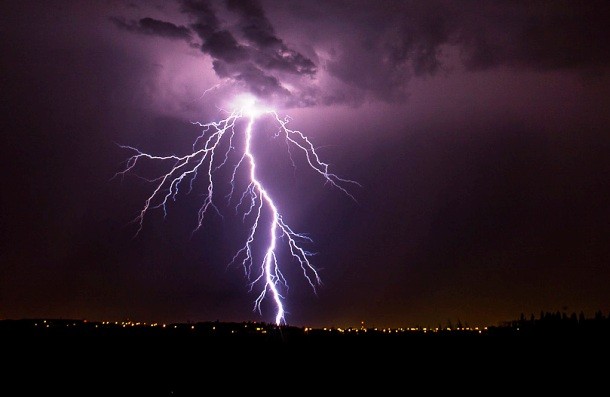 I don’t think this is natural.

7. Wonderful Lightning Display from the Supercell Outside of Hodgeman 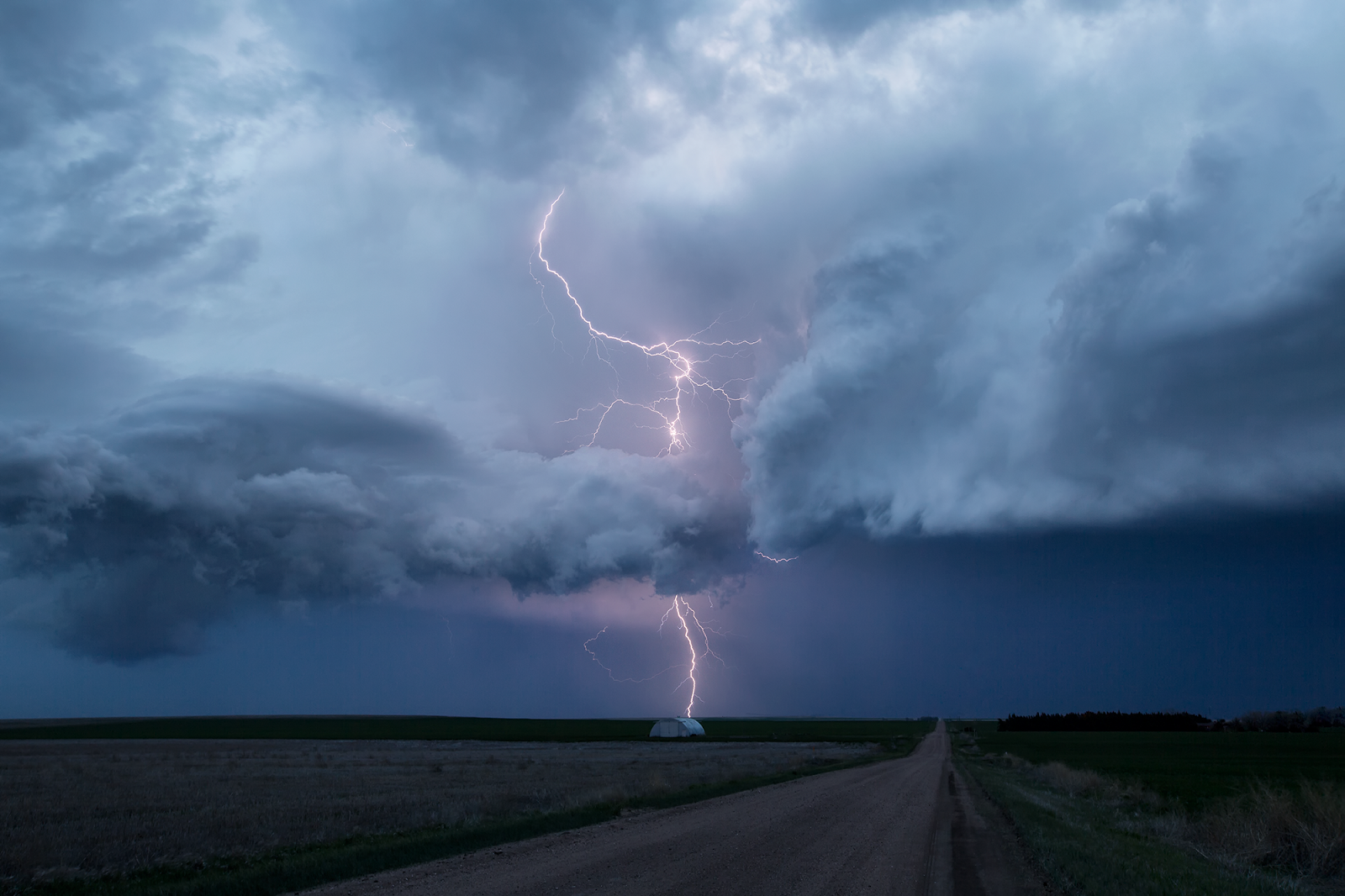 It seems that light is striking the ground and returning to the clouds. This picture was clicked by Kelly Delay, who is a multimedia artist and environmental photographer.

8. This View is Breathtaking 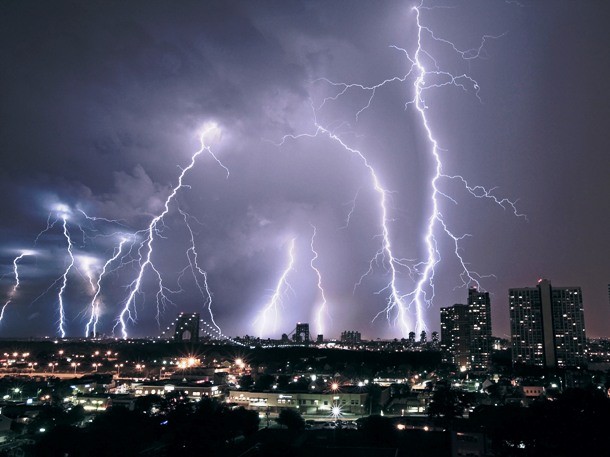 I wish I could see this amazing moment live.

9. This Picture was Seen from the Aircraft Carrier USS Abraham Lincoln Look at the aircraft sitting peacefully at the airport.

10. This Picture was Captured in Lombok, Indonesia It seems that there is a competition going on between volcanic fire and lightning.

You would be shocked to know that annually over 5000 people are killed by lightning strikes. The lightning is scary but is amazingly beautiful.

Have you ever seen these types of natural lighting with your naked eye? If so, then share the pictures below.