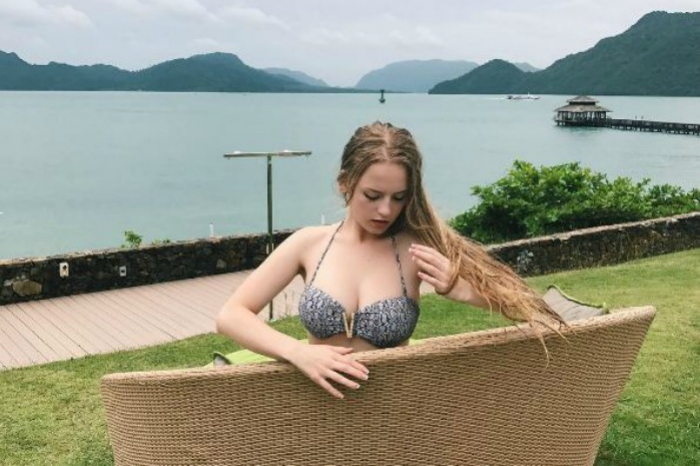 The world has apparently found its hottest math teacher. Oksana Neveselaya became a social media celebrity at an instant after someone shared her video teaching in the classroom.

Oksana is a Math teacher in Minsk, Belarus. She is a stunning woman and rightly says, “sensuality and intelligence go hand in hand.” Clearly, people see what meets their eye. After her video went viral, Oksana gained 223,000 followers on Instagram and still growing. Of course, most of her followers are men who like to see the hotness in her. Oksana Neveselaya has not commented on this sudden popularity but she thanked her fans for 10,000 likes on one of her posts.

The math teacher last toured Malaysia. Her recent pictures of sunbathing in a bikini suggest that she enjoyed a lot. And that’s the way people like to look at her. Oksana is both attractive and intelligent. It’s not easy to teach students who focus on her physical appearance rather than her mental intelligence.

This is how she teaches her students

This Transgender Man Gave A Successful Birth To His Baby