President Donald Trump wants humans to get to Mars by 2020. For this, he offered unlimited funding to NASA and asked them to focus entirely on this matter and to drop everything else. 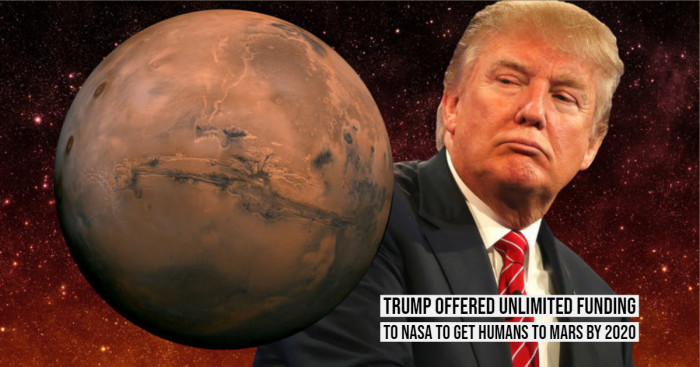 According to the latest update, President Trump in 2017 offered unlimited funding to get humans to Mars by 2020. It was on 24th April 2017 when Trump video called the station to wish good luck to astronaut Peggy Whitson who broke the record for the longest time an American had spent in space.

In the Oval office, Trump along with his daughter and adviser Ivanka and astronaut Kate Rubins interrogated Whitson and astronaut Colonel Jack Fischer several questions about space including-

“What are we learning by being in space?”

The discussion was going smoothly until Trump distracted and imagined of sending humans to Mars before the end of his first term. He asked-

“What do you see as timing for actually sending humans?”

“Well, I think as your bill directed, it would be in the 2030s, unfortunately, spaceflight takes a lot of time and money, so getting there will take some international cooperation.”

She told that it would take a lot of money and requires the participation of other countries for a successful landing.

NASA is building the hardware right now to test a new rocket that will carry astronauts farther from Earth than ever before, she added. 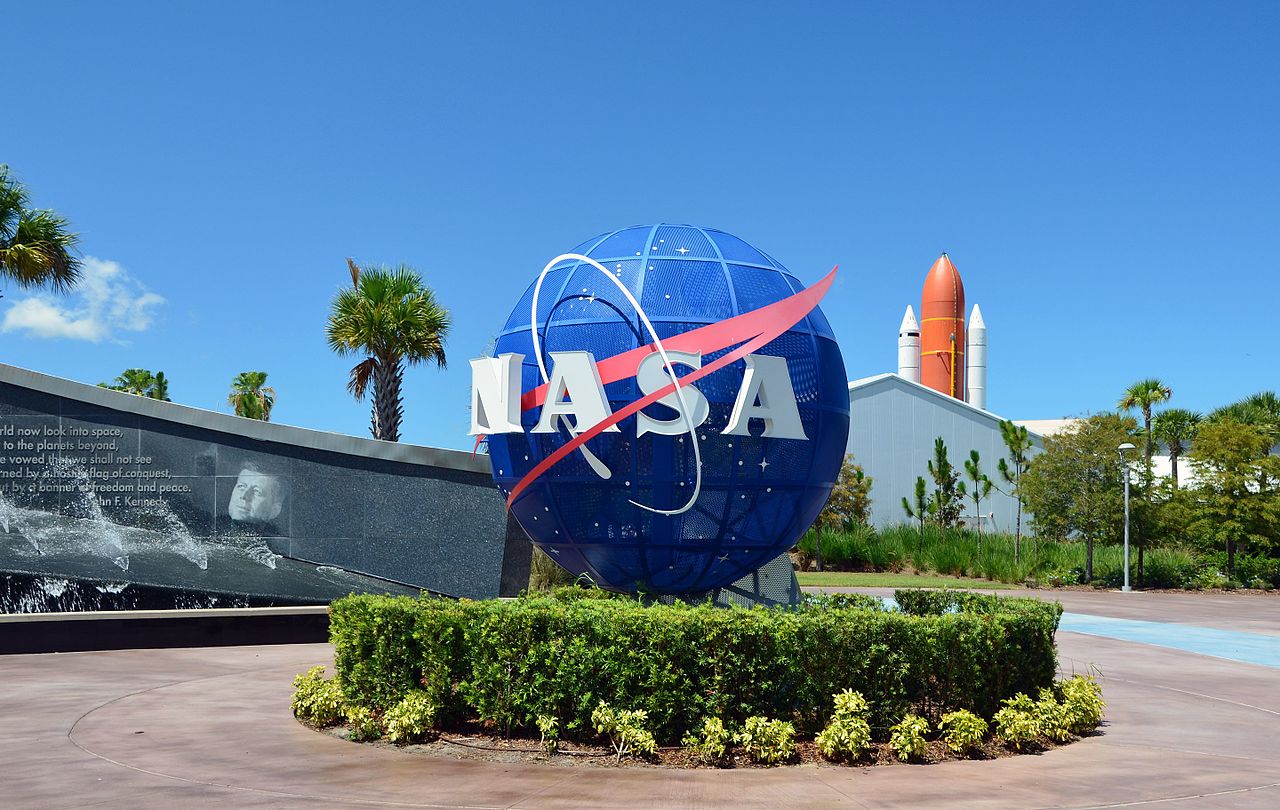 Trump was a bit upset with the answer and said –

“Well, I think we want to do it in my first term or at worst in my second term’, adding that ‘we’ll have to speed that up a little bit.”

“We don’t capture people’s imaginations anymore. We used to do big things — incredible things. No one could do the things we could do. You have to inspire people. They went to the moon. But the call would be great. Honestly, how cool is NASA?”

The US hadn’t landed any American close to Mars, so sending humans to Mars by 2020 is quite challenging. The time didn’t excite Trump, and he made an offer to NASA administrator.

“But what if I gave you all the money you could ever need to do it? What if we sent NASA’s budget through the roof, but focused entirely on that instead of whatever else you’re doing now. Could it work then?” 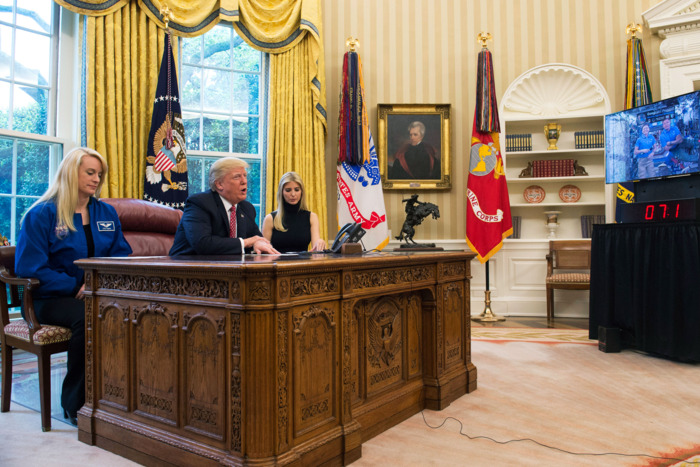 He said he is extremely sorry and couldn’t think it is possible. This left Trump disappointed. NASA’s historian chief Bill Barry said that they are planning to send people to the moon first, then to Mars. (12.1)

“We plan to send people to the vicinity of the Moon within the next decade or so, in the 2020s we will be orbiting the Moon working with both commercial and international partners, able to send people to the surface of the Moon.
Then it is working out everything for a trip to Mars. Depending upon budgets etc, maybe we can get to the vicinity of Mars in the 2030s.
We will eventually have people walking on Mars and a much more robust economy with multiple space stations and people even working on the moon. That is where the US government has told NASA to go, we are talking to the UK space agency etc and they are all on board with the idea.”

Earlier, NASA aimed to send humans to Mars by 2030, but President Donald Trump wanted the mission to be completed as soon as possible. He wanted the first manned spaceflight to reach Mars by the end of his first term in office.

Do you know the distance between Earth and Mars is 140 million miles? This is nearly 600 times far than any human has reached before.  Another problem is, the US currently has no spacecraft/rockets that can send humans to low-earth orbit and particularly to Mars. While unlimited cash would be welcomed by NASA, it won’t allow them to take the necessary steps to get to the Mars (Red Planet).

Well, it seems like Trump’s excitement level is quite high to go to Mars by his last term. But Sorry Trump! NASA is not interested in your funding, and you will have to wait till 2030.