Do you believe in love or unconditional love? We know it is difficult to believe all these terms. But yes, they exist. Here are some most unforgettable, immortal love stories of the ancient time that will renew your faith in love. 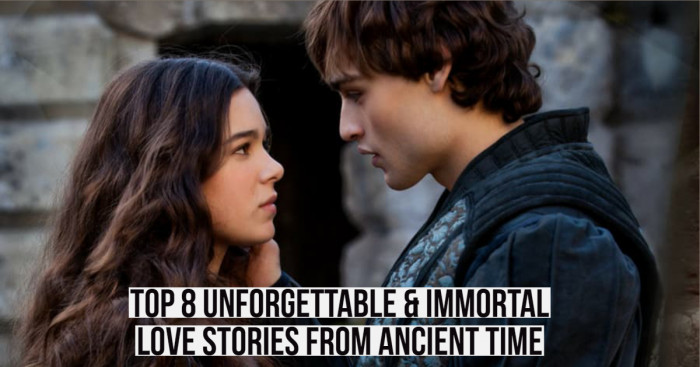 Whenever someone refers to true love, we are reminded of famous lovers like Romeo & Juliet, Layla & Majnun, Salim & Anarkali, Cleopatra & Mark Antony and many more. Not only because they are ancient, but also because these stories show unconditional & real essence of love or love which is filled with full devotion and dedication to each other.

Throughout all circumstances, they loved each other wholly, and due to this gesture of lasting love, these love stories are immortal and most famous in history and literature. So, let’s swoop into top 8 love stories from ancient time to learn about the powerful emotion called love. 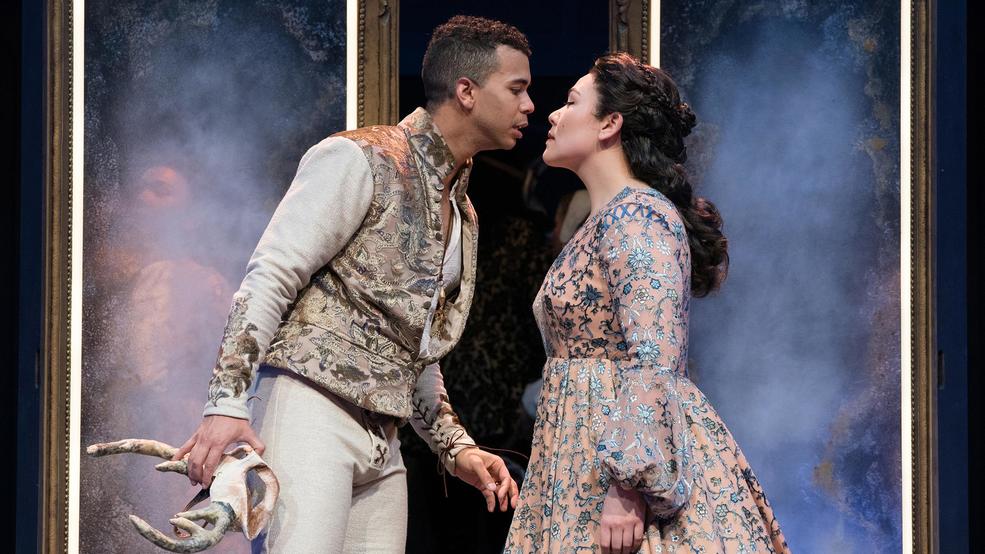 Every time the list about the most famous love tales came in light, the history of mankind always introduced Romeo and Juliet in the first position. Maybe because this is one of the most romantic stories ever happened. Sometime in the 1590s, English poet and playwright William Shakespeare wrote the tragic story of Romeo and Juliet based on Arthur Brooke’s poem “The Tragical History of Romeus and Juliet” published somewhere in 1560s.

The story represents a major influence of ancient tragic love stories. Somehow the story of Romeo-Juliet relates to the Roman story of Pyramus and Thisbe whose families despise each other and stops the lovers to be together. Likewise, Pyramus kills himself, mistakenly believing that Thisbe is not alive, Romeo also commits suicide for falsely believing that Juliet is no more alive. And, Juliet also discontinued living once discovering his dead body which is exactly what Thisbe does when she finds Pyramus dead.

This beautiful love story influences everyone so much that the movie based on this story falls under the category of most romantic movies ever. 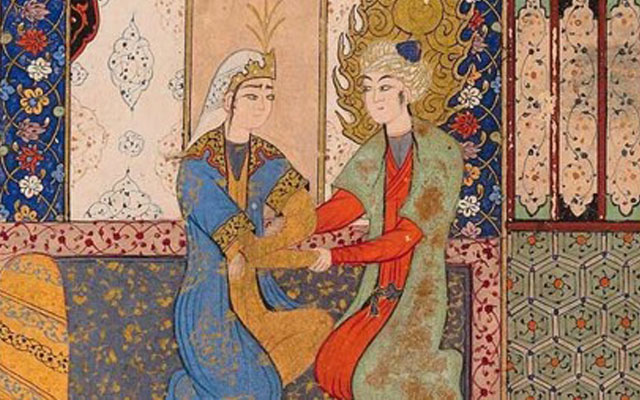 Nizami of Ganjavi, a leading medieval poet of Iran, is especially known for his romantic poem Layla and Majnun which was inspired by an Arab legend. The story is a tragic tale about unachievable love. This most popular story has been told and retold for centuries. Moreover, it was illustrated in manuscripts, ceramics and many other forms of media until the poem was penned.

The name of the boy was Qays. He and Layla fell in love at school time. When their love is observed, they are prevented from seeing one another. Meanwhile, Qays banished himself to the remote area to live among animals. There he stopped eating and becomes scrawny due to lack of food. And, because of such eccentric behavior, he further was known as Majnun (madman). There in the desert, he was supported by an elderly Bedouin who promises to win him Layla’s hand through warfare.

Even when Layla’s tribe is defeated, her father doesn’t let her marry Majnun because of his mad behavior. Further, she married to some other guy. Though, in some time, Layla’s husband died. And, then the old Bedouin arranged a meeting between Layla and Majnun. However, they are never fully reconciled in life. Further, they are buried side by side upon death.

Even now the story of Layla Majnun is often interpreted as the symbol of the soul’s desire to be united with the divine. It is also famous as the most romantic love story in all. 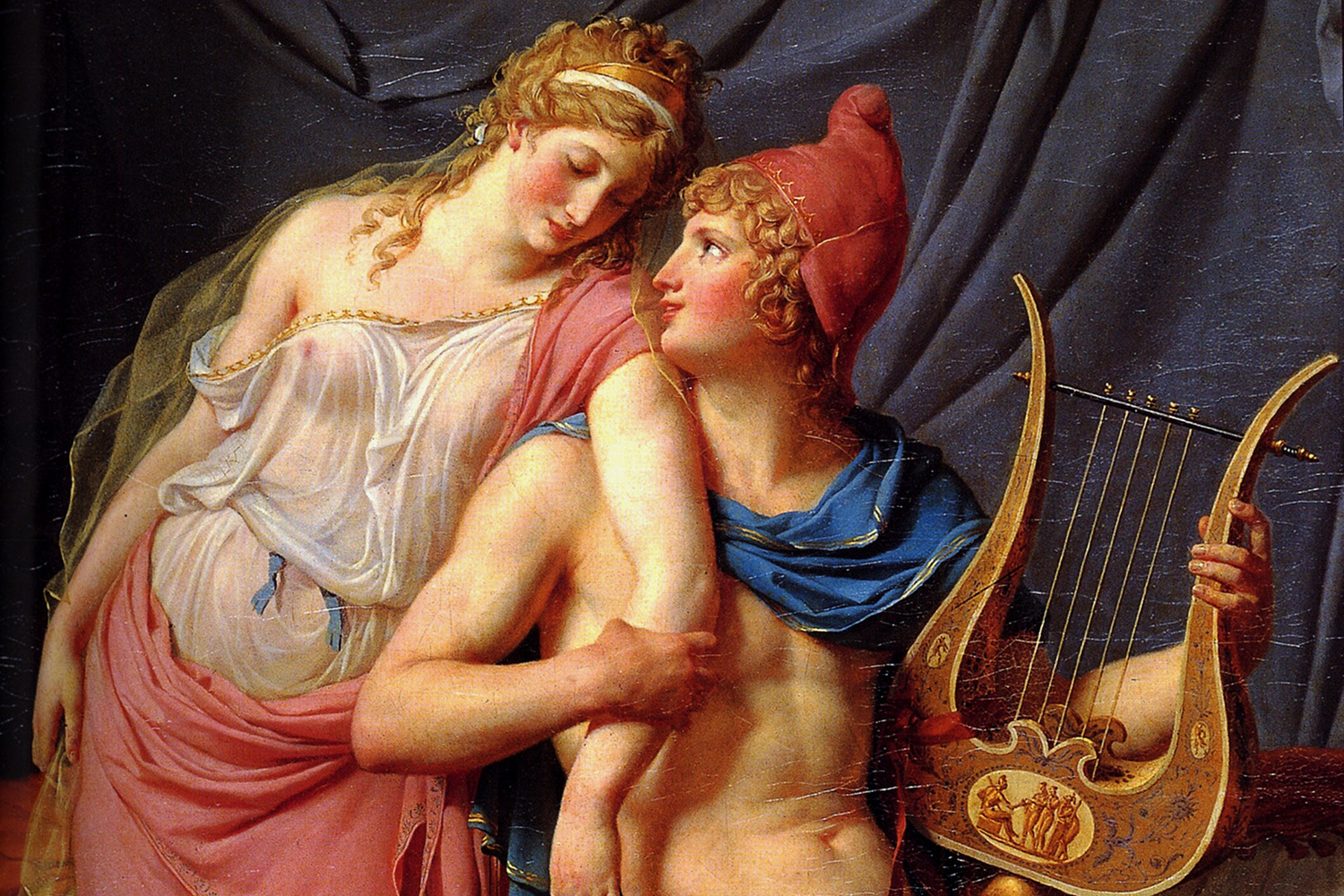 It is one of the eccentric love stories among all. Because, when Paris, the "handsome, woman-mad" prince of Troy, saw Helen, she was another man's wife. However, there is one more story linked behind love story of Paris and Helen. 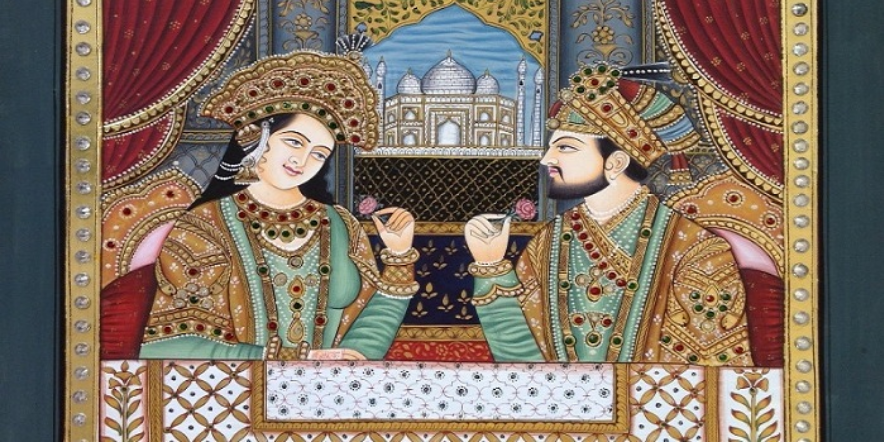 The love story of Shah Jahan and Mumtaz Mahal is famous as much as the symbol of their love Taj Mahal is famous all over the world. They were Mughal Royal & romantic couple who shared a loving marriage until the lady Mumtaz Mahal died. As she died while giving birth to their 14th child, the king was devastated and plunged into deep grief. Her death affected him both emotionally as well as physically.

However, his grief is the reason behind the building of one of the greatest architectural masterpieces all over the world to serve as the final resting place of his beloved wife. Therefore, their love story is also famous as Taj Mahal story. However, Shah got ill shortly after completing Taj Mahal. Meanwhile, he was overthrown by his eldest son. And, then he had to spend the rest of his life in house arrest. Further, he was buried next to his wife in Agra. 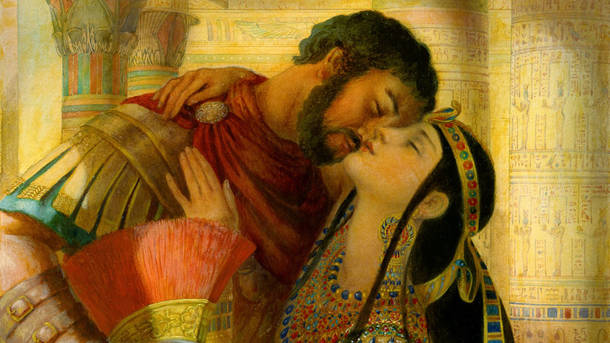 Like other stories, the love tale of Mark Antony and Egyptian pharaoh Cleopatra is very popular for their tragic end. After they were defeated by the Romans under Octavian, both committed suicide. However, Cleopatra hesitated earlier after Antony’s suicide (he stabbed himself after receiving false news that his lover was dead) and tried to negotiate with Octavian. Further, inducing an asp for biting her, she killed herself after realizing that she cannot “charm” Octavian. It is said that Cleopatra and Mark Antony were buried together yet the location remains unknown somewhere near Alexandria, a famous Egyptian city. 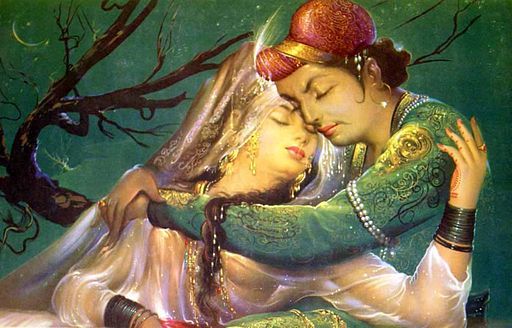 It is one of the stories well known to every lover or non-lover. Salim was the son of the great Mughal emperor Akbar, and Anarkali was an ordinary but beautiful courtesan girl. But somehow Salim got mesmerized by Anarkali’s beauty and fell in love the moment he saw her. That is what we now call ‘Love at first sight.’

However, Akbar could not digest the fact that his son was in love with an ordinary courtesan. Therefore, he started pressurizing Salim to not go for Anarkali. Even Salim declared a war against his own father for the love of Anarkali. But the army of Akbar was too much for the young prince to handle. Hence, he gets conquered and sentenced to death. At that time, Anarkali interferes and refuses her love to save Salim from death. Further, she got entombed alive in a wall of brick right in front of her lover. 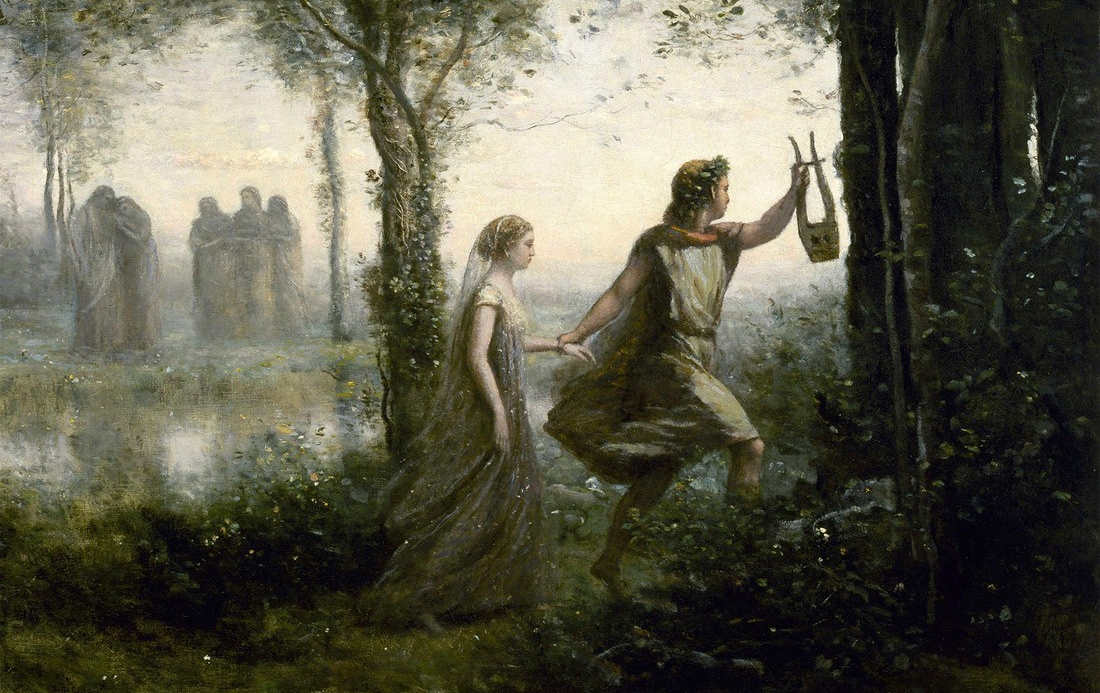 Orpheus is the best known ancient Greek mythological hero. He used to play beautiful music that not only charmed humans but also the stones as well as wild beasts. However, he was also very popular for his deep love for his wife, Eurydice.

However, Eurydice died because of a snake bite. Then Orpheus decided to bring her back. For that, he charmed the Hades - male Greek god with his music, and they permitted him to take Eurydice back with him. But the god of underworld made a deal that Orpheus must not look back until they went out of the Underworld. Unfortunately, when they reached the gateway of Hades, he turned back to see if Eurydice is coming or not. And as per the deal, she immediately disappeared again in the world of the dead. 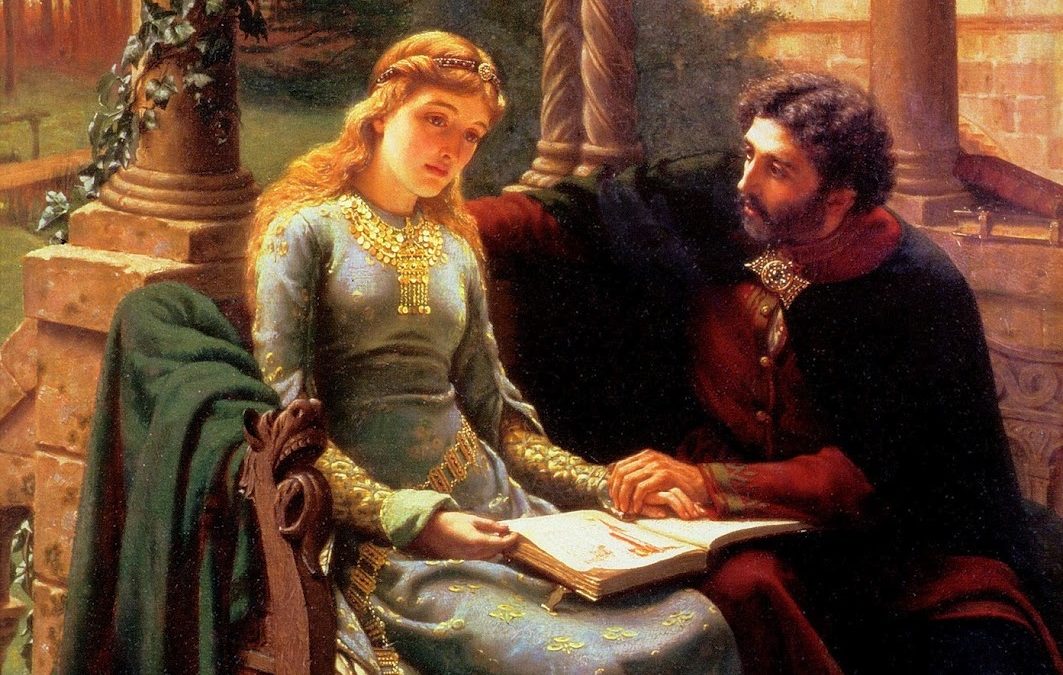 Well, it is no less of peculiar tales of all because it is a story of a nun and a monk whose love letters became world famous afterward. The story began when Peter Abelard went to Paris to study at the school of Notre Dame somewhere around 1100. Further, he achieved a reputation as a splendid philosopher. And, Fulbert, hired Abelard to teach his niece, Heloise.

In this way, Abelard and the scholarly Heloise fell deeply in love. It was not only a love story, but they also conceived a child and were secretly married as well. However, Fulbert gets highly enraged by Abelard and sent Heloise far in some convent. Moreover, he sent his servants to emasculate Abelard while he slept with the intention to save Heloise.

Further, Abelard became a monk, and Heloise became a nun to devote their lives to learning. Despite their broken hearts and separations, they remained in love. Afterward, their poignant love letters got published.

“Being deeply loved by someone gives you strength, while loving someone deeply gives you courage.” – Lao Tzu

No wonder, these love stories renews and reinforces our faith in love. Even though they are tragic, they are the most famous stories of love in history and literature. These are the immortal love tales of those who believed in each other even when the whole world was against them. They are not only inspiring but also make us sad. It has been noticed that the most famous lovers met a tragic end. Besides, they still showed that true love is stronger than anything else in the entire world.

Hope these love stories left you mesmerized after reading! However, if you know any incredible love story and want to share, feel free to write in the comment section.

10 Most Beautiful Queens in the History - Beauty With Brains & Bravery