I was looking out of the plane’s window and something wrong. The plane started unbalancing. Rains were getting harder and the ... 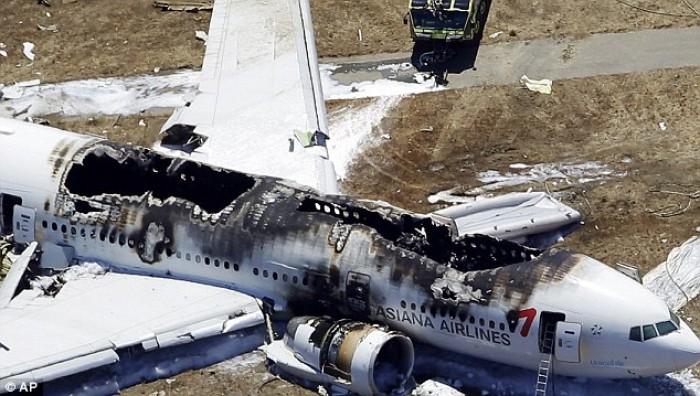 I was looking out of the plane’s window and something wrong. The plane started unbalancing. Rains were getting harder and the drops were striking the metal surface like bullets. It felt as if god was pushing down the plane with his hands. We were falling down. No one knew what was happening. The plane was rapidly moving towards the land. The crash could happen any moment and… there was silence all around.

Experiencing a plane crash is a terrifying and life changing experience that only can be understood by those who have faced the situation or survived through it. But not everyone is able to make through it. Only a handful of people have been able to survive through major plane crashes. In this post, we share with you some of these stories that have been shared by the survivors of plane crash.

Bahia Basari is the only known survivor of the Yemenia Airways Airbus A310 crash. The plane crashed into the Indian Ocean in Comoros Islands in 2009. The 13 year old girl clung to a piece of plane wreckage for more than nine hours. Among the 152 dead passengers and crew on the plane including her mother, only she could escape through the crash with various cuts on her face and fractured collar bone. The flight had originated from Yemen’s capital, Sanaa. Before landing at the airport in Moroni, Comoros’s capital, the plane made a U-turn.

The investigators explained that the crew performed certain incorrect actions with the flight controls and that’s why the accident happened. Bahia’s father Kassim Bakari said that his wife and daughter were flying to Comoros to meet their relatives. When he asked his daughter on phone about what happened, she said-

“Daddy, I don't know what happened, but the plane fell into the water and I found myself in the water ... surrounded by darkness. I could not see anyone.”

Even when the girl did not know swimming, she survived; this was truly a miracle. The news media gave her the name 'La Miraculée' which means the Miracle Girl. 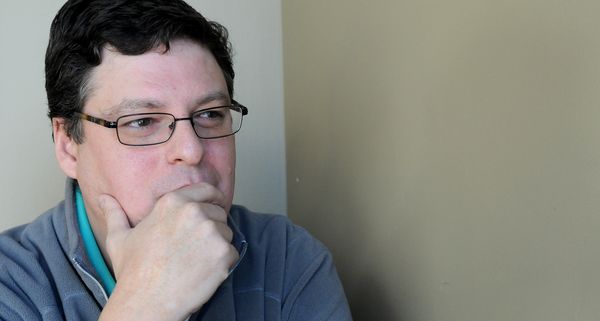 George Lamson Jr. was the only survivor in the 1985 plane crash of Galaxy Airlines Flight 203 which was travelling from Reno, Nevada to Minneapolis. Along with his father, 69 others were killed in the crash. According to the NTSB, the captain and co-pilot were responsible for the crash. They failed to control and monitor the flight path. They could also not maintain the air speed when unexpected vibrations took place soon after the takeoff. Ground handlers were also careless in closing the air start access door, which led to vibration.

Some moments before the takeoff, Lamson and his father changed their seats. When the plane was about to crash, Lamson made a deal with god. He promised to do good and help others if he survived. He doesn’t know whether this decision saved his life but since then he has been seeking for survivors like him to learn from them and also to help them.

Cecelia Crocker was the only one to survive in the 1987 airliner crash in Detroit. She was only 4 when she experienced the terrifying accident when only she survived out of 154 passengers and crew. She lost her entire family including her parents and brother. The rescuers found her alive under the seat, not far away from her dear ones bodies. The Northwest Airlines Flight 255 was travelling from Detroit to Phoenix.

The National Transportation Safety Board (NTSB) said that the flight crew did not set the plane’s flaps and slats correctly for takeoff. The warning system also failed to alert to alert them. Cecelia is an adult now. She has a tattoo of an airliner on her left wrist. It is a memory of a fiery ordeal of which she has no memory. She says-

“I feel "almost inferior" because others had to work to survive, and I just woke up in the hospital."

The Comair Flight 5191 was travelling from Lexington, Kentucky to Atlanta. Jim Polenhinke was the co-pilot in the airliner who was at the controls when the plane crashed during takeoff in 2006. The accident took away Polehinke’s leg and 49 other people were killed on board. The aircraft was assigned Runway 22 for takeoff but it used Runway 26 instead. Even after confirming “Runway two-two” Captain Jeffrey Clay took towards Runway 26. When the secondary runway was only 1,100 m long, he handed over the controls to James Polehinke.

The investigation showed that the cause of crash was pilot error. NTSB concluded that Clay and Polehinke ignored the clues given to them for heading towards the wrong runway. He has spent for fighting these accusations on him and his pilot. From darkness and anger, he has turned towards a more enriching and hopeful path.

JAT Yugoslav Airlines Flight 357 exploded in mid air over Czechoslovakia on January 26, 1972. A terrorist bomb was suspected to be placed on board. Out of the 28 people, only the 22 year old Serbian flight attendant, Vesna Vulovic survived. Fortunately, she was trapped in the tail of DC-9 aircraft by a food cart and so she stleast did not die. With many injuries including two broken legs, fractured skull and three broken vertebrae, she was left in coma.

She holds the Guinness World Record for making the highest fall (33,333 feet) without parachute. Some years after the crash, she said-

"To this day I enjoy travelling and have no fear of flying." 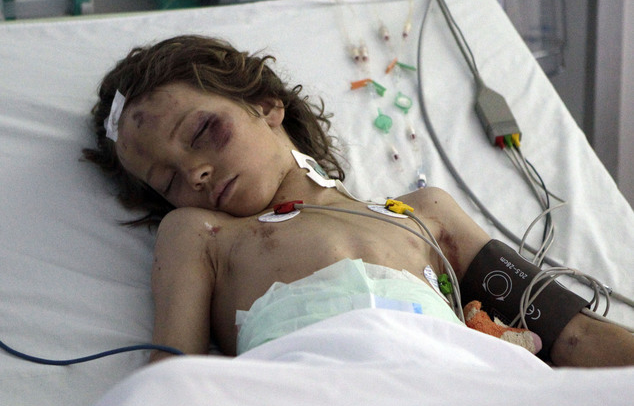 The Afriqiyah Airways Airbus crashed in the Libyan Desert sand on May 12, 2010 while approaching to Tripoli, Libya. 103 passengers and crew were killed in the crash. 9 year old Ruben van Assouw was still strapped to his seat. He was unconscious but breathing and his legs were shattered amid the debris. Some days after the crash, Ruben came to know that he was the sole survivor. He underwent surgery for his fractured leg and was successfully recovered. On his way from safari to his home with parents and brother, he had lost all of them in the crash. The Dutch boy is being raised by his uncle and aunt in Netherlands. They said in 2011 that the Dutch boy hopes to return to Libya.

"He wants to know what happened. And he wanted to show the Libyans how well he's doing." 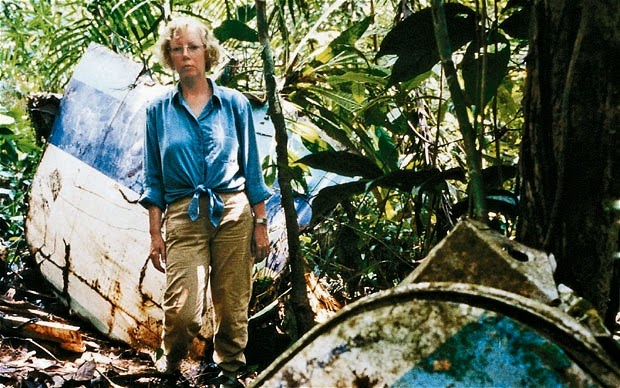 Juliane Koepcke was travelling on the 1971 Christmas Eve in Lansa Flight 508 over Peru when lightening caused the plane to explode. Her mother sat on the seat next to her. She said-

Juliane fell two miles away while still being strapped to her seat and she was the only survivor out of 92 people on board. The 17 year old girl was completely alone in the rainforest. She had broken her collarbone and ruptured knee ligaments. But the survival skills she had been taught by her father, proved out to be very helpful for surviving through the hardships of the difficult times.

She kept walking and fought with mosquitoes and hunger for 10 days. She was saved by a passing boat when she began to float down a large river. After being on board, she realized that the wound on her arm had become infested with maggots. She remembered her father’s advice and poured petrol on it. She picked out more than 30 maggots. 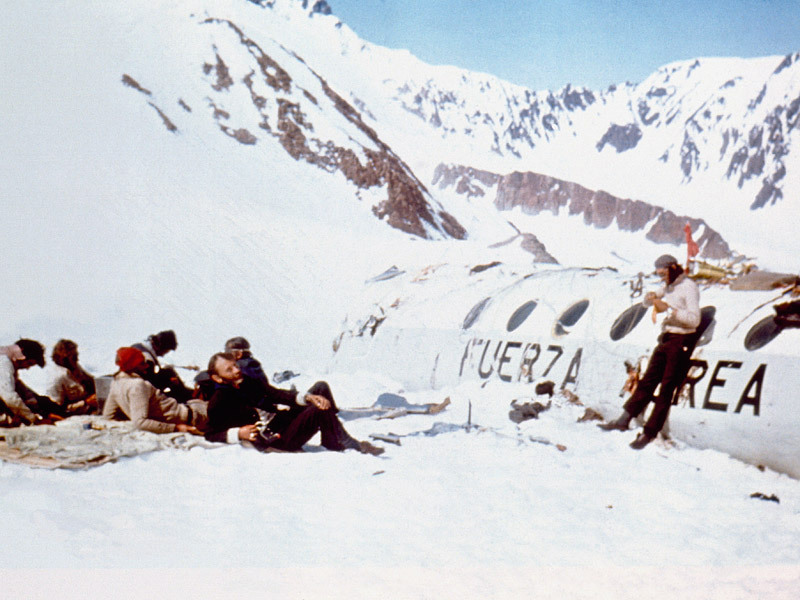 This is one of the most famous stories of human survival. A Uruguayan plane crashed in the middle of Andes mountain range on October 13, 1972. There were 45 passengers. More than a quarter of those died in the initial crash. After 10 days of searching, rescuers gave up on finding any living person in the fatal crash.

All alone in the mountains with no food, the survivors were forced to resort to cannibalism (eating flesh of those who had died). When avalanches hit their shelter, 8 more people were died.

On realizing about the fears of death in mountains, two Chilean passengers Roberto Canessa and Nando Parrado set out to find help. They reached Chile after trekking for 10 days. 72 days after the plane went down; remaining 14 survivors were also rescued from the crash site.

15 Most Powerful & Famous Members of Skull and Bones - Secret Society