This Chinese baby boy named Hong Hong has 15 fingers and 16 toes, making it 31 in all. It is caused due to a rare birth condition called polydactyly. Read on. 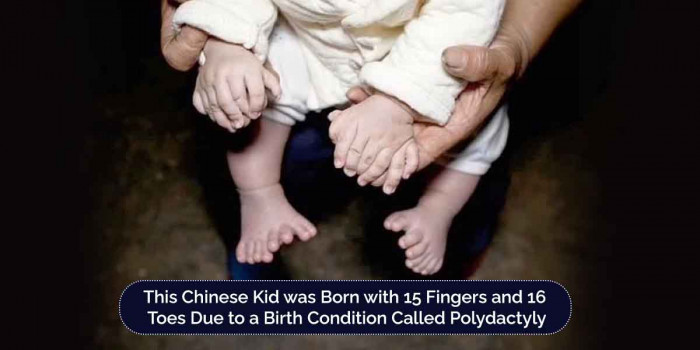 Polydactyly is a physical disorder in which a person is born with extra fingers or toes (more than five on each hand and feet). It is a fairly common disorder in children and is typically seen in out of 1000 humans. In this condition, the child may experience difficulty walking when he or she grows up.

In 2016, a baby boy named Hong Hong was born in China with this rare birth disorder. Not with one or two extra fingers, but he has 31 digits (fingers and toes) in all! He has no thumbs and two palms on each hand. Yes, it’s true! 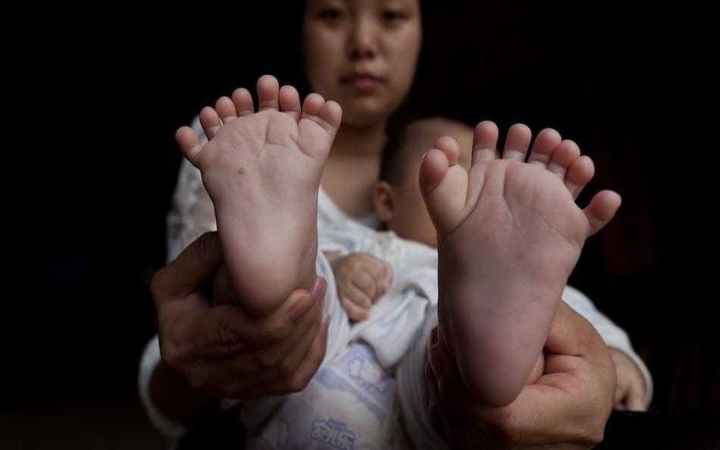 The baby has been undergoing multiple surgical operations. He was born to migrant worker parents from the village of Zhongping. The baby’s mother also has one extra finger on each hand, which may indicate that he inherited the condition. However, unlike his mother, the baby’s case is rather urgent and serious as it would affect his ability to walk in the future.

After learning about the case of Hong Hong, the No. 6 Hospital of Ningbo City agreed to reduce the family’s medical costs, which was earlier estimated to be £57,786. It was then admitted to the hospital for 3-phase corrective surgery. In the first phase, the toes are removed to ensure that the child can walk. After that, in the 2nd phase, the extra fingers are removed, and thumbs are added. Then in the final one, the fingers are completely reshaped. The recovery phase then begins after the surgeries are complete.

As per the resident doctor of this hospital, Xu Jihai, the operations would involve removing the boy’s extra fingers and toes and then reshaping the rest of them. The high-risk surgeries involve his bones, joints, skin, nails, and critical veins. It is not only challenging but also requires an extensive post-op recovery regime. The hospital planned that all three surgeries would complete before the boy starts school, and it also promised his follow-up treatments for the next 16 years.

This is not the first and only case ever heard of polydactyly. The same year in May, another child, who was nicknamed Yuanyuan, was also born with 31 digits, and his family is also from the Hunan province of southern China.

How are Babies Born with Polydactyly? 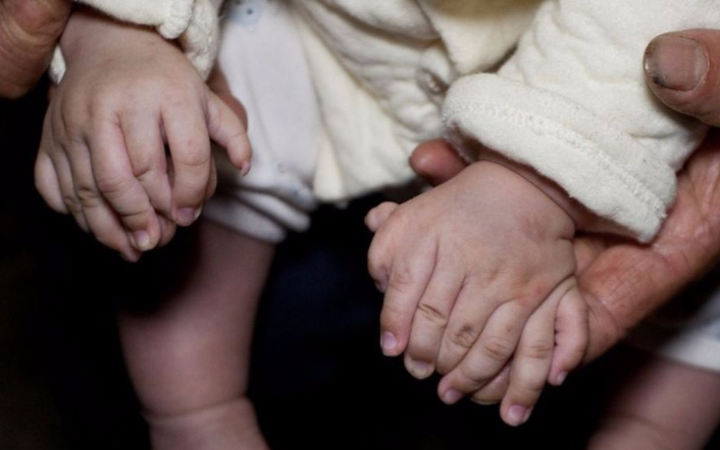 As we know, the anomaly of having supernumerary fingers and/or toes is polydactyly. It is the opposite of oligodactyly- having fewer fingers and/or toes. An extra digit is usually only skin (nubbin) that is connected to a small piece of soft tissue that is not well-formed and could be removed. It can sometimes be a complete functioning digit that contains bones, muscles, blood vessels, and nerves but without joints. It is connected to the hand or foot deep inside.

Its three types include:

3. Central Polydactyly (Between fingers and toes)

When the extra digit occurs between the other fingers (ring, middle, and index) or toes, it is called central polydactyly. It is a rare incidence. It is associated with syndactyly, cleft hand, and various other syndromes.

The occurrence of this congenital deformity is nearly 2%, of which 10% involve the upper extremity. It is diagnosed through X-ray imaging to check the condition of bone structures.

Some of the famous personalities with polydactyly are Hrithik Roshan (a Bollywood actor with a supernumerary thumb), Danny Garcia (American boxing champion with six toes on his right foot), Gemma Arterton (an English actress who had six fingers on each hand), Garfield Sobers (a former West Indian cricketer who had an extra finger on each hand), Henry II- the Pious (High Duke of Poland who had an extra foot on his left foot), and many more.

The world record holder for having the highest number of digits (34) belongs to Akshat Saxena from the Indian state of Uttar Pradesh, who was born with seven digits on each hand and ten digits on each foot.

5 Most Inspiring People Who Turned Disability into Opportunity