Maryam Mirzakhani: The First & Only Woman Who Won Fields Medal

Maryam Mirzakhani was the first Iranian to have been honored with the Field Medal, which is regarded as the Nobel Prize of mathematics. She is also the first and only woman to win this award. 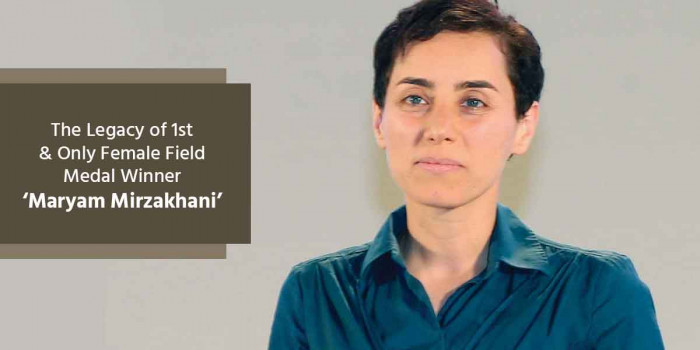 You may be someone who always found mathematics to be the toughest and the most complicated academic subject during your school days. While some hate those complex equations, calculus, geometry & algebra, some others love playing with numbers and solving difficult math problems.

Some rare ones are so talented that they accomplish a lot in the field and introduce innovations. Maryam Mirzakhani was one such celebrated mathematician who continues to hold a legacy for her extraordinary achievements and worldwide recognition.

Let us know more about this mathematics genius.

What is Maryam Mirzakhani Famous for? Born on 12 May 1977 in Tehran, Maryam Mirzakhani is globally known for being the first Iranian who won the Fields Medal award in mathematics back in 2014 at the International Congress of Mathematicians in Seoul. Also, she is the first and only female mathematician to have achieved this honor. The award committee mentioned her work in "the dynamics and geometry of Riemann surfaces and their moduli spaces."

In case you don’t know- The Fields Medal, established in 1924, is awarded to young mathematicians since 1936 every four years for their outstanding contributions in mathematics. It is regarded as the world’s most prestigious honor in the mathematics field and is called the Nobel Prize of Mathematics. 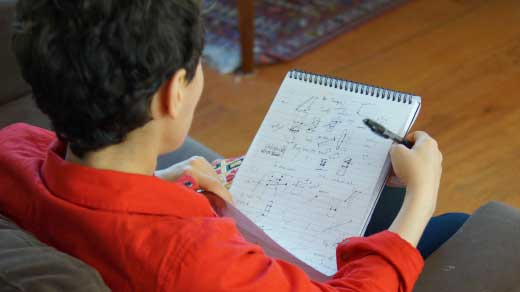 In her childhood, she attended Tehran Farzanegan School, part of the National Organization for Development of Exceptional Talents (NODET). Winning the gold medal for mathematics in the Iranian National Olympiad, she was allowed to skip the national college entrance exams. In 1994, she became the first female Iranian student to earn the gold medal in the International Mathematical Olympiad in Hong Kong.

Then in 1995, she became the first Iranian student to achieve a perfect score & win two gold medals in the International Mathematical Olympiad in Toronto. She even collaborated with Olympiad silver medalist, Roya Beheshti Zavareh, on their book- Elementary Number Theory, Challenging Problems that published in 1999. They together competed in the Iranian National Mathematical Olympiad and won gold and silver medals, respectively.

In 1999, she did B.Sc. in Maths from the Sharif University of Technology. She was recognized by the American Mathematical Society for her work in developing a simple proof for a theorem of Schur. She then went to the US for graduate work and got a Ph.D. in 2004 from Harvard University.

Back in 2004, Mirzakhani worked as a research fellow at the Clay Mathematics Institute and served as a professor at Princeton University. Later, in 2009, she was a mathematics professor at Stanford University.

Also, in 2005, as a result of her research, she was honored in Popular Science's fourth annual "Brilliant 10," wherein she was recognized among the top 10 young minds who contributed to their fields with innovations.

Calling herself a "slow" mathematician, Mirzakhani once said-

"You have to spend some energy and effort to see the beauty of math."

Talking about not having a specific recipe for developing new proofs, Maryam further stated-

"I don't have any particular recipe [for developing new proofs] ... It is like being lost in a jungle and trying to use all the knowledge that you can gather to come up with some new tricks, and with some luck, you might find a way out."

Interestingly, Mirzakhani doodled on the sheets of paper and wrote mathematical formulas around them. Her daughter Anahita described Maryam’s work as a "painting."

Her Legacy Would Live on for Years to Come 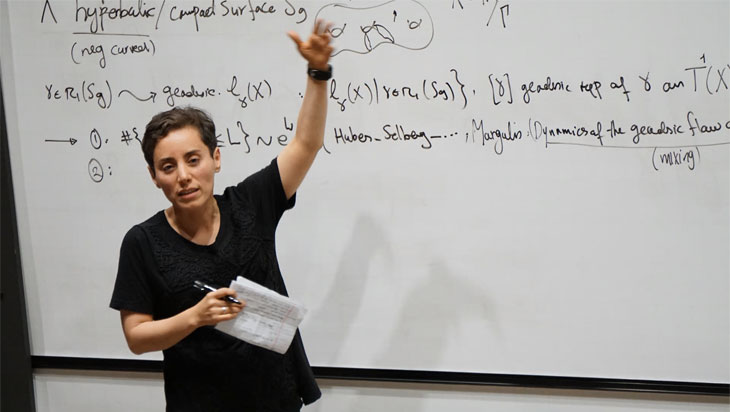 On 14 July 2017, she passed away due to breast cancer at the age of 40. Upon her demise, Iranian President Hassan Rouhani and other officials offered condolences and hailed her scientific achievements. He said in his message-

"The unprecedented brilliance of this creative scientist and modest human being, who made Iran's name resonate in the world's scientific forums, was a turning point in showing the great will of Iranian women and young people on the path towards reaching the peaks of glory and in various international arenas."

Many obituaries and tributes were published in the days following Mirzakhani's death. The International Council for Science agreed to declare her birthday as International Women in Mathematics Day in her honor.

Various establishments have also taken after Mirzakhani's namesake in honor of her life and achievements. In 2017, Farzanegan High school named their amphitheater and library after her. Also, Sharif University of Technology named its main library in the College of Mathematics after her. Moreover, the House of Mathematics in Isfahan, collaborating with the Mayor, named a conference hall after her.

In 2014, the Oxford University students founded the Mirzakhani Society, a society for women and non-binary students who study Maths at the university. In 2016, Mirzakhani became the first Iranian woman to become an official member of the National Academy of Sciences.

In 2018, Satellogic launched a ÑuSat type micro-satellite named Maryam Mirzakhani to honor her. In 2019, The Breakthrough Prize Foundation declared the Maryam Mirzakhani New Frontiers Prize to acknowledge the outstanding women in the mathematics field every year.

Other awards and recognitions she received include:

Mirzakhani had amazing math solving techniques and tricks. She was outstanding in hyperbolic geometry, Teichmüller theory, ergodic theory, and symplectic geometry and had these as her research topics.

So if you are a lover of this Sumerian civilization invention, share your favorite math tricks and techniques for making the problem-solving easier. Also, here are some simple math tricks you would wish you knew before.

Jessica Cox: The First Armless Pilot Who Flies Plane with her Feet