Mansa Musa- The Life of Richest Person in the History

Musa I was called ‘Musa the Magnificent’ by historians. He was honored and celebrated for his justice, enlightenment, and beliefs. 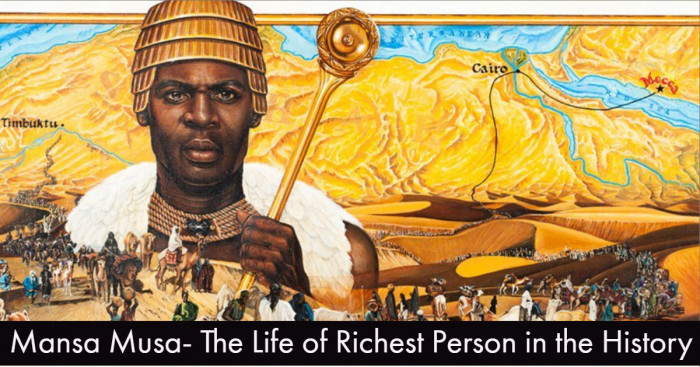 Musa I or popularly known as ‘Mansa Musa’ was the 10th king of the West African kingdom. Widely known for his incredible wealth, Mansa was a man of integrity whose aim was to help the people in any way. The king was well-schooled and very soon understood that education plays a crucial role in one's life. In his kingdom, education was encouraged a lot. He opened libraries, universities and invested in books. Musa I wanted to make Timbuktu a center of learning with students and scholars coming from different parts of the world.

African King Mansa Musa I is thought to be the richest person in the world ever. TIME magazine’s Jacob Davidson wrote-

“There’s no really no way to put an accurate number on his wealth.”

He became the ruler after his predecessor Abu Bakr II (the king before him) went missing on a voyage he took to find the edge of the Atlantic Ocean. He had given the name Mansa which translates into a king. During his time, Europeans were struggling due to civil wars and need of resources. While in power, the king expanded the borders of his empire.

He annexed the city of Timbuktu and reestablished power over Gao. Overall, his empire stretched over 2000 miles. He ruled on Gambia, Burkina, Niger, Guinea, Chad, Mauritania and Senegal. His son and successor Mansa Magha Keita was appointed deputy during his journey to Mecca. He grabbed the attention of the Arab world when he left his home to make a pilgrimage to Mecca. His contribution and kindness caused Mali to appear on maps.

One Man, Many Names

When he was alive, people gave him different names. He was called ‘Emir of Melle’, ‘Conqueror of Ghanata’, ‘Lord of the Mines of Wangara’ and by dozen more names. His name appears as Kankan Musa, Kankou Musa, and Kanku Musa. The king was popularly known by name ‘Kankou’ (female name) therefore, Kankou Musa reads Musa whose mother was Kankou. He was also called Gonga Musa, Lion of Mali and Mali-koy Kankan Musa.

What He Won and Conquered During His Reign? 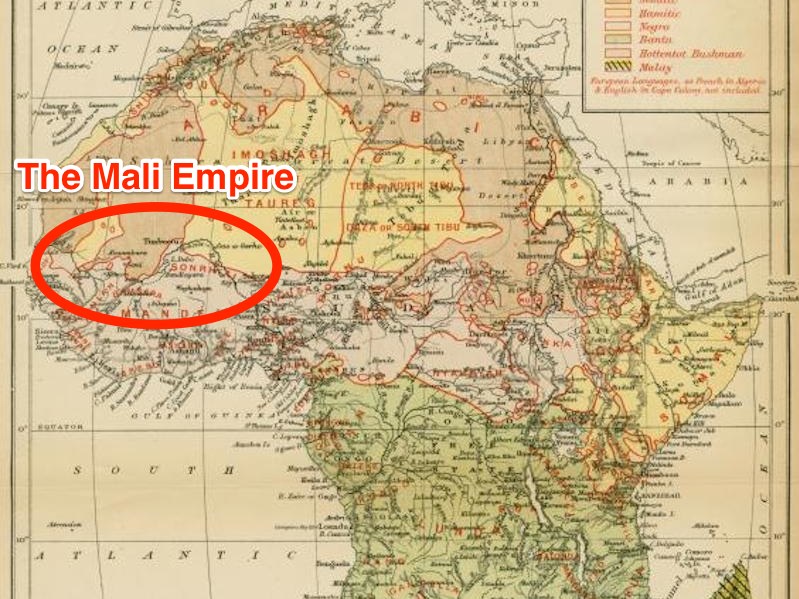 Mansa Musa I ruled the Mali Empire from 1312 to 1337. He conquered 24 cities containing estates and villages. During his reign, the king became the largest producer of gold in the world. Under his rule, the empire grew from Atlantic coast to the trading hub of Timbuktu and the Sahara Desert.

In 1342, the king traveled 3000 miles with 600,000 million dollars in gold bars. The actual amount is still not known, but it is only an estimation. The king also traveled with 100’s of camels, goats, and cows and over 50,000 men including thousands of slaves and soldiers draped in Persian silk who each carried 4 lb of gold bars and handled bags. Initially, the animals were used to carry gold and then they were used for food. Yes, even the servants were benefited from his wealth.

During the journey, they would stop in different cities to pay for and to build the mosques. On his way, he used to give gold to the poor. He continued giving gold to the poor till he reached Cairo, Egypt and bought food and everything for 50,000 men by selling gold coins.

It was not until 1342 that people knew about him and his expansive wealth. However, his generous actions strongly devastated the economies of the cities through which he passed. To resolve this issue on his way back, he borrowed gold from money-lenders at high interest. His journey records were published in several journals and oral accounts.

During his reign, it was the only time in history when one man controlled the price of gold. After this, he became a legend. And on his hajj to Mecca, people noticed him and the name Mansa Musa was spread in Western African and other countries. (12.1)

How Timbuktu Became the Center of Trade? 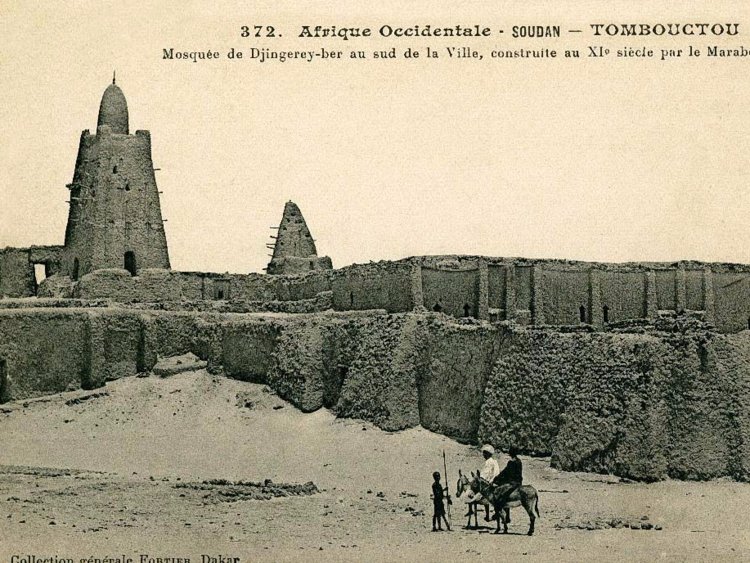 It is believed that Musa I of Mali traveled through the cities of Gao and Timbuktu and made them a crucial part of his empire when he came back in 1325. He even brought talented architects from Andalusia and Cairo to construct his palace in Timbuktu. Mansa has also built Djinguereber Mosque in the city which still stands. Another famous structure which Mansa built was Gao Mosque. During the construction, burnt bricks were used for the first time in West Africa.

The ancient city in Mali, Timbuktu then became the center of trade and brought in dealers and merchants from Egypt and other countries. A university was developed in the city, and the Islam religion was spread, making the city a hub for Islamic Scholarship.

The news spread across southern Europe, and soon traders from Genoa and Venice added Timbuktu to trade manufactured goods for gold. Soon, the university in Timbuktu became a hub of culture and attracted Muslim scholars from around the Middle East and Africa. Many scholars recognized Mali as the symbol of power and the place of Sudano-Sahelian architecture.

By the end of his reign, the Sankoré University became the most staffed university and had the largest collection of books in Africa. It was capable of giving space to 25,000 students. The university library held over 1,00,000 manuscripts.

It was in 1330 when the kingdom of Mossi conquered Timbuktu. Musa quickly recaptured the city and built a stone fort and placed army to save the city from future invasions. 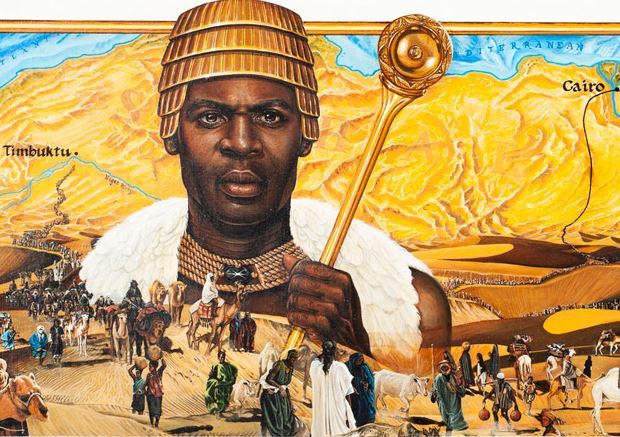 Kankou Musa was more than a king. He was one of the greatest leaders in the history. Read below his contributions for the society that made him the most generous king ever.

1. He Was the Source of Education

In his kingdom, education was free. He encouraged people for education and built libraries and universities, making the city of Timbuktu the hub of learning with students coming from across the Islamic world.

2. Why He Was Called ‘Musa the Magnificent’?

Historians call him Musa the Magnificent. Mansa Musa was celebrated for his justice and piety. Renowned travel writer Ibn Battuta who traveled the Middle East, Africa and Asia was quite impressed by the security he experienced on his journey. He wrote – “There is complete security in their country,” and “Neither traveler nor inhabitant in it has anything to fear from robbers or men of violence.”

Merchants always stopped at Mali. They were housed, welcomed and even fed. The king had a reputation for being very gentle.

4. How He Established Timbuktu? 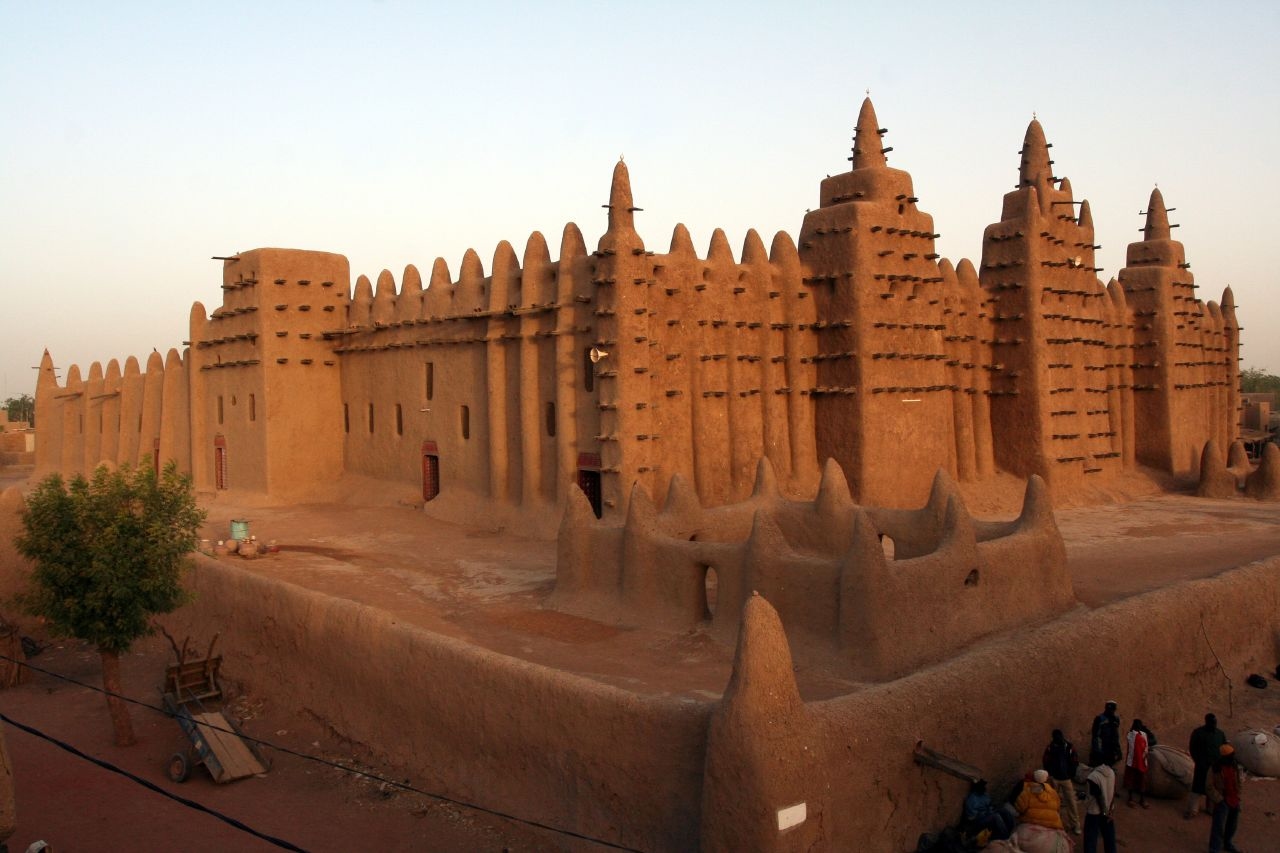 The king won a good number of conquests during his reign. He took control of many areas and established Timbuktu as the greatest city in the world. During his reign, the University of Sankore was re-staffed with great mathematicians and jurists who made the university popular all over the world.

On his travel to Mecca, he gave gold to charitable organizations, poor, and to the entire group who traveled with him. He even fed a group of 50,000 men, thousands of camels, and goats all through the way to Mecca.

6. He Made Other People Rich

When Europe was plagued with warfare and diseases, those who visited Mali noticed that people there were rich and happy.

Musa initiated a building program raising madrasas and mosques in Gao and Timbuktu. In Niani, he built the ‘Hall of Audience’. The structure was adorned with vibrant colors, wooden window frames coated with silver foil and lower stories covered with gold.

What Should You Know About Mansa Musa’s Wealth? 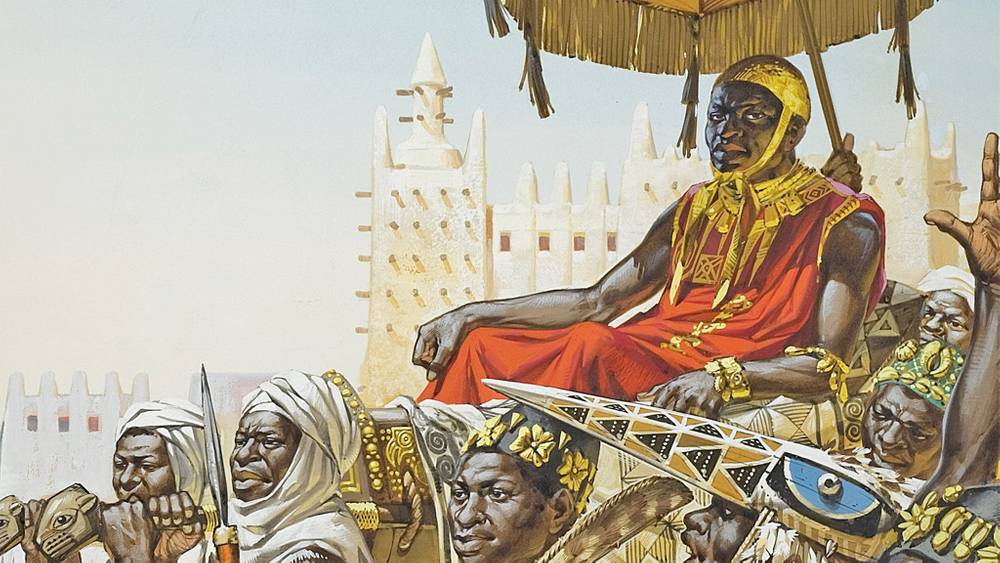 You probably would think Bill Gates and John D Rockefeller to be the richest people today. But do you know the 14th-century king Mansa Musa is still called the richest person in the world ever? In 2012, Celebrity Net Worth published the list of top 25 richest people of all time. Mansa Musa was placed on the top above Warren Buffett and Bill Gates. It was calculated that Musa died with a personal net worth of $400 billion. The reason for his tremendous wealth was that Mali was largely responsible for the world’s gold and salt supply.

The Death of the Legend 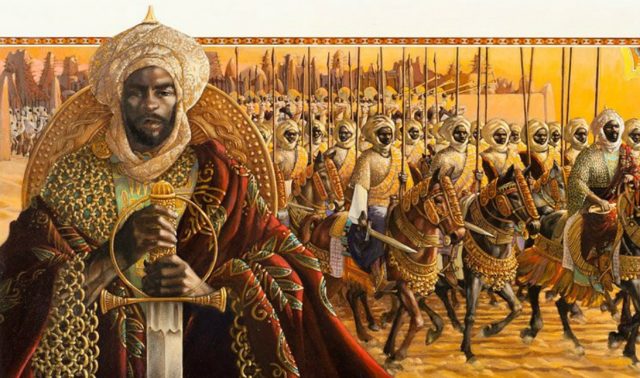 The king of the West African Empire or Mansa I Musa died in 1331 after 25 years of reign. His death is still a debatable question among historians and Arab scholars. Some accounts claim that he died after 1337. The exact date and reason for his death are still a mystery.

Mansa Musa the richest person in the history had a beautiful heart and love for all. He was loved and admired by his people very much. One should learn and take lessons of love spread by him and also bring it into action.

There probably wouldn’t be anyone as rich as Musa again, but still, we hope that any leader if reaches near his worth doesn’t cause inflation to the economy.

So do you know any person who is as wealthy as him or maybe close to his net worth?

PewDiePie- Journey From Being Zero To Hero