5 Infamous Female Pirates Who Have Made Their Mark on History

A common belief once said that women in the pirates’ crew could turn out to be a sign of bad luck. But history has seen some ...

A common belief once said that women in the pirates’ crew could turn out to be a sign of bad luck. But history has seen some very fierce, courageous, and notorious female pirates who have joined and lead a huge band of buccaneers fearlessly. They have come from all across the globe and centuries.

Here are the 5 most infamous female pirates who have made their mark on history. 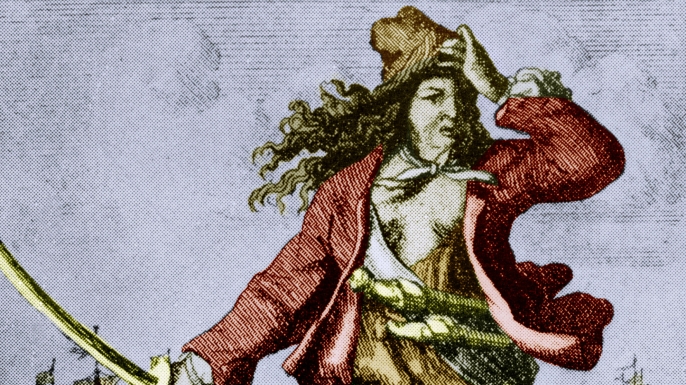 Mary Read is one of the most ferocious female pirates in history. She was born in the late 17th century in England. Read’s mother disguised her as her elder deceased half-brother to swindle money from his grandmother. Under the name 'Mark Read', she later went on to join the British military later and proved her mettle in the battle fought against the French. She fell in love with a Flemish soldier and after marrying him, she used the military commission to seize an inn called "The Three Horsheshoes" in the Netherlands.

After her husband died, she left the military and boarded a ship heading toward West Indies. Read became a pirate in the late 1710s when the pirates attacked the ship she was employed on which lead her to join the ranks. In 1720, she met Calico Jack's boat and befriended Anne Bonny. She revealed to them her true identity.

During an attack by pirate hunters in October 1920, Read and Jack’s crew were caught and charged with piracy. Read escaped the execution by revealing that she (and Anne Bonny) were “quick with child”. However, she later died of fever in the prison.

2. Ching Shih or Cheng I Sao 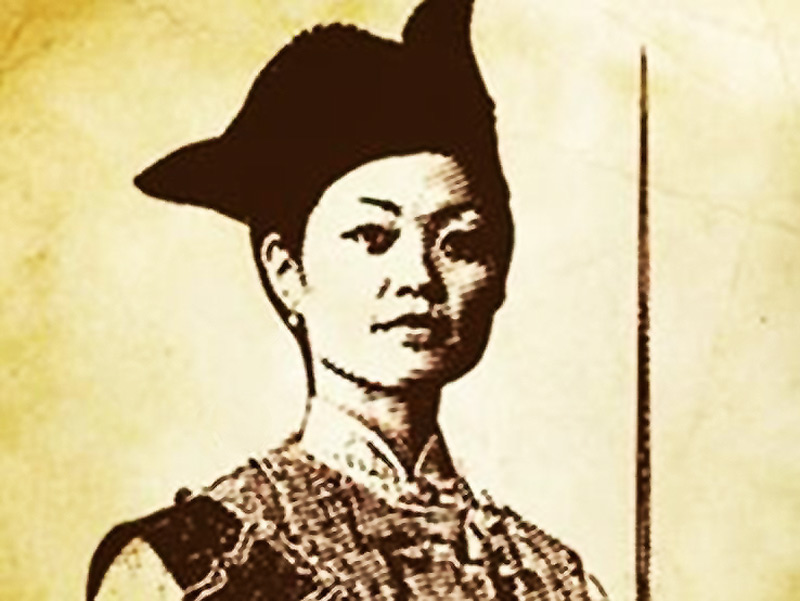 Ching Shih is one of the most influential pirates of all time. Born with the name Shi Xiang Gu, she worked in a brothel before pirates captured her. She married a powerful Chinese pirate Zheng Yi aka Cheng I in 1801. His "Red Flag Fleet" was huge and having around 300 ships and 50,000 men.

Soon after Cheng's death in 1807, she emerged into power and teamed up with a trusted lieutenant Chang Pao. By 1810, the Red Fleet sprawled into 1800 sailing vessels and 80,000 crew members. She also set up her own government writing down laws for pirates. The punishment for rape would be beheading and ears would be chopped off in the case of deserters.

In 1810, when she and her fleet planned to quit piracy, amnesty was offered. In order to get, the pirate must kneel down before the government officials. To avoid a shameful situation, she asked the official Zhang Bai Ling to marry her and her first mate. He agreed and they knelt down to express gratitude. Being one of the most successful pirates, Cheng Shih retired and ran a gambling house till 1844 when she died. She lived for 69 years. Grace O'Malley was born in Ireland around 1530 when Henry VIII was the King of Ireland. Because of her short hair, she was called “Granuaille” or “bald". She was a powerful female pirate who led a 20-ship fleet. She took the reigns in the 1560s, she carried forward the family tradition of piracy by looting English and Spanish shipping vessels and knocking off the rival clans.

A legend claims that she fought a battle the next day after giving birth. During one of her raids, she was captured and imprisoned. After her release, she began plundering again.

But in the 1590s, she landed into trouble when British authorities seized her fleet. She went to Queen Elizabeth I directly pleading her for help. She portrayed herself as a tired and broken woman and solicited to give back her ships, release a captured son and let her retire in peace. To which, the queen agreed but records say that she along with her sons kept on with their piracy business until she died in 1603. 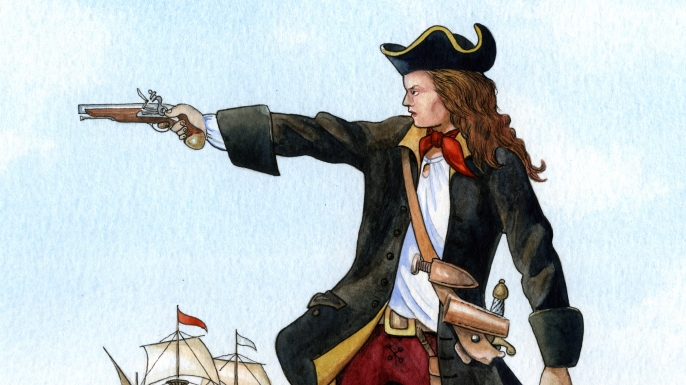 Anne Bonny was born Anne Cormac in 1698. She became an iconic figure of "The Golden Age of Piracy"  because of her fierce and courageous temper. She married a short-term pirate James Bonny due to which her father disowned her. Then, along with Bonny, she traveled to the Pirates Republic which is a sanctuary in the Bahamas.

But the two didn't stay together for long and divorced. After that, she fell for the notorious pirate Calico Jack Rackham and joined his crew. In October 1720, Anne and Jack's crew were seized by English forces pirate hunters. Jack was hanged to death but Anne’s pregnancy saved her from the execution. 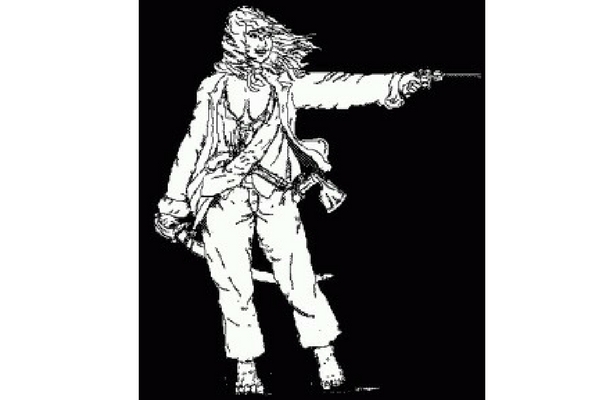 Many myths and legends are said to have been associated with Rachel Wall. She is known to be one of the first and the only American woman to become a pirate. Allegedly, she was an inhabitant of Pennsylvania who fled from home and went on to marry a fisherman George Wall. They settled in Boston and due to their constant financial struggle, they got involved in criminal activities.

In 1781, they got a small boat and partnered with few low-life mariners to attack ships off the coast of New England. Every time a storm came, the pirates would make their boat appear like it had been wrecked by the storm. Rachel would then stand on the deck and cry for help from the ships passing by. As some ships came to their rescue, they would board, rob, and murder them.

However, in 1782, a real storm wrecked her boat and killed his husband, George. Even this didn't stop her and she kept robbing on land and got arrested in 1789. In prison, she confessed in writing “Sabbath-breaking, stealing, lying, disobedience to parents, and almost every other sin a person could commit, except murder.” On October 8, she was hanged to death in Boston.