Everything You Didn’t Know About Dan Bilzerian

Dan Bilzerian, a name that may not be widely known but his deeds surely are. A semi naked young man who is alw... 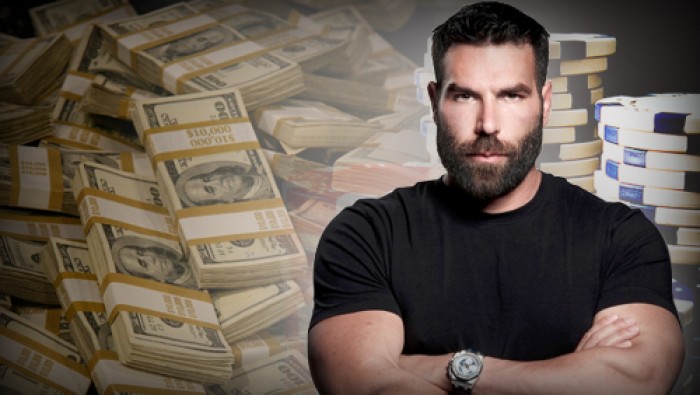 Dan Bilzerian, a name that may not be widely known but his deeds surely are. A semi naked young man who is always surrounded by topless women; anyone having their presence on social media cannot avoid this person. And for the Twitter and Instagram generation, ‘Blitz’ is so familiar that their families lack behind.

The man got made his way to internet’s A-list with a five second clip that was taken from the live TV coverage of Poker World Series held in Las Vegas in 2013. A man with a beard is sitting in the blue lit audience section, draped over by a beautiful young woman stroking his beard. 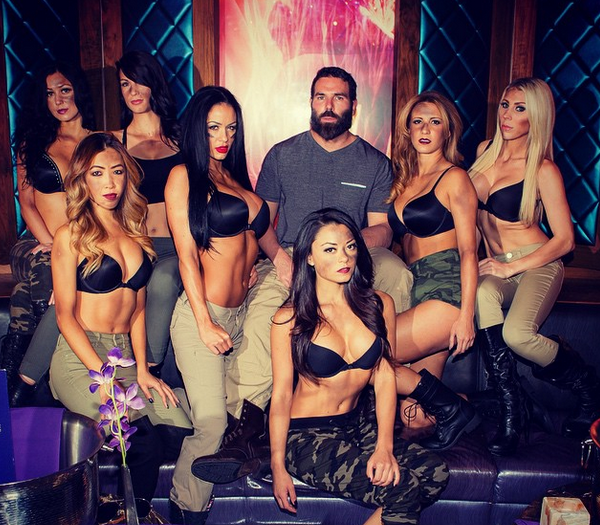 Dan "Blitz" Bilzerian is one among the top high stake poker players in the world, having a net worth of $100 million. 36 years old Dan is the son of an eighties exiled corporate raider. Young men would happily lose an eye for his lifestyle. The unabashed playboy is surrounded by chicks, booze, money and controversies. The person doesn’t care for anyone yet remains bigger than the President of United States on the internet.

Dan Bilzerian has more than a million searches on Google which is way more than Donald Trump or Barack Obama. His Instagram followers are 20.8 million, which is much more than Lady Gaga.

Dan Bilzerian lives in a luxurious estate in the Hollywood Hills. The house gives a 270 degree view of the city. The pool is located over the hillside. Cash counting machines, poker tables and a large garage for his Lamborghini and the chrome plated 1965 AC Cobra are some assets in his house.

His cat Smushball and the goats, Zeus and Beatrice company him the house. These pet members sleep on a $700 blanket outside. Not to mention, girls can be seen everywhere around the house.

Bilzerian’s neighbors include the likes of Leonardo Di Caprio and the multibillionaire nightclub impresario Sam Nazarian.

The King of Instagram documents a highly outrageous lifestyle in his feeds. A life that is free from any moral, financial or legal constraints.

He gets his hair cut by bare breasted women. His poker bets are never less than 8 digits. To carry around his anti-tank guns, he buys a new pickup truck. 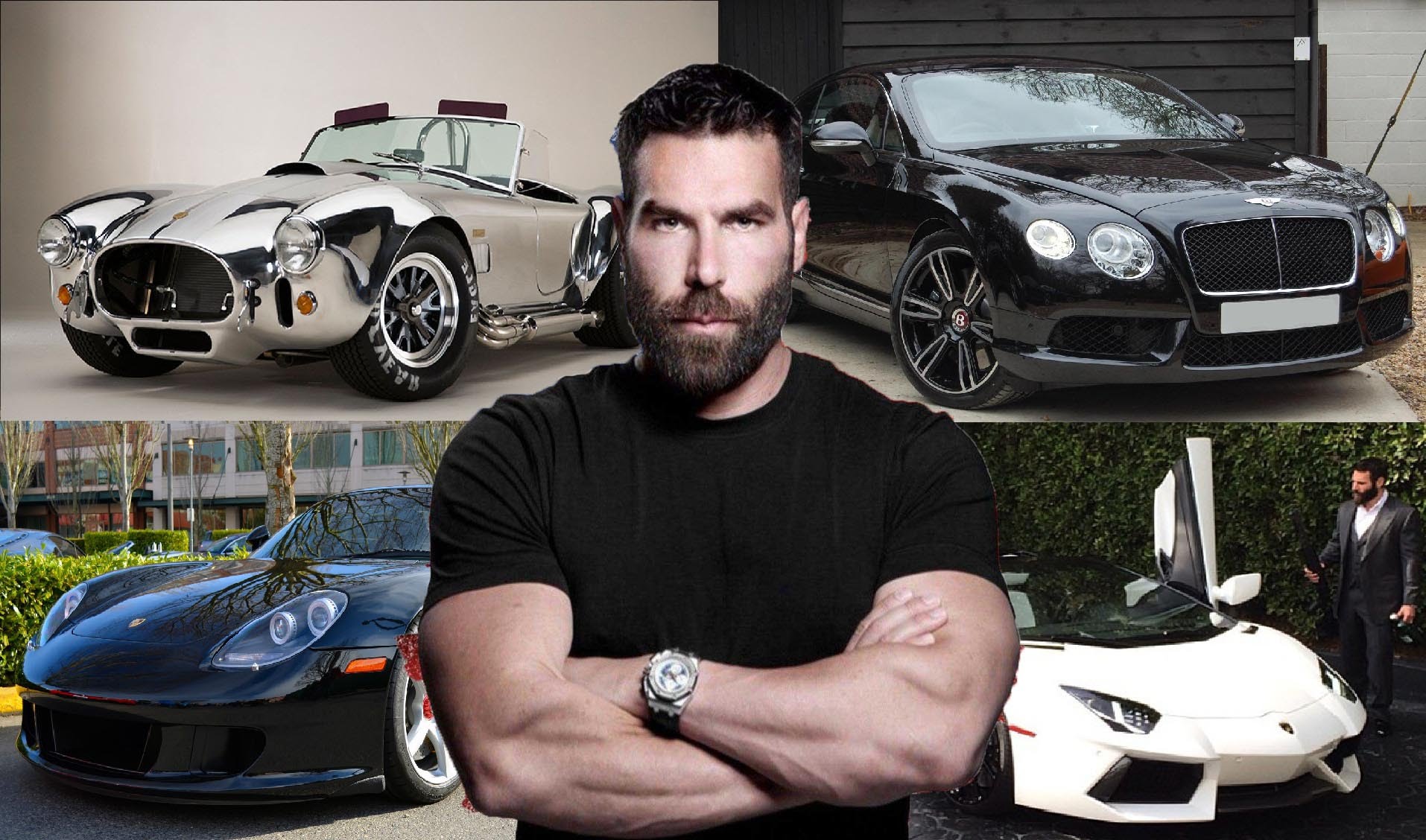 Bilzerian has a fleet of best sports cars. His cars’ sample plates say ‘SUCK IT’ and ‘MR GOAT’. He also owns a Gulfstream IV jet that has his personal emblem on the tail.

Apart from wealth, poker and game, the thing that is most important for him is his beard. He even refused the offer of $100,000 to shave his beard, given by one of the Facebook founders. Sadly, only some months later, he was clean shaven for a film.

Heart Attacks, Arms Dealing, Bomb Making And What Not

Its good to have options

The price of pleasure is often pain and Dan had his share for it. He suffered a double heart attack at the age of 25 and another one at 32. He was treated by Michael Jackson’s doctor Conrad Murray. He suffered pulmonary embolism, caused by his overly ambitious poker schedules, booze and sex. He didn’t exactly reign the attack but himself took a discharge and challenged to take up a million dollar bet for he wouldn’t die.

In his earlier days, Bilzerian sold weapons at highly exaggerated prices and that’s what made him money when he went bankrupt during his college poker games. He sold his gun collection worth $750 for $10,000. He turned this money into $187,000 in Las Vegas. The short stint of arms dealing brought him wealth, fame and fortune.

Dan was also found guilty in 2014 for constructing a bomb. Another footage emerged in 2014, which shows Bilzerian kicking a woman on her face while celebrating his birthday a Nightclub in Miami. The woman claims that her eyes were bleeding but Dan denies these allegations.

Dan Bilzerian learnt to play poker at the University of Florida where he studied business and criminology. In time, he became a master player.

Bilzerian gained huge attention of the high stakes poker crowd by the age of 27 but never completed his degree. Winning tournaments, bidding carefree amounts, sponsorships by online cardroom giants, betting over insanely daring acts like swimming through the alligator lake had become a normal affair for him.

Not everyone is convinced with the accuracy of $100 million figure but Dan Bilzerian’s celebrity vibe is undeniable and the talent of his calculated risk is beyond question.

As the Former US Navy Seal Trainee 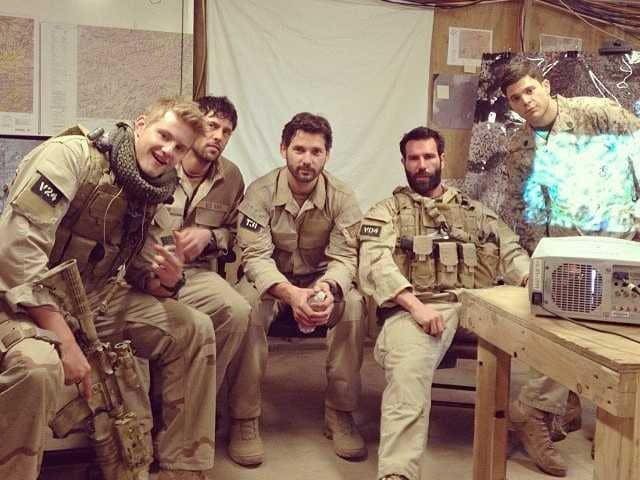 Bilzerian once joined the navy and began training for the Seal division (well known for killing the al-Qaeda leader Osama bin Laden). Three quarters of Seal trainees do not graduate. He spent 510 days in the training. After two failed attempts Bilzerian permanently dropped the training. There were also some issues between him and the officer in-charge. Following this, Dan got admitted to University of Florida for his studies.

This is what Bilzerian Fears From 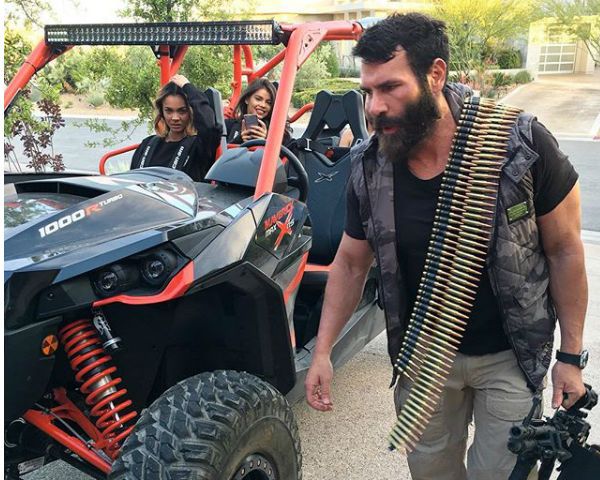 "My greatest fear is that someone will break in and I won't be able to decide what gun to shoot them with."

There was also an image of his dining room table covered with several rifles and pistols. Every room of his house has guns lying around casually. Any visitor at his place is warned not to touch any of them because they are always chambered and loaded.

Lonely Childhood has made Dan Bilzerian his Present Self 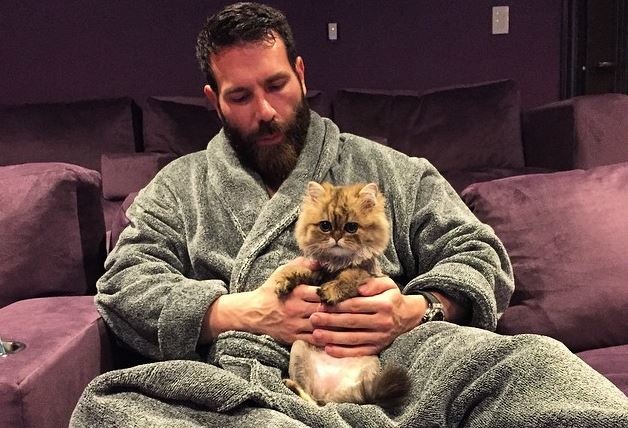 Dan Bilzerian grew up in a luxurious eleven bedroom mansion in Tampa, Florida. It was half the size of Buckingham Palace with all the luxurious normalities including swimming pool, basketball court, lake front views and much more but most strikingly there was an “imported volcanic rock mountain”. Among several investments of his dad (who was a survivor of Armenian Diaspora), he owned a robotics company. All his family members have a nearly genius IQ level.

Dan however, had a lonely stressful childhood.

"Basically I didn't get a ton of attention as a kid. I guess that's why I'm such a flashy lunatic."

His dad was found guilty for various stock and tax frauds and sent behind the bars. In order to get over the humiliation of his classmates, he began to show his contempt and was expelled from two schools in the same year; thereby ending up in military academy under drill instructors. Their family shifted to another town where Bilzerian carried his father’s machine guns to school. This time he not only got expelled but asked to leave Utah.

Since then, he believes that only power and money can make him a big man. He never fears from taking risks and that has only made him what he is today.

Being Paralysed ! Steph’s Style with Makeup Brushes is Absolutely on Note